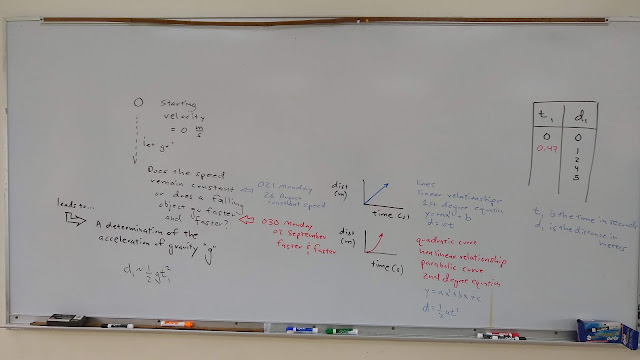 I then covered the specific procedure. 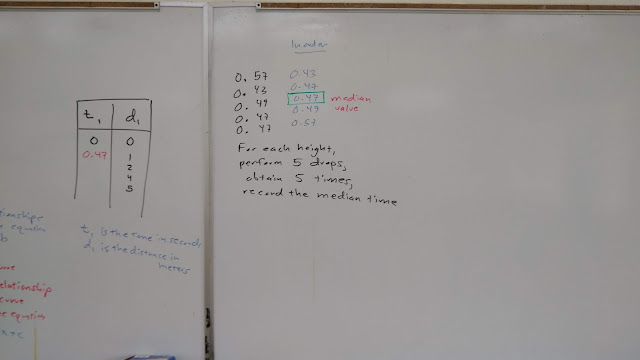 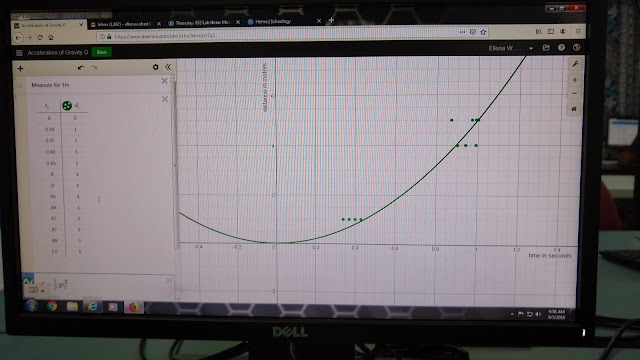 Later in the computer laboratory I would find that for one lab team, plotting all of their data individually would reduce their error. This was an approach I had not taken with the data before. 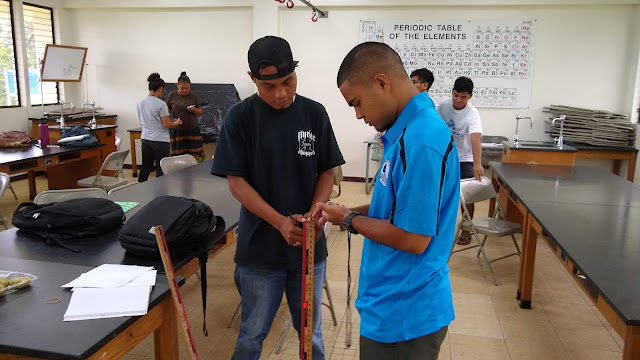 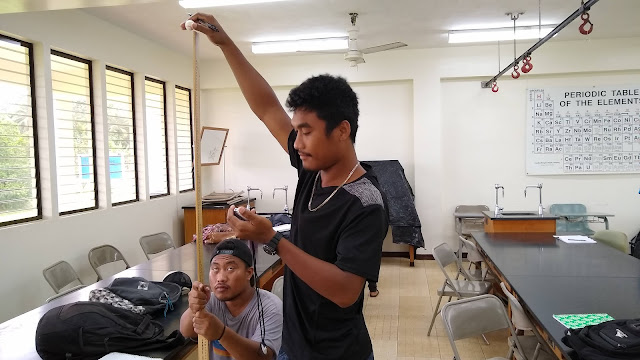 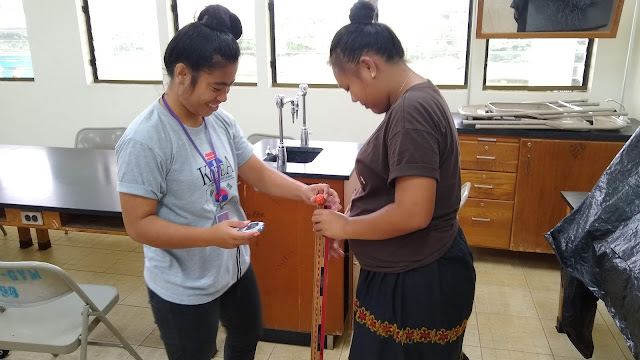 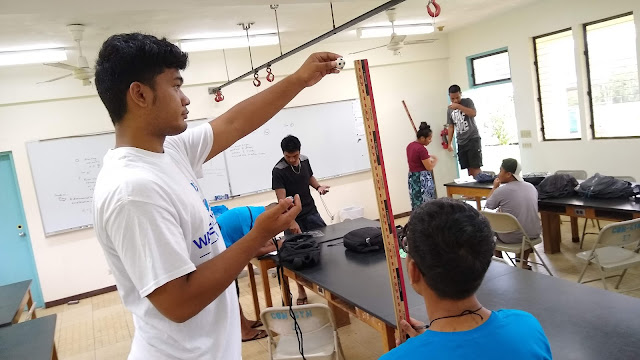 Friday I opened with a quick overview of the week and the nature of the parabolas, and then had the students sketch ball arcs on the board. 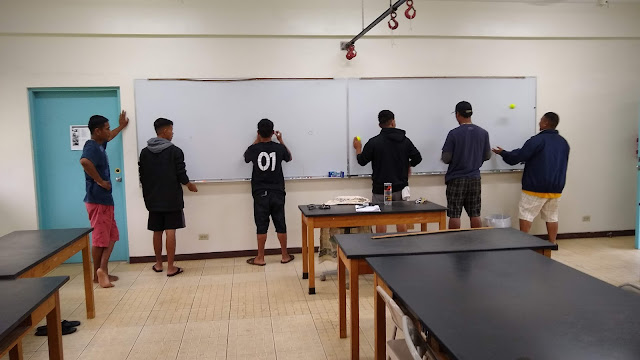 Although the balls were distributed to both genders, as is too often the case only the men wound up at the board. I used this to cover the issue of equipment and gender in science classes and the interplay with cultural factors out here. The class continues to serve as a pre-teacher prep course among its many other roles. 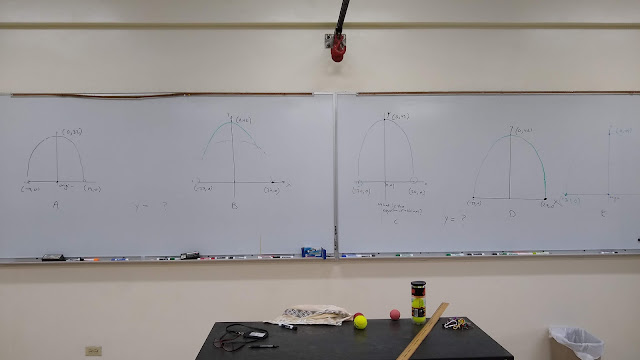 The arcs. The question left to the students: what is the equation. Many used Desmos tables and a quadratic regression to find the equation.
physci