Plotting polar coordinates in Desmos and a vector addition demonstrator

July 05, 2017
In an earlier post I noted that Desmos did not directly plot polar coordinates. Not only was I incorrect, but Desmos responded to my blog to correct me! 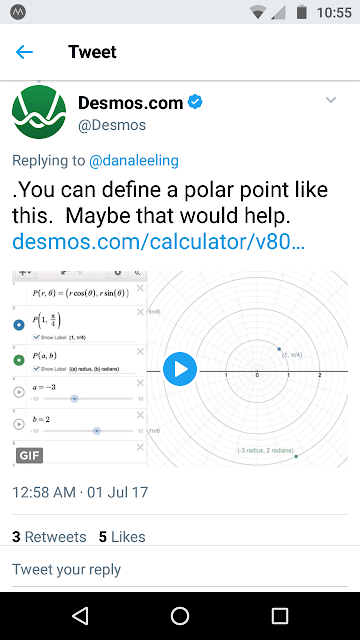 Although I had at some point seen that one could define a function f(x)=3x+5 and then have Desmos calculate f(6), I had not absorbed how this might be used to plot polar coordinates. The above works beautifully.

Realizing that I could effectively program Desmos, I applied this thinking to demonstrating how to add two vectors when given the magnitudes m and the direction angles theta. The graph calculates the i and j components for the two vectors and then adds the vectors, graphically displaying the result while also providing information on the magnitude and direction of the vector sum. 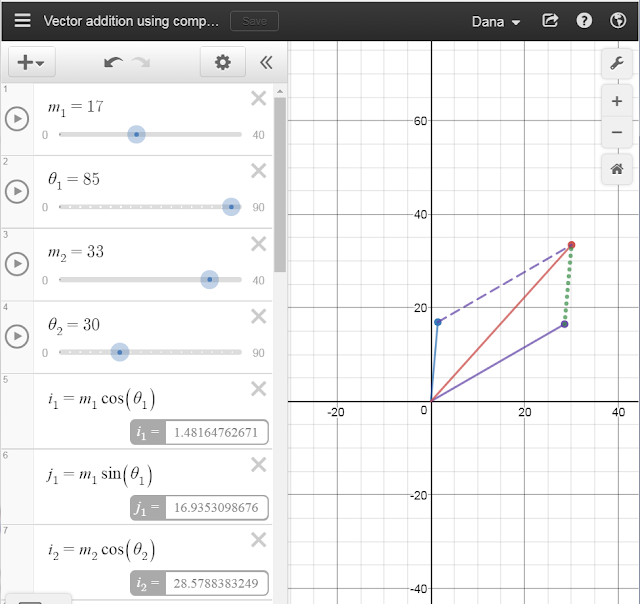 Lines 5 to 7 calculate the i and j components. 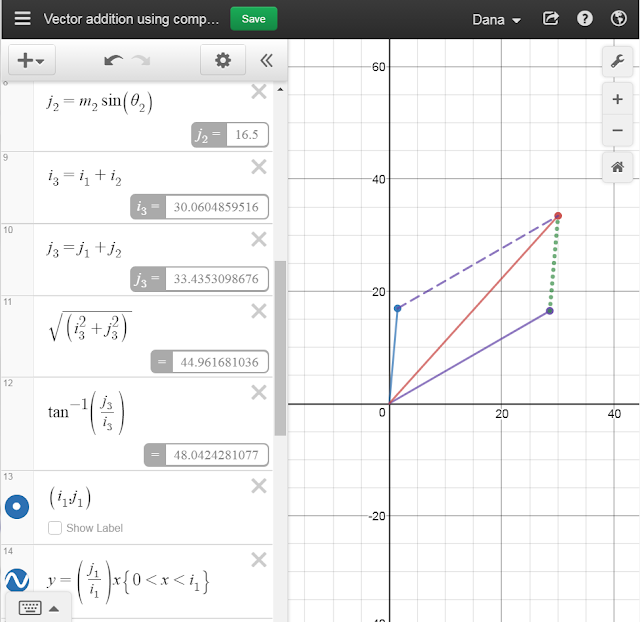 Line 11 provides the magnitude of the resulting sum of the vectors, 12 the direction angle. 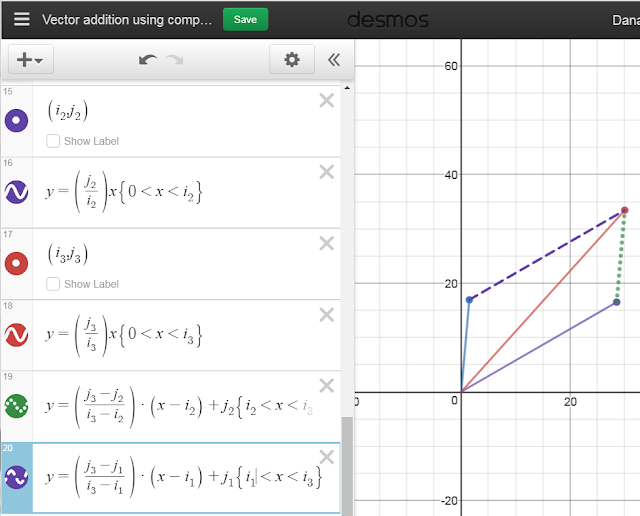 The rest of the "machinery" handles the dotted and dashed lines.

My sincere thanks to Desmos for opening my eyes to the ability to program Desmos mathematically. I know I have only barely begun to tap the potential of Desmos, and I have yet to fully comprehend how to reconstruct the collegiate mathematics classroom around the capabilities of Desmos. I am keenly aware that there is a complex transition from the traditional approach to those facilitated by Desmos, not the least of which is handling course equivalence between institutions. The skill sets and paths to solutions differ. As my daughter said the other night while trying to find solutions to a fourth degree equation with synthetic division, solutions which I had already found graphically with Desmos, "Yes, dad, but we cannot use Desmos or our smartphones in our school."
Desmos education mathematics tech