Showing posts from December, 2010
Show all

Christmas break reading included Those Fascinating Numbers by Jean-Marie De Konnick. The plot is simply one to the Skewes number.

Many of the concepts are simply beyond me due to my own lack of grounding in number theory. I was, however, introduced to Fermat's Little Theorem and became interested in the Carmichael numbers. The smallest Carmichael number, however, is 561. An attempt, however, to calculate the number 2 560 on a calculator, let alone any other base, caused smoke to come out of my calculator. An error message was all I could achieve.

PreDigital: A trip to Wone 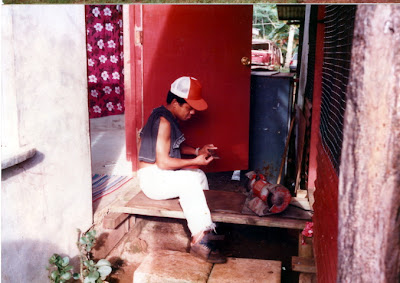 Preparing for a trip down from Kolonia to Wone, Henry sharpens knives. This particular trip took place fall 1992. Every possible weekend the family would pack up and go out to Wone, the original family home.

Arrival and unpacking usually occurred at the house of Mayerico Salvador, which is located at Frederico Salvador's place in Wone-Luak, Kitti, on Pohnpei.
Frederico's home was apparently originally constructed as a nahs and later walled in.
Inside everyone shared a single commons area for sleeping. One really was a member of the family, and not simply a guest. More than anything else, the Salvador family and Wone caused me to decide to stay and work on Pohnpei.
Weekend days in Wone were spent working - cutting grass the old fashioned way. With a machete and elbow grease.
Meals were often prepared in the nahs by Mayerico's home.
Maria Salvador on the hunt. I pity the fool who cut down her apple tree.
Bath time in Wone was also play time in the swimming pool. Laundry, however,…
Post a Comment
Read more 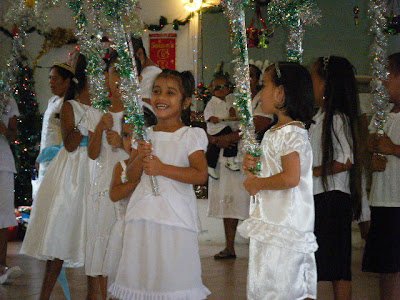 A few photos from the Christmas marching in the Kosrae Congregational Church!

Sunday school led the marching groups. Mwet mactuh. Star line for the youth group. Senny's group, from the back line of the choir. Senny's uniform for the women. Marching was followed by an all-church dinner. Praise the Lord and pass the fried chicken!
Post a Comment
Read more

December 24, 2010
One of the difficulties with ethnobotanical traditional medicines is that they sometimes seem to be more effective when used within their cultural contexts and traditional cultures than in sterile laboratory environments. The impact of placebo effects has long been an issue in ethnobotany. Dr. Ted Katpchuk of the Beth Israel Deaconess Medical Center in Boston, Massachusetts found that the placebo effect holds even when the patients know that they are being given a placebo. As Kaptchuk noted, "This wasn't supposed to happen, it really threw us off."

The finding by Kaptchuk and his fellow researchers, it seems to me, has a huge potential impact in understanding traditional medicines and in my ethnobotany course. Integrative, holistic medicine has shown the that a positive personal healer-patient relationship at the heart of successful integrated medicine such as at the Continuum Center for Health and Healing at Beth Israel in New York. 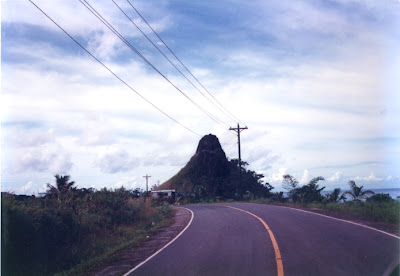 Underneath the television are photo albums that are more pulled off the shelf by babies than adults. The pictures are turning tones of reds and yellows by turn. The negatives are long lost. Photos, their meanings, and ways to conserve both have haunted me since at least 1978.
Since 1998 I have settled on the Internet as being the most promising technological solution going forward, although the web may yet prove to be the ultimate glass slide.
I first utilized CompuServe as that was how Pohnpei was first connected digitally to the outside world. The very first connectivity, circa 1995, was only through CompuServe. By late 1996 the nation was connected directly to the Internet. As CompuServe was pay-as-you-go, I began to move my material to GeoCities.

By 1999, when the college deployed a web presence, material began to populate the college server. The new "glass slide" format issue was where to store pictures that would be around in the future. Three servers in four years di…
Post a Comment
Read more 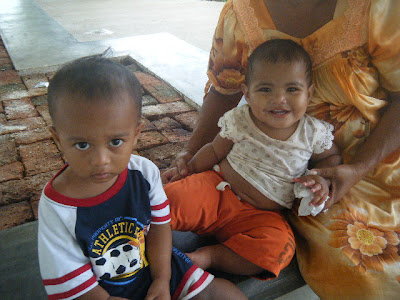 A full day for the day little man.
Mid-afternoon included an impromptu meet-up with a lovely young serepein. Unfortunately the ohl was a tad shy.
An afternoon nap - and a fine smile. An evening out with the boys at market. Good friends together at market. Mitsuo "Nahnsou" Daniel. Another denizen of the market working on opening his chips. Deisleen. A new baton. And by the end of the evening, a newly adopted substitute mother. Feliciana "Likoen" Spencer.
Post a Comment
Read more 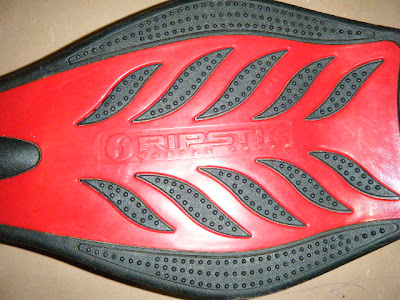 The young man looked at the RipStik sadly. His older brother had sent the stik as a birthday present. Try though he did, his attempts to stay upright and on the board had all met with instant failure. With no further thought I walked over.

"What hand do you write with?" I asked. He looked puzzled, but held up his right hand. I moved him over to the left side of the board. I told him to use his left foot on the front platform to bring the board up to level while keeping his right foot at the torsion bar. He looked ahead, ready to go. I corrected him.

He was up instantly and stayed on for a good three meters. He went off the board, but he landed on his feet with  his face lit up…
Post a Comment
Read more 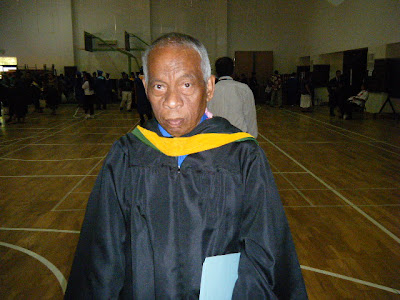 The theme of the 52nd commencement exercises at the Palikir Pohnpei campus of the College of Micronesia-FSM was themed, "The journey to success has just begun."

The president began by noting the college had 152 graduates system-wide, with 120 here on Pohnpei. Six of those 120 were graduating with a partnership baccalaureate degree from the University of Guam, with two of those graduates being among the top five education major graduates in the UOG system.

The president also noted that eight Micronesian faculty/staff were working towards higher degrees under the college staff development plan.

Professor Susan Moses gave a final, final examination testing the students from the podium in her commencement address on the college's institutional learning outcomes. Assessment permeates the college in all that the college does.
Jasmine and Laura
Valedictorian Jasmine Mendiola thanked her family for their support throughout her years in school, and gave special thanks to friends an…
Post a Comment
Read more 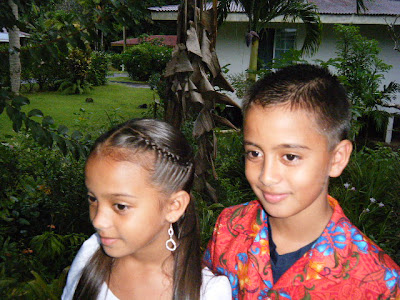 All dressed up for the evening Christmas concert!
Singing on the line... long shot in a dark gym Go tell it on the mountain in the round...
A tank built from a hand sanitizer bottle, three corks, a bottle cap, and a pen cap. Seen on the way home from the garbage dump.
Got milk? When I heard that there was a meeting on The Master Plan, I showed up expecting maybe a Sith Lord would explain how we would conquer the known universe. Needless to say, I was a tad disappointed when I discovered otherwise.
Post a Comment
Read more 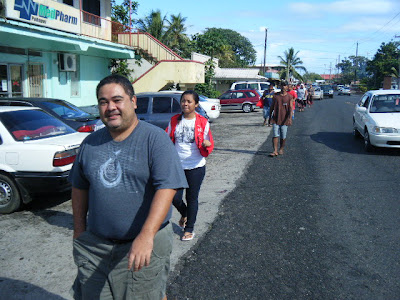 This morning all locally owned and operated store owners and employee closed their doors and marched on capitol hill to make known their disagreement with a recently passed alteration of the foreign investment laws on Pohnpei. While the particulars of the change are not entirely clear to this author, the event was a demonstration of democracy in action. A people aggrieved showed up en mass at their legislature to petition for redress. History in the making.
Taking the lead marching up main street.

Employees on the march in support of small, locally owned and operated businesses. Part of the core of Pohnpei's small island identity. A people place, a family place.
Virtually every locally owned and operated store along main street was shut door. According to one owner, this was the first time they had seen the local businesses so unified.
No business was forced to close, and some smaller operations chose to remain open.
The legislature met and was filled beyond capacity. I was informed th…
Post a Comment
Read more
More posts