August 29, 2019
This term I pre-announced the week prior that the class would meet on the LRC-F2 sidewalk on Monday, not in A101. I did not pre-mark the sidewalk. I handed back quiz 014 from Friday along with a hard copy of the answers. 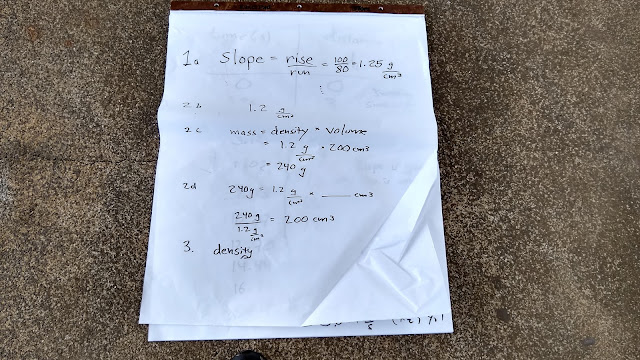 I brought along poster pad and wrote out some sample workings of the problems. This was the first term I brought a poster pad, and this would prove fortuitous later in the period.

With the class spread out along the length of the F2 sidewalk, I segued from slope as density to the question of what would happen if time were plotted against distance for an object moving through time and space? What physical entity would the slope be? 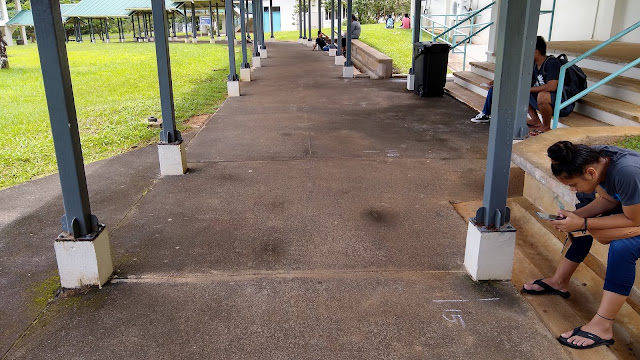 I then marked off the sidewalk during class, rather than ahead of class. This solved to a large extent the slow procession from A101 that has, in the past, forced the pre-marking of the sidewalk ahead of class. One student noted that the result of a graph of time versus distance would be velocity. 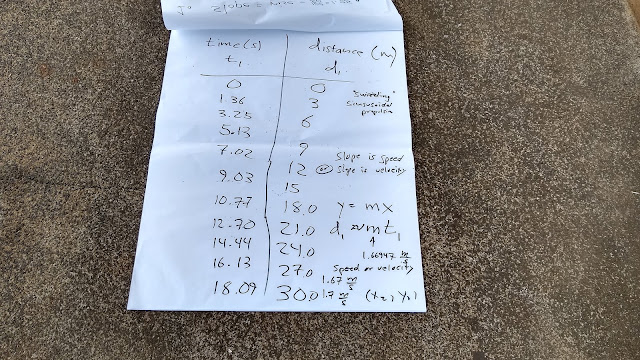 I then made the RipStik run and recorded the data to the poster pad. Following this I entered the data into Desmos and set up the linear regression. 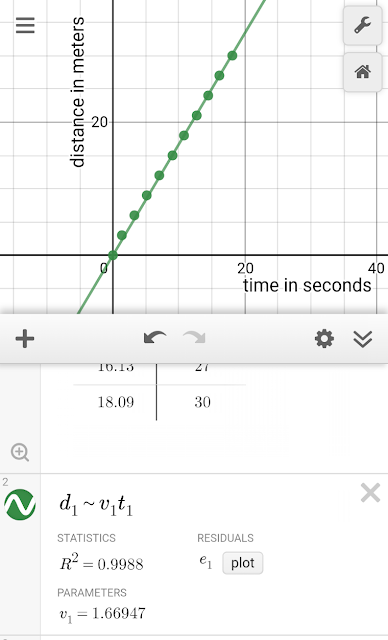 The result was a velocity of 1.67 meters per second. I noted that for our purposes velocity is equivalent to speed. 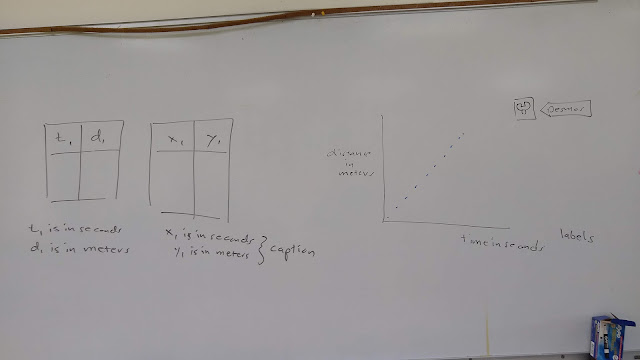 Wednesday I began with errors I was seeing in the laboratory one reports and the homework from Monday - missing table captions and unlabeled axes on graphs. 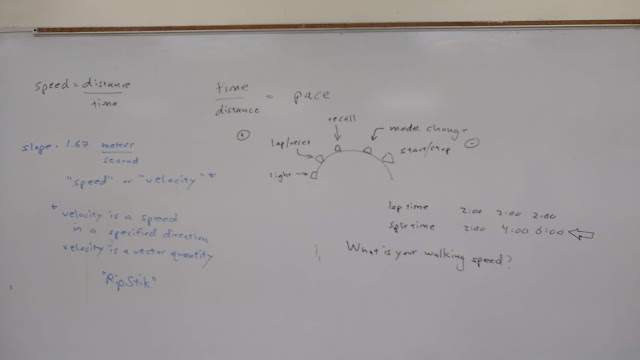 I then picked up the ending idea from Monday: how fast is the RipStik relative to your walking speed? What is your walking speed? I noted that the class would be using the chronographs in Thursday's laboratory, so I explained the operation of the chronograph and then we went out to the sidewalk to measure walking speed, duplicating what I did on Monday on the RipStik. I had the students walk off the 30 meters taking lap times every three meters. For those who had smartphones I asked them to graph the data and run a linear regression on their data. For those without a smartphone I had them divide 30 meters by their time to cover the 30 meters. Speeds appeared to be around or just above one meter per second, 1.1 m/s and 1.2 m/s. I did not see any under one, but of course that is a possible value.

Thursday's laboratory then explored how speed relates to slope. 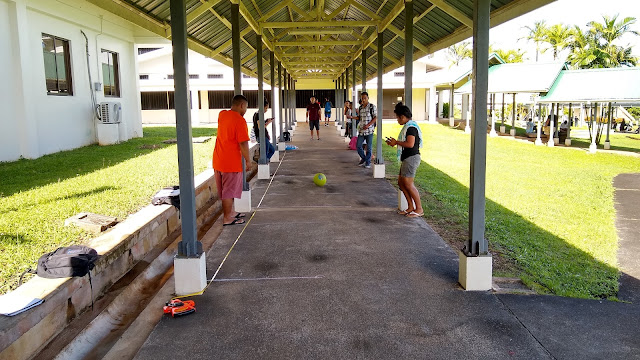 A slow ball was timed across one meter marks out to ten meters on the sidewalk. Some students used data only out to eight or nine meters, which also produced usable data. 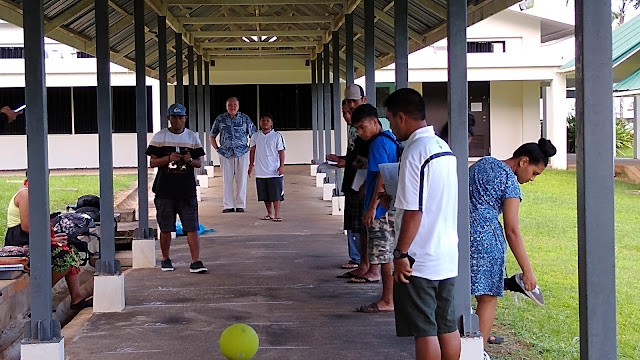 Again this term the data was reasonably linear - the slight downhill in the sidewalk offsets the slowing effect of friction.

Prior to the experiment some students have no clear idea how the data will plot out on a time versus distance graph. Some students reversed their time and distance columns, producing pace not speed. One student suggested the data would be curve, another thought a negatively sloped line would be produced. A couple students suggested the slope would change, but they seemed to pull back their opinion when other students voiced other opinions: they were uncertain whether they were correct. This suggests that this laboratory, albeit simplistic, remains worthy as a way of introducing the students to multiple linear regressions on a single graph and the concept that slope is speed. What seems too easy and obvious to me is not for the students. When their data plots as a line, well that is almost magic.
physci