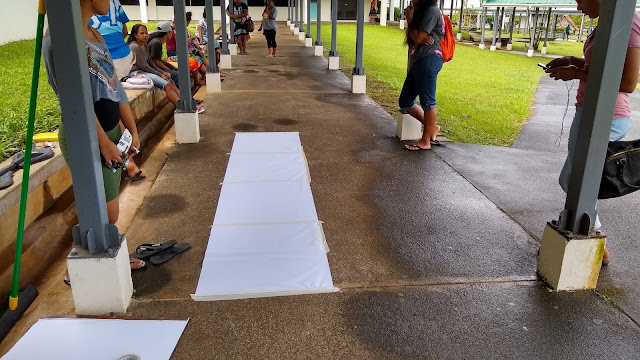 Again, I had to find a place between the drips to lay down the paper. 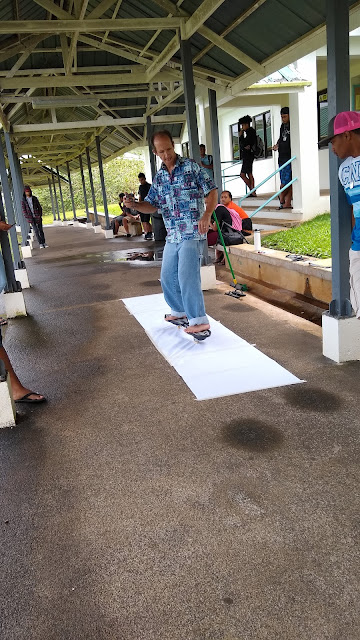 I rode barefoot as I have found that this gives me a slightly larger amplitude, a slower deeper swizzle. 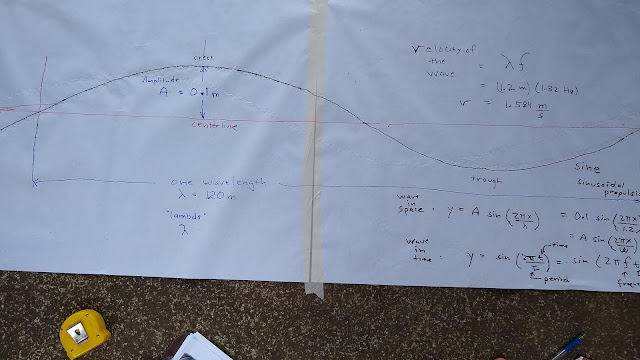 The amplitude was seven centimeters last fall, this term the amplitude ranged from 9 cm to 11 cm. Note that this term I chose to shift to meters for all measures in keeping with the increasingly dominant use of meters in other laboratories. 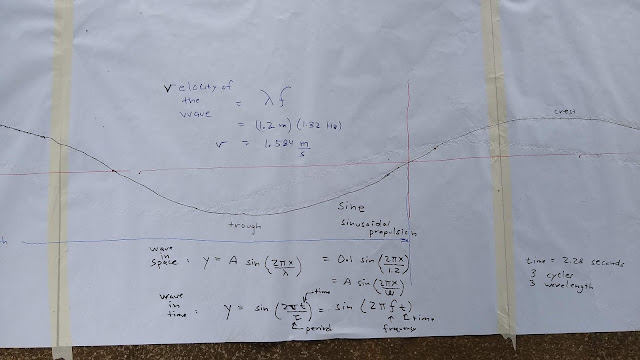 Barefoot gave me a slower swizzle - lower frequency - with a deeper amplitude. I accidentally laid down three 1.2 meter wavelengths. 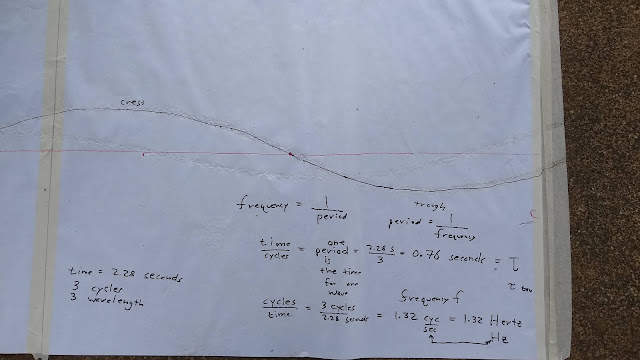 Wednesday in class began with a demonstration of Desmos using the 50" monitor at the back of the classroom. A Chromebook running the Desmos Android app permitted running the demonstration in a location which has no WiFi access. 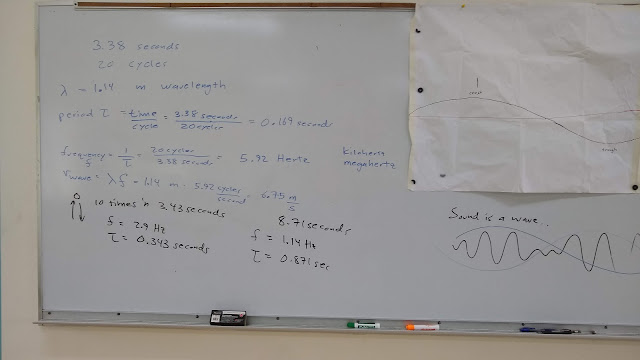 Rope wave and ball bounce calculations on the board Wednesday. 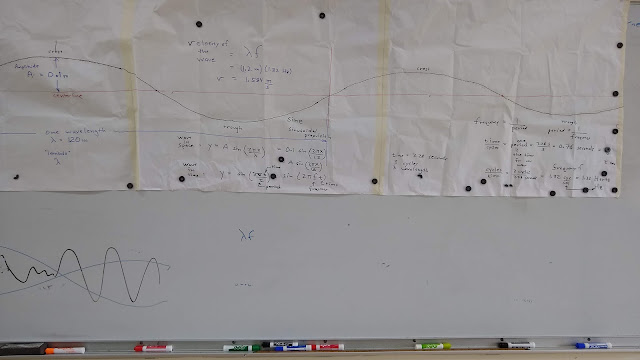 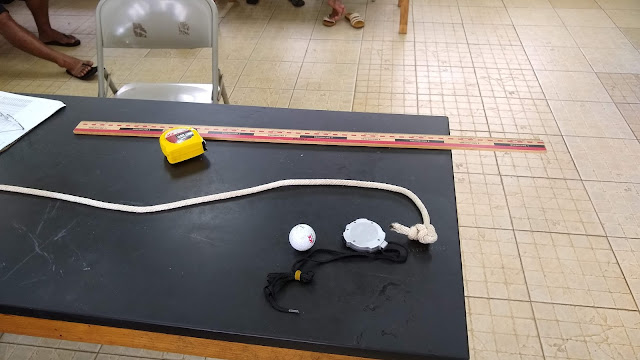 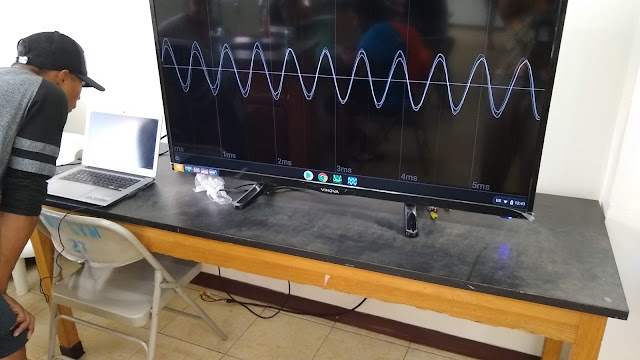 Wednesday wrapped up with an oscilloscope app to show that sound waves are sine waves two. A function generator app was also used. 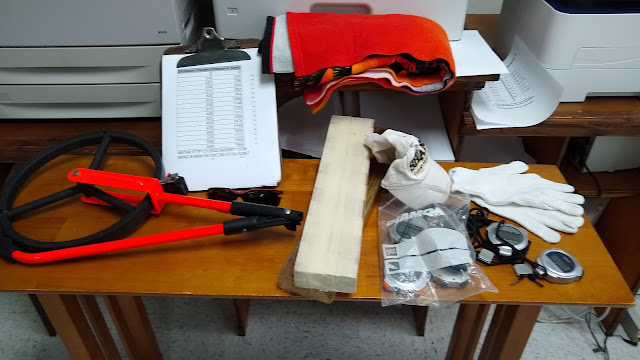 Thursday's measurement of the speed of sound requires a fair amount of equipment. 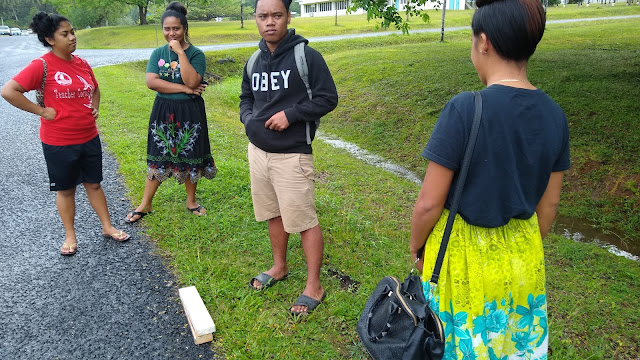 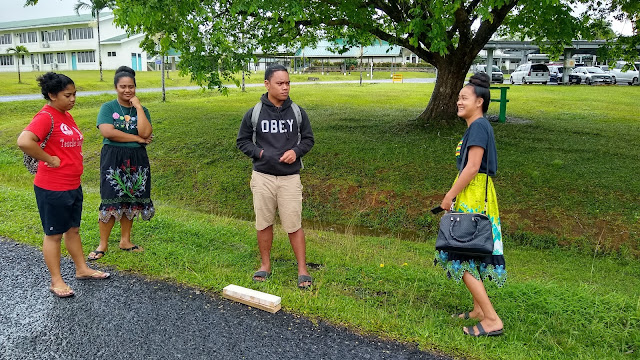 Rain was a factor. Chastity and Caslyn remained with Gilbert on communications duty. Praislyn on the right. 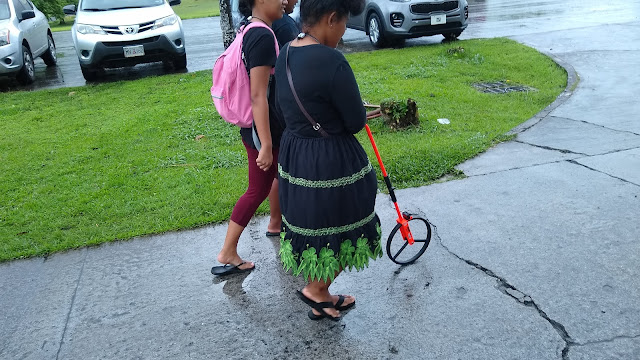 Heavy traffic today due to conference at gym 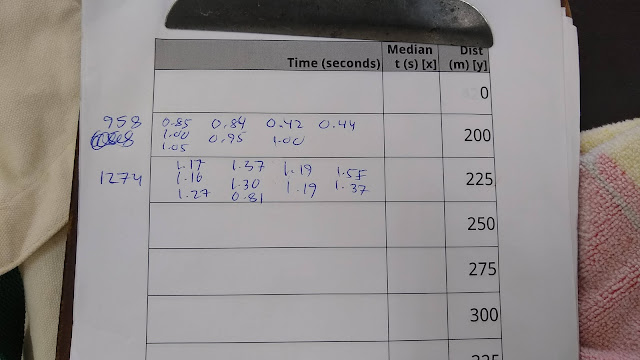 The pre-printed distances were ignored due to rain and traffic. Two locations were chosen that were closer to shelter in the event of rain. The two locations, one by security and one down across from the west driveway of the gym, also provided space to get out of traffic. Note that this worked well, perhaps in some ways better than the 25 meter spacing. We just go to a convenient distance, near shelter or shade, and take measurements there. 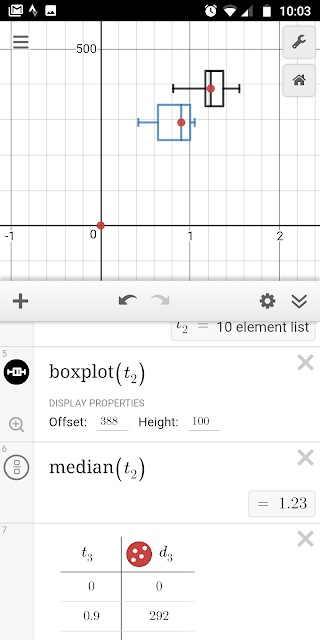 The new boxplot capability in Desmos permitted entering the raw data as a list, and then using Desmos to make a boxplot and find the median value. Note that the offset and height of the boxplot permits the boxplot of the raw data to be seen at the scale which the sound data exists at. Red dots are data points from the 8:00 class. 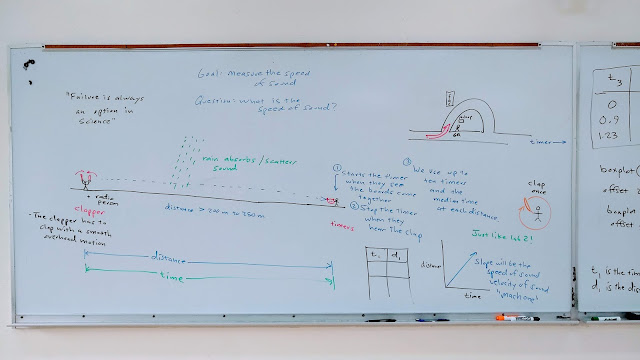 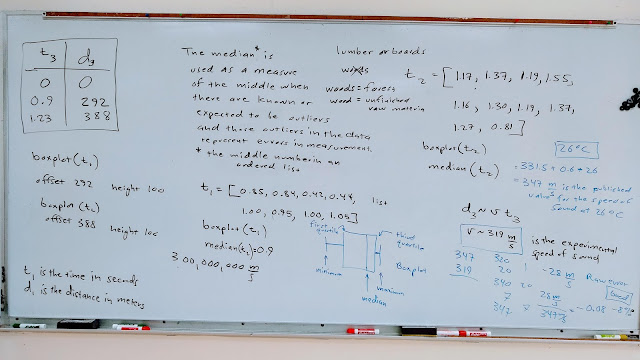 Data from the 8:00 class. For the first time in many terms the class returned to A101 to share data. 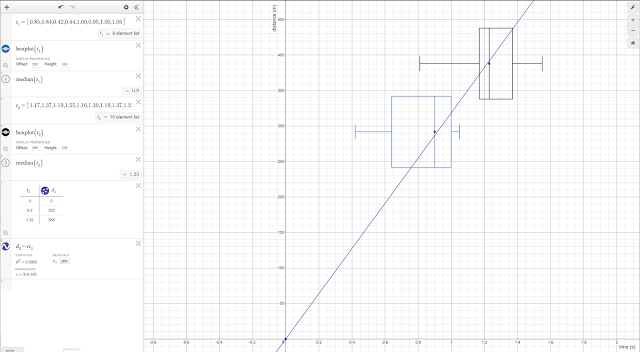 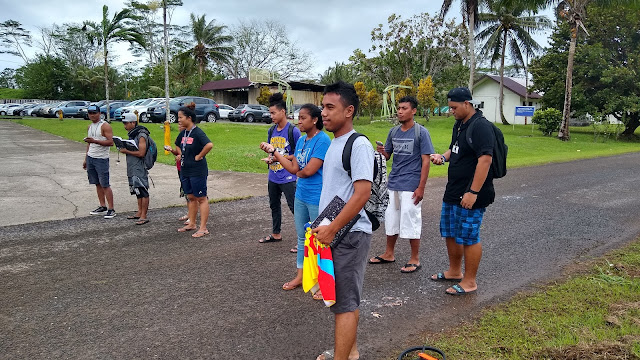 Dexter on flag duty, everyone else timing. Weather had improved. 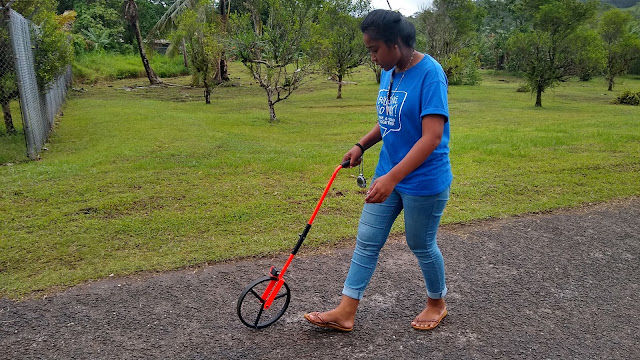 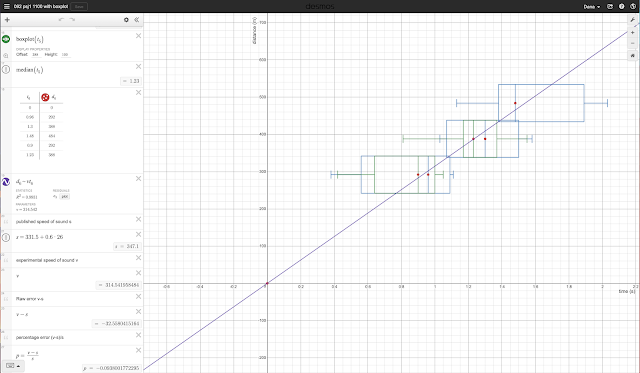 Desmos with data from both classes. First two distances were the same.


Friday will wrap up with waves in art and music, a video playlist, as a way to expand the students horizons on the interplay between science and art.