Wave forms and the speed of sound

October 19, 2018
Monday would start with the laying down of a waveform using the RipStik. Heavy rain threatened to flood the sidewalk and the sound of rain on the walkway roof prevented any communication while outside. 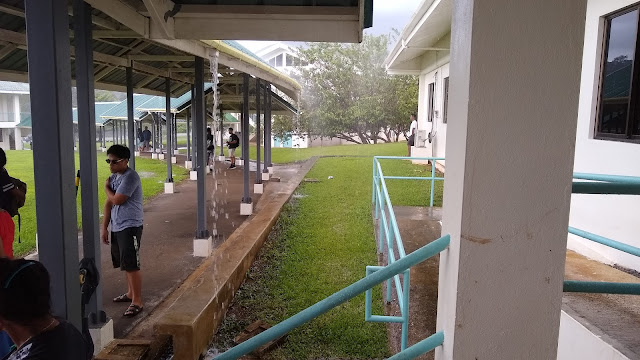 Heavy rain fell during the class. 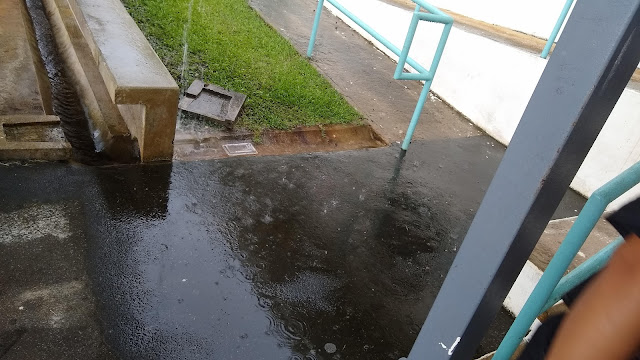 Flooding especially from here was a possibility. 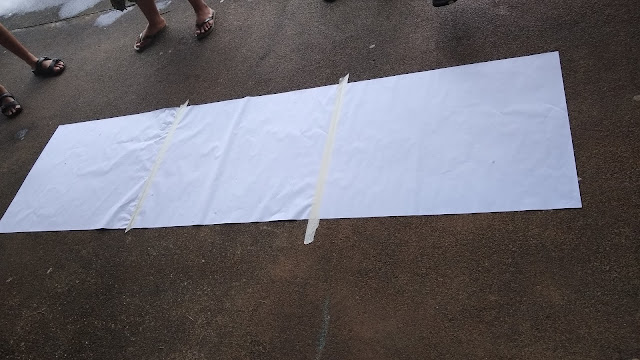 Finding a no drip location was challenging. 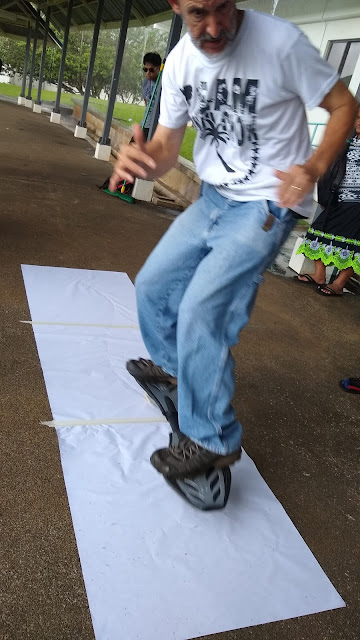 Laying down the wave. 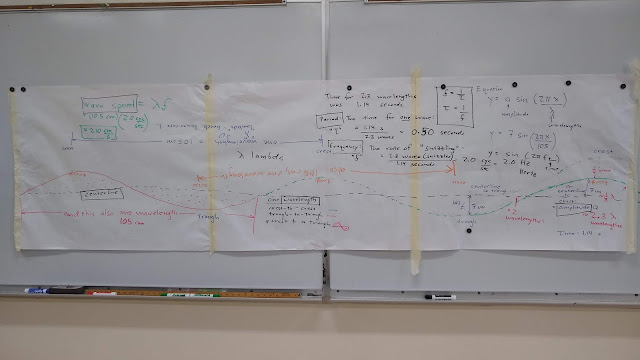 Due to the noise, we returned to the classroom for an explanation of what I had been writing on the paper. Note that the poster pad was completed out on the sidewalk in silence during the rain. 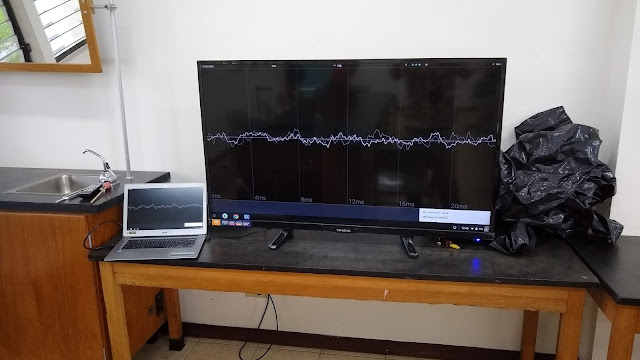 Wednesday I did a demonstration with a rope, following by a golf ball, and then the meter stick. Finally I used a tuning fork and an oscilloscope app running in Android on a ChromeBook. I also demonstrated the pitch of sounds using a sound wave generating app. 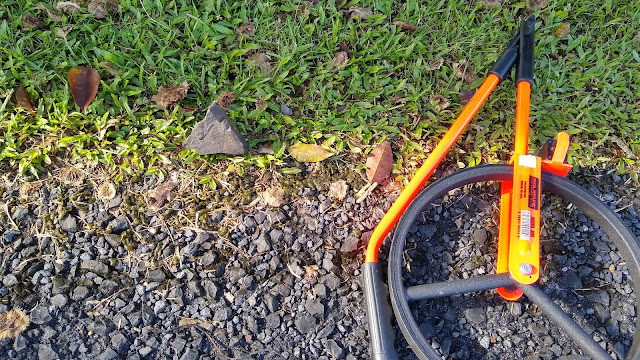 A triangular rock again marked the zero point, and, as done last Spring, the start was moved west to the first tree after the eastern turn-in to crescent drive. This helped keep the clapper out of traffic. I forgot to note that the clapper is best seen when they stand in the middle of road. The sun on the southern board would prove particularly useful. 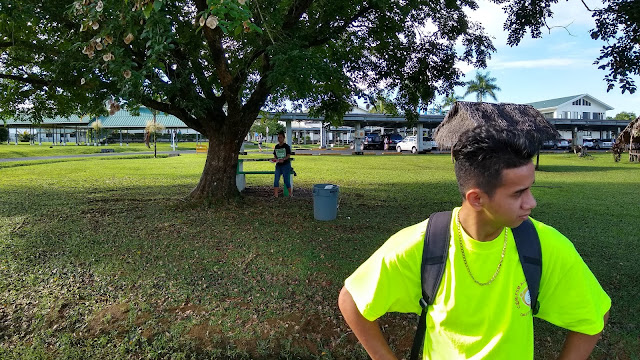 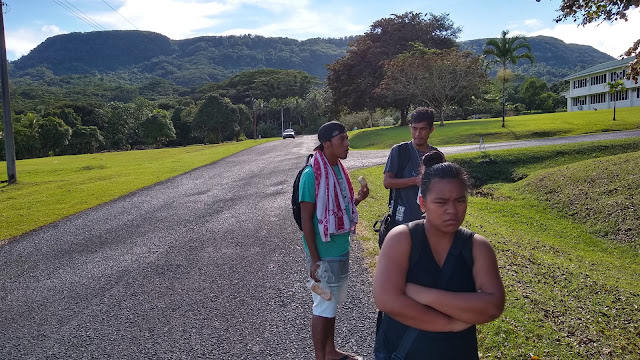 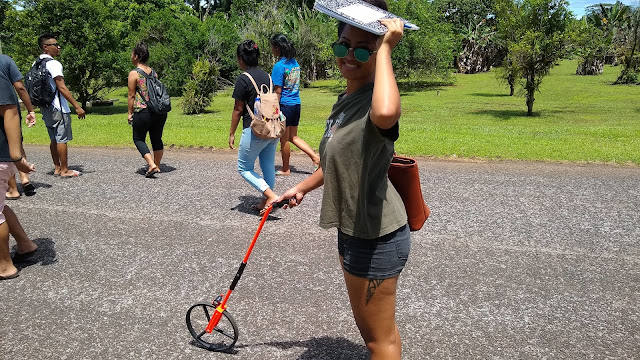 In the afternoon the measurements had to start at 300 meters due to weed whacking occurring at the 200 meter mark. 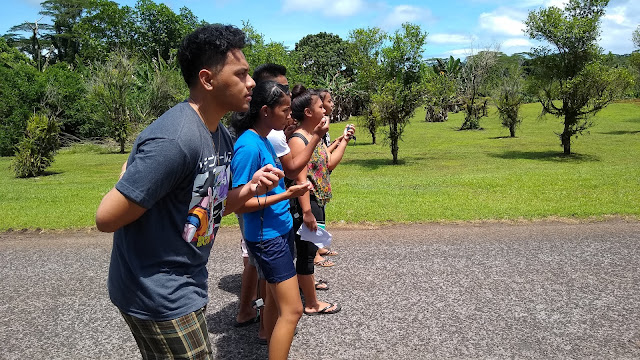 Keanu and LcRose on the timing line 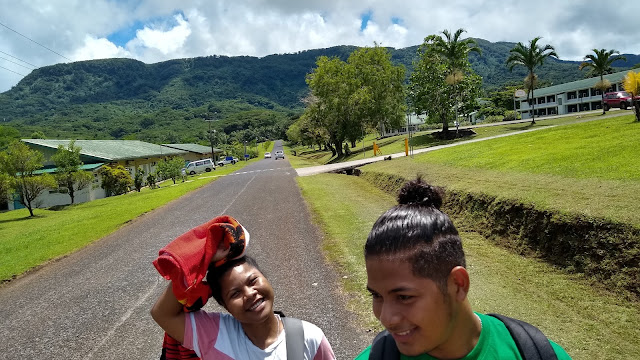 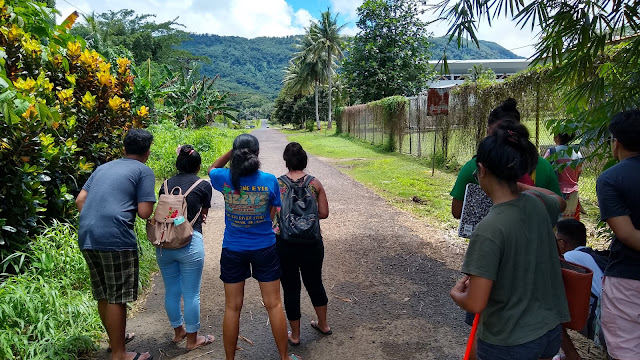 With the start pushed back to 300 I used single timing runs to reach a record 600 meters in the afternoon section. Visually challenging, but the quiet of that segment of road meant the clap could be clearly heard. 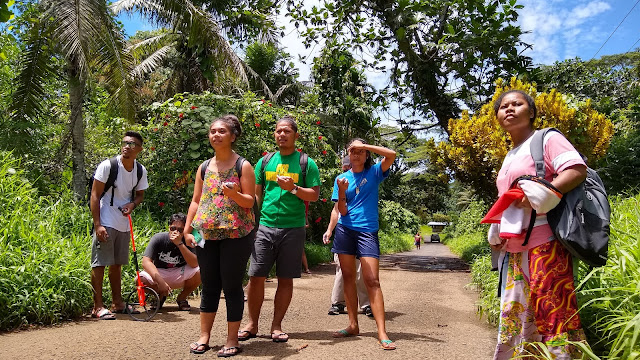 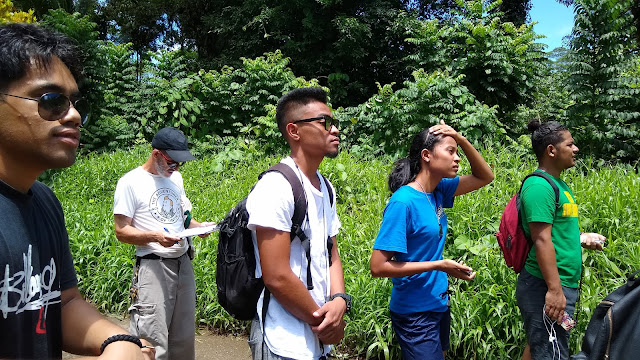 32 Celsius in the shade, hotter on the road. Hat and sunglasses are a real plus. 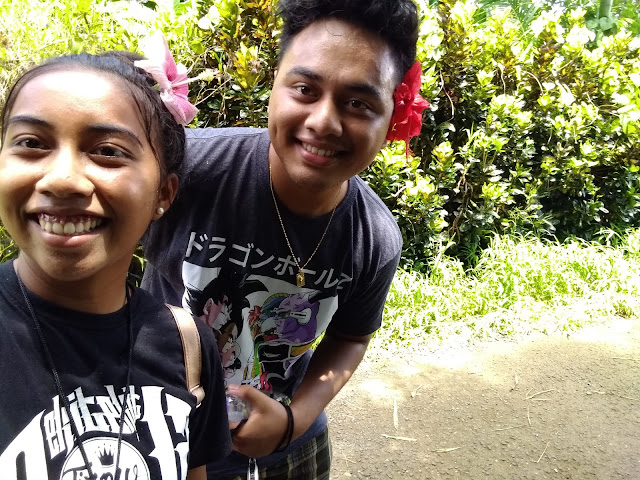 Ann-Julie on the selfie cam with Keanu

In lieu of a Friday quiz I wanted to expose the students to more sound wave physics effects and wave phenomenon. This is a developing concept, but starts with a playlist of videos featuring a Cymatics video, some behind the scenes videos, and a few other wave phenomenon videos. Again, the course is a non-majors course in physical science with students who generally have neutral to negative attitudes towards science. Motivating the students to engage means making science cool, and science is cool. But education spends years beating the coolness out of science classes, making the subject seem hard or inaccessible. The field seems to rely on Carl Sagans, Michio Kakus, and Neil deGrasse Tysons to ensure a new, younger generation learns that science is awesome.
physci