RipStik change in momentum is force

September 17, 2018
Based on the providing a transition from coverage of momentum on Friday, I attempted to show that the external force would be equal to the change in momentum. The layout was similar to attempts to measure this from a few terms ago, but with some changes. 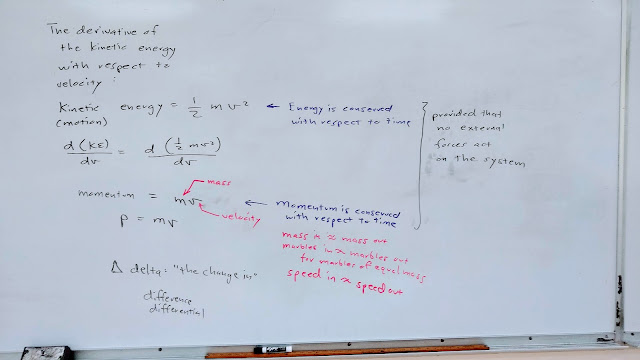 I began by repeating from Friday the relationship of kinetic energy to momentum. Then I added the caveat, "provided that no external forces act on the system." 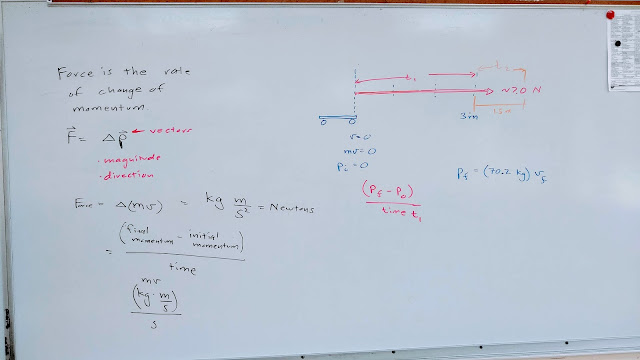 I then introduced a Newtonian definition of force as the change in momentum with respect to time. I also outlined the procedure I hoped to follow. I noted that I intended to start from rest, an initial velocity of zero, which would have a momentum of zero. I hoped to increase my momentum over a three meter distance, then use a 1.5 meter distance to measure my final velocity. The final velocity would be used to calculate my final momentum. Two imers timed the time t₁ over the first three meters, during which my momentum increased. Three timers measured timed the 1.5 meter distance after the increase in momentum. 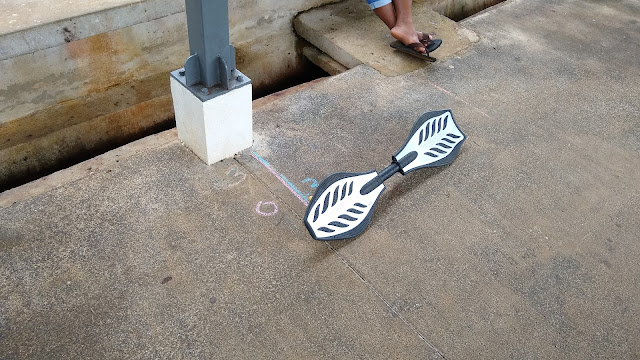 I started from rest by holding onto a post. 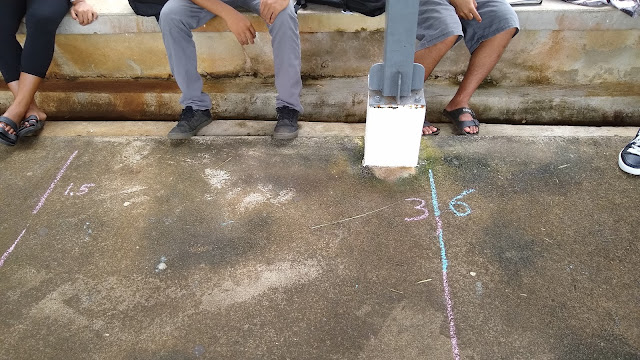 The blue six was left over from an earlier experiment in the day, the red three was the three meter mark. At that mark t₁ ended and t₂ began. t₂ ended 1.5 meters later. 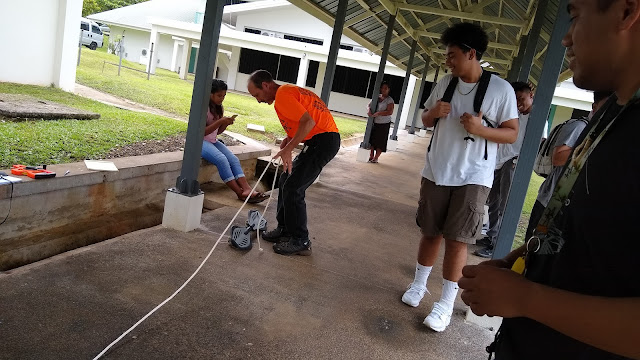 The rope led to a spring scale to be pulled by a student. An initial attempt at 10 Newtons felt like the force was too small. A force of 20 Newtons was then attempted. 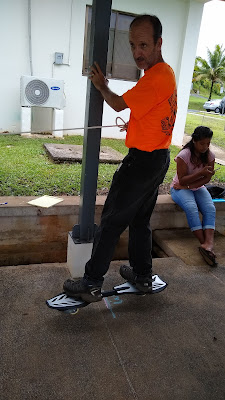 Holding the post and the rope, hands crossed: the rope would be dropped at the three meter mark, ending the change in my momentum. 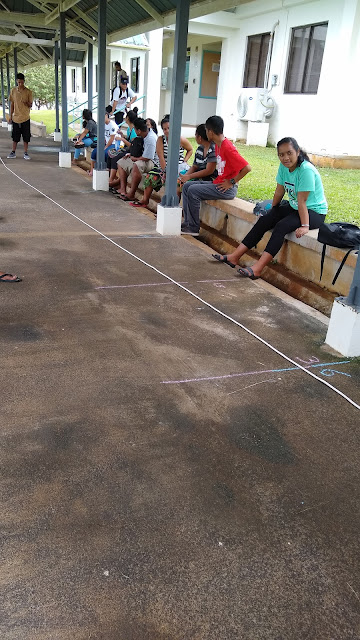 The rope extended well down the sidewalk. The timers would time 1.78 seconds for the first three meters, 0.5 seconds for the 1.5 meter speed trap. This made my final velocity 3.0 meters per second. My mass plus the mass of the RipStik was 70.2 kg, thus the final momentum was 210.6 kg m/s. That change in momentum occurred over a time of 1.78 seconds, thus the force would be estimated at 118 Newtons. This is a factor of six larger than the 20 Newtons. A post hoc analysis suggested that the student holding the spring scale may have held the unit in such a way that the piston was not free to move, holding the piston at the 20 Newton mark manually while pulling from the piston and not the body of the spring scale. Thus the force likely well exceeded 20 Newtons.

Of interest was that I was not destabilized by the estimated 118 Newton force. I remained upright and my shoes did not lose traction on the board. I was also able to handle the 3.0 m/s speed, using posts to decelerate to a dismount speed. This suggests that if the forces could be lowered and measured accurately, this demonstration might actually work. Perhaps knee pads and cotton gloves would be a useful recommendation in the event that I do go off the board.
physci