Newton's laws of motion and friction

February 19, 2018
Monday Google's Science Journal software and a smartphone taped to a RipStik was used to estimate the lateral forces generated by swizzling on a RipStik. Perhaps the technology obscured the concept of force. The idea of using a smartphone as a key laboratory tool - accelerometer, luminosity, audiometer, oscilloscope, magnetic field strength - is too tantalizing to pass up.

Wednesday I did the on sidewalk "PowerPoint" using signs on the posts to cover Newton's laws.

∴ Momentum is constant
including Momentum  =  0

Two
When acted upon by an external force,
The change in momentum is proportional to the force

Momentum is not constant

Three
For every force there is an equal and opposite counterforce

Attempts to demonstrate the first law run afoul of the effects of friction, which leads naturally to a laboratory exploring friction. 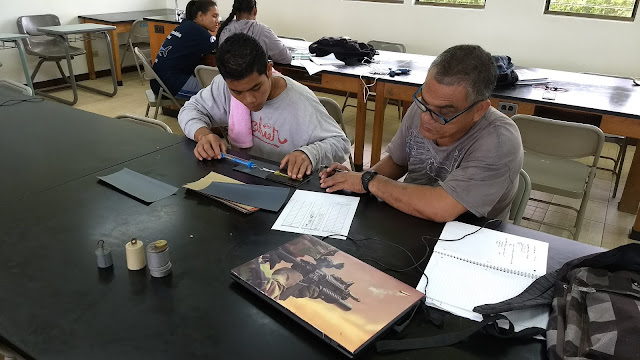 Rayden and Benter explore the effect of grit

This year the grit exploration benefitted from twelve grades of grit, up from the five in the past. 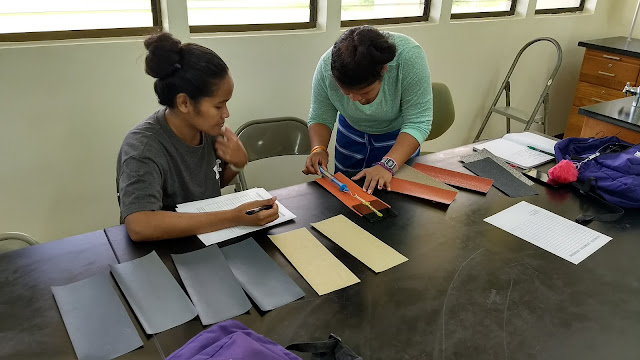 Juntwo and Heather with 12 grit grades 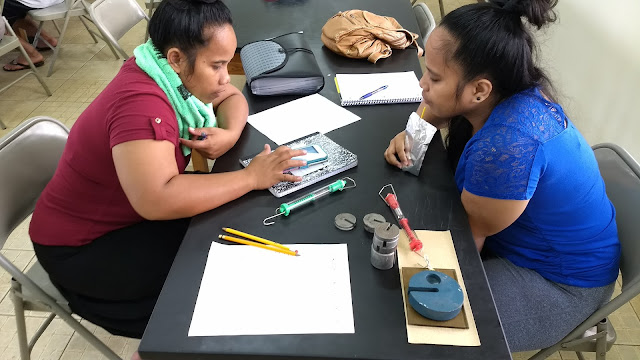 Tulpe and Suzanne exploring the effect of weight 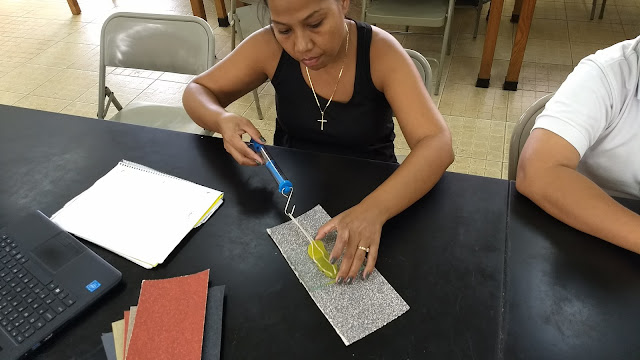 Yummy working on grit in the afternoon 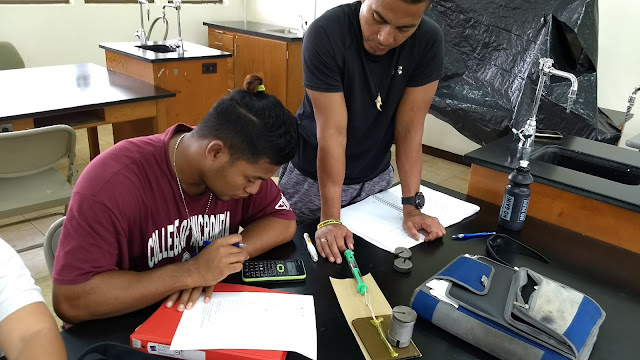 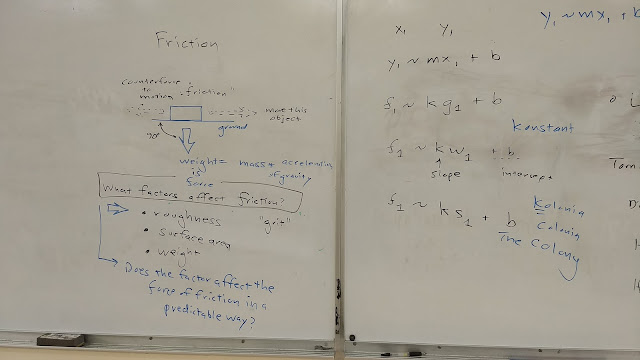 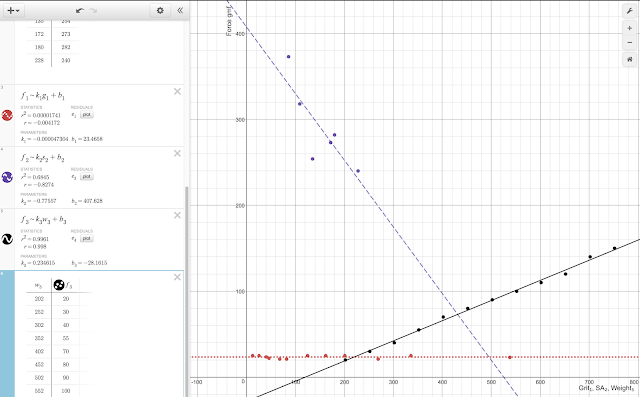 Friday the students presented their findings to each other. The weight appeared to generate fairly consistent coefficients of between 0.20 and 0.36. 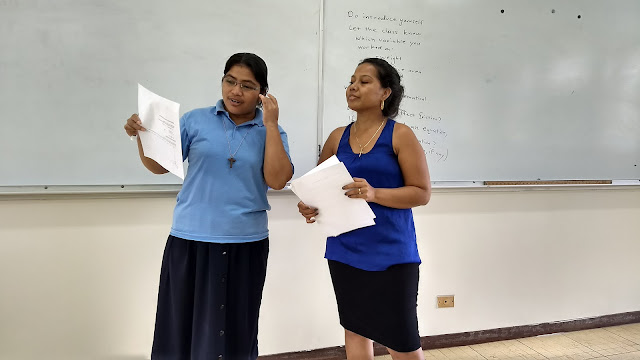 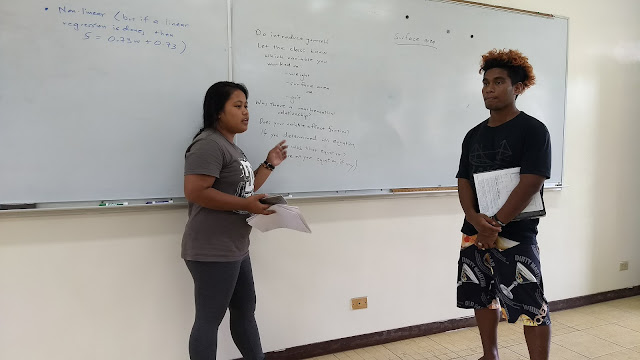 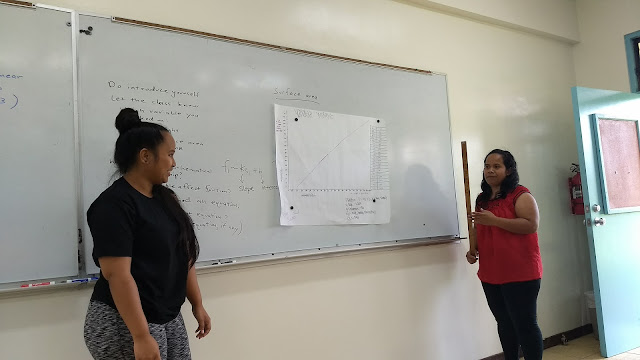 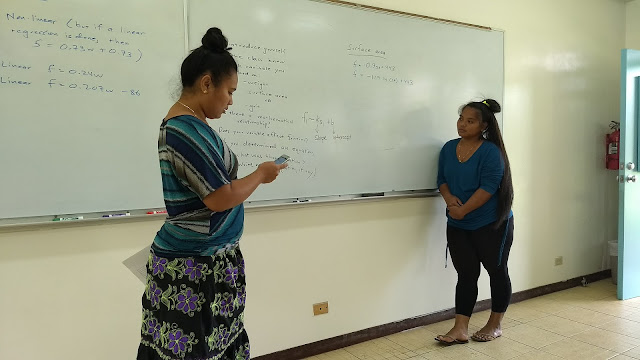 A list of weight coefficients of friction can be seen building on the board. The 0.75 would appear to be anomalously high. 0.24 and 0.207 are up on the board 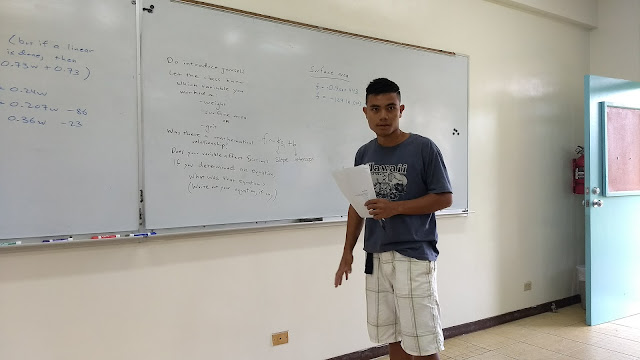 Grit would consistently produce a random result that would be about 25% of the weight. In other words, the weight alone was able to explain the force of friction being seen, the grit had no particular impact on the sliding friction of the glass. Grit graphs were made far more rational this year by the use of grit particle sizes instead of grit grades. 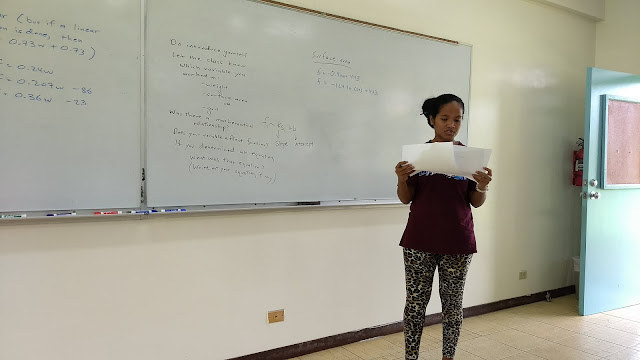 Surface would remain unsettled. Both groups obtained a negative relationship between surface area and the force of friction. For both the relationship was not consistent. For one group, the data appeared to be non-linear leading to the use of a logarithmic relationship. 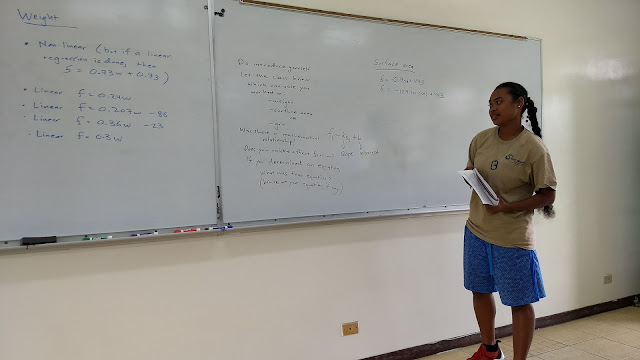 The last two weight coefficients can be seen above: 0.36 and 0.30. This would wrap up friction and the extended unit on motion.
physci