Sampling distribution of the mean

October 04, 2017
Sunny skies and no wind on Monday caused me to move the paper aircraft exercise up to Monday, replacing the bead throwing example for generation of the normal curve. 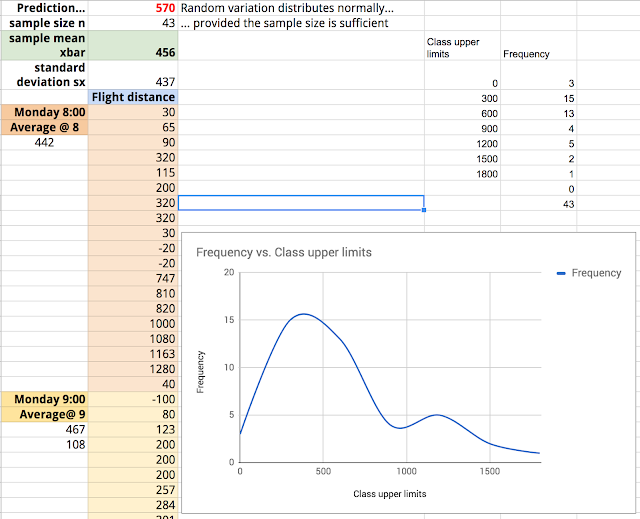 The 8:00 section had a deeply bimodal distance distribution for their paper aircraft, the 9:00 section was more symmetric, but a proper normal curve did not result from the samples, nor would I expect the sample to be symmetric. The variation in this exercise is quite large and smoothness requires a larger sample size. 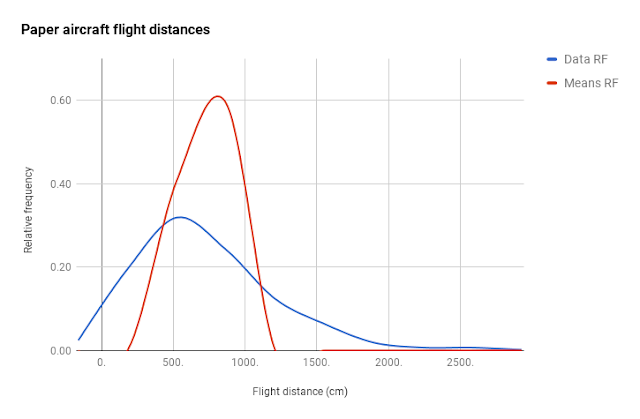 On Wednesday I could have thrown the beads, but I opted to rework a spring 2017 five marble exercise to demonstrate the sampling distribution of the mean. 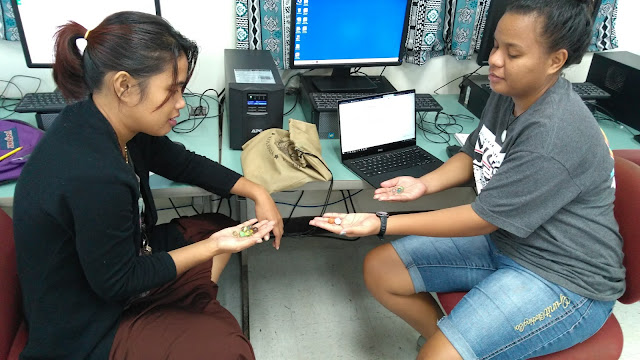 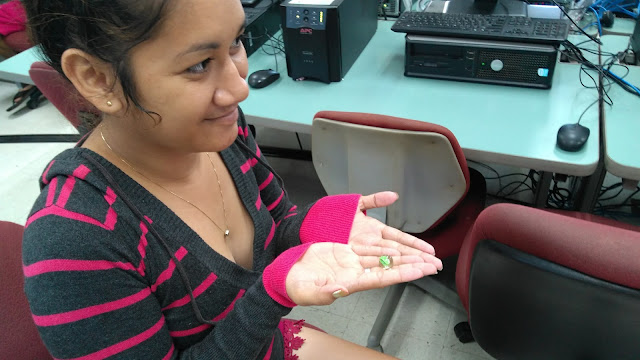 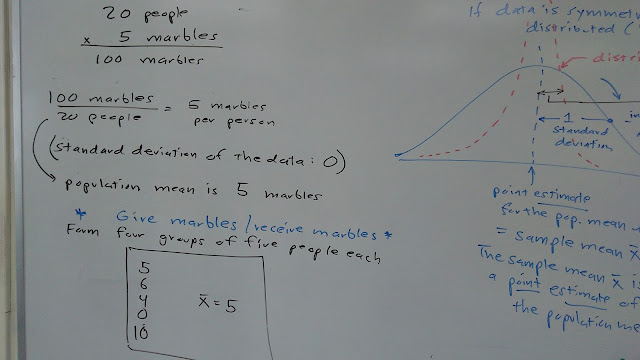 I then asked the students to form groups of five students each. That each section had a multiple of five was pure coincidence. Each group of five recorded the number of marbles each student had and the group average. The group averages were not five, except in one group. Yet, again, the population mean was five. The sample means ought to distribute normally around that population mean. With the known issue that groups of five students are really too small to ensure normality. The t-distribution will be tackled next week. 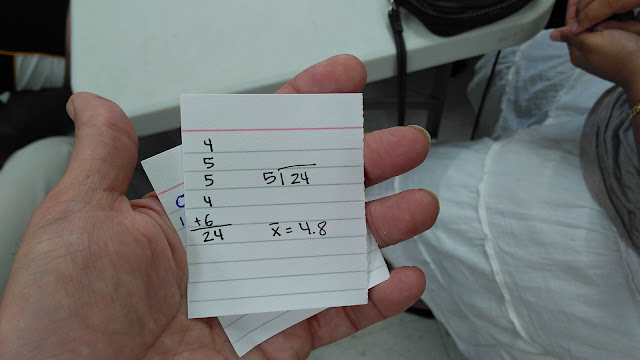 The data was transferred to a Google Sheets spreadsheet, a portion of which is seen below with the two sections combined.

Making a histogram of the number of marbles each student had after give and take and including the distribution of the sample means on the same relative frequency histogram, using smoothed curves, yielded: 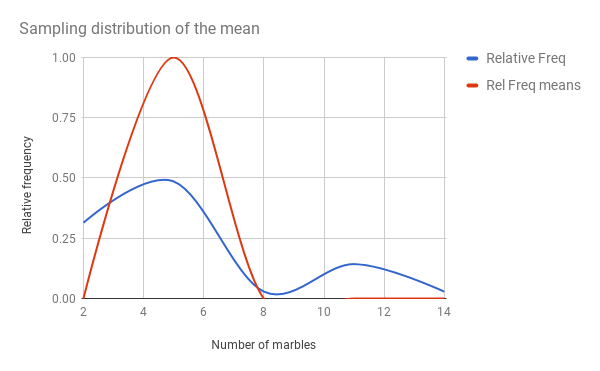 Although the underlying data distribution was bimodal, for the intents and purposes of the introduction statistics, the distribution of the sample means against the same classes (intervals, bins, buckets) is arguably narrower, taller, and at least appears normal. Here the number of sample means is problematic, more so in class where in one section there were three means and in the other section only four means. The above includes all seven means. 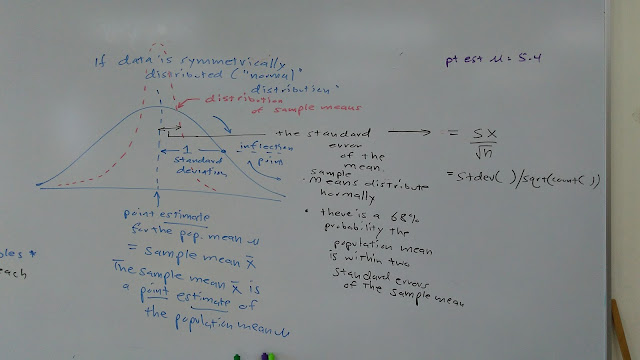 This, coupled with the paper aircraft data from Monday, provided a basis for introducing the concepts of the point estimate for the population mean and the standard error of the mean.  This was first term to attempt this approach, which was made possible by moving up the paper aircraft exercise by one day.

The marbles were left with the students until the end of class, providing nice finger fidget objects that may have helped improve attention.
statistics