Acceleration of gravity with analysis via Desmos calculator

The third laboratory in physical science is a measurement of the acceleration of gravity by dropping a ball from 100, 200, 300, 400, and 500 cm. The time versus height (distance) is recorded. In the past the time was squared and that quantity was then halved. A graph of t² ÷ 2 versus the height (distance) produced a linear relationship, the slope of which is an estimate of the acceleration of gravity. Essentially d = ½gt² becomes d = g [½t²] where d is y, the slope m is g, and [½t²] is the x values.

This term the discovery that Desmos could regress to a monomial term quadratic changed everything. During the 8:00 lab session I also realized that I could use variables of my own choosing, I did not have use a pre-defined x and y variable. 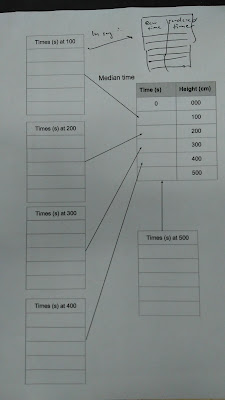 This term I put together a data gathering sheet to help the students understand that at each height they should drop the ball five times and then use the median time in the data table. Although I had never used Google G Suite Drawing, I was able to put the above data sheet together in about ten minutes just prior to class. In past terms at least one group had failed to use the "five drops and the median" resulting in large data errors. I hope to eventually rebuild that sheet in SVG and add that to the course text. 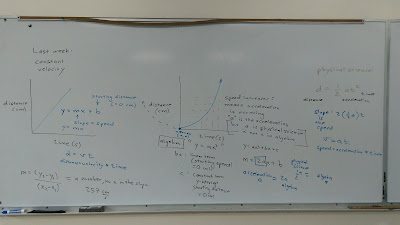 I launched the class by starting with last week's linear motion and then moving into accelerated motion. 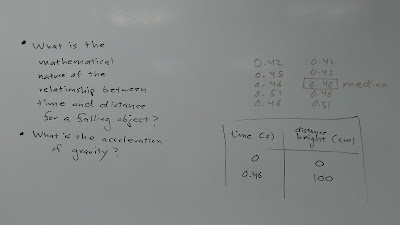 The second panel focused on the laboratory. 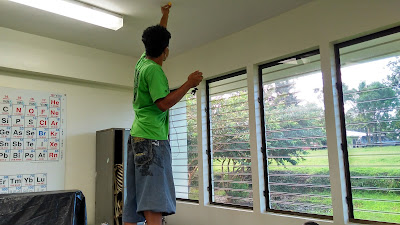 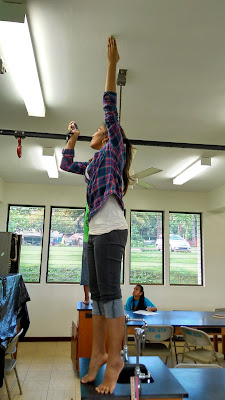 I did warn the groups to include at least one tall person to handle the 300 cm ceiling drop. Not all of the groups did this. 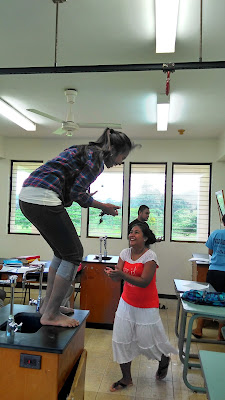 Physical science laboratory can be fun, but one might want to save a laughing attack for ground level. 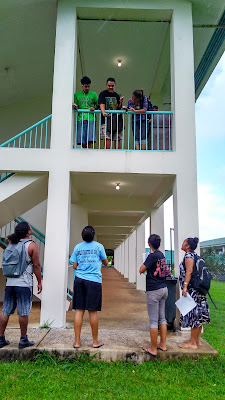 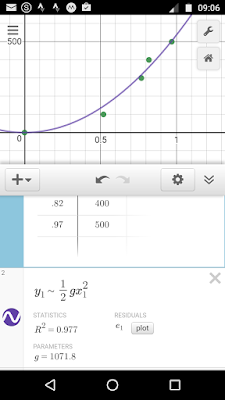 During class I demonstrated the use of Desmos app for Android while disconnected from the WiFi to show the students what could be done on a smart phone. Note that I was still using x and y, I would only later realize I could use t and d. Note Desmos displaying g as 1071 cm/s². Unlike spreadsheet regression packages, Desmos permits a regression to a monomial quadratic term. If one adds a linear term, Desmos regresses to the binomial. Add a constant term, and Desmos regresses to the full trinomial. 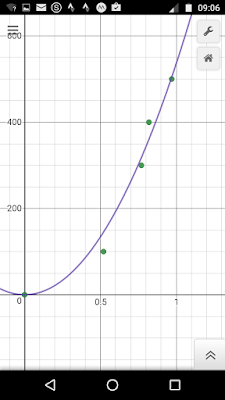 I wanted to force the vertex to (0, 0), and Desmos has permitted this. 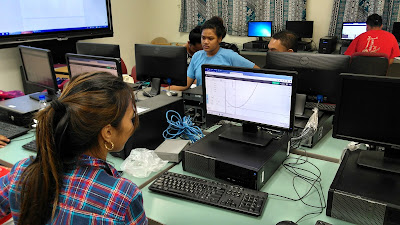 Here Sasha can be seen using Desmos on her data. 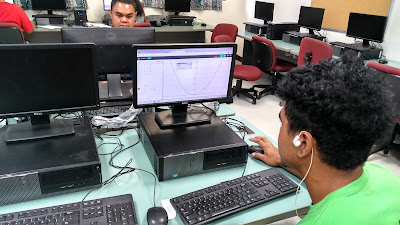 Tristant is using the Windows Snipping tool to screen capture his table, graph, and analysis. 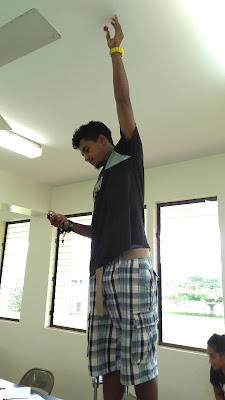 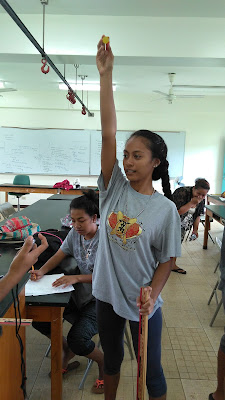 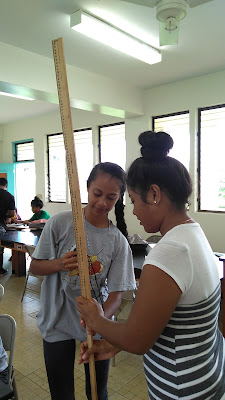 Tiffany works with Joanna on setting up the meter sticks 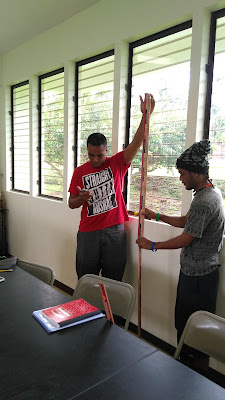 Tedrick and Jeremiah work on the 200 cm drop 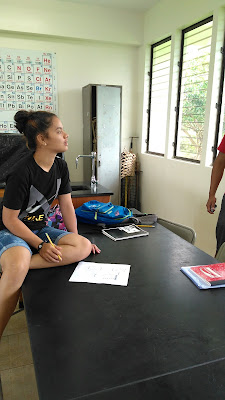 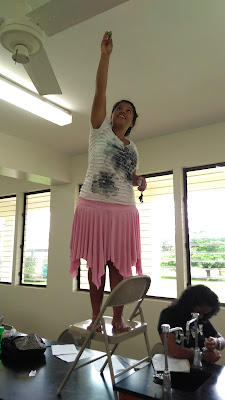 Although ill advised, Pelida opted to use a chair to reach 300 cm 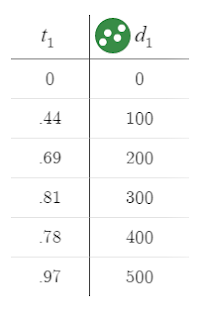 With the table labeled using t1 and d1, a regression can be run against the equation d1 = ½gt1² I stumbled into this during the 8:00 class. 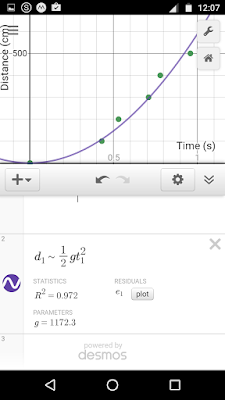 By the 11:00 laboratory I could pretend that I always knew to use t1 and d1. The equation above now matches the equation in the text and that seen on the board. Note the above was another demonstration on an Android phone, with an acceleration of gravity of 1172.3 cm/s². 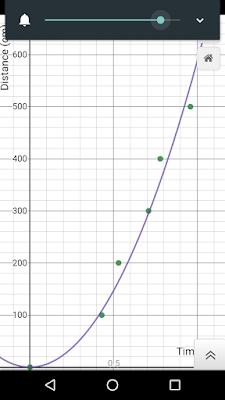 Here I triggered the volume as I screen captured. 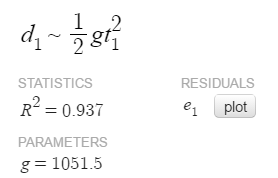 The start of the analysis.

I would then go back and redo, for my own information, laboratory two rolling ball speeds. I realized I could now have three tables with three lines and three regressions all on one graph. Desmos should be used in laboratory two as well. I remain uncertain whether to use Desmos for laboratory one - to effectively abandon use of a spreadsheet altogether. The Desmos tables leave something to be desired ( the ability to have labels and units), but the regression is powerful and could potentially be to m = ρV.
physci