September 05, 2016
A RipStik was used to demonstrate the mathematical relationship between the height and velocity for an object under the influence of gravity. To simplify the task I used the drop heights determined spring 2016. 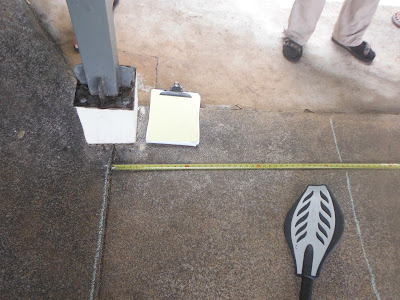 I used a 100 cm stretch at the hill bottom as a "timing track." This worked well for all but the 54 cm drop. Recovering from the turn after leaving the timing track was difficult and I inevitably turned too wide and could not recover the board balance before going off the board. A longer timing track would benefit the 54 cm drop, but the drop from 10 cm is only a 300 cm run, hard to stretch that and obtain a reasonable measurement. 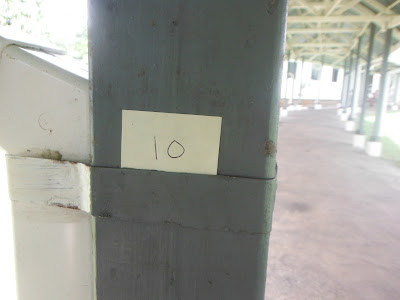 I marked the posts with the drop heights. Essentially the first three posts are 10, 18, and 27 centimeters. 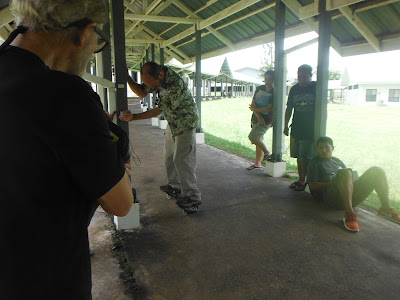 I started from zero speed to remove the linear term from the acceleration equation, although eventually this will be analyzed from an energy perspective. 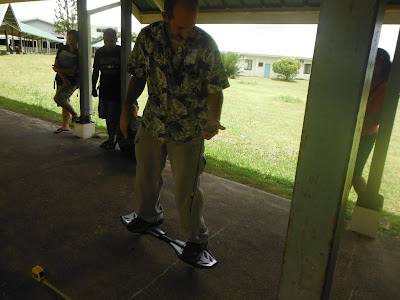 On the timing track. On the 54 cm run timing was problematic. The first run timed in at 0.63 seconds, which was identical to the 18 cm drop time and slower than the 27 cm drop time of 0.53 seconds. A second run produced a 0.25 second time, but that was simply a reflexive time, not a real measurement. I was having difficulty with shutting down the timer on crossing the zero line and then getting the turn executed to shut down acceleration. The third timing was 0.42 seconds, and in retrospect that appears to have less error. 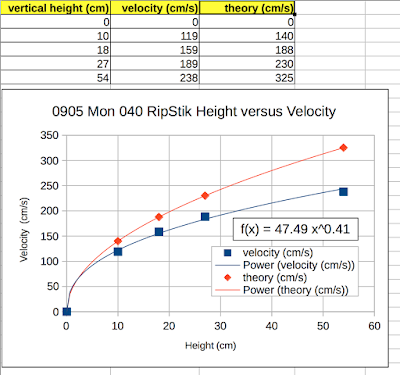