The curves "nest" into each other extremely well. 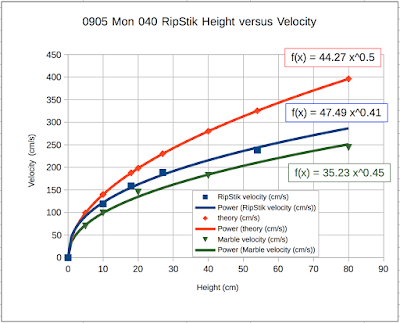 The green line on the above chart was generated by rolling a marble down a banana leaf in class from the heights shown in the table. 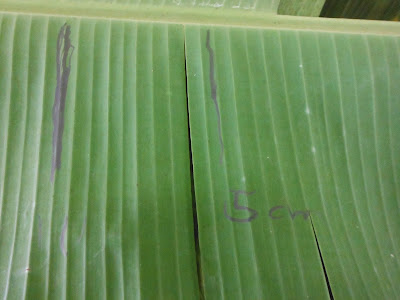 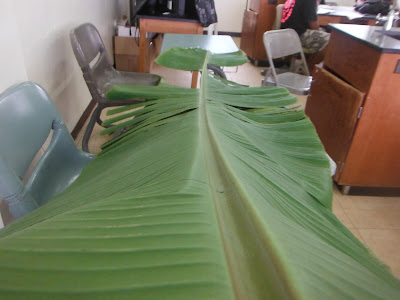 The groove atop a banana leave is ideal as a marble ramp. These leaves, however, did not perform as well as uhten Ruhk leaves - the curvature inside the midrib was too high. Curvature varies by variety.

To better connect the kinetic energy work of Wednesday to the momentum work of Thursday, I opted to show that the first derivative of d = ½at² is v = at provided the acceleration is constant. I then showed that the first derivative of KE = ½mv² is momentum p = mv provided mass does not vary with velocity (setting aside Einsteinian physics here!). Thus if energy is conserved, momentum is also conserved. 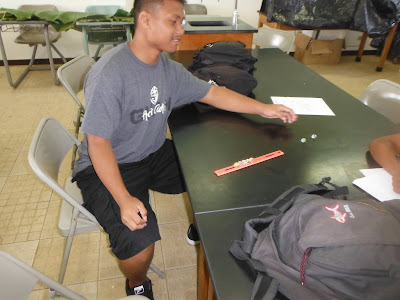 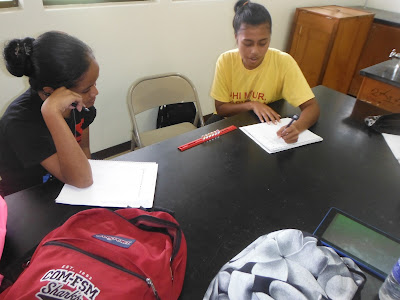 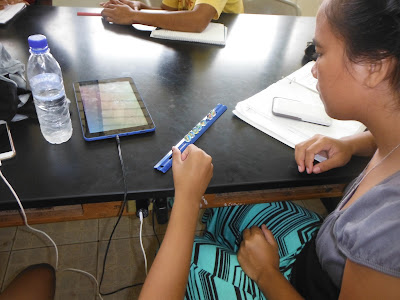 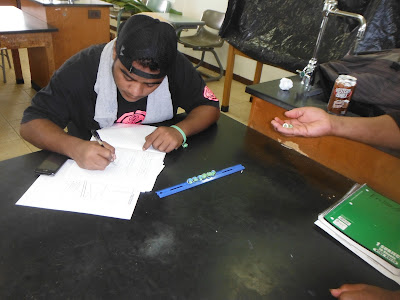 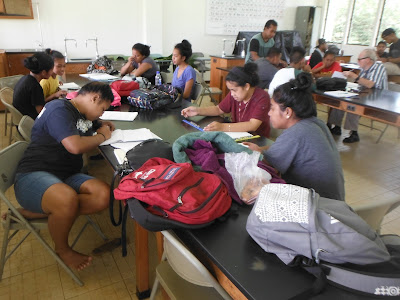 Observing the groups engaged in conversations about the system were encouraging: the students were engaging in the process of science and discovery. 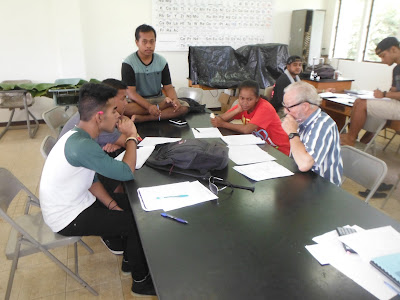 Twain, Osbert, Tania, and Ray considering a variety of issues 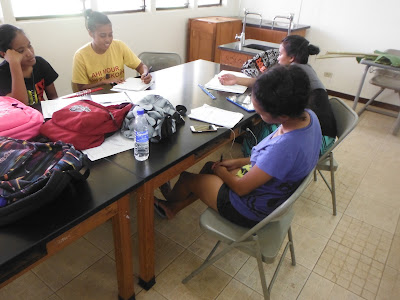 Francina explains her pair's results to the group of four

At 8:00 I had the pairs pair up to form groups of four to prepare for class presentations of results. This step was important this term: in each class only one or two groups came up with a table and graph. 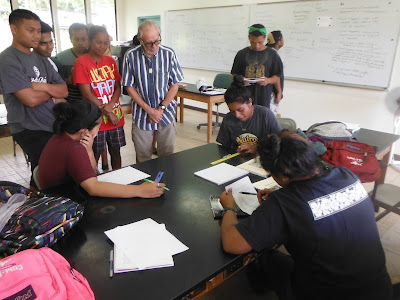 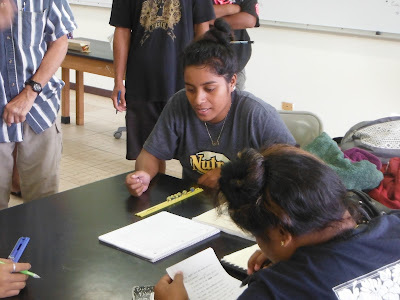 Tricia demonstrates one of the group's findings 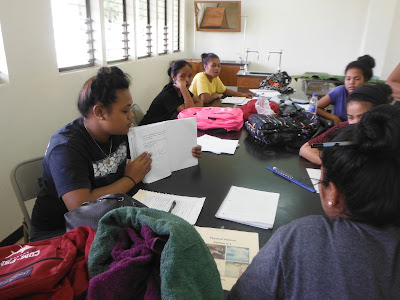 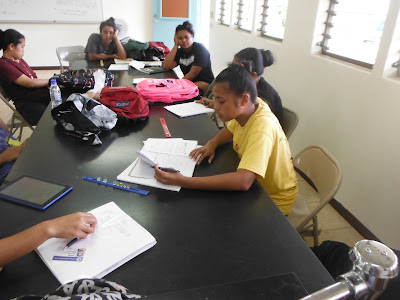 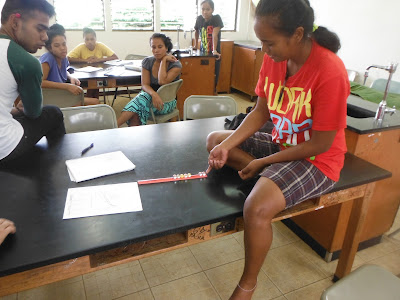 Tania demonstrates the results found by her and her partner 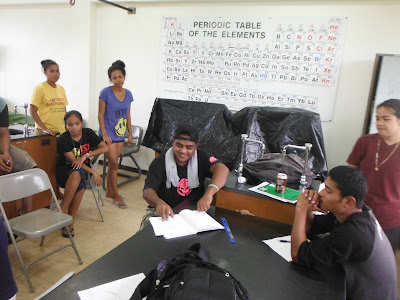 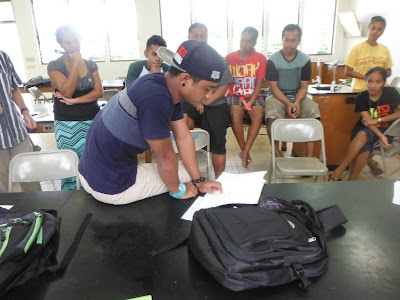 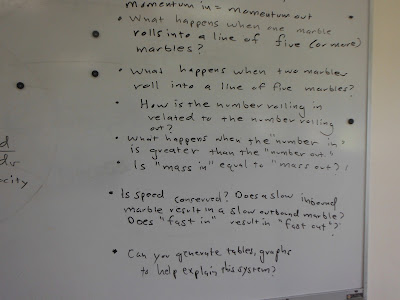 The student's tended to stick to the questions as if they were a script, answering them one by one. Not an optimal result, but less structure has led to groups feeling lost. Open exploration needs some structure. 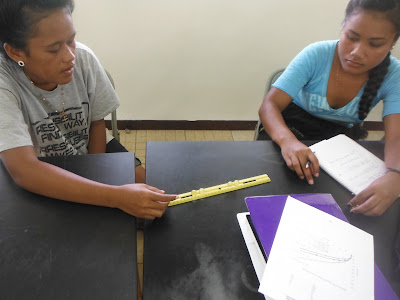 Vandecia working on the marbles with Misko, 11:00 session, yellow marbles on a yellow ruler 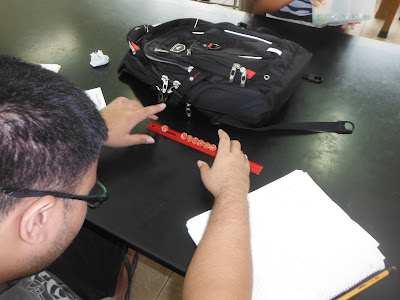 Yuta works with marbles as close to identical as possible 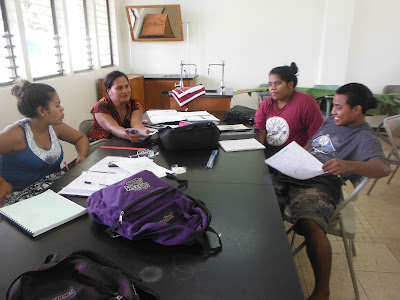 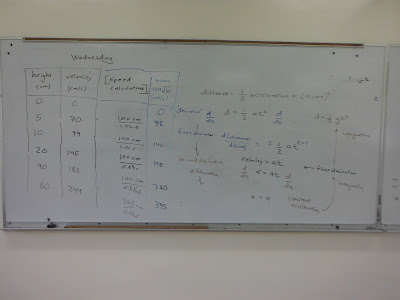 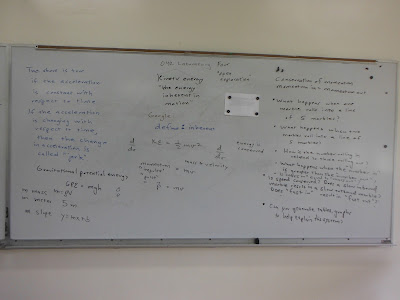 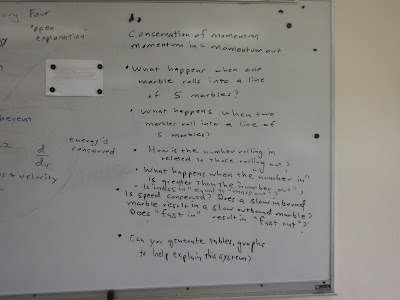 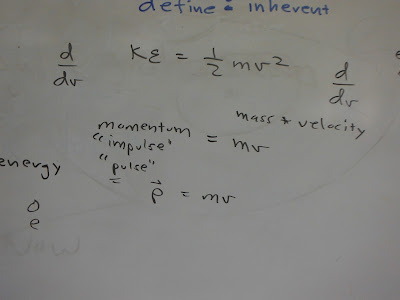