February 28, 2012
In spring 2011 I ran a one off experiment on heat capacity. The lab was complicated by a lack of different materials with the same mass.  Thus materials that were tested varied in mass and composition. I returned to thermal conductivity in the fall of 2011 for laboratory 62 and stayed with thermal conductivity for spring 2012. The class had viewed a cartoon video on temperature and heat on Monday, followed by coverage of temperature scales on Wednesday. 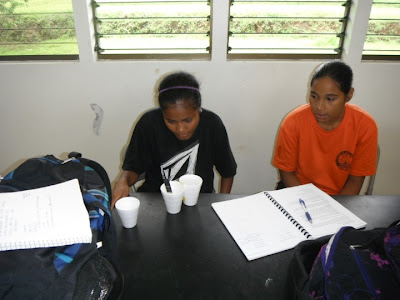 Fall 2011 I opted to run a demonstration using the rebar and I tracked the temperature every two minutes. This modeling, not entirely intentional, led to the class generating two column time and temperature charts. This in turn led to xy scattergraph approaches and less diversity in chart choices during the group presentations. 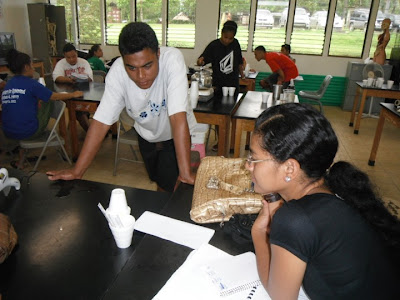 Emerson and Roxanne watch for the peak temperature

In retrospect I did not like what had happened, the modeling had overly channeled the students down one path. Spring 2012 I began again with a quick demonstration of the set up and noted the start temperature. I then almost immediately set the class loose on their own rigs. As the students set up their rigs, I orally noted the new temperature of mine. I did not record time interval - temperature data. I left a blank next to "peak temperature." 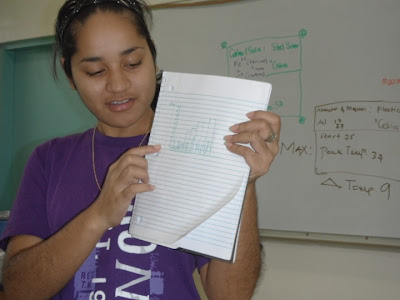 This approach led to a greater diversity of chart ideas when the laboratory moved on to the group presentations portion of the laboratory. 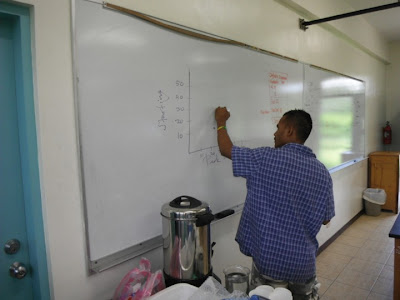 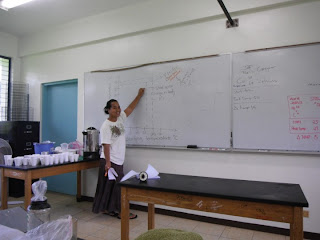 Cuteleen a variation on the xy scattergraph approach

The location was shaded only by the grass, but I came prepared including packing a lunch from the cafeteria in a tupperware, a hat, an extra shirt and a towel. The latter helped keep the hairy, itchy grass off of me. I also had an umbrella which proved useful for shading my feet. The students would be approaching the grass clump from the back side in the photo above, hence the shape of the clump helped shield me. 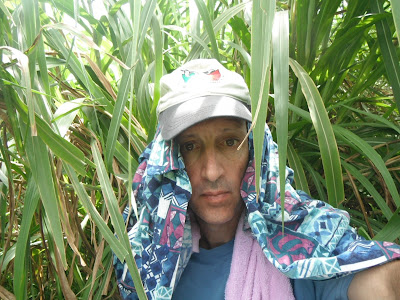 I was tucked up in under the wild sugar cane. 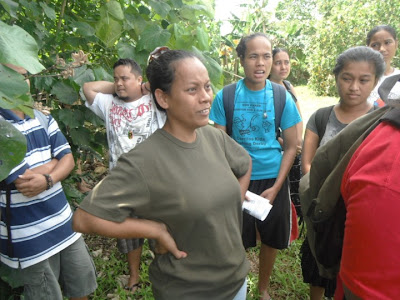 The first group led by Jessica Salvador found me withing 15 minutes. This was seven minutes longer than the fastest group last fall. Four of the six other groups were on location within 20 minutes. We adjourned to the shade for a wrap-up of the activity. 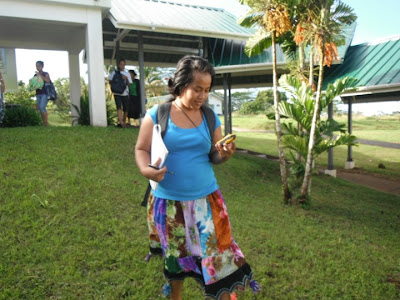 Jessica noted that she had not used a GPS before - her success was in simply following the numbers wherever they led - trusting in the instrument and the coordinates. Other groups were leery of going into the bush, reckoning that I would be somewhere along or near the road. 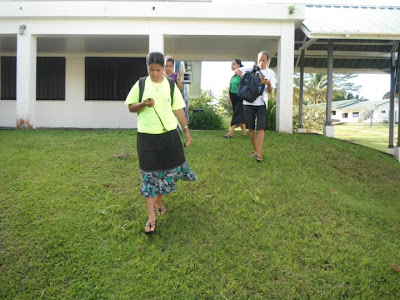 Perihsa headed north along a line of longitude


The fifth group arrived at around 12:40, as I was dismissing the first four groups. A sixth group had given up at some point and had returned to base at the science division office and surrendered their GPS. 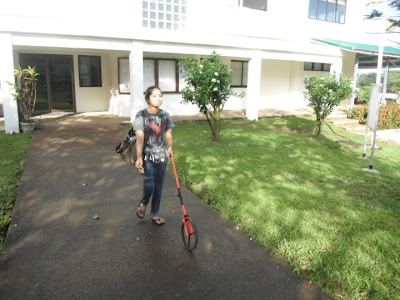 Laboratory 072 at 8:00 followed the recent use of a line of longitude, E 158° 09.565', that runs from the A+ center, between the administration building and the LRC, and north towards the main road. 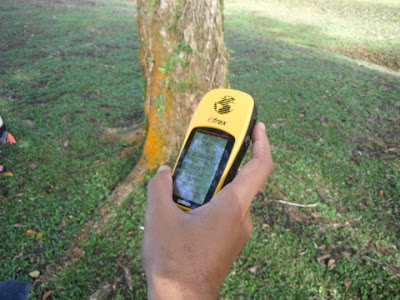 End of the line for the morning class 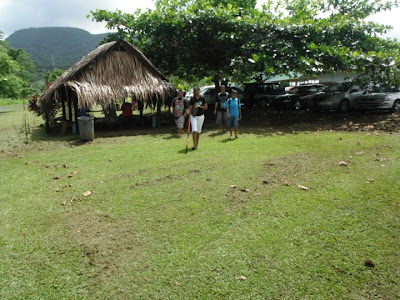 The line of latitude took the 11:00 section west to almost the boy's dormitory. 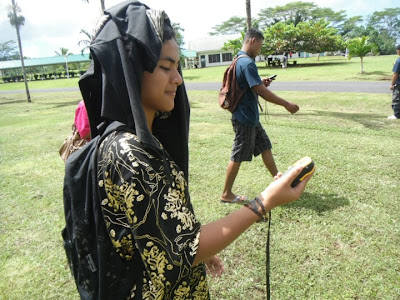 Roxann checks to see that the latitude remains the same 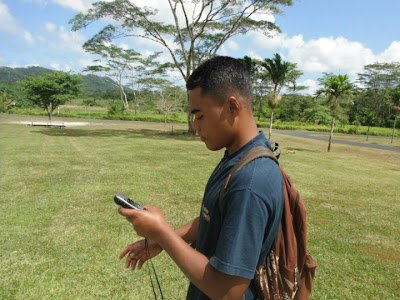 In the second portion of the laboratory in the computer room I located a table of values for the circumference of the earth by latitude. This provided a theoretic value against which to compare the class data. 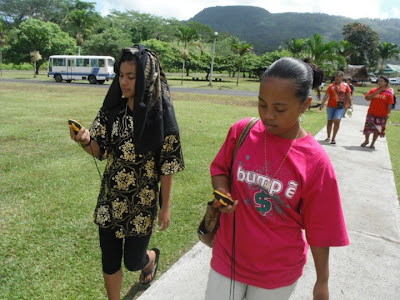 Roxann and Melinda Hadley heading west towards the book store

The use of a line of latitude worked rather well, although the class ended up farther from the computer lab. The end point was a Terminalia catappa tree between the book store and the boys dormitory. This provided a shady spot to gather data.
physci