Technology training for faculty at the Chuuk campus

August 15, 2019
Monday morning opened with my presenting an overview of what I term the three levels of Schoology. My intent is a broad overview of some of the many capabilities of Schoology. I am also reflecting my own experience with Schoology, my own path through the package. I began using Schoology essentially as a replacement for a spreadsheet based gradebook. My initial interest was only in tracking grades and attendance. I spent a term working at that level. 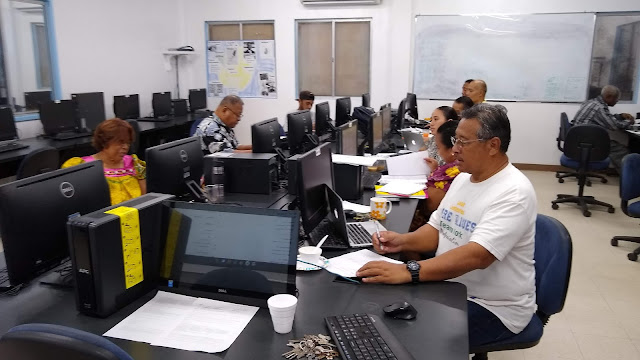 The following term I started to pilot, to experiment, with making assignments from within Schoology. Over the next few terms I would integrate online tests and other materials into my courses in Schoology. I would also adopt the use of custom rubrics to mark assignments.

After a couple years of use I added the tracking of student learning outcomes, what I term a level three use of Schoology.

In the afternoon I sat down with individual faculty, one-on-one, helping them set up their gradebook setup and showing them how to add grade columns to the grade book. I also had them practice on the attendance screen. I was able to assist two faculty in the afternoon session. 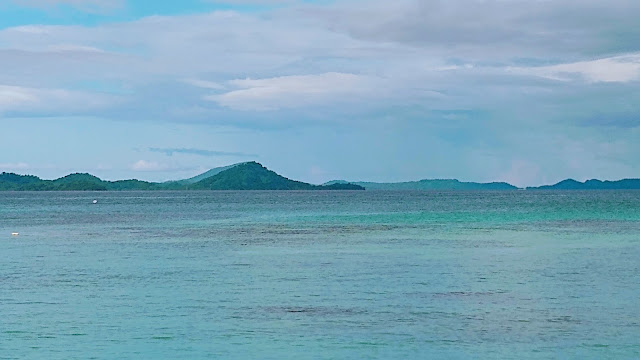 Tuesday morning I presented on the integration of Google Drive Assignments with Schoology. After the presentation a faculty member asked about a graph they had seen in a student report, asking how that graph had been produced. This led to an impromptu presentation on the Desmos free online graphing calculator. Based on the reaction of faculty, no faculty member had seen Desmos before. Again, based informally on audience reaction, the faculty were surprised at capabilities of Desmos and interested in seeing more of the capabilities. One faculty member expressed a desire to enter statistical formulas to assist students. 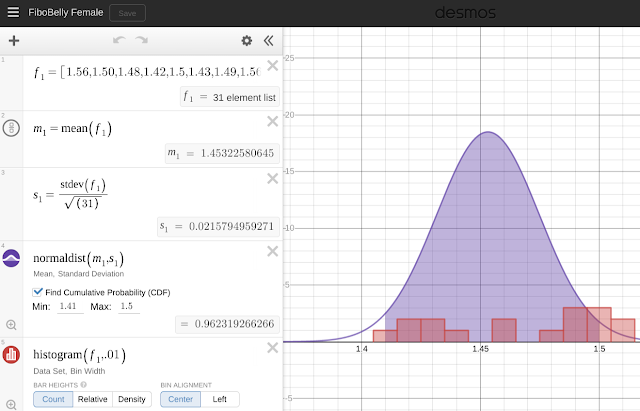 I then covered some of the basic capabilities of Desmos and the Desmos app.

A faculty member asked me how I manage to acquire capabilities for a new piece of software. I explained that I simply experiment. I noted that I was currently experimenting with iNaturalist in my ethnobotany class.

Plants of Chuuk state - recent entries are all my own observations

I then introduced iNaturalist to the instructors, both the desktop interface and the app for smartphones. A science instructor noted that the app looked useful to them, saying that iNaturualist was certainly more useful than Desmos for their field.

At this point lunch arrived and we broke for lunch. In the afternoon I again worked with individual faculty members on gradebook setup in Schoology.

Wednesday the instructors were fully engaged with regular registration. I was able to work with a single instructor in the morning. I then joined a team working on setting up a visit to the site of the new campus. Arrangements were made in the morning, and the team went to make measurements in the afternoon. 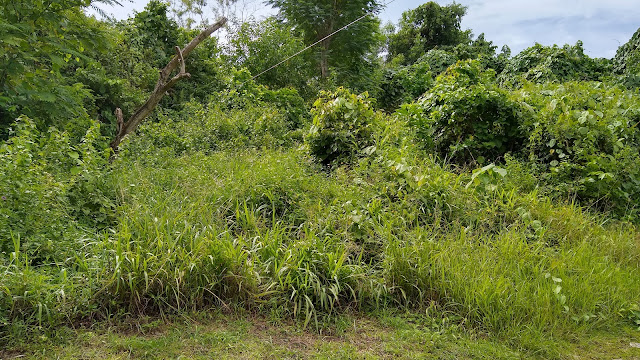 Above is the road to the new campus. The maintenance crew noted that had they been given advance notice, they would have cleared the access road for the measurements being made. I had the good fortune of having been loaned a very capable machete, and I could see where someone had pushed through the vegetation, so I headed up the thready path. 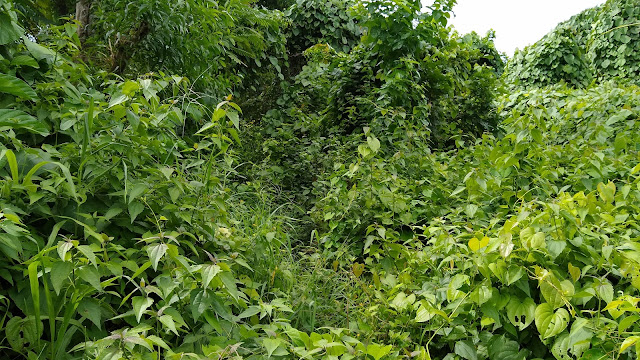 The trail is there, if one looks carefully. I would later learn that the rest of the crew had to go back down the hill as the utilities terminated down at the main road, not up where we were. 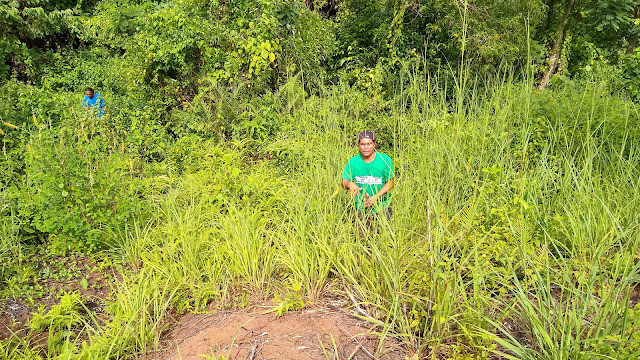 I pushed on up, reaching the site of the campus along with two other members of our team. 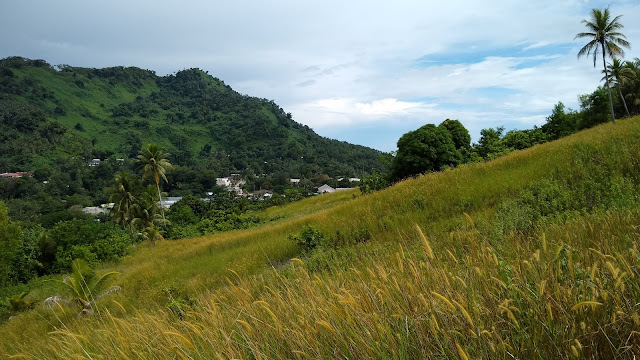 The ground was sloped but quite easily walked up, the views were spectacular. 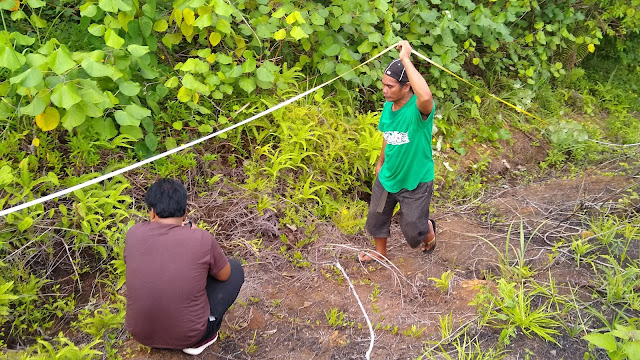 Later the team with the tape rule came up making measurements. 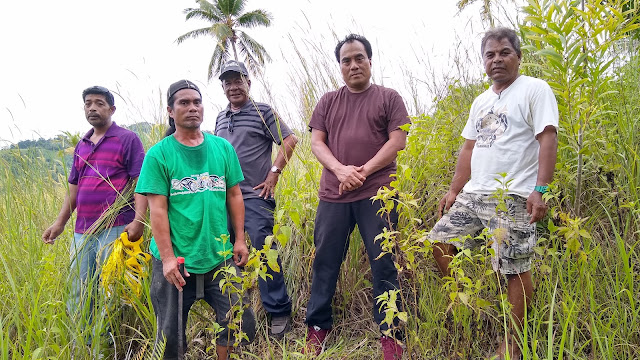 The measurement team. I was designated the photographer. I made academic use of the trip documenting a number of plant specimens along the way up and on the property in iNaturalist.

Thursday morning I was working with a member of the math faculty. After setting up Schoology he noted that the college website was not functional on his smartphone. We explored the issue and I filed a report. 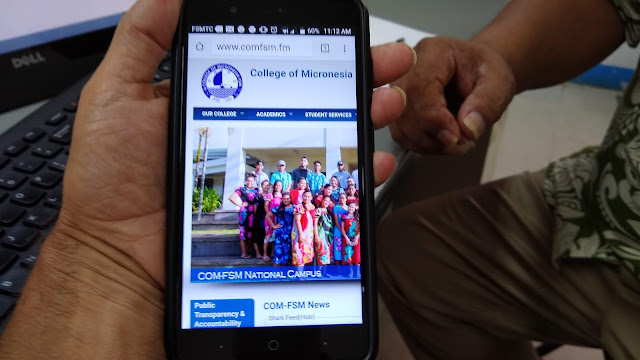 While we talked I downloaded Photomath. I have never used Photomath before. Photomath is free. I showed the faculty member what I was doing, and I wrote an equation down. I used Photomath to photograph the handwritten equation.

In the image above, retrieved after the handwritten equation was scanned, Photomath has correctly scanned the equation and displays the solution. The right arrow leads to a screen where the steps and graph are displayed.

The downward pointing chevrons on the right will expand the steps if the student wants more details on a specific step.

Here a handwritten quadratic equation was scanned and Photomath is displaying the step-by-step directions.

Further down Photomath displays the roots, the domain, the minimum, the vertical intercept, and the solutions for the quadratic.

Here above a step has been expanded to show further details. Photomath was a revelation for the math instructors and for me as well, this was my first time to use the app. I noted that a student could simply copy the steps. Sure, an instructor could attempt to ban the use of smartphones. There are religious groups in the United States who have decided to remain in the 1800s technologically, they do not use cars. When I was young calculators were often banned in mathematics classes. Now calculators are broadly accepted. Many math instructors will seek to ban or control Desmos and Photomath. Neither is productive. Rather than see Desmos and Photomath as threats, see them as opportunities to stop doing ultimately meaningless algorithmic grunt work and use them as tools to expand the math that can be explored. 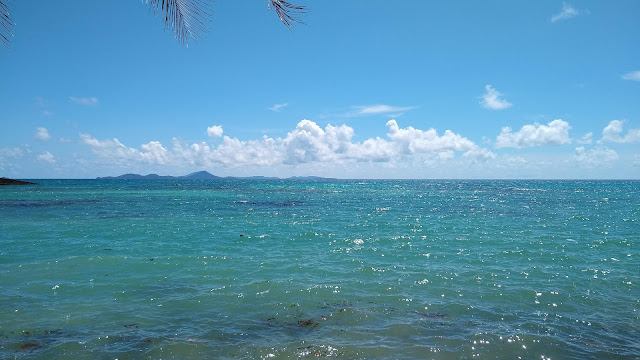 After the impromptu Photomath session, we broke for lunch. 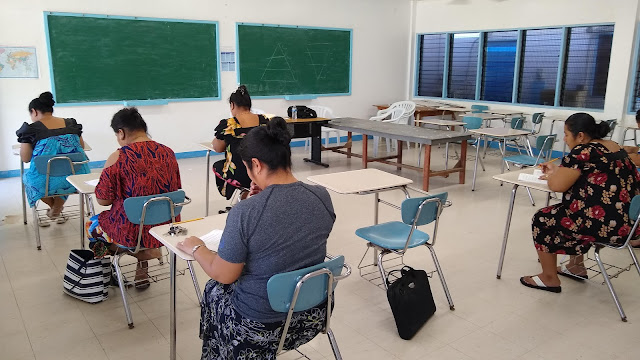 Thursday afternoon I delivered the TCE examination to eleven students. After the TCE was completed I showed two high school instructors, one who teaches science, Seek by iNaturalist. Seek is geared towards pre-collegiate students. I pointed Seek at a plant outside the classroom, and Seek dutifully identified the plant. As with Desmos, iNaturalist, and Photomath, Seek changes and expands what we can do in the classroom. I did note that Seek needs to be online to identify plants.

Here on Chuuk the only open WiFi I could find was at iSolutions Down Low. Access to the Internet is very tightly restricted here, even the college campus shuts down their WiFi on the weekends. I think there would be benefit to the high school science instructors, especially those who are our alumni, if we quietly retained their Internet access post-graduation as a way of supporting pre-collegiate education in the community. This might not be as necessary in Pohnpei where open WiFi access points do exist, but here in Chuuk this would be of tremendous benefit.
Desmos iNaturalist Photomath Schoology