April 24, 2019
One of the tech success stories in my office continues to be two System76 Ubuntu OS computers. 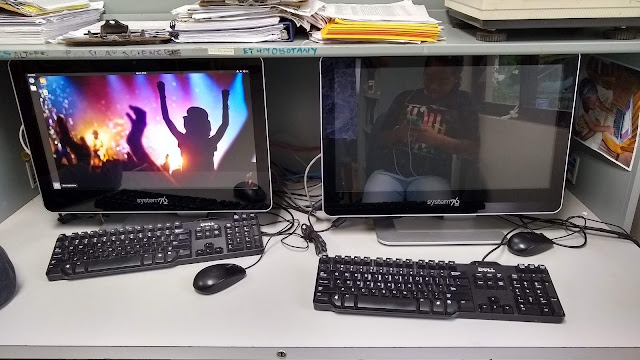 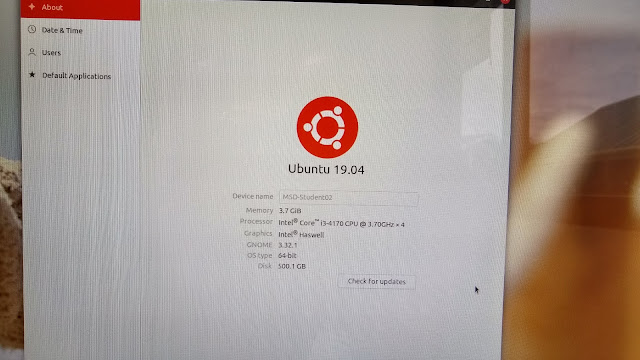 The two System76 machines are now running the April 2019 built of Ubuntu, making them the most modern operating system on campus. Much of the campus is still running Windows 7, first released in July 2009 - a decade old operating system plagued by malware and security issues.

Ubuntu remains more secure, more reliable, and requiring less intervention and support than Windows. And I do not need to explain to IT personnel on this planet what a nightmare Windows 10 and its updates have been proving to be for large organizations. When Windows computers are down in the computer lab on a test day, I routinely move my students to these computers without having to give them instructions on how to use Ubuntu (tests are in Schoology). These remain a success story in terms of delivering functioning, reliable, secure computing services to the students here on campus.
tech