April 25, 2019
I started off the week of elements and chemistry slightly differently. I handed out a list of the symbols for a few of the more commonly used elements and asked the students to write out the name and the number of outer valence electrons.  Many could name C, N, O, but few knew Cu or Pb. 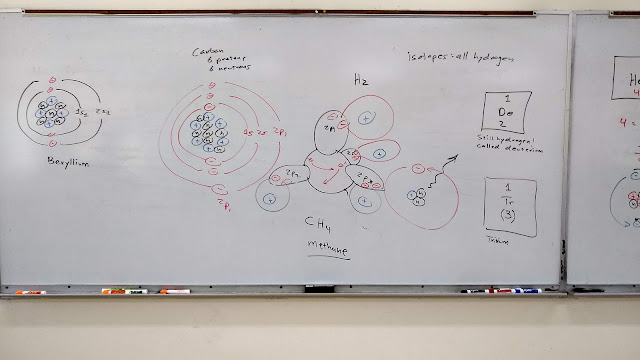 I opened with the introduction to hydrogen, then went after the atomic mass not being a whole number. This led to deuterium, tritium, and the Able and Baker detonations that destroyed Bikini. Note that Hydrogen had been erased on the board above and replaced by Beryllium as I ran out of space on the right board. 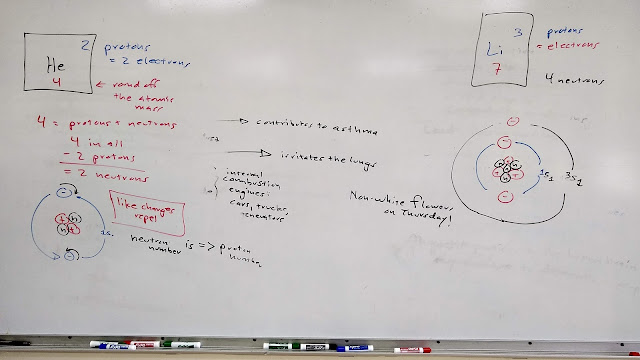 The above was the second board on Monday. Helium shows the electron spin. 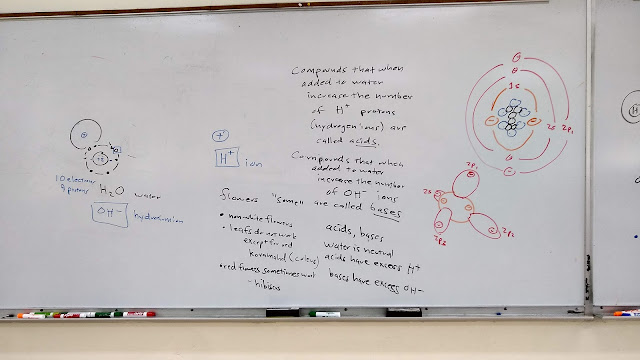 Wednesday moved into molecules. Some of the left board had been erased and rewritten above. 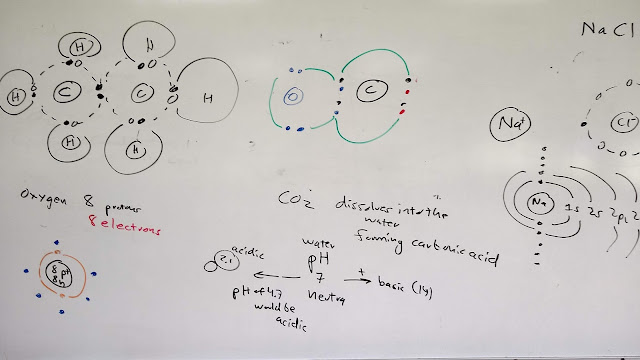 The carbon monoxide on Wednesday was a carbon dioxide until I erased one oxygen. That diagram could use improvement. 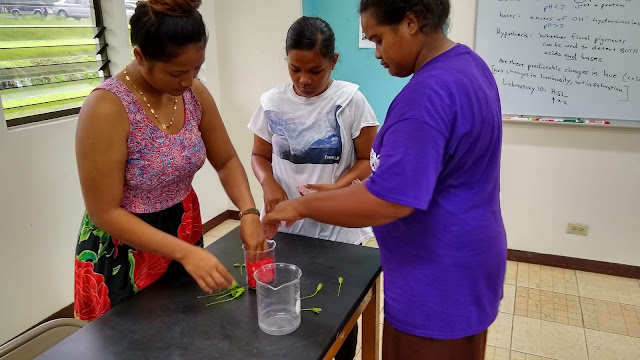 Every term the complex launch that this Thursday is causes something to be forgotten. I now know I need to buy fresh baking soda each term. And there are limes to acquire. Flowers to pick. Not to mention that the 3:30 class is usually ethnogardening and means remembering to pack a change to gardening gear. This term I forgot to pre-print the list of chemicals in the lab. 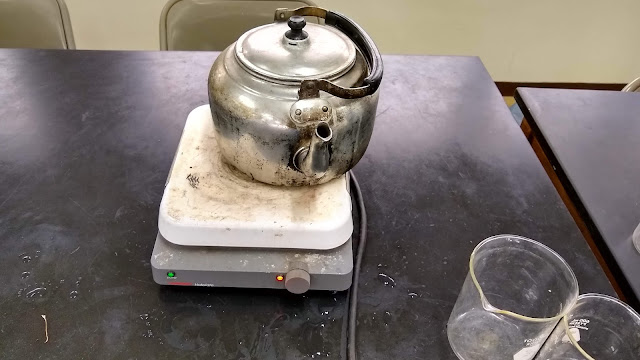 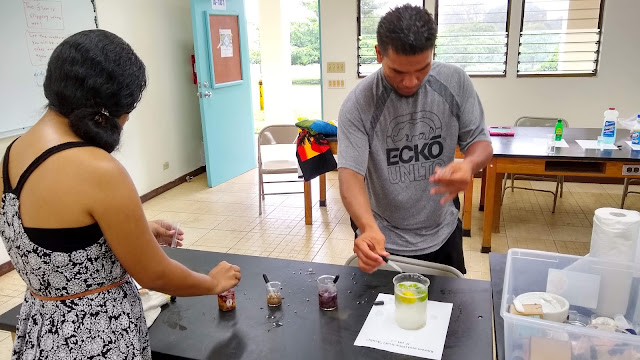 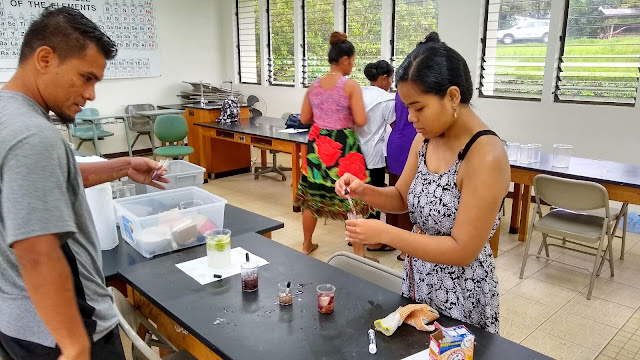 Ashlynn loads a test tube with her floral litmus solution 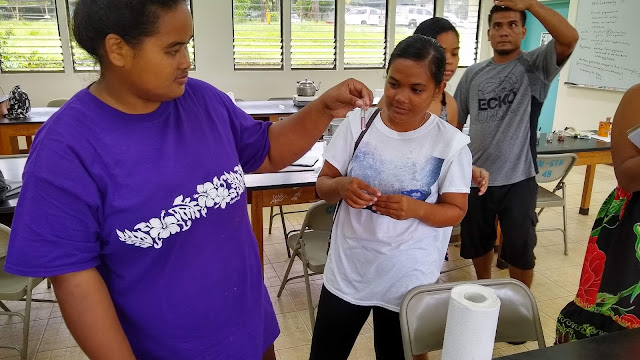 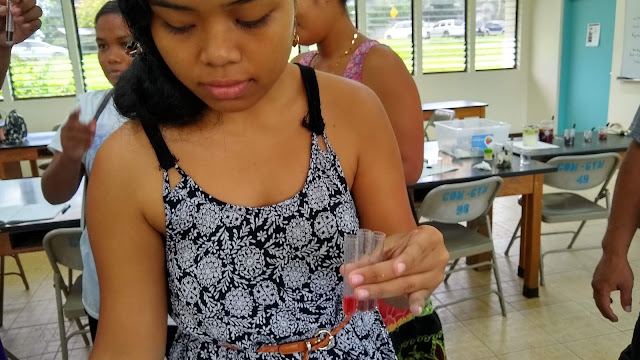 Ashlynn with three reference test tubes, working on the unknowns 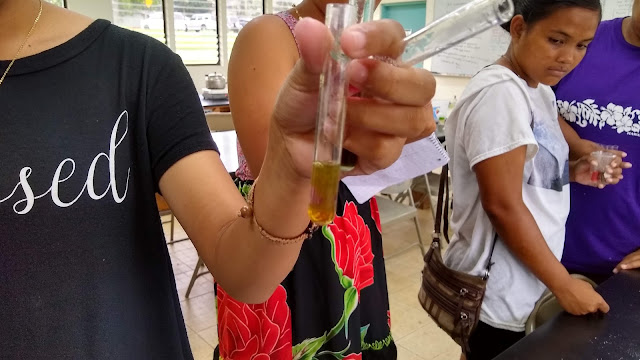 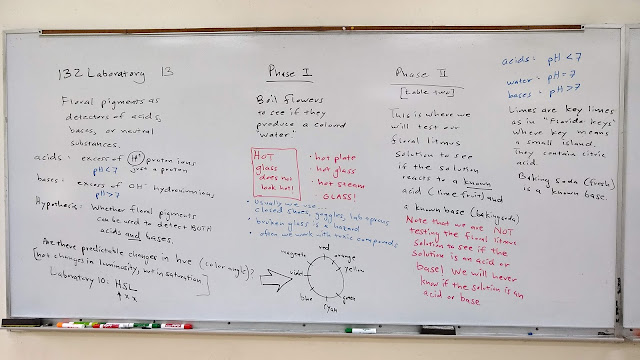 Board layout and directions have been refined over the terms to "pre-catch" common misunderstandings and cautions. A print out of the prior term boards assists me each term. 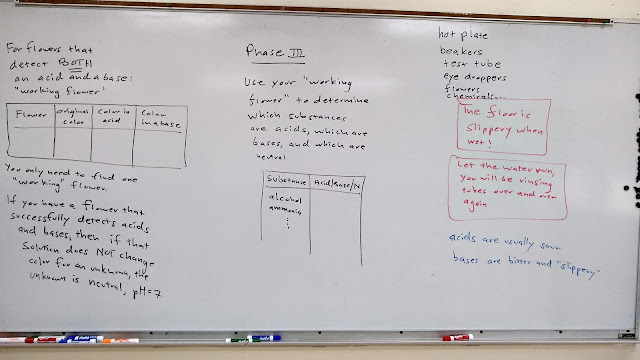 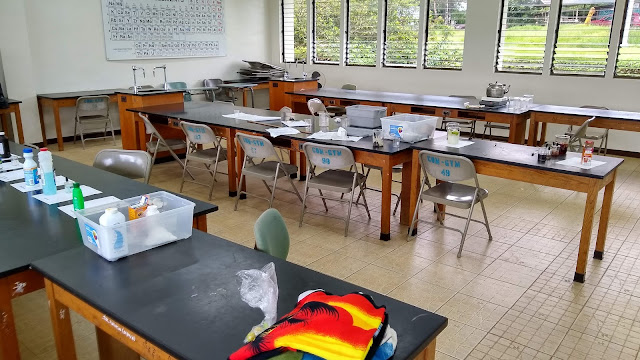 Note the "reversed" table layout first piloted in the fall term. This again worked well, lining up the tables with the directions. 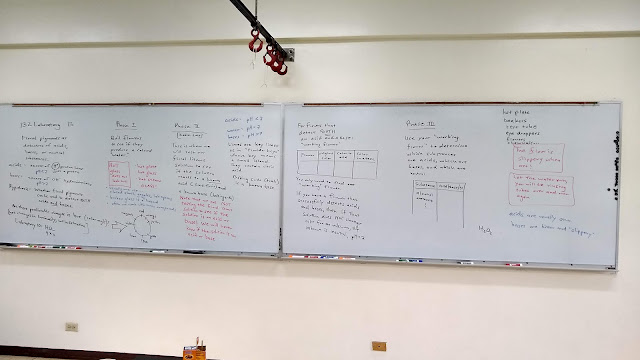 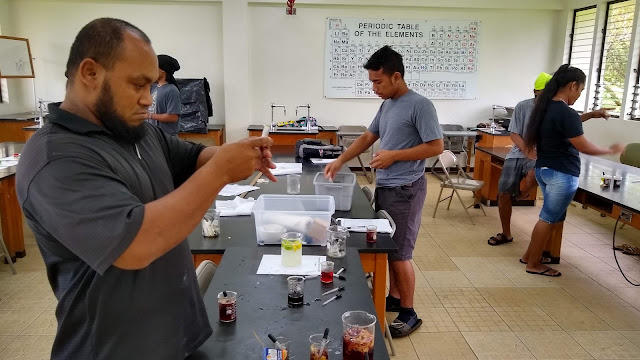 There was some confusion by one student about the concept that a matching color change to the knowns is what informs you that the unknowns are an acid or a base. Each individual color changing event was unlinked, for that student, from any prior history of color changes. Past behavior was not seen as predictive of future behavior. I had not encountered this thinking before. Perhaps I might need to be more explanatory that if an unknown changes a floral litmus solution in the same way as a known, then the inference can be made that the unknown shares the acidity or basicness of the knowns. 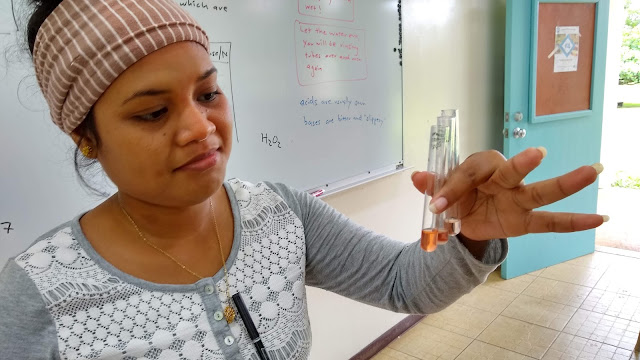 Patricia with her test tubes 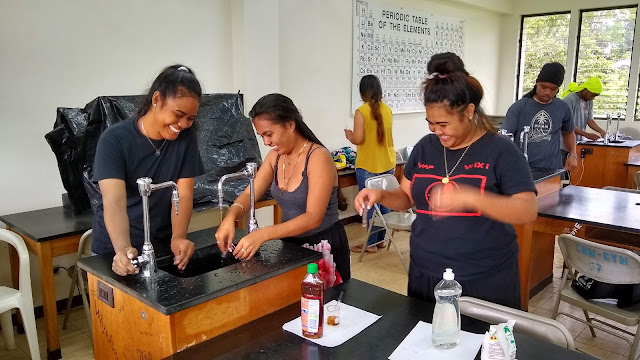 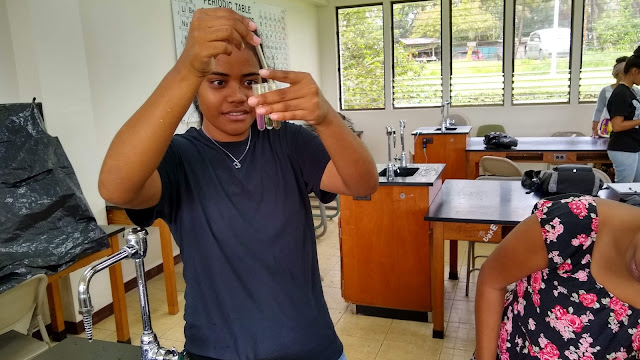 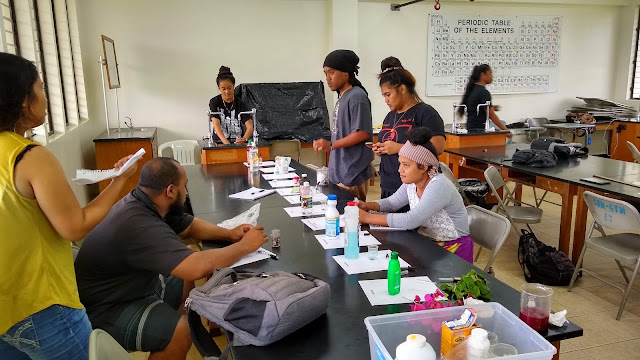 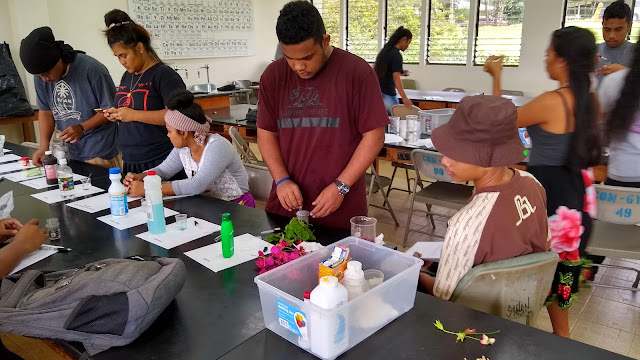 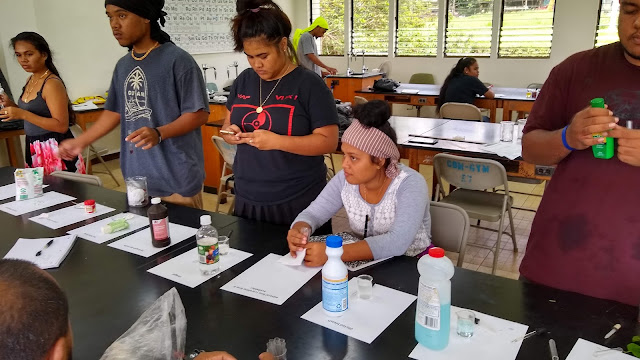 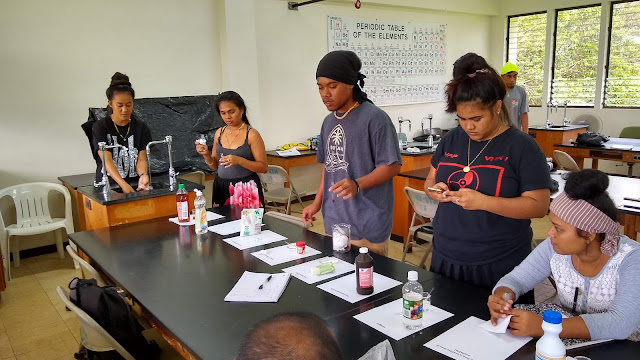 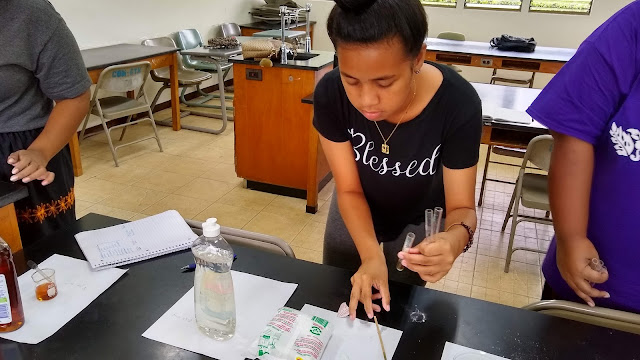