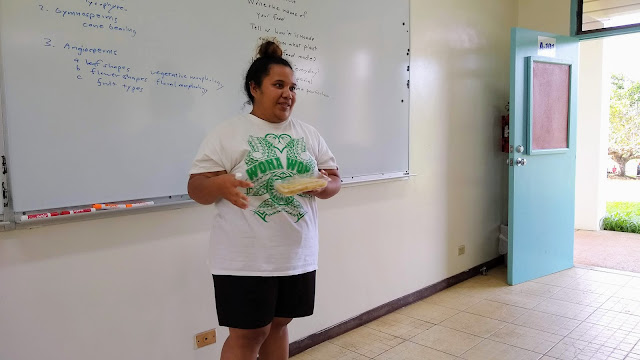 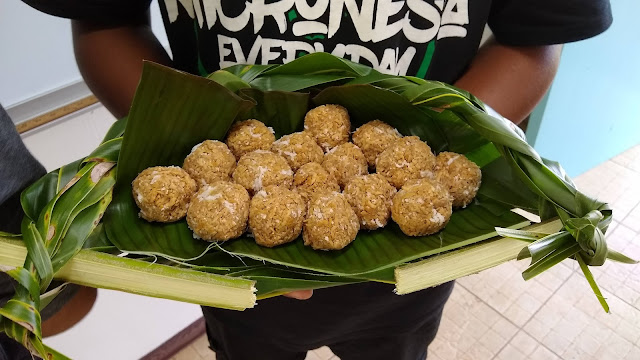 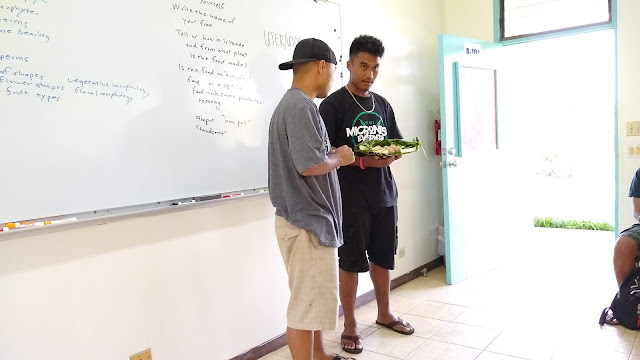 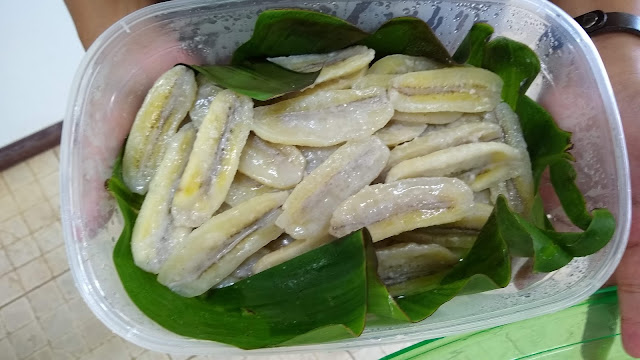 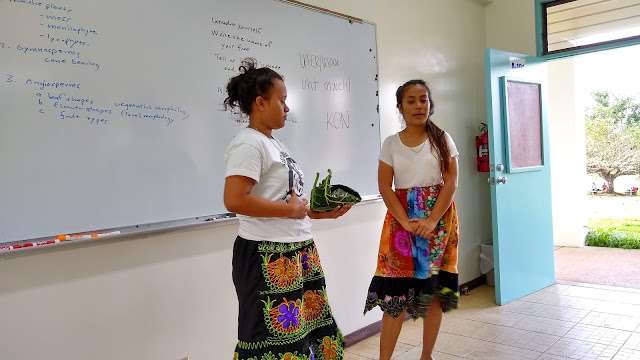 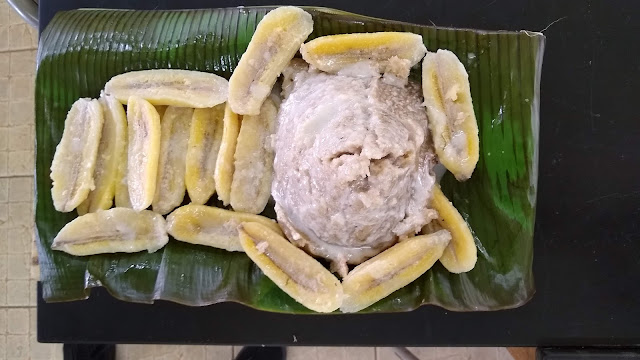 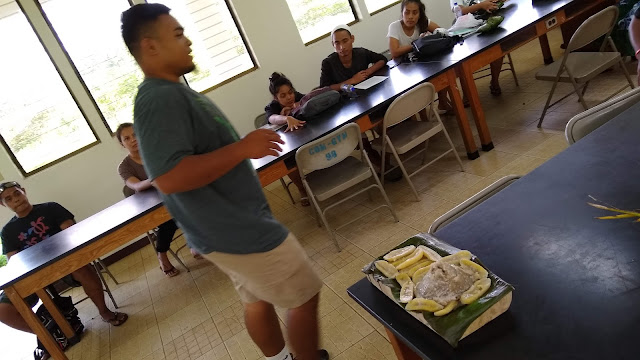 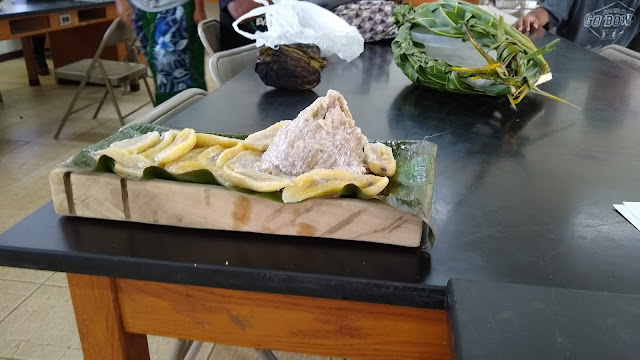 The tray was produced by Norton from Acacia tree. He noted that it took about an hour. Not sure how he could produce said tray so fast. The uht idihd formed an island like mound in a sea of banana. Fantastic presentation, a tremendous amount of work, and really good food. 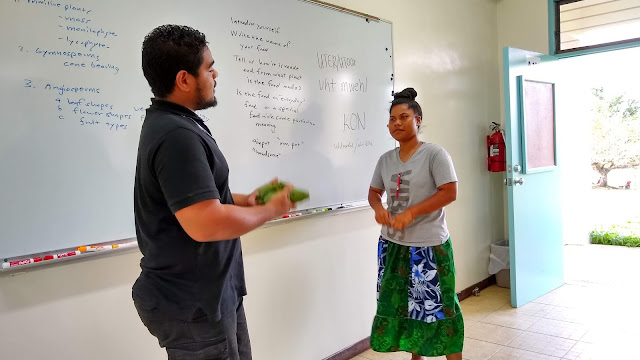 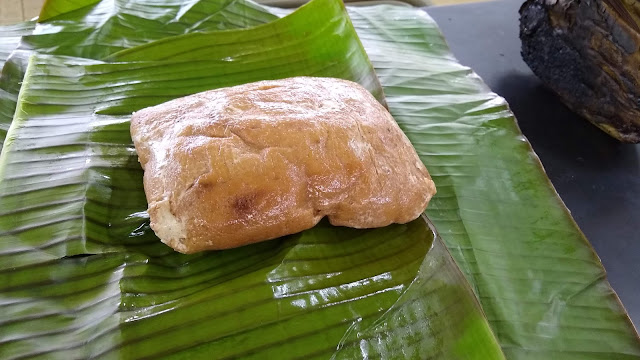 Known as suwesu in Woleaian and siuwoasiu in Satawal, this particular variant is siuwoasiu from Delinah's home island of Satawal, brought in by ship. Hard taro is cooked in an um with coconut milk. Despite the tremendous travel time, the coconut milk kept. Although superficially this resembles the many hard taro um foods that are common out here, the taste and texture were unlike anything I have experienced in a quarter century out here. This is usually a very heavy, dense food, and can have a harder outer crust. This was smooth and soft, light, almost fluffy in texture and density. The flavors of hard taro, coconut milk, and the smoky undertones of the um were perfectly balanced. I tried to determine what might be making the difference from other islands recipes. As far as I could ascertain, I was led to understand that perhaps kneading the taro dough was the key. If so, that is a lot more kneading than in the recipes of other islands. Either way, a magical food from a magical island and a favorite in the class this day. As I noted to a colleague later, this is the kind of food that makes one sad: you know you have tasted something so very special and you know you will never taste this again. Not without taking a boat out to Satawal. 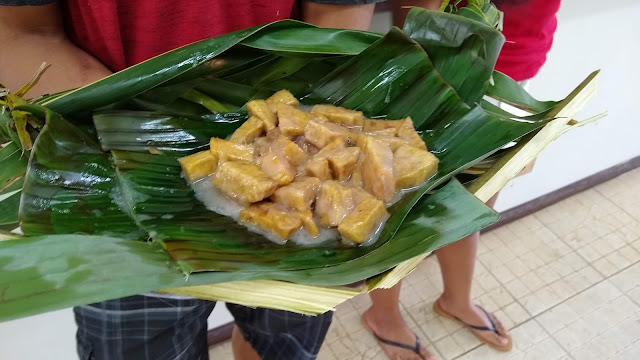 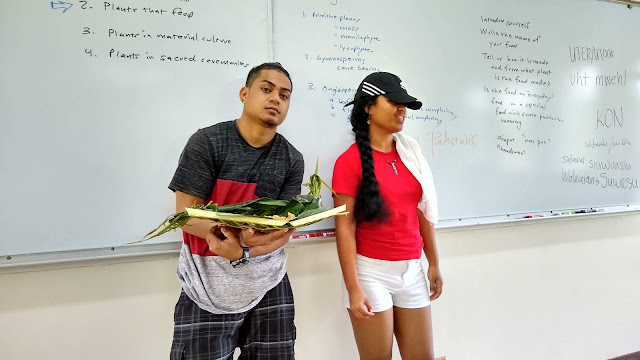 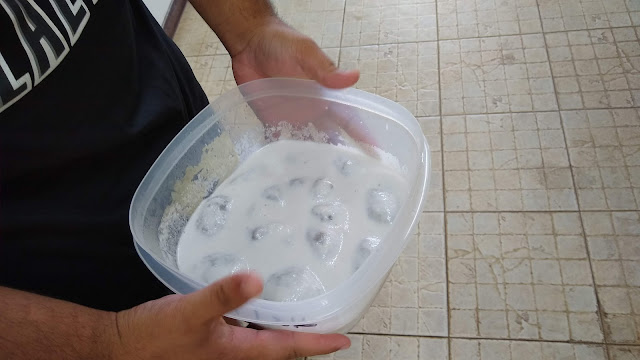 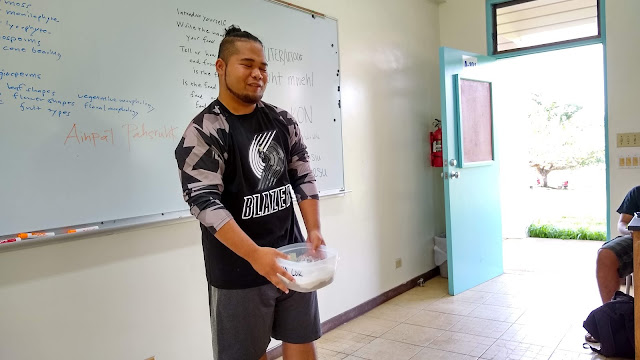 Faustino Jr. noted that while he thought the preparation process might be easy, the process was long and not easy. Two taro had to be dug up and cooked. Coconut had to be husked and grated. Then the gratings had to be squeezed to extract the milk. The chief cook supervising deemed that the coconut milk had to be boiled for a smoother, creamier consistency. Then the dish could be assembled. This is the challenge of "going local" in one dietary choices: rice remains faster and easier to make. 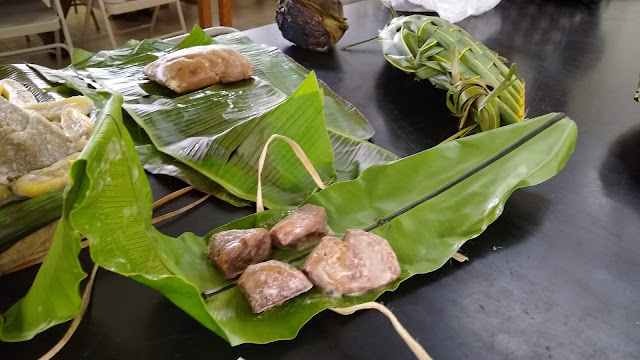 Banana leaves are also used in Yap, but the use of Asplenium nidus for food is generally unique to Yap proper.