February 21, 2019
Newton's law of cooling was approached differently this term, in part because tropical storm Wutip, then known as invest 92W, had cancelled classes on the day before the laboratory. I opted to lay out the mathematical theory via an example where the temperature fell by half of the temperature differential every ten minutes. 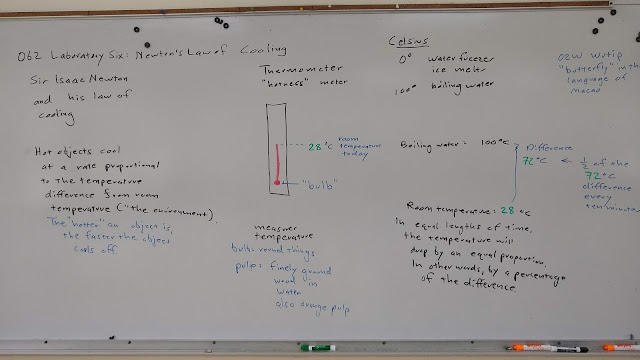 I framed the laboratory as a confirmational laboratory to check on whether Newton's law would be supported by experimental data or not. 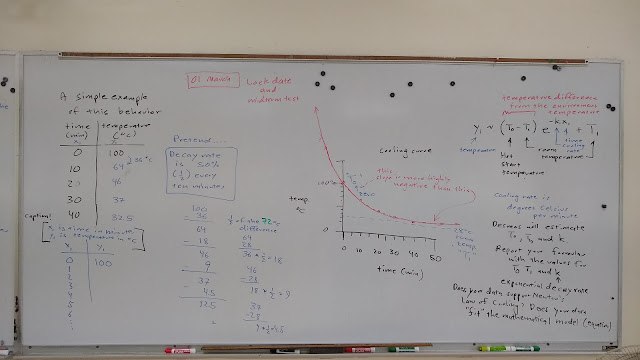 I generated an example and manually ran all of the calculations. The result was an exponential decay curve on a sketched graph. I noted that the math is a pattern and a pattern is the math. Shapes provides clues to equations. 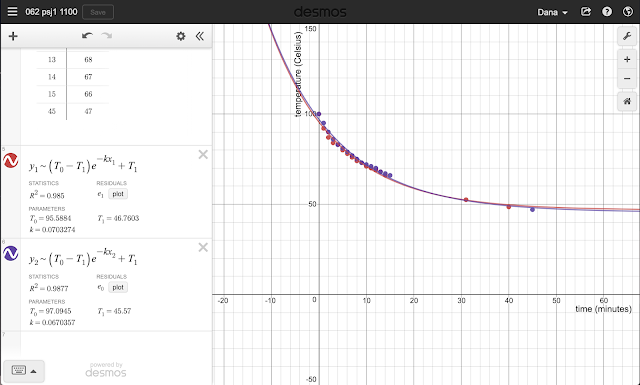 Two sets of data, not completely recorded, are shown above.

This approach actually seemed more functional that earlier approaches to this laboratory, and made the (Tstart-Troom) part of the equation perhaps more comprehensible, perhaps not. Although the theory was for solid objects cooling, not those evaporatively cooling, the data well confirms the law in terms of mathematical behavior.

During the laboratory I noticed that Desmos had added a slew of new statistical capabilities including boxplots. 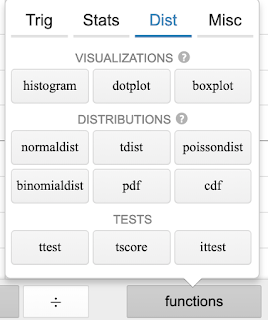 Not necessarily useful in the current physical science course, but definitely useful in a statistics course. 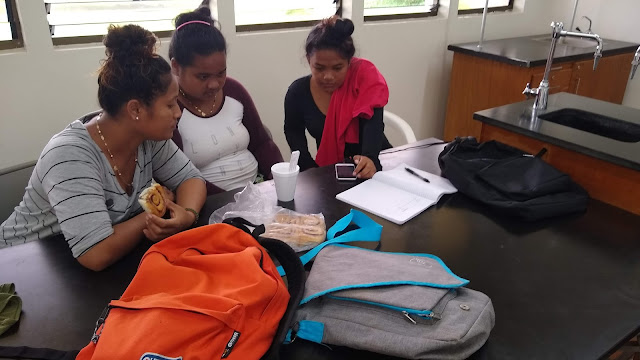 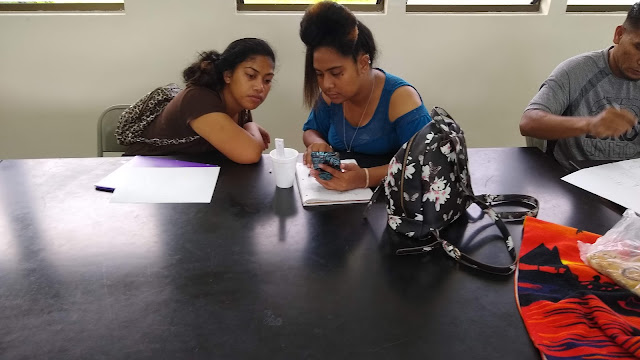 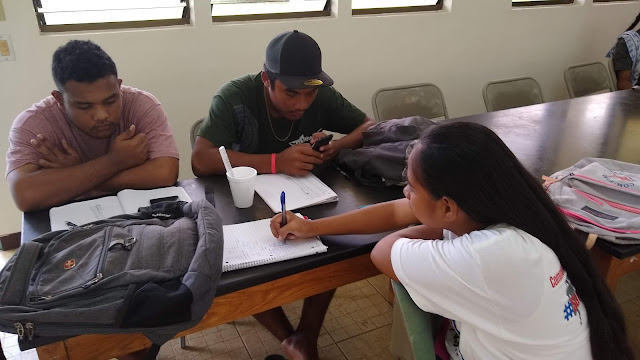 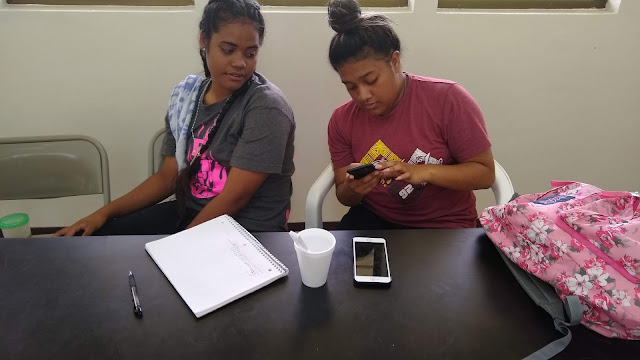 Lillian, Gina. Gina is entering data directly into Desmos on her phone 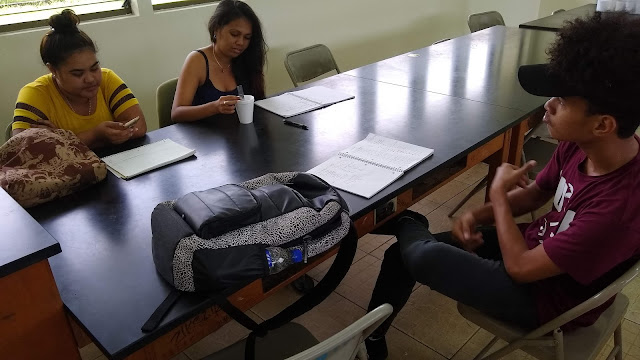