February 19, 2019
On Monday the force was equal to the change in momentum - much to my surprise and wonderment. Laboratory five was still able to build on the Wednesday exercise where I presented Newton's laws of motion using my RipStik and a four square ball as an on-sidewalk presentation.

During that presentation I noted that an object in motion will remain in motion unless acted on by an external force, and I then wrote off the tendency of the board to stop rolling to friction. This provides the segue into the investigation of friction.

At 8:00 I had the students try to work out what the variables might be. At 11:00 the variables were already on the board, so I left that material up. I closely followed the lab in the textbook including copying the following questions onto the board.
A data sheet was also provided to assist the students with gathering data.

The 8:00 class obtained data similar to that seen in the past. 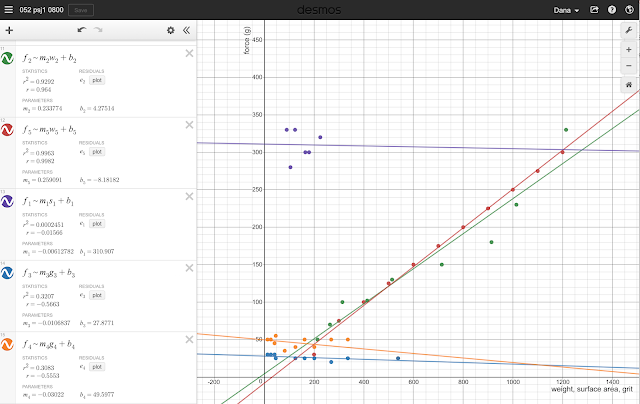 One group in the 11:00 section obtained what appeared to be a logarithmic decay for surface area versus the kinetic force of friction. 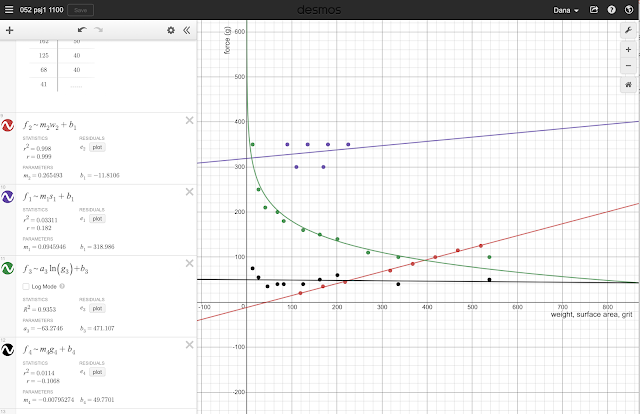 As in prior terms, on Friday the students shared their functions. A couple pairs were minus the member with the data. The data I had picked up on Thursday proved useful to reporting functions in these instances. The functions proved useful in a wrap-up discussion of the results, the upshot of which is that friction is primarily dependent on weight. There might be a very small negative relationship to surface area, and grit appears to have no effect on friction for the glass - somewhat counter-intuitive as rougher surfaces feel more frictive. 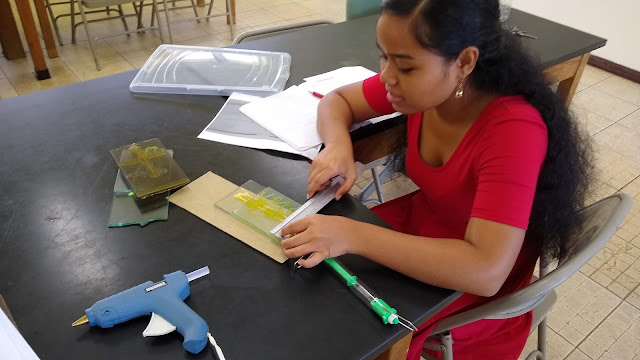 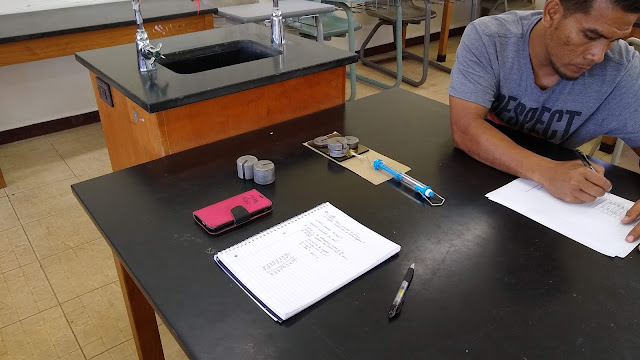 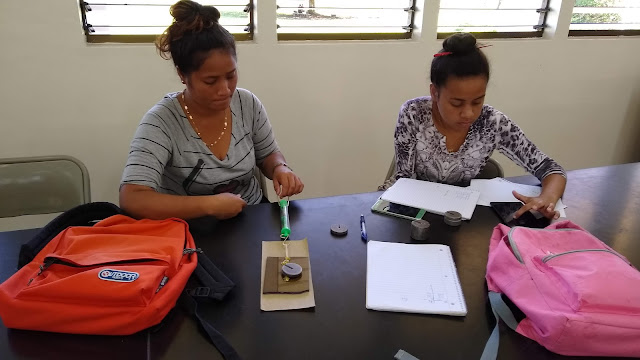 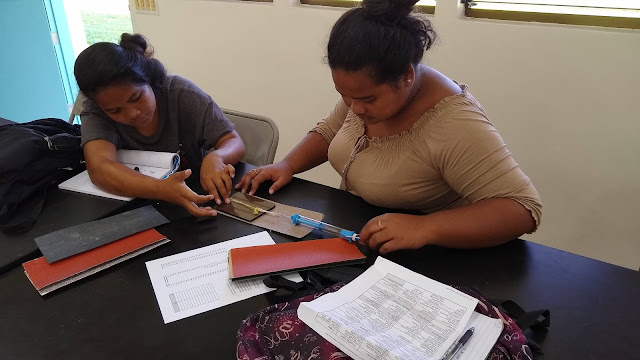 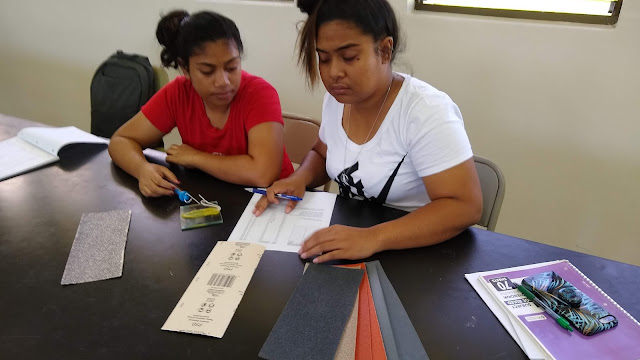 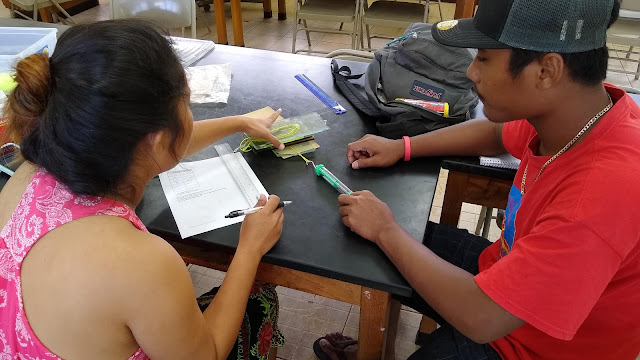 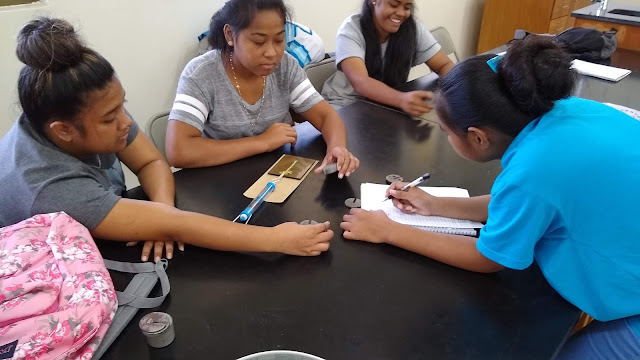 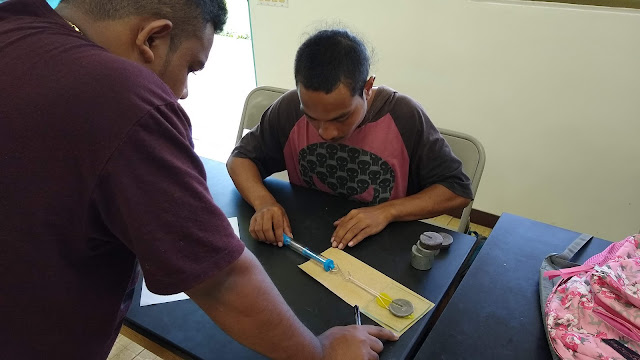 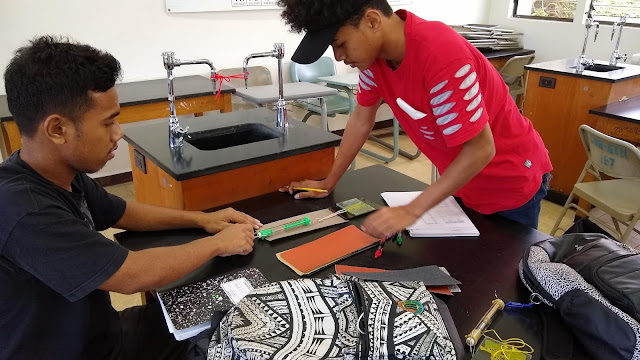 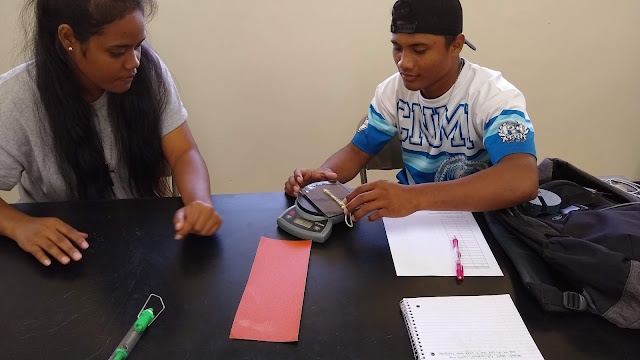 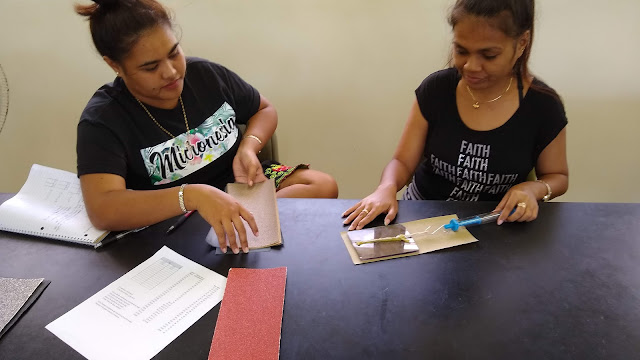