February 07, 2019
The framing I used last fall seemed to work well to set up this discovery style open inquiry laboratory. I began with the following concepts written on the board: 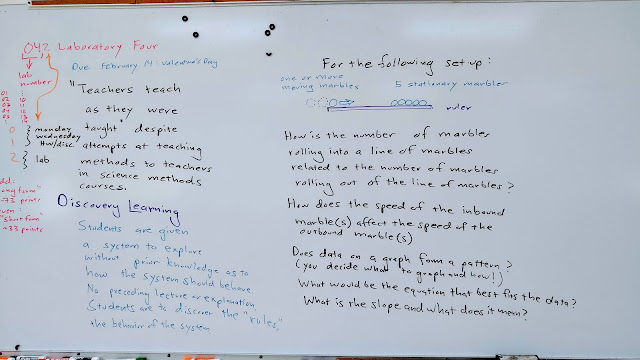 "Teachers teach as they were taught" despite attempts at teaching methods to teachers in science methods courses.

Discovery learning: Students are given a system to explore without prior knowledge as to how the system should behave. No preceding lecture or explanation. Students are to discover the "rules," the behavior of the system.

I noted those students who were in an education major and some of the design thinking and intent behind the laboratory.

I then diagrammed the layout on the board and wrote the following guidances:

Note that this term I deliberately added a new set of guidances from the third bullet point onwards. Last term the class foundered in the search for data to graph. This term I exposed the drive for data leading to a graph from the start of the laboratory. 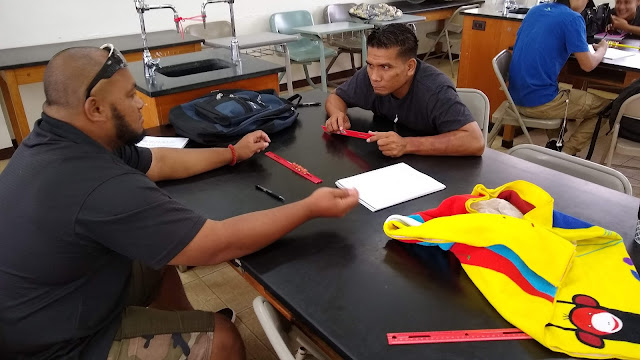 The groups would all eventually converge on data that could be graphed based either on marbles in versus marbles out or marbles in versus the number left on the ruler. The later approach leads towards a slope of negative one. 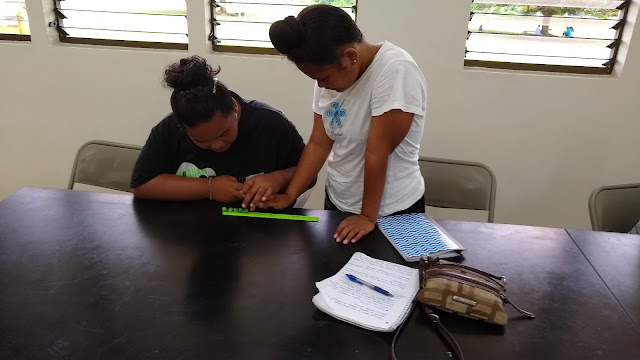 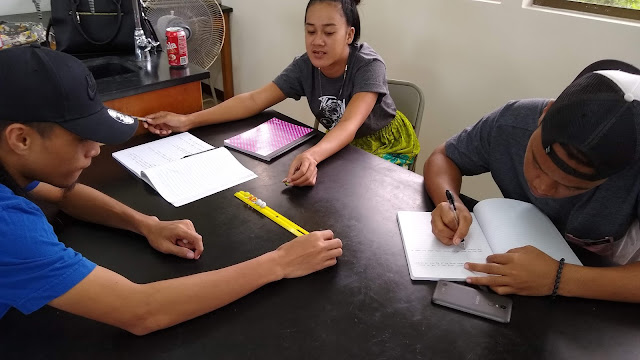 I did not, as I have in prior terms, organized a group discussion. Each group eventually settled on a basic one-to-one correspondence graph. Students did say the behavior was not what they expected. They were surprised - the lab works best when the students are surprised. 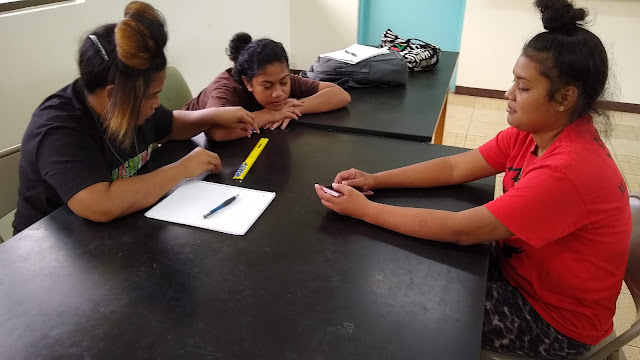 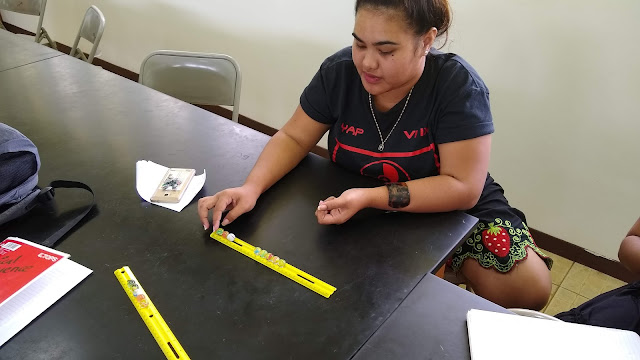 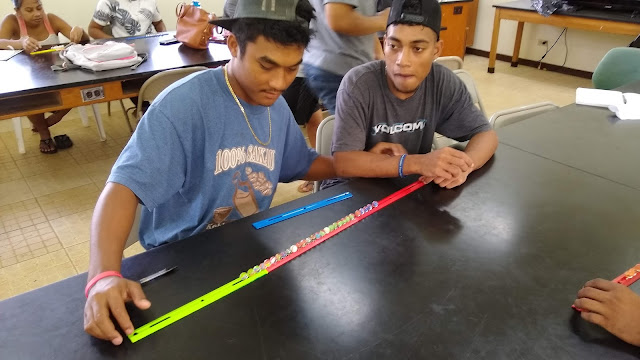 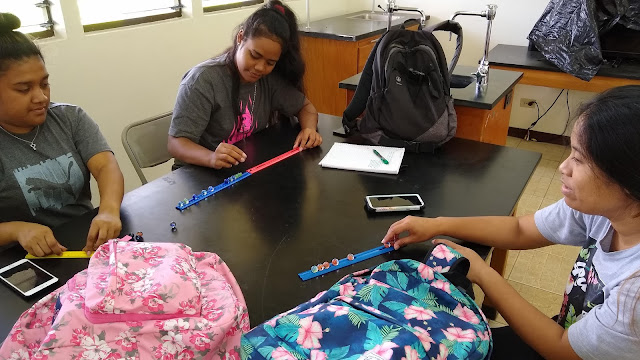 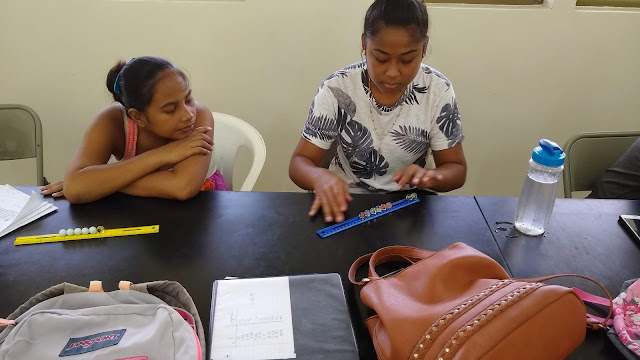 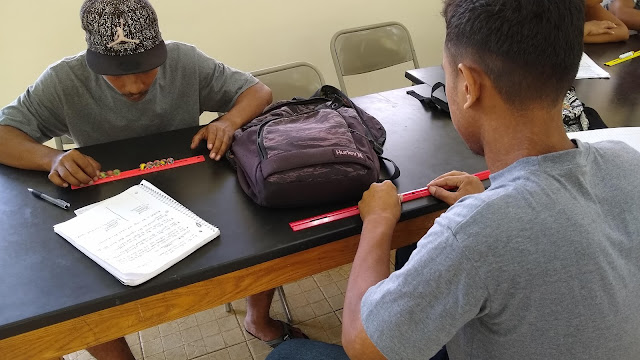 All but one group appeared to arrive at a slope of one or negative one, with the negative one being inbound marbles versus remaining marbles. One group counted the motion of the penultimate marble as a half marble, they had a slope of 1.25.

Friday the intent is to build off of the dimensionless slope of the laboratory. That slope happens to be one, which tends to occur for conservation laws where the units are the same.  This term I plan to distribute the following extended quote from Sabine Hossenfelder's Lost in Math.

Where the Numbers Have No Name

But it is only the numbers without units that physicists worry about-numbers that are also called "dimensionless," as opposed to “dimensionful” numbers, which do have units. This is because the value of a dimensionful number is fundamentally meaningless-it depends on the choice of units. Indeed, with suitable units, any dimensionful number can be made to be 1. The speed of light, for example, is equal to 1 in units of light-years per year. So when physicists fret about numbers, it's only the ones without units that are worrisome, such as the ratio of the mass of the Higgs boson to the mass of the electron, which comes out to be approximately 250,000:1.

The origin of arguments from naturalness is that physicists would like all dimensionless numbers to be close to 1. But the numbers don't have to be exactly 1, and so one can debate just how large a number is still acceptable. Indeed, in many equations we already have dimensionless numbers, and these can bring in factors that aren't necessarily close to 1. For example, 2n to a power that depends on the number of spatial dimensions can swiftly wind up as more than 100 (especially if you have more than three dimensions of space). And if you make your model a little more complicated, maybe you can get a number that's even higher.

This then leads to the idea of beauty in the math of the physical world. What is this beauty? But what then of the finely-tune constants in the universe? This should segue into a short set of videos on this concept and the possible explanation of the universe as a simulation. This would veer away from the previous use of momentum demonstrations.

This approach was used, with videos that led to the universe as simulation concept. I would prefer videos that focused more on Sabine Hossenfelder's Lost in Math argument and Max Tegmark's Our Mathematical Universe. The two simulation videos are somewhat redundant and do not map out the path from current first person games to the ultimate first person shooter. The first video, however, does mention the Tegmarkian multiverse, a concept likely to come up again later in the course.