Change in momentum is force

February 11, 2019
On the board I noted "Failure is always an option" as this particular demonstration has only ever failed. Over the years I have come up with a variety of incarnations of this demonstration, ever sure that "this one" is the one that will succeed. After years of failure, now I start off with the presumption of failure. Last term I thought I had a possible system that might work. That demonstration failed convincingly when the rope puller used the spring scale in a locked manner. 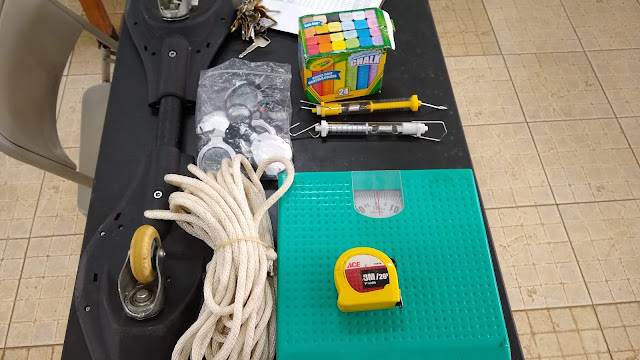 The gear required to run the demonstration includes a RipStik, rope, five stopwatches, a tape measure, sidewalk chalk, a weight scale, and a spring scale. 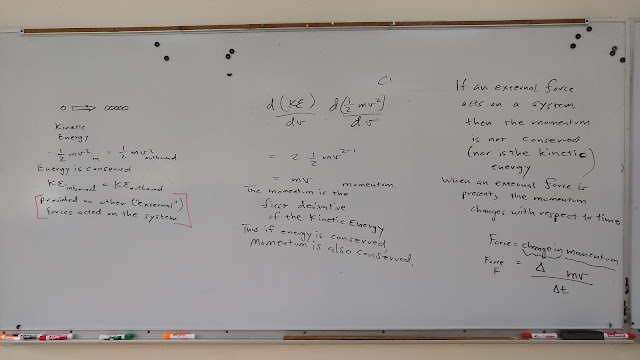 Momentum as the first derivative of the kinetic energy

I began with noting that in laboratory four the conservation of momentum was what was being observed in the behaviour of the marbles - provided no external force is acting on the system. I also had the students recall that the concept of the conservation of energy was used in the banana leaf marble ramp demonstration. I then showed that the momentum is the first derivative the kinetic energy. In the absence of external forces, both are conserved. 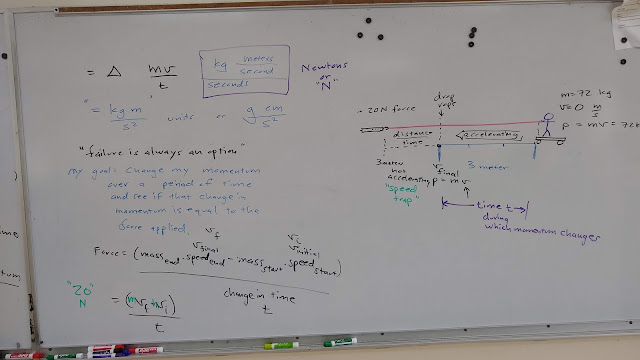 Details on how the demonstration will be done 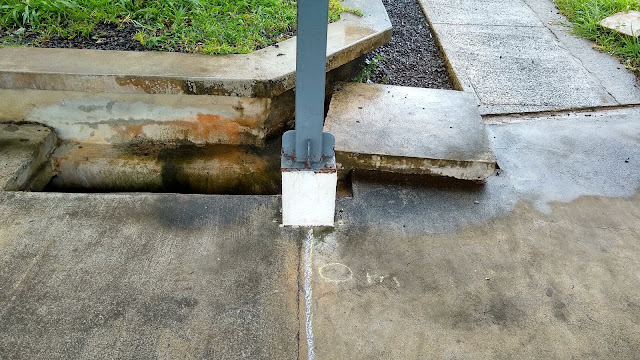 Start of the acceleration

My mass plus the mass of the RipStik was 72 kg. I started the RipStik at a speed of zero meters per second and was accelerated across a distance of three meters by a rope being pulled at a fairly constant 20 Newtons. Last term 20 N had seemed appropriate. 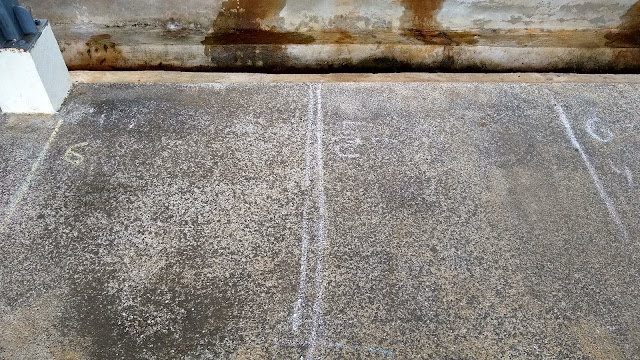 End of the speed trap

This term a two meter speed trap was used after I dropped the rope at the three meter mark to determine my final velocity. Last term a one meter trap was tad too short. 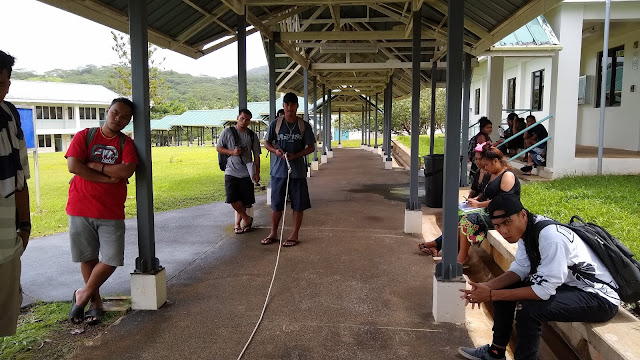 Mayson with the spring scale

Holding the rope in my left hand, I held on to the zero post. "Start was done 3-2-1-start!" Mayson had the spring scale, and directions on how to hold the scale. He initially underestimated the acceleration he had to undertake going backwards to maintain 20 N. My guess is that 30 N would require too fast a back peddle for the rope puller. 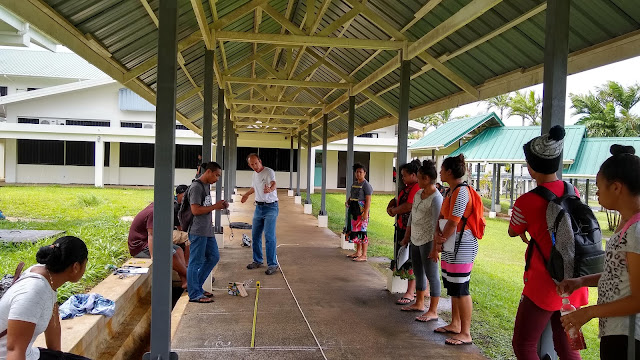 Explaining to the timers their role

Under acceleration, I covered the first three meters in 4.42 seconds - this was the median time from three timers. I dropped the rope and crossed the speed trap in 1.54 seconds. Two timers timed the two meter trap recording 1.45 seconds and 1.63 seconds. 1.54 seconds is the mean time for those two. 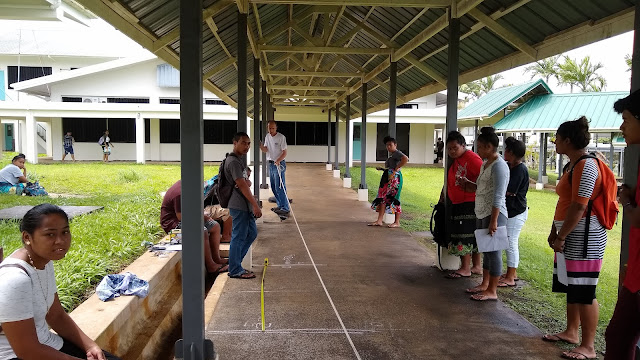 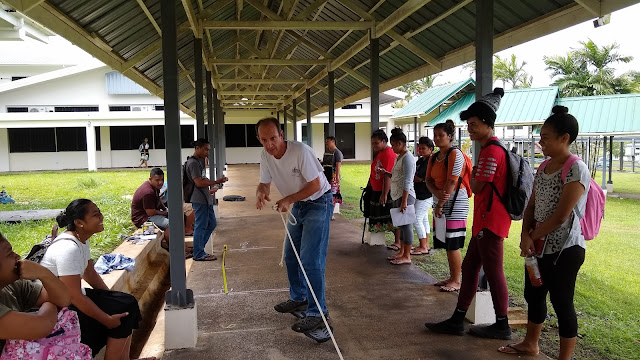 The pull force was 20 Newtons. To well within any acceptable margin of error these values were equal. The change in the momentum was equal to the external force applied. That has not happened before. I guess even a statistician will be right 5% of the time.

Notes would include the need to "cast off" the rope at the three meter mark in a manner that does not leave the rope in the path of the board. Balance was lost on the second run when I slewed off the starting post.