February 06, 2019
This term the additional class at 10:00 and additional riders in the morning meant that obtaining a banana leaf for noon would not happen before classes nor at ten. Instead I picked up a leaf the evening before and left the leaf in my office. Strong winds associated with the trade winds have shredded the larger leaves, so I used a smaller leaf. The leaf was too small to tie vie suspension to the overhead track, so I taped the leaf to the faucets. 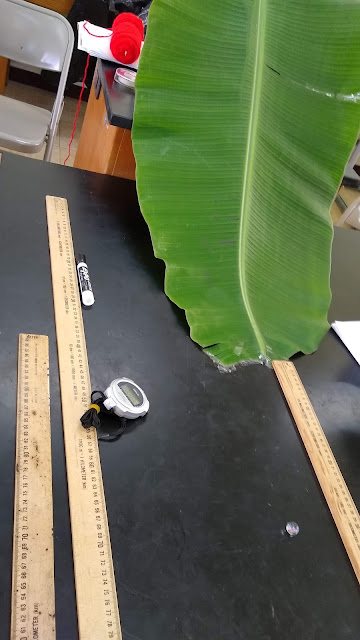 Because the leaf was smaller, and because I wanted a point at the lowest reasonable speed, I began at 3 cm height. A regular (duck) marble was used, friction did not seem to be that great in the track for the duck. A one meter timing track was used (100 cm) for all runs. This worked and removed the timing track length factor from confounding the results. Height increases were of 3 cm or multiples of three. 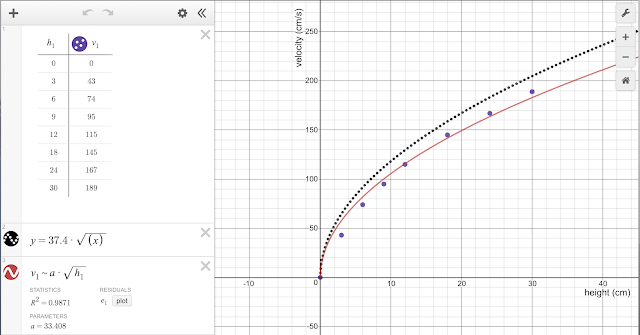 The curve well underperformed the pure linear kinetic energy coefficient of 44 but when spin was taken into account, the curve was only slightly lower. This is likely due to friction. As a demonstration this went well.
physci