January 29, 2019
As I have the past couple of terms, I used an eastern start to to the hike. Mosses with sporophytic structures and Davallia pectinata are intermingled there. Of note is that the following two images are from the same combination seen at South Park. Find a tree with sporophytic moss and you will also likely find Davallia pectinata perhaps. Start was perhaps a couple minutes late as I handled some  academic support for Schoology. 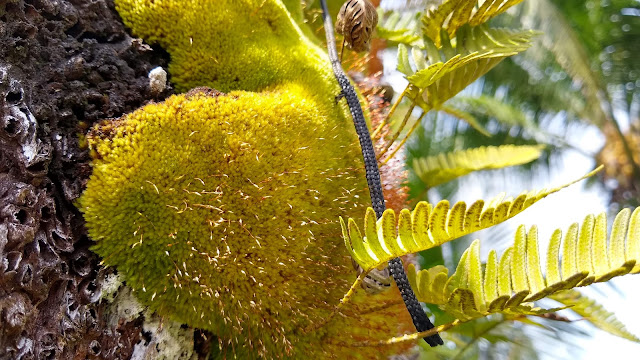 The Davallia pectinata at South Park included fertile fronds. I noted that the fertile fronds produced spores as part of the reproductive cycle of ferns and that group seven would be describing this cycle to the class on Thursday. Throughout the walk I related plants to the group that would be responsible for covering that plant. The assignment of presentation groups ahead of the walk makes this possible. 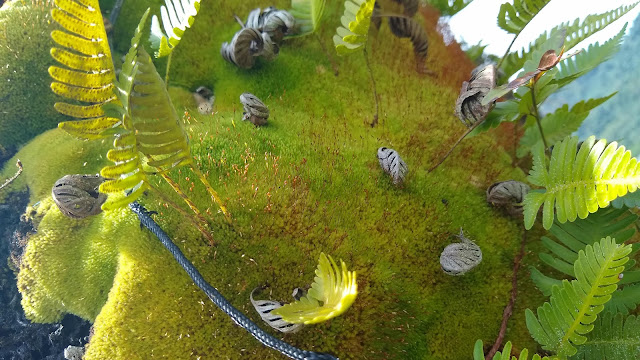 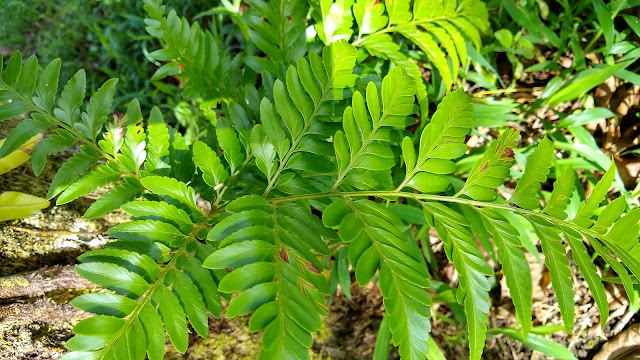 Davallia solida on a tree east of A101 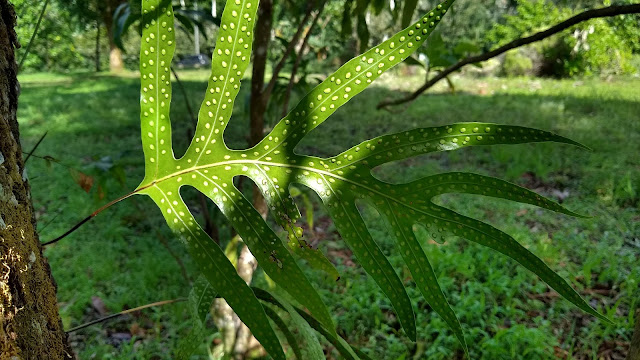 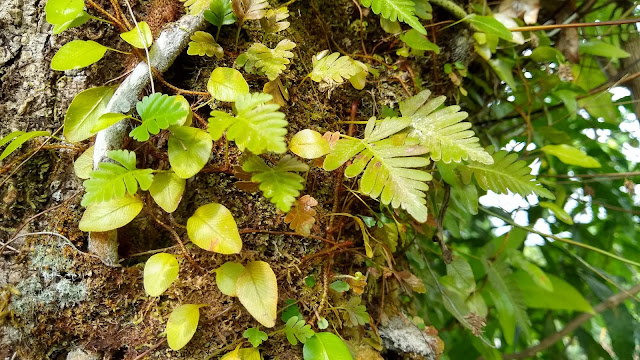 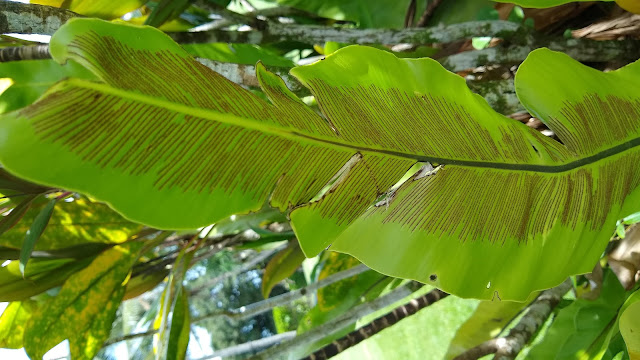 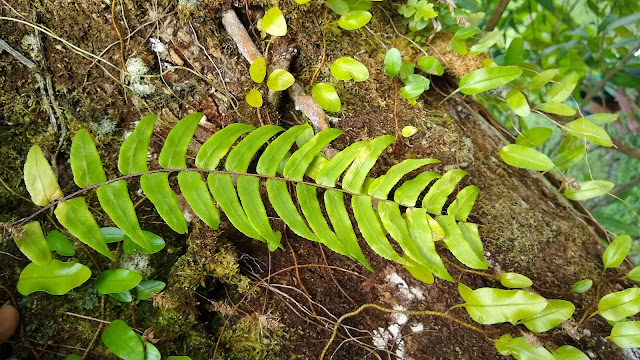 Nephrolepis spp. Not a fertile frond. Frond is divided once. 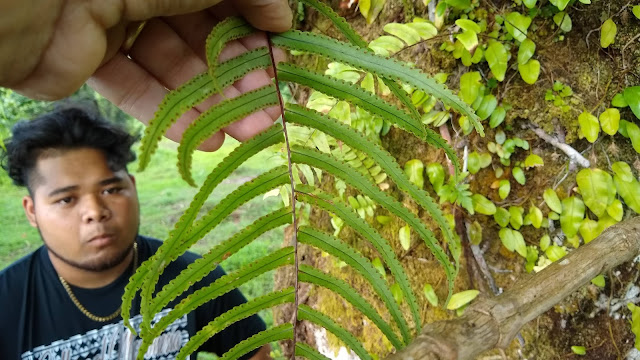 Nephrolepis fertile frond with sori. Frond is divided once. 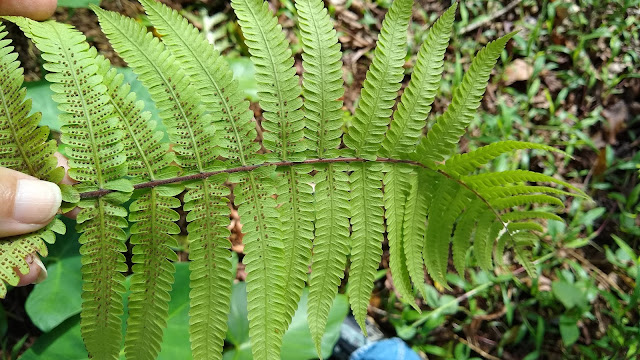 Cyclosorus Maemonensis is divided once, lobed. Fertile frond with sori. 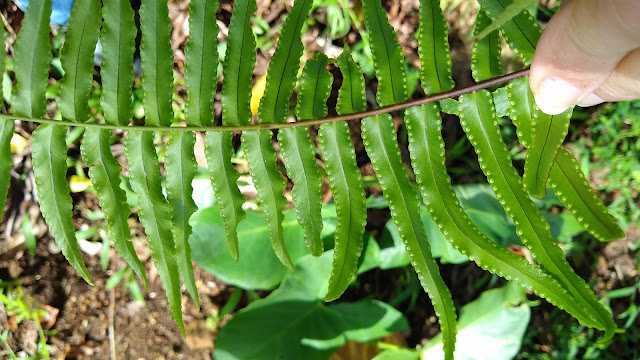 Nephrolepis fertile frond earlier stage in development. These were on the mango trees by the intersection. 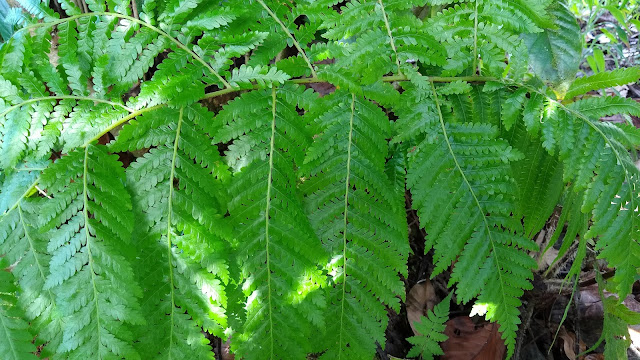 A young Cyathea nigricans frond underneath a Gardenia jasminoides bush. 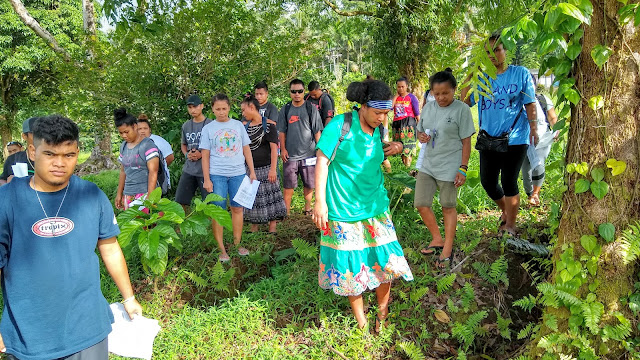 The class moving westward from the corner, already 16:01. 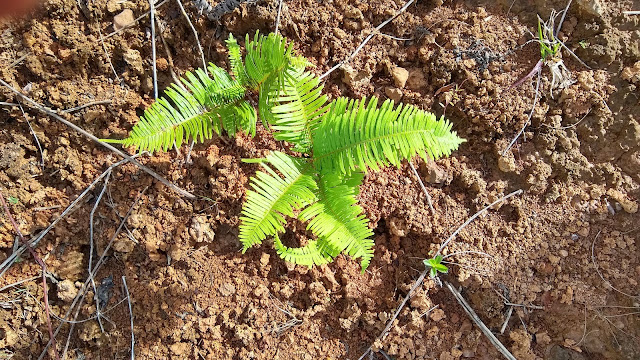 The eastern route works well in part Dicranopteris linearis has settled in here. 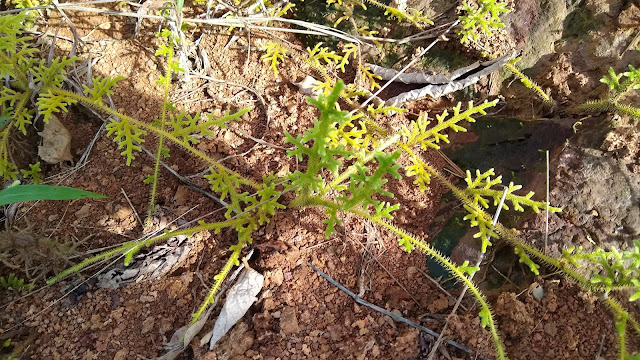 As has a single Lycopodiella cernua plant. This hike focuses on monilophytes (ferns) and lycophytes (lycopodium). 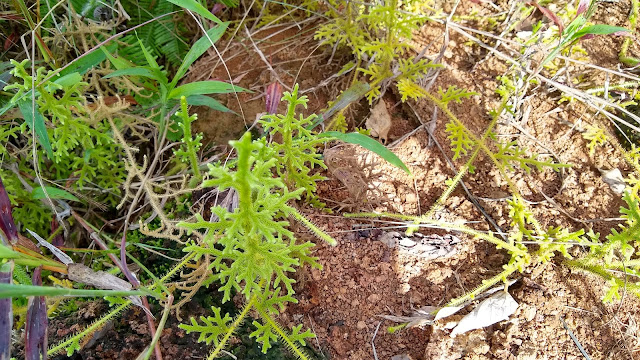 On the way west from here I stumbled across some Nostoc (cyanobacteria), some dried out, some still green and jelly-like on the bottom. 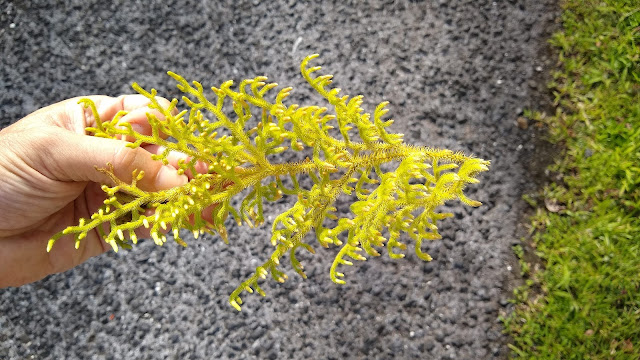 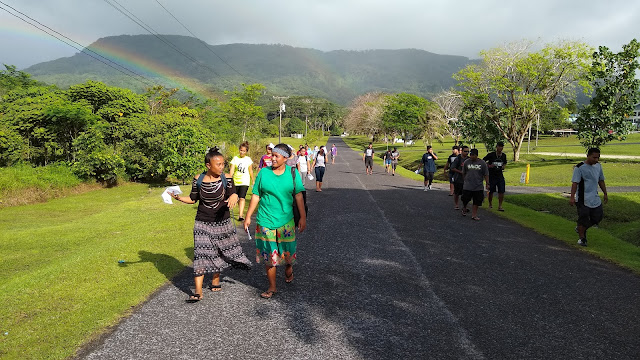 The class walks west against a backdrop of rain and a rainbow. Nayme and Kayleen on lead. 16:16 in the afternoon. 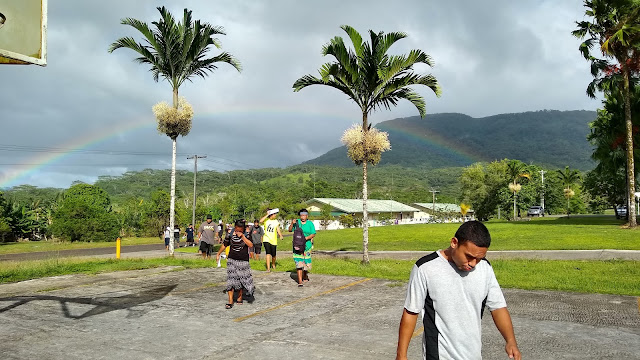 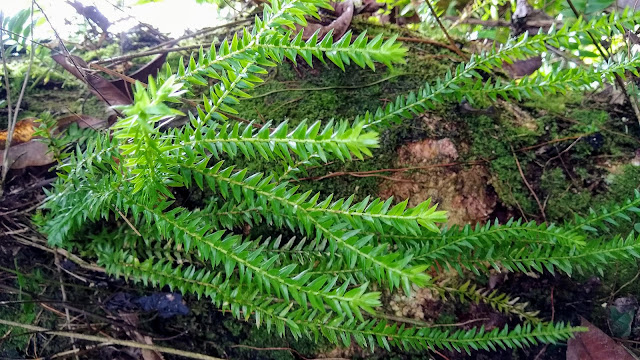 The other lycophyte on this walk, Huperzia phlegmaria. Time did not permit a side trip to see the selaginella, but a tour of the Japanese cemetery occurred on the second day of class and included mention of selaginella. 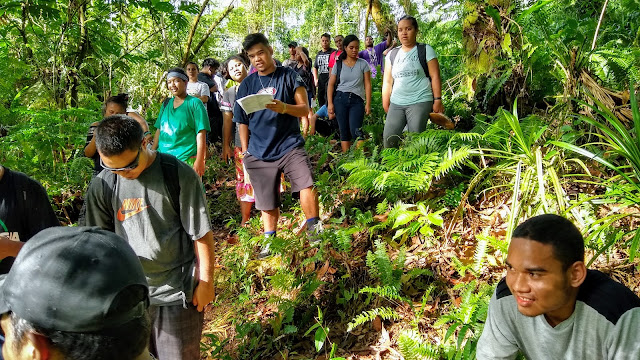 Having already seen Dicranopteris linearis and Lycopodiella cernua, we went straight to the mango tree. We were all present there at 16:28 when the above photo was taken. There we observed the Huperzia phlegmaria and Haploteris elongata. Asplenium nidus was also present, and I covered the meaning of the Asplenium nidus atop a yam on Pohnpei. I also covered the meaning of Microsorum scolopendria, although none were immediately visible. Here too I pointed out the Cyathea nigricans. And then walked down to the Angiopteris evecta. I did not walk back to the Asplenium laserpitiifolium nor check for Adiantum tenerum.

The image also well illustrates the functional class size limit for the section. At most perhaps 20 students can be in position to see what plant I am talking about. Beyond 20 some students will be at the back of the group. Hence the hard limit at 25 students. The hike also illustrates why the class is at the end of the day and is thus a single day ending section: students wind up hot, sweaty, and/or rain soaked by the end of class. Being at the end of the day, the students can go change, clean-up, shower. 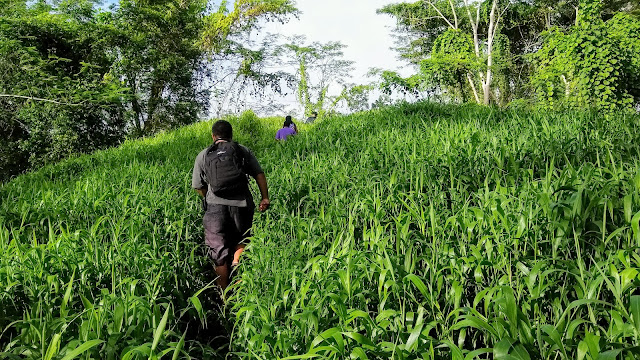 Outbound at 4:48. A few minutes later than I might prefer given the need for some to make the 5:00 PM bus. 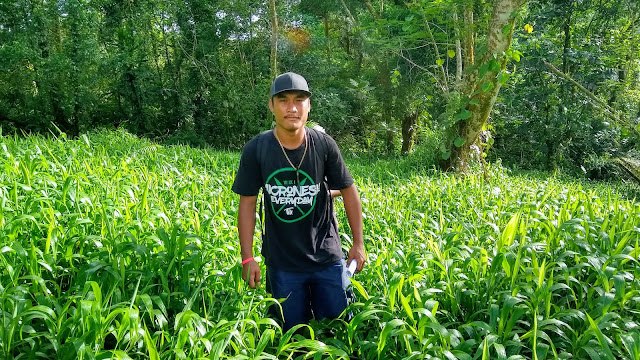 Mayson on anchor for the group as we headed out.
ethnobotany