Latitude and longitude hide and seek

October 03, 2018
On Monday I introduced the latitude and longitude system, which was review for some students. The equator being zero, the poles at ±90°, the prime meridian, and the anti-meridian. I also showed how to turn on the GPS units. I suspect more time should be allotted for learning to turn on the GPS units and get to the latitude and longitude screen - at least one group, if not more, did not change from the ground navigation screen, following the randomly pointing arrow that indicates the direction in which the group is moving. 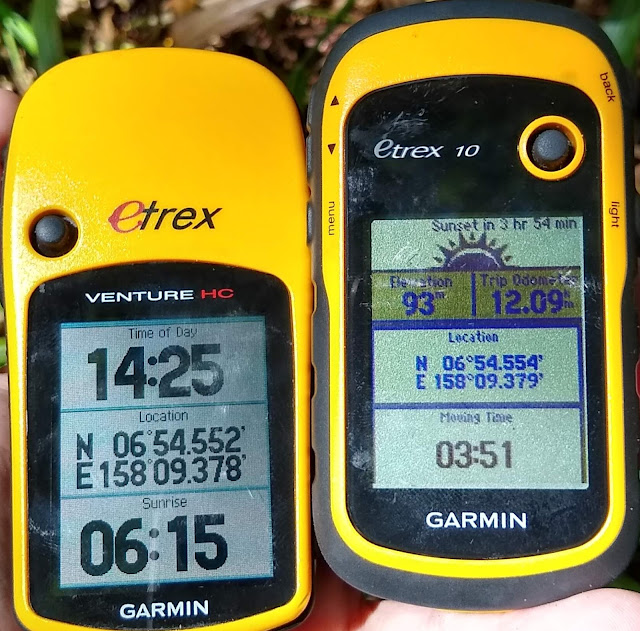 This time I opted to hunker down in the grass below the cemetery, coming in from the west to cover my tracks. At least one student who swung west of my position realized that the grass was recently bent and that must be my track. He was working with his smartphone and was first to find me on Wednesday. He opted to drop into the grass with me. 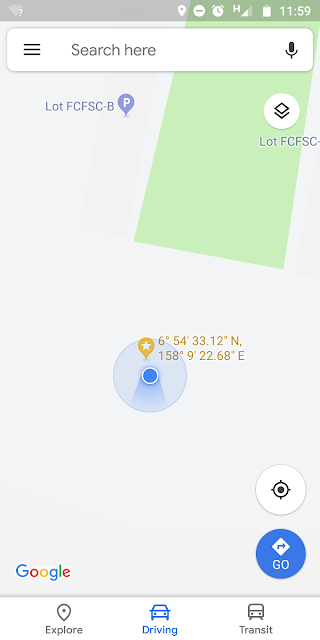 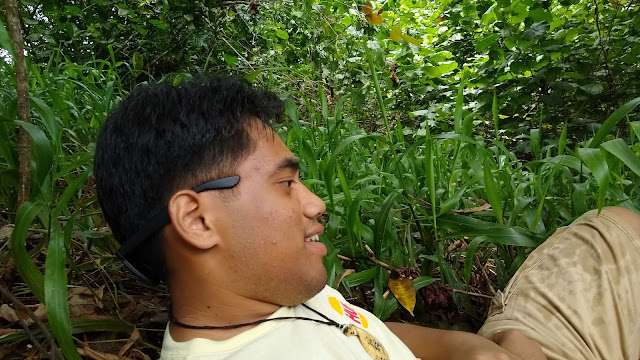 First to find me was Reginault, who quietly dropped into the grass as the other groups were closing in. Prior to his arrival a group to the east was moving along the line of latitude and would have reached my position, but a student called from the gym. Although the student shouted "Come out!" I heard, and they heard, "Come!" and they did, turning right and heading uphill just short of my position. 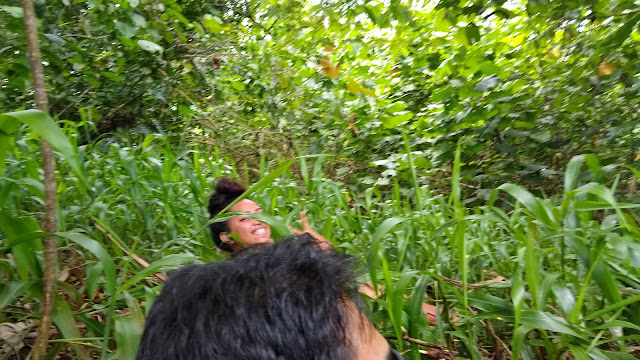 Second in was Rosalyn, who also chose to drop down into the grass. We could hear the search groups pass our position. 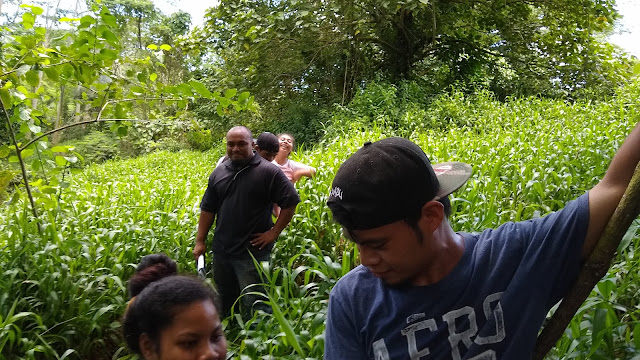 
Another group wound up west of my position and was east along the correct line of latitude, but then a student who had dropped well down into the valley called out and that group turned left and headed downhill. Eventually a third group came from the west and found us, after which the groups above and below my position realized where I was. 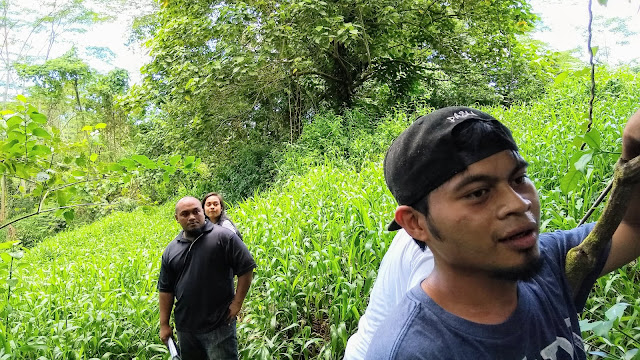 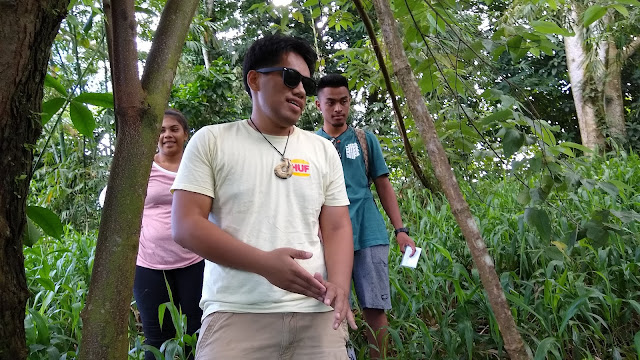 More converge on the hide 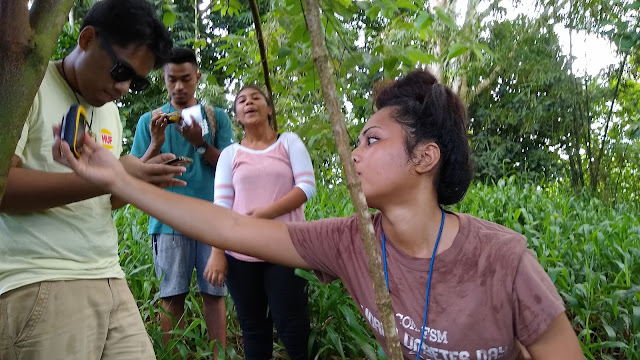 Rosalyn and Reginault check their GPS readings, as does Shawn in the back.

I asked the students to move to where their GPS matched the coordinates on the paper, they wound up arrayed horizontally along the line of latitude next to each other. This paved the way to discuss the error in the position. 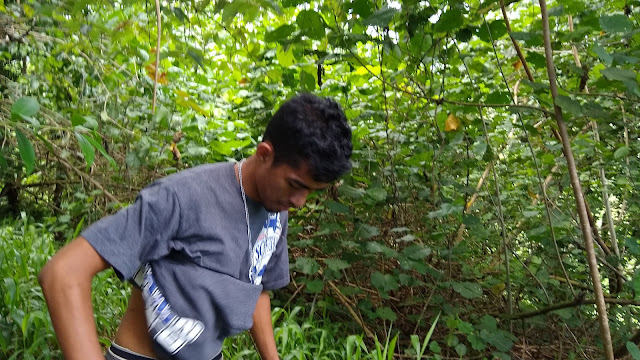 Jerome arriving at the hide 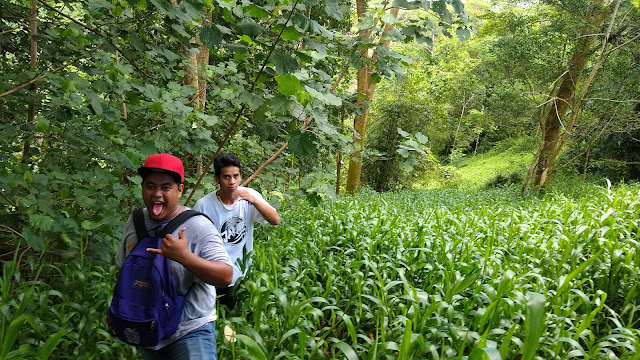 Michsane and Skyler coming up from down in the valley

This term no group was completely lost. I first heard voices very quickly, by 12:08. Despite the fast arrival in the area, Reginault would not find me until 12:17, Rosalyn at 12:19, and the other groups at 12:21.  One student wanted to do the whole thing again - they seemed to enjoy the class.