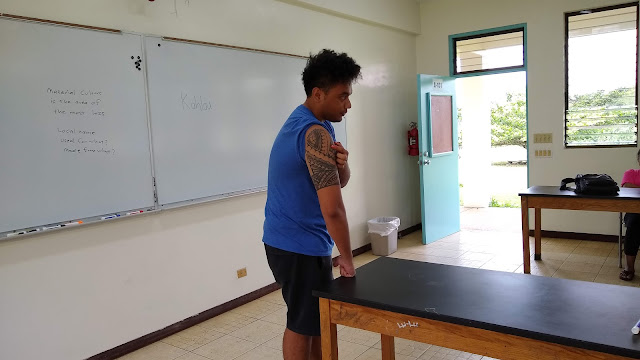 Keanu explained the traditional, family, and personal meanings of his tattoo. 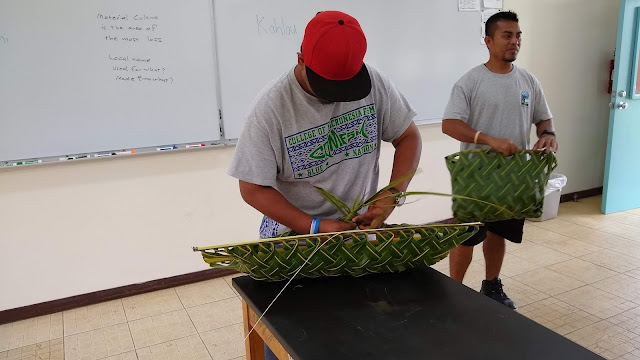 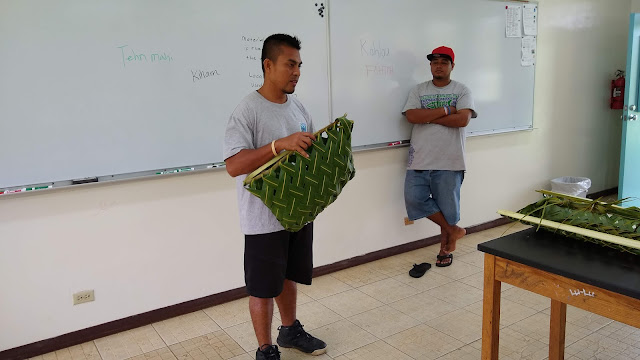 Both are made from coconut fronds, yet the designs are vastly different. The kiam is used to hold yam, breadfruit, and pig. The fohtoh is used for hard taro, coconuts, and fish. 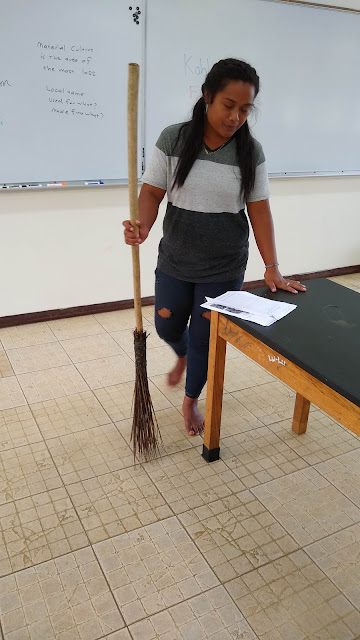 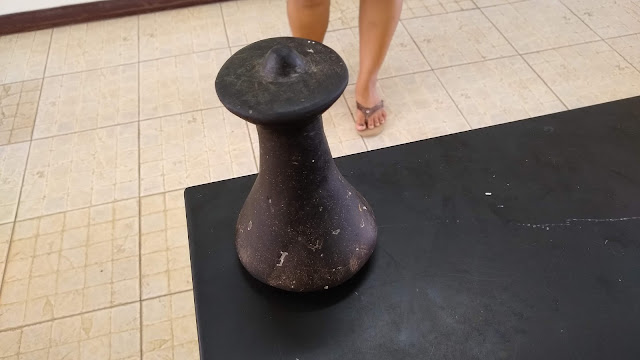 This Kosraean dok is actually made of basalt, but some are made of hard wood. 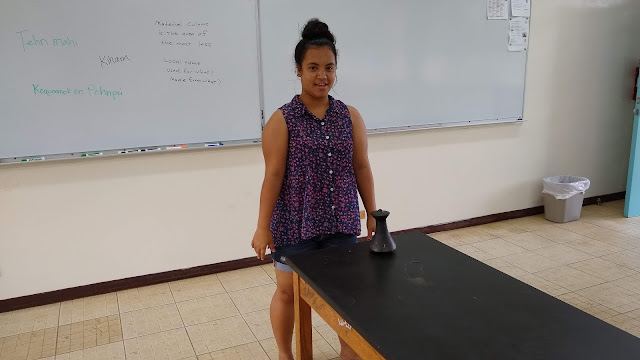 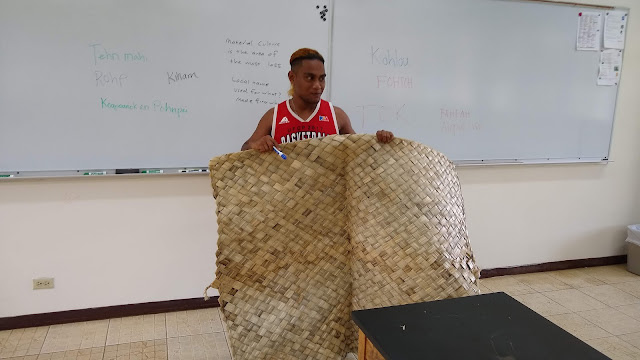 Justin brought in a Mwoakillese pandanus mat called a rohp that was made on Mwoakilloa. 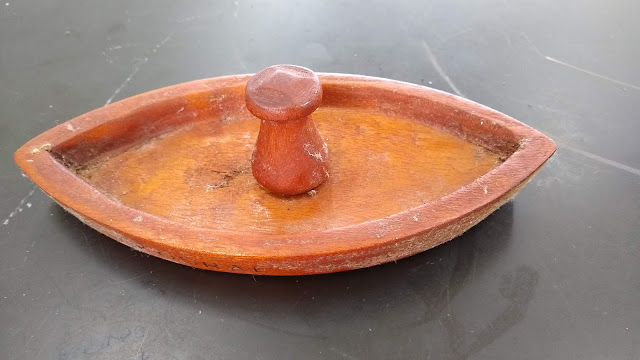 Tulpe Suselyn brought in a model of a Kosraean tok and tohp for fahfah. The word tohp may derive from the English word "tub" and is thus somewhat puzzling. Fahfah is, as far as I am aware, a pre-contact food in Kosraean culture. One might expect the material cultural objects that accompany the production to be pre-contact words. 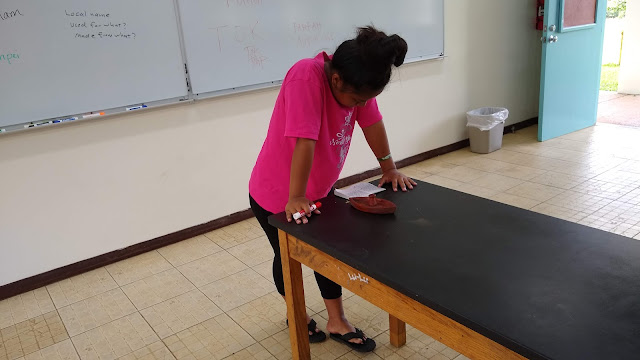 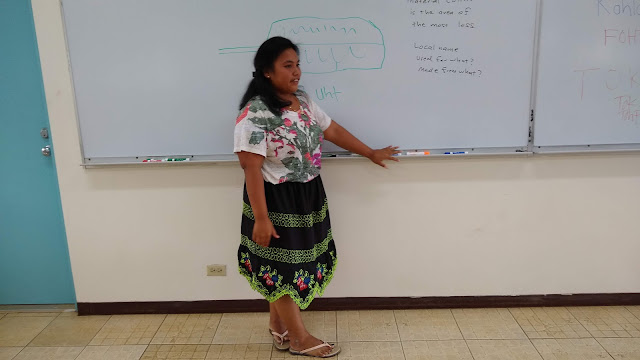 Adelma was going to present on something else, but I suggested she present the urohs en Pohnpei, which has become a cultural identifier for Pohnpeians abroad.
ethnobotany