Mirror, mirror, on the lab table

July 04, 2018
Laboratory eleven was trimmed from a focus on both reflection and apparent depth (a refraction effect) to only reflection. A series of factors contributed to this trimming. 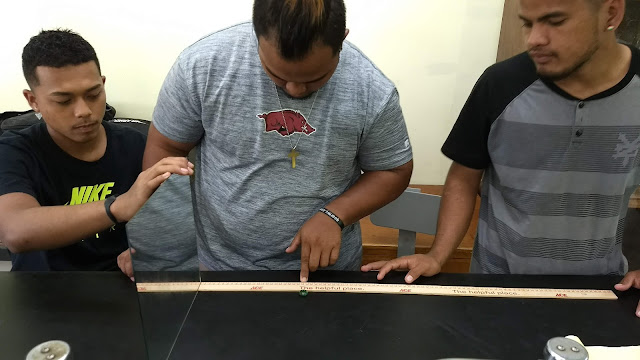 Primary was the lack of some of the specialized containers used for the apparent depth measurement. I did consider trying to use the reef, but that would be complex and could only be done at a time of the month when the depth on the reef was appropriate to the experiment during class time - and when there was no effective wind. On a sunny day. In other words, a whole lot of natural phenomenon would have to line up for the laboratory to run well on an open air reef. 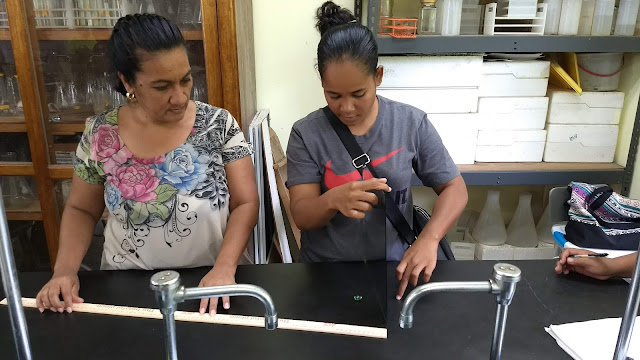 Rebecca (Rebucca) and Sally set up to make measurements

Secondarily was the late position of the laboratory in the summer term this summer. Laboratory eleven fell a week later than usual due to field trips utilized earlier in the term. This left little time to get a laboratory report done - the due date would have been the last day of class, but with that day riding up against my own departure from the island, I had to set a due date less than a week after the laboratory. With refraction included in the same laboratory the report is complex and, in the past, students have become confused between the concepts. This summer there would be no time to sort out that confusion. 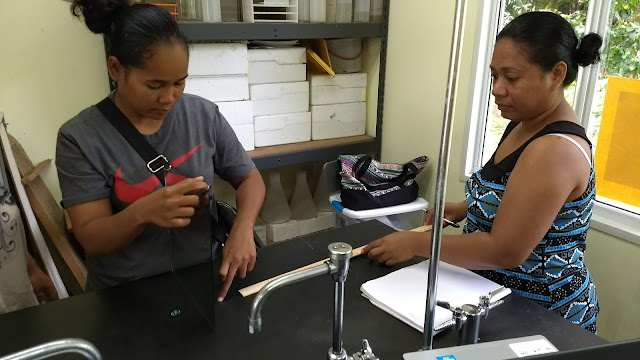 Other considerations included my inability to sufficiently demonstrate refraction. At the national site I can use lasers and containers of water in special shapes to help explain refraction, show the students actual refraction occurring, not just drawing random lines and shapes on the whiteboard. Without those concrete experiences to generate the cognitive hooks on which to attach the concept of refraction, the linkages between refraction and apparent depth would be effectively non-existent. 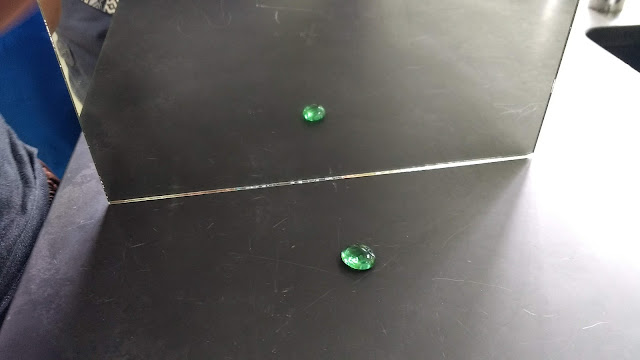 For the object element I found flattened glass decorative "marbles" - at least that was the label on the packaging. These worked surprisingly well, perhaps better than the figurines in use in Pohnpei. These "marbles" are also found at Ace Office on Pohnpei. 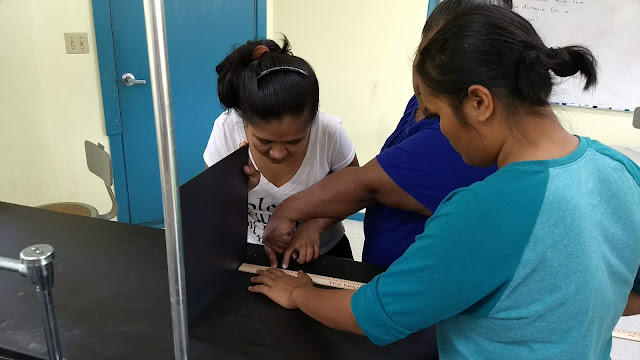 Srue and Yulin measuring the image distance, Cathy behind Yulin

The mirrors came from Ace Hardware. Ace on Pohnpei has been out of mirror tiles for some time, although I have checked in the past year or so. Here there are still mirror tiles - six for twelve dollars. With no petty cash facility, I bought the decorative marbles and the mirrors out of pocket. Both will stay here on Kosrae. The tiles are too heavy and fragile to transport. 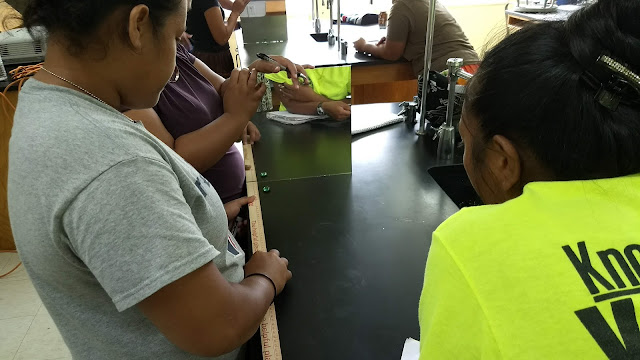 A view of the set up in front of the mirror

The "91 centimeter" sticks are from Ace Office, tucked away behind a display. They are 99 cents each, although discovering this required knowing that the code for this item is "a small number." 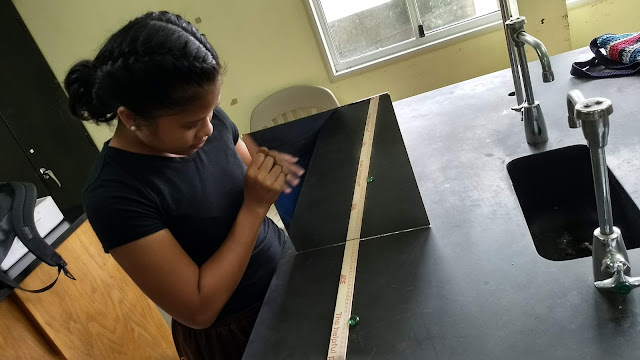