July 04, 2018
A lack of equipment led to shifting the floral litmus solution laboratory to a demonstration. I found I had only Erlenmeyer flasks and test tubes to work with. No beakers, no eye droppers. The lab would require pouring with hot water from Erlenmeyer flasks into test tubes and the direct injection of undiluted test agents. Given the potential for burns or other problems, I opted to run the laboratory as a demonstration. 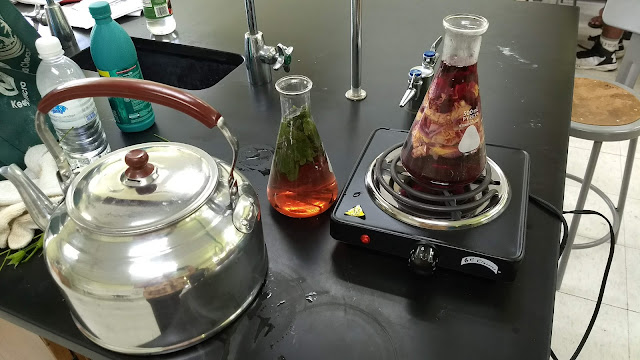 The hot plate was purchased for $19.95 at Ace Hardware. The tea pot was about $17 at Michaela's store. These were both out of pocket expenses, so both will likely go back to the house in Piyuul. To ensure that I could clean out the flasks at the end of the laboratory, I shredded the Hibiscus rosa-sinensis and the Plectranthus scutellarioides (coleus) I used. Both would perform well, but the coleus would perform better overall. Despite the light color of the starter solution, the color changes were more marked and clear for coleus.

I started heating the water at 9:30. By 10:30 I had a boil. I added the shredded material to the Erlenmeyer flasks. Brought them to a boil on the hot plate. And then left them until 11:30 to cool down. They were still slightly hot at 11:30. 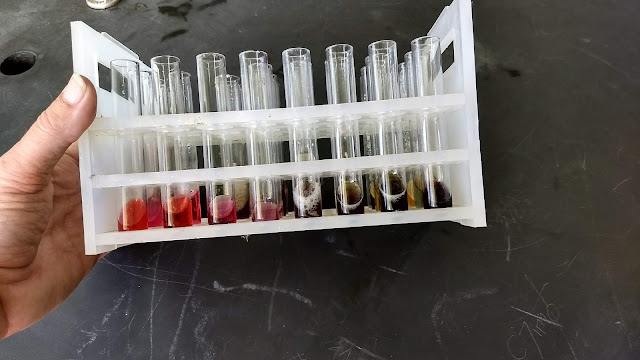 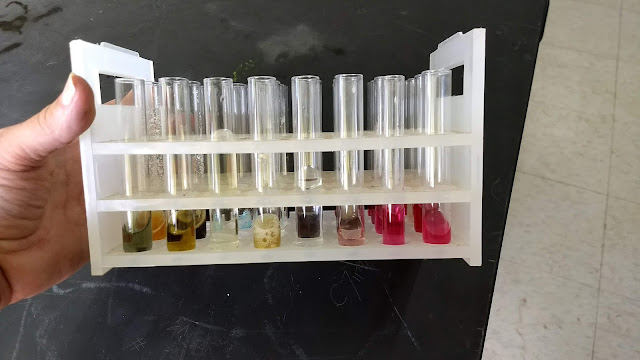 Coleus. On the right two test tubes are red as a result of an acid.  Third from the right is the original rosy brown color of the coleus. The rest are base reactions, with one being bleach. The bleach went almostly instantly through green to yellow to no color. 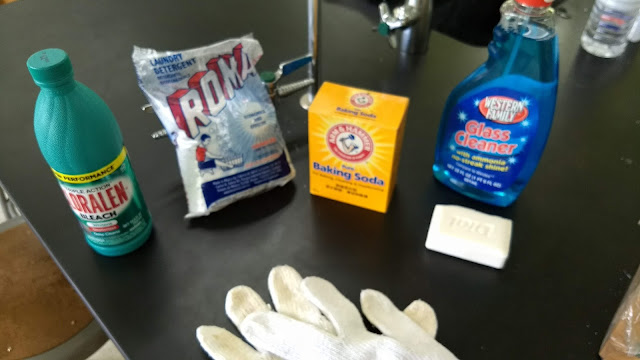 The collection of bases assembled from Ace Office supply. 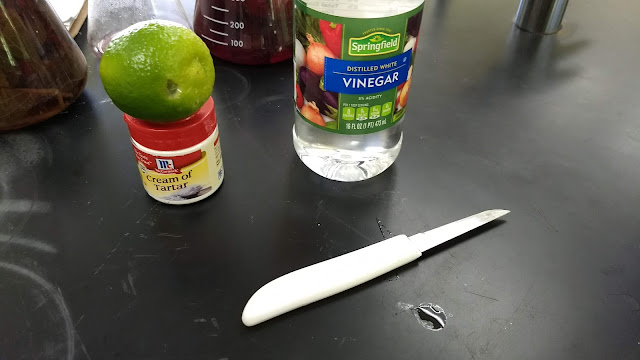 The collection of acids also from Ace Office supply except for the limes which came from Michaela's store. 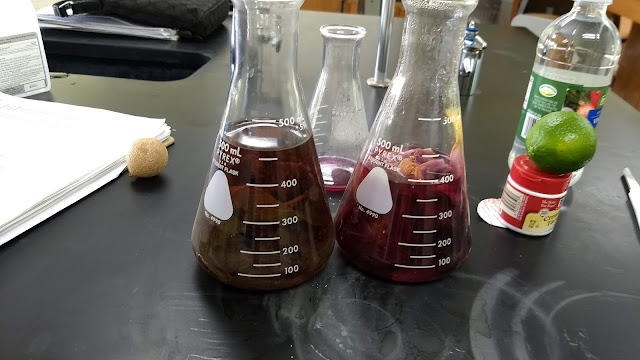 On the left the boiled coleus, on the right, hibiscus. Note that I bored a hole in the lime with a small paring knife in order to precision squeeze a few drops directly into the floral litmus solution. I took this approach with everything: direct addition of the substance to the test tube. No dilution. I also had to load test tubes by pouring the still slightly hot liquid from the Erlenmeyer flask into the test tube. I did not have a stirring rod to help with that process. Again, safey led me to run this laboratory as a demonstration. Which is how the education majors would likely handle this in an actual lower grade classroom.
physci