June 01, 2018
Laboratory two explores the relationship between time and distance for an object moving at a constant rate with a particular focus on how different speeds will graph. The lab is preceded by riding a RipStik at a constant rate of speed and showing that time versus distance is linear. 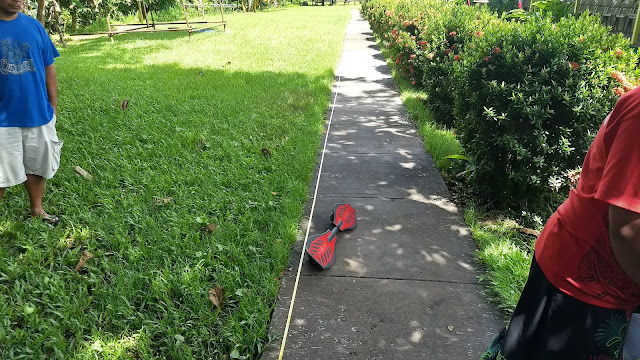 Despite trepidations about the grooves across the sidewalk, I laid out a 2400 centimeter run along the front sidewalk. Chalk was used to mark off 300 cm distances, a chronograph was used to obtain the times. The ride was a little unstable but yielded reasonable data. 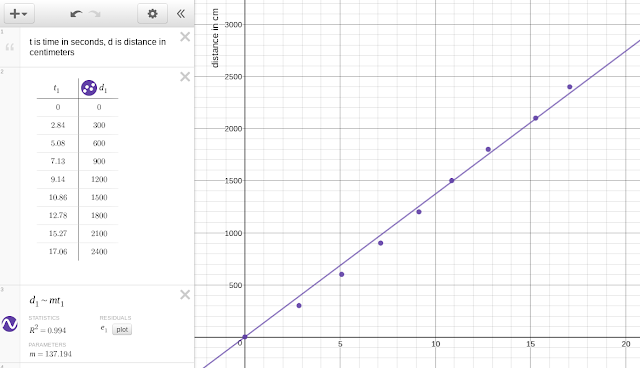 The speed came out to 137 centimeters per second. As the computer lab was vacant, the class went into the lab so I could graph the data on the SmartBoard.

This was followed by laboratory two where the class explored how changing the speed of the ball would affect the slope of the line. As I only brought two chronographs, I taught students how to use their smartphones as chronographs. I quickly became versed in smartphone chronography. 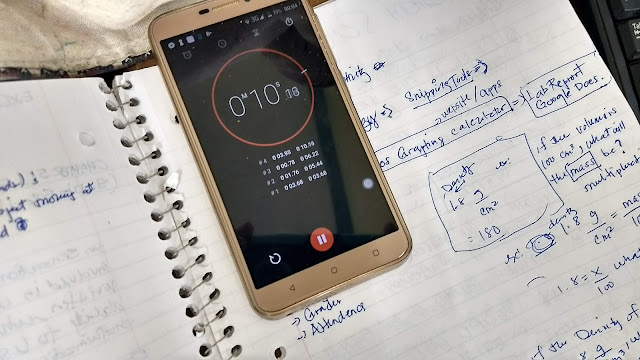 The above phone tallies total time in the third column. 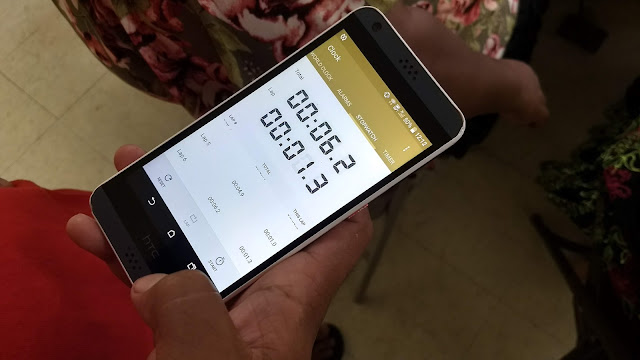 The phone shown tallies total time in the second column in the middle of the screen. 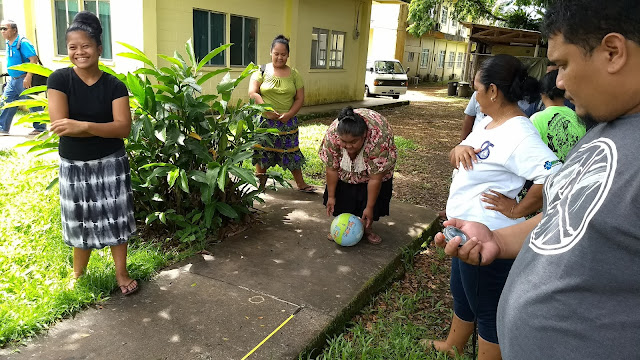 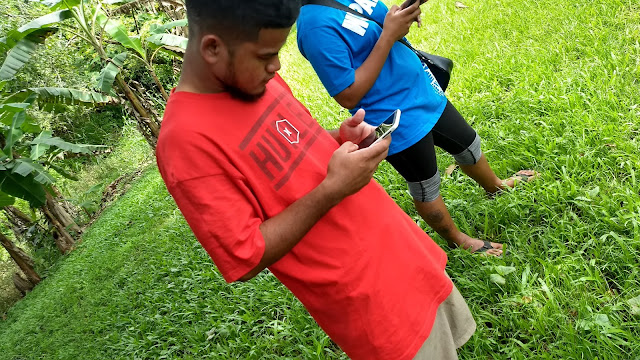 Using a smartphone to time the run. 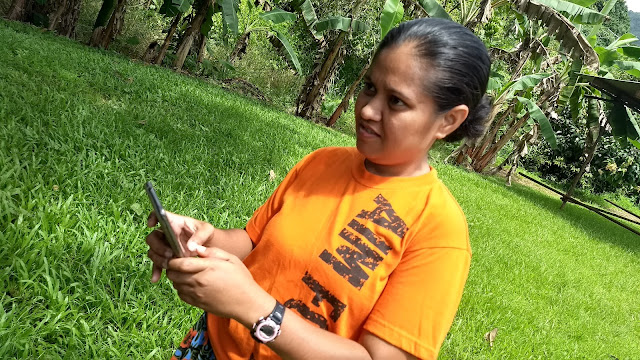 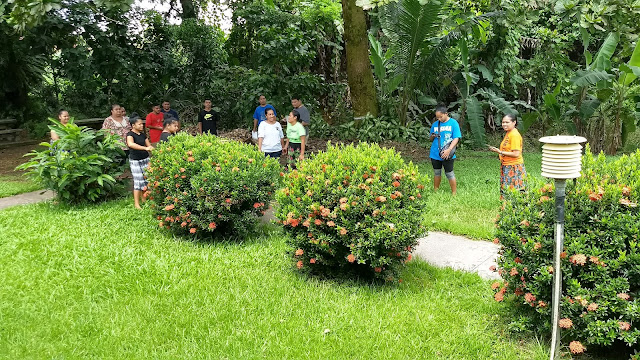 From the porch the class appeared to be engaged in social media on their smartphones, but no, smartphones are our core science exploration tool. 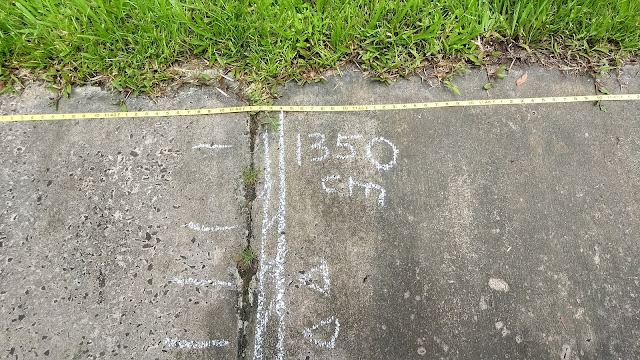 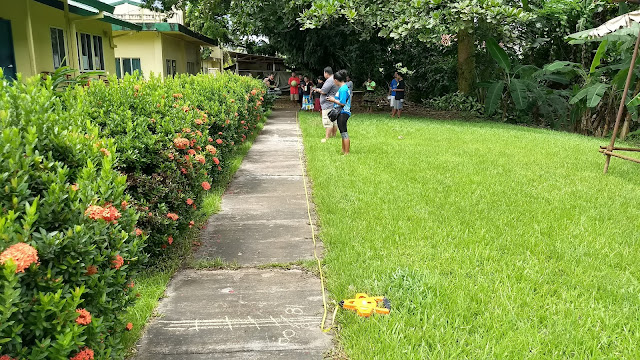 The fast ball was sent 1800 centimeters. 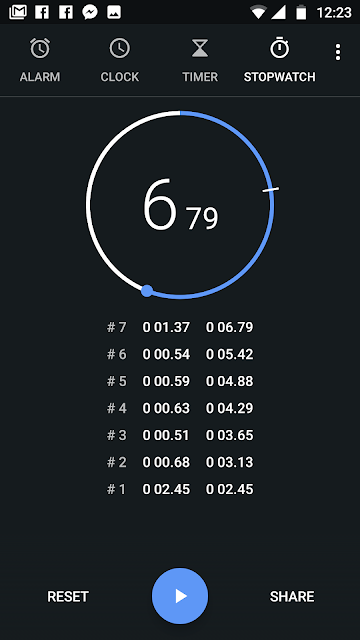 On the fly I learned that I could "share" the times via a copy data option and then paste data into Google Docs on my smartphone. 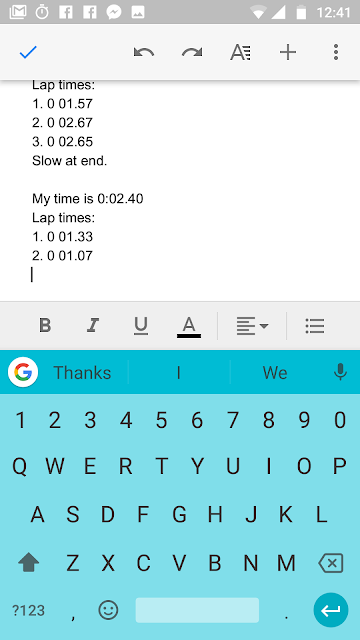 The only catch was that the individual lap times only were transferred. So I had to use a spreadsheet and =SUM(A$2:A3) and fill down to reconstruct the total time. Still, one could glimpse a pen and paper free data recording future. 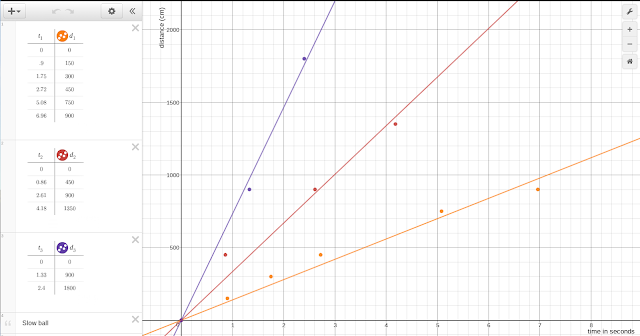 The ball speeds came out to 140 cm/s, 335 cm/s, and 733 cm/s. Students were recording their own data and used the data of their own choosing for the laboratory. Bandwidth issues meant that I marked the students in class for their Desmos graph. This summer marking may have to occur outside of Schoology. Only Desmos and Google Docs are functional here for myself and the students. Thus turning in is currently via sharing in Google Drive with one laboratory report per week to allow for technical challenges both for submission and marking.  Laboratory two was marked based on work done in Desmos and checked in class. Marking was done on paper and will be transferred to Schoology later.
physci