June 06, 2018
Wednesday began with a 4:30 AM roll out for sunrise service due to a municipal holiday marking the 06 June 1942 forced eviction of all of the residents of Malem municipality. 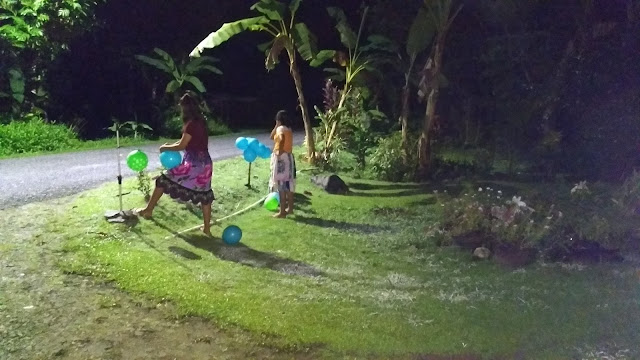 Balloons were strung along the road into Malem in the dark of the morning. After sunrise service, class met in Tofol. I found a banana leaf on campus for the banana leaf marble ramp exercise. Unfortunately the leaf would prove to be problematic choice, prone to rolling over and too tightly folded along the midline. I would later learn that what I needed was "apact fusus" - the Kosraean name for utin ruk. The data did not well support the square root relationship. The bumpy side panels significantly slowed the marble and produced unpredictable results. A roll from 40 cm generated the same time as a roll from 62 cm. I was so busy trying to get the banana leaf to behave that there are no images of the debacle.

In the afternoon laboratory four explored the conservation of momentum using marbles. My sense was that this went well and the students appeared to engage in the activity. 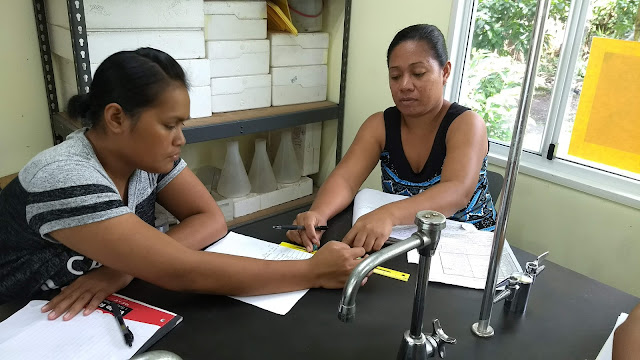 Yulin, Felisa set up their marbles 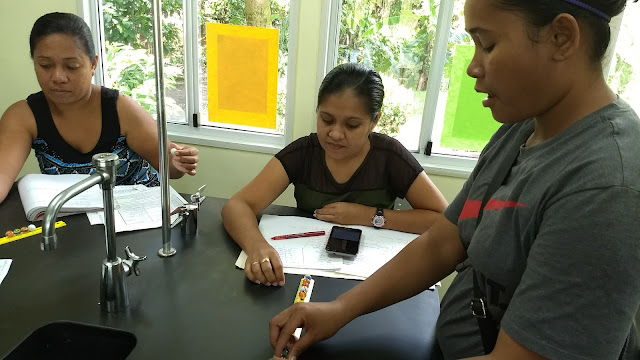 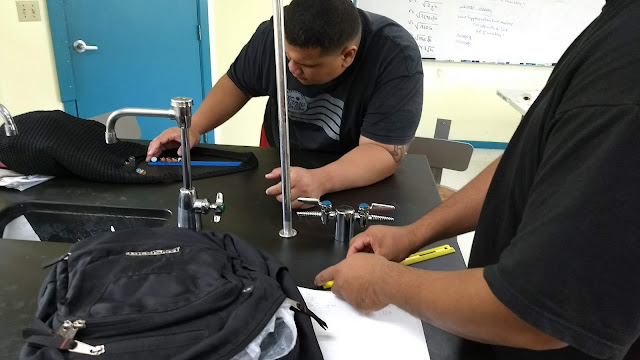 Jerold sets up the stationary five 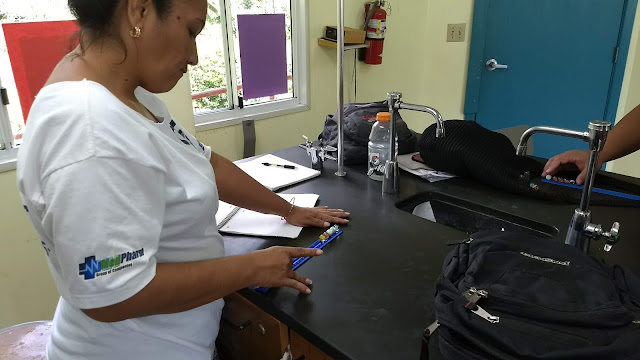 The lab is really a discovery learning oriented laboratory. The behavior of the marbles is expected by some students, and surprising to other students. 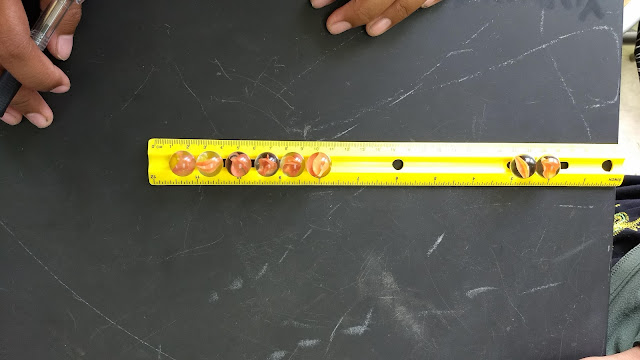