Adoption by faculty of any new technology such as a learning management system is a gradual process that evolves over time. Some faculty will engage actively with the new capabilities, others may use the system only as a grade and attendance book replacement. A few may resist using the platform all together.

As part of the roll out, no training of the students was either planned for nor occurred. Experience with Schoology suggested that the students would, by and large, adapt to using the platform with only minimal guidance. Schoology has a screen layout that is not dissimilar to those found in major social media platforms including the location of messages and notifications. 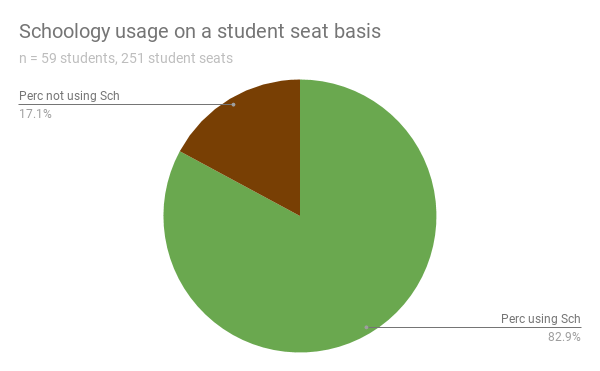 Rogers' theory suggests that the college has gained adoption by all faculty but those which would be expected to be last adopters. Some sources suggest that that while some in this tail may never adopt, some will adopt as social proof of the capabilities of the new technology become more apparent. Achieving this level of penetration for a new technology can be seen as an early success in the adoption of Schoology.

Of the instructors who have adopted Schoology, some are using Schoology as a record book, tracking grades and attendance only. I refer to this level as level on usage. Others are using Schoology to distribute handouts, assignments, give online tests, hold class discussions, and build portfolios. I refer to this level as level two usage of the platform. My hope for this term was to see broad adoption at level one, with some faculty moving to level two by fall 2018. I projected that faculty would be ready to use the platform to track student learning outcomes by spring 2019 - a level I refer to as level three. The students cannot "see" student learning outcomes, so students would be unaware of level three usage by faculty. 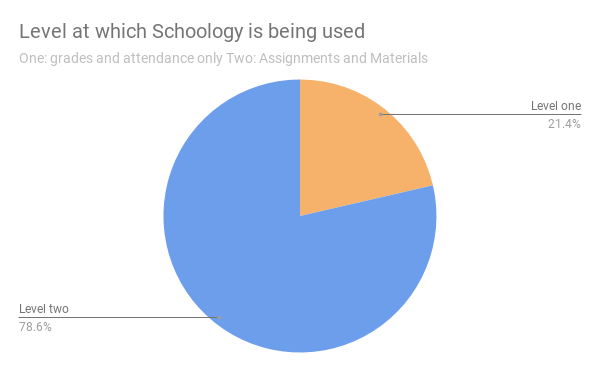 Level at which Schoology is being used

I was surprised when the students indicated that a larger majority of the faculty who are using Schoology are using Schoology at level two by an almost four to one ratio. Although presentations on Schoology's features were done along with ongoing support and training, the adoption rate of level two usage far exceeds that engendered by specific training and support. This suggests faculty moved into these capabilities without significant training or support required. Having used a variety of learning management system platforms including Jupiter Grades, Engrade, Edmodo, and CourseSites, this reaffirms my own sense that Schoology is, relatively speaking, easy to use. New features and additional capabilities are discoverable and fairly straightforward to implement by faculty.

Student were asked why they liked using Schoology. 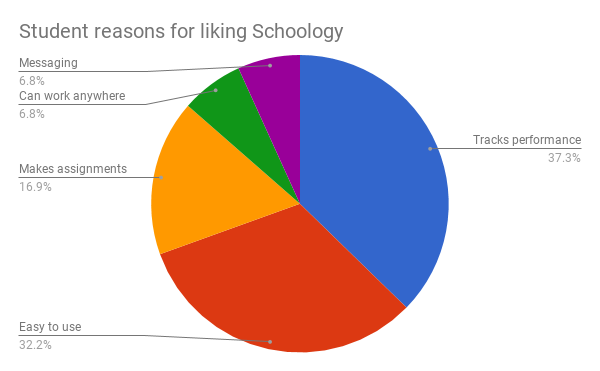 One third of the students also commented that Schoology was both easy to use and fast.

The third ranking comment category was that Schoology makes assignments easier. Easier to complete, easier to submit, enabled working from home, able to check on missed work due to absence, and saved on notebook paper.

Students also appreciated being able to work from anywhere and to message their instructors on the platform. 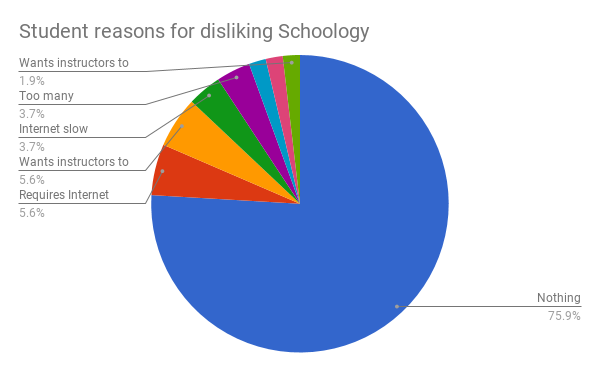 When asked what they did not like about Schoology, over three-quarters responded "nothing" or "none" or "good so far."  Three students noted the need for an Internet connection, three others wanted instructors to start using level two: to give assignments that could be submitted in Schoology.  Two students noted slow Internet as a problem, two others noted that they had too many assignments due at the same time. Of note in this regard is that Schoology does have a Workload planning screen that faculty can access for information on student workload. 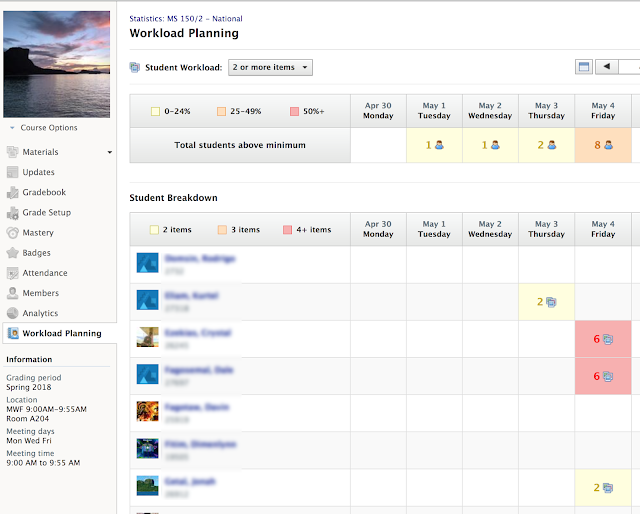 The workload planning screen has drill down capability permitting faculty to see which other courses and faculty are involved in the specific workload. 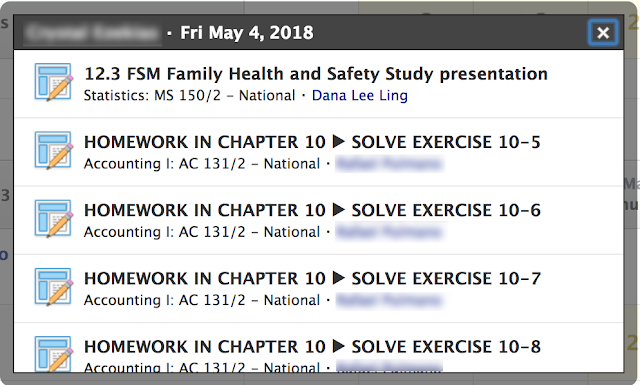 Wrapping up the dislikes were a single dislike of locking assignments, another single dislike of the nature of fill in the blank tests where if an answer did not exactly match the instructors answer, the answer was wrong. Note that here too there are ways inside Schoology to handle this, either using multiple possible answers or using a manual override capability. One faculty member noted to me in this regard that in their class the answer had to match exactly because these were terms in use in the field of study. Spelling and spacing mattered in that particular field. One other student noted that they wanted their instructor to use Schoology to update grades.