April 26, 2018
Laboratory 14 gathers data for a system for which the mathematical model is not known in advance. The students are to use their data to determine what mathematical form best describes the data. Desmos makes this possible.

In the morning I attempted to use the new soccer field. Sunny weather for most of the week meant the field was dry, but overnight dew was on the field and the sun was full blast by nine in the morning. Add in the humidity from the dew, and the heat was torrid, absolutely torrid. I cautioned the students to seek shade if they felt at all dizzy or overheated. No pictures were captured. We grabbed what data we could and then high tailed it back to the classroom on minimal data. 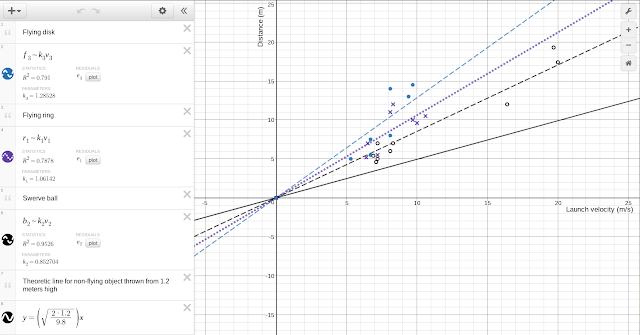 The above graph and associated data can be accessed from Desmos. I abandoned the concept of using the soccer field. I had hoped to use the Aerobee out there, but no one chose to throw the Aerobee anyway.

At 11:00 I opted into a new location, using again the unusually dry conditions to work in an area that is usually muddy: under the Terminalia trees. This worked really well and led to some of the largest number of data points recorded. Instead of working in pairs, we had one recorder handling the new swerve balls, one the rings, and one the disks. The pitcher stayed the same, I ran the gun except for a stint at the radar gun that Claire did. And the tape measure was laid out for distances. 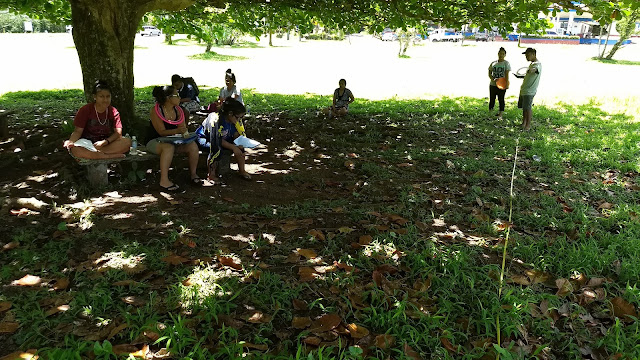 Borrowing the Terminalia catappa to cope with the midday sun

The pre-lab was identical to last fall - the detailing of two marbles falling from the table at different horizontal speeds and then hitting the floor at the same time. Then the full distance versus angle of throw and velocity calculation. 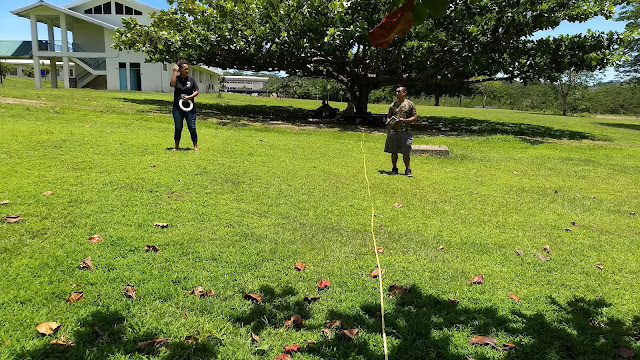 Flora and Venister retrieving and measuring 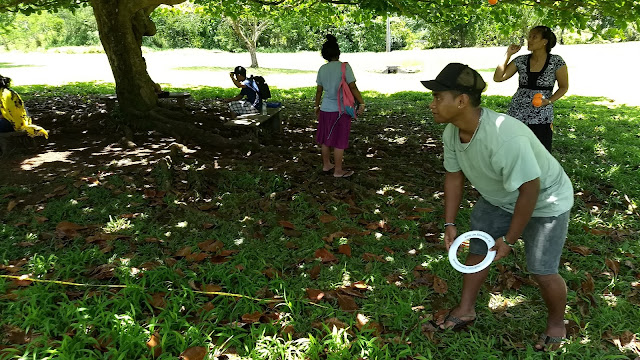 The swerve balls proved fast and hard to avoid as they swerved and curved. I took a number of hits. No permanent damage. 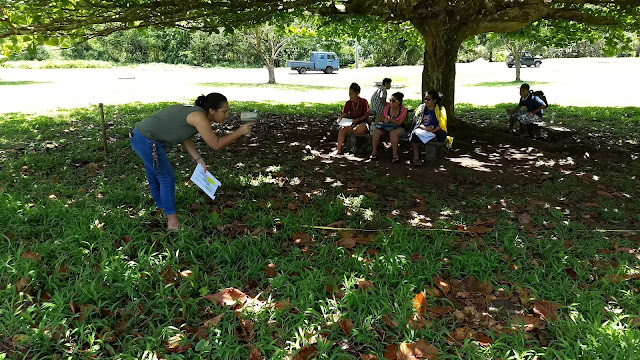 An analysis of the reports would confirm that the students were still having difficulty framing meaningful analyses, discussions, and conclusions. Only five students demonstrated understanding that the core point was to determine what mathematical model might fit the data and whether that implied that some objects flew better than others. 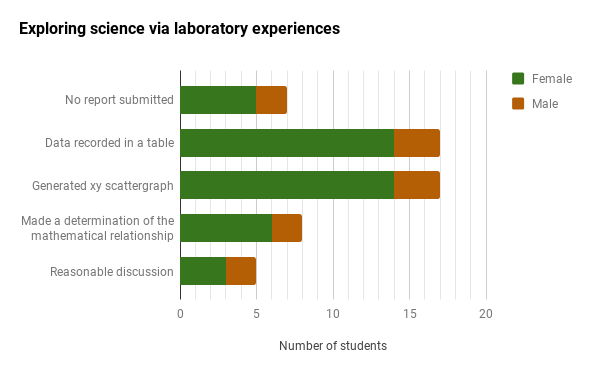 Students can investigate a system, generate tables and graphs, but have more difficulty analyzing a system when not told what specific equation to use.
physci