April 19, 2018
In physical science laboratory thirteen the students use floral litmus solutions to determine whether household substances are acids, bases, or neutral. 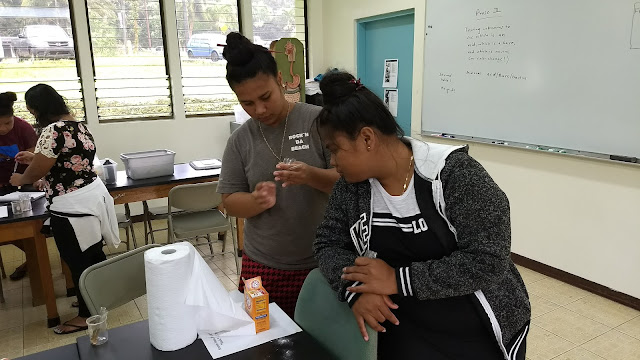 The students bring in flowers. I do not provide guidance as to which flowers to bring in, there is no simple predictor for which flowers will work in any given term or at a particular time of day. Some flowers work better latter in the day (Hibiscus tiliaceus) while others work some terms and other terms do not work (Sphagneticola trilobata). Spathoglottis plicata tends to be reliable if freshly picked. And some flowers do not produce any pigment (Ixora casei, Saraca asoka. If boiled long enough, I. casei produces a light pink solution which can only detect bases.). 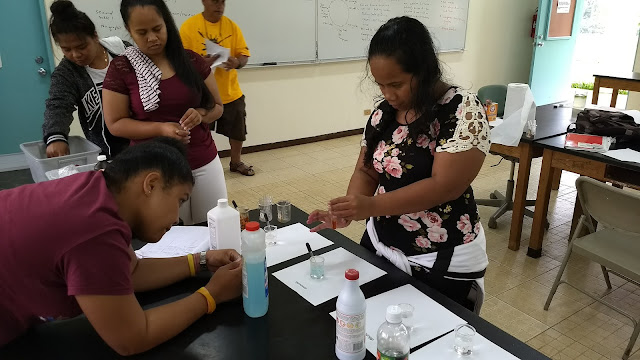 This term my baking soda had lost its basic nature. Apparently humidity must lead to some sort of change over time. I could not get any of the flowers to react to the baking soda. I shifted to using ammonia. Ammonia is a more reliable base, but the ammonia I use is blue, which is suboptimal. A clear ammonia would be preferable. 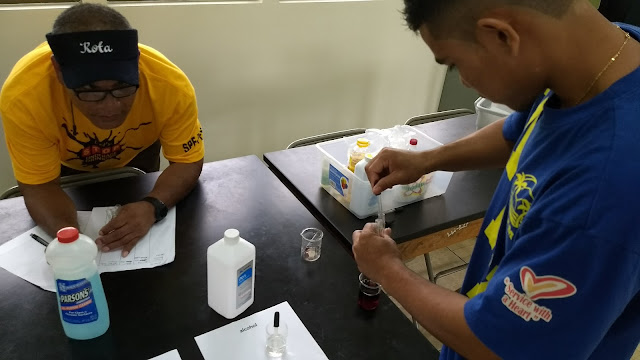 Each floral litmus solution is first tested against a known acid (local lime fruit, karer tik this term) and a known base (baking soda) to determine whether the flower can detect acids and bases. The students are told to cue in on the hue angle and to ignore changes in saturation or luminosity. Changes in saturation or luminosity - terms from laboratory ten - are not reliable, reproducible indicators. 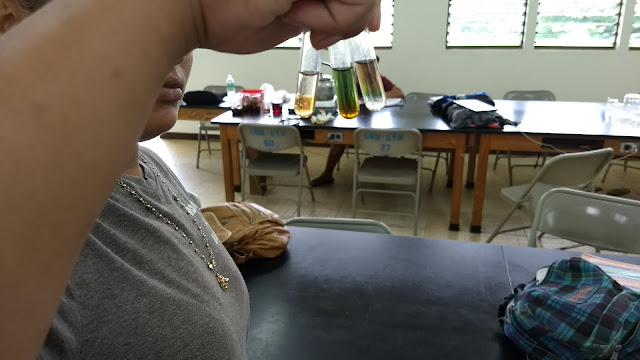 Students sometimes get density separations, and this fascinates them too. 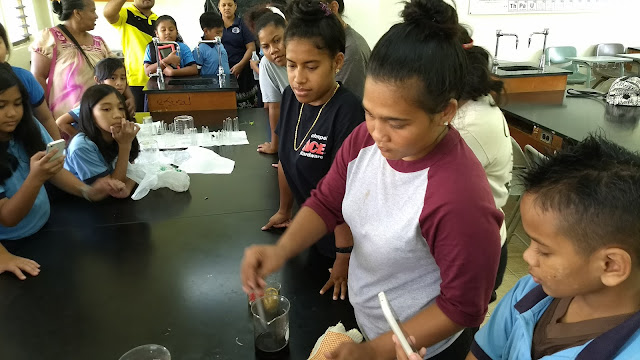 This term the class was visited by successive teams of local elementary school students. Lefreeancy is at the center of attention here. 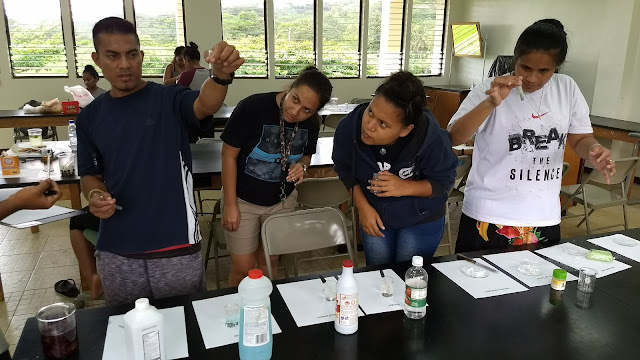 Venister holds a test tube up to catch the light from the windows. Claire and Flora look on while Arleen tests a base. 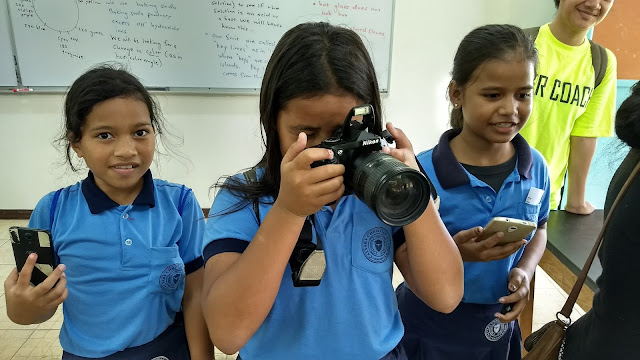 The students were very electronically adept, many having smart phones, and this young photographer had a serious rig with which she shot pictures. 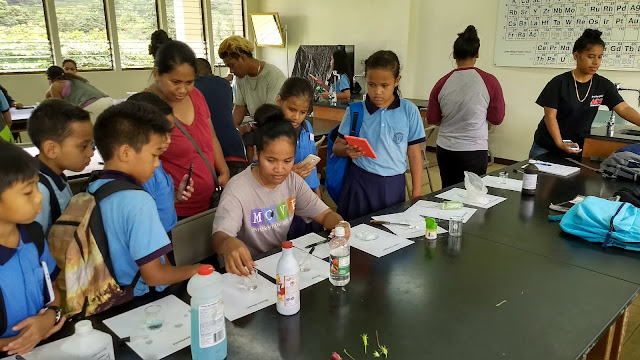 Juntwo has never had so many watch her while she works! 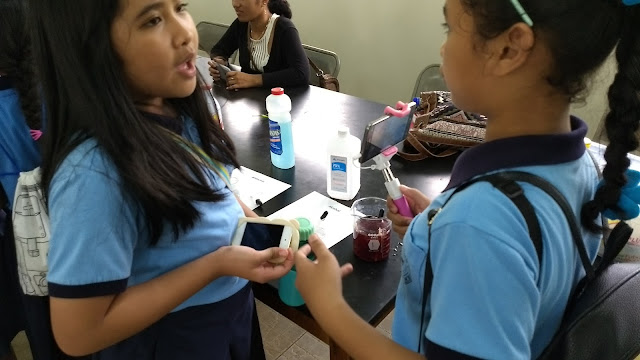 Smartphones, even selfie sticks! Awesome - I showed one teacher Desmos and explained how we use smartphones in our classes. 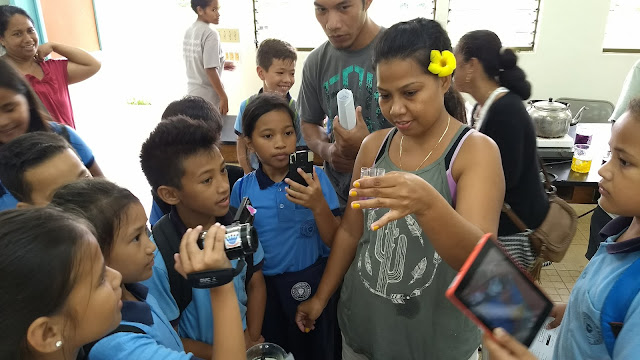 Yummy and a circle of cameras shooting video and still. Fortunately my students get used to be photographed during class over the course of the term. 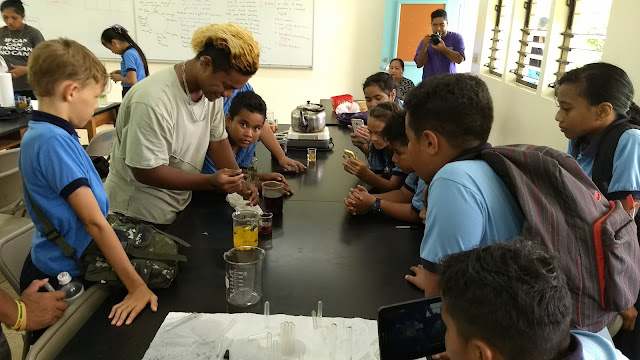 Justin also had a larger audience than one would ever have in class. This gave him the chance to explain what he was doing to the students. 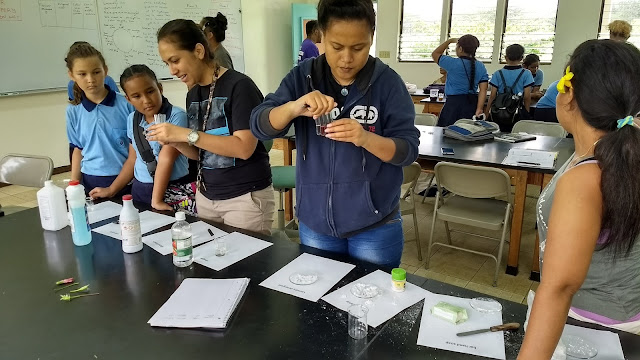 Claire explains how she is testing for acids and bases. 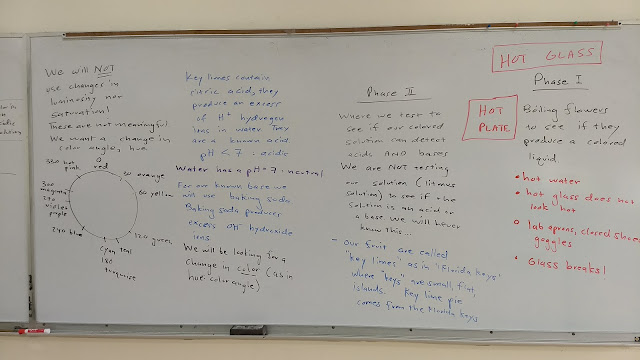 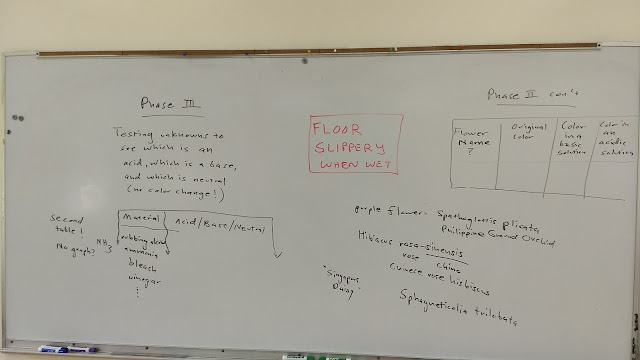 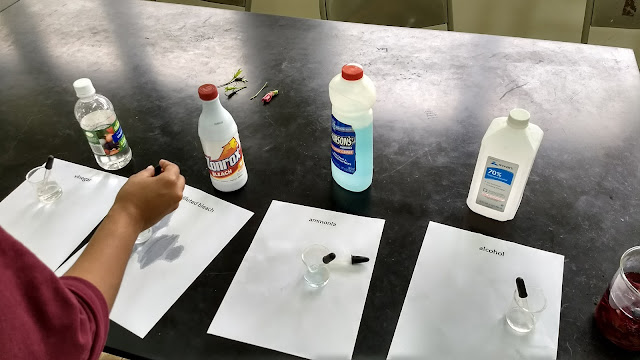 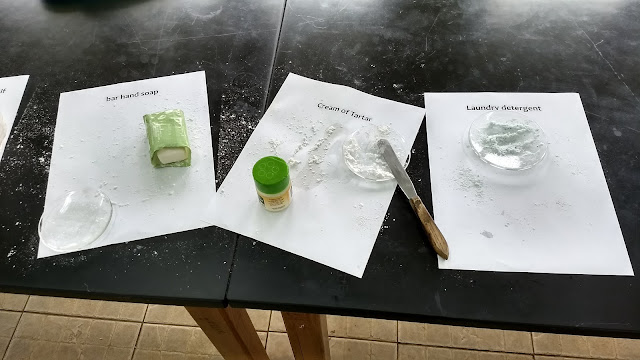 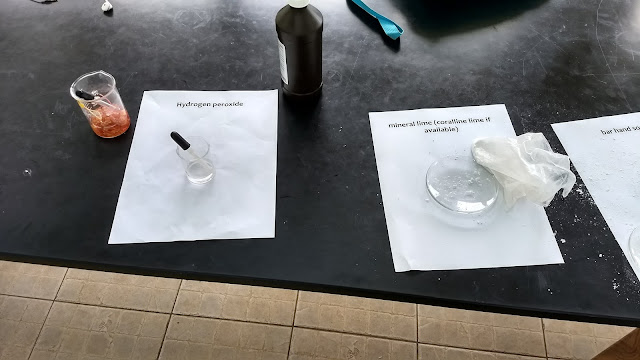