From tulsi to ashoka, Brindha to Sita

April 19, 2018
My introduction to sacred, mythic, religious, legendary, and holy plants comes and goes from the curriculum according the term and the number of class days. This introduction remains a walking lecture under development. I chose this term to focus on Saraca asoca, Ocimum tenuiflorum, and Cocos nucifera.

Originally I planned to start with the Saraca asoca, but then I remembered that the Ocimum tenuiflorum near the south faculty building was gone and I would have to use the plant at the intersection. 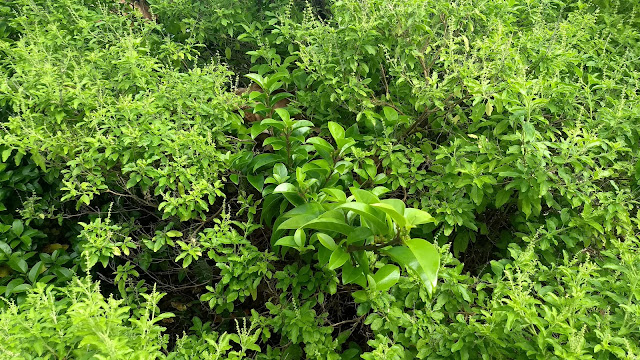 At the last minute I literally cut and pasted my notes on story of tulsi vivah, Brindha and Jalandhar, ahead of the story of Sita, Ravana, and Lord Rama. What I had not fully comprehended is that this is the order in which the stories fit together. The story of Brindha has to precede that of Sita and Lord Rama. The story is perhaps adult themed, what with Lord Vishnu violating Brindha. 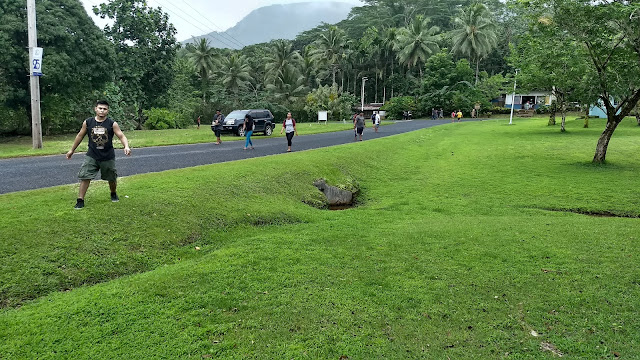 Rodman wanted to ensure he was in the shot.

I first took the class down across the road to wrap up the Shinrin yoku with a brief moment amid the trees there. Then I read the story of Brindha. Afterwards, the class, chased by light rain coming off the ridge line, crossed campus to the ashoka tree. 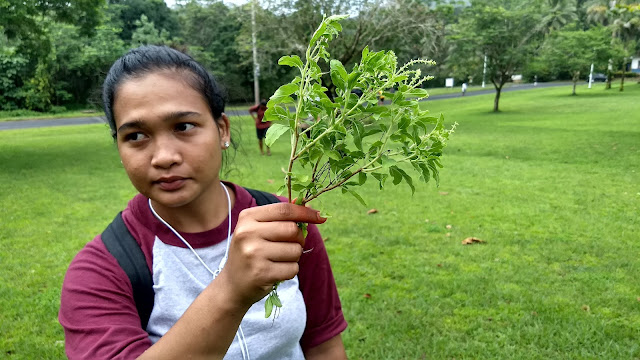 
There I told the story of Sita and her abduction by Ravana, and, the story the Sashoka of Bhil. 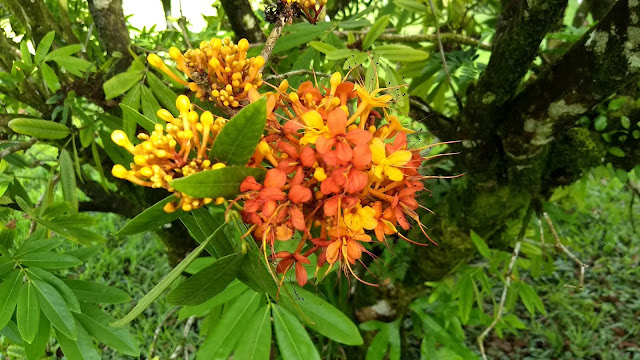 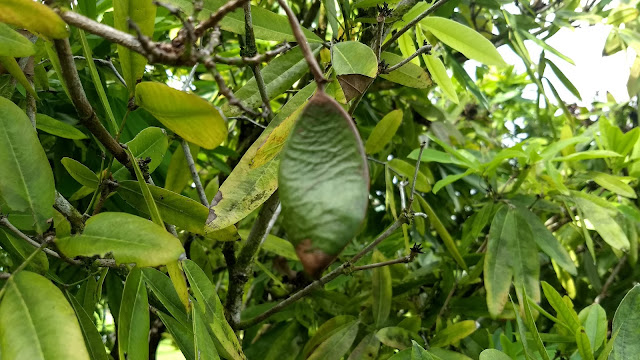