A wandering among invasive species

April 12, 2018
I usually head north to the invasive collection at the intersection. Under dripping skies, I wanted to find a new direction to take this walk. Earlier in the term a leaf shape walk had followed the basic arc of the invasives walk, we would see only the same plants and places. So I took the class to the southwest. 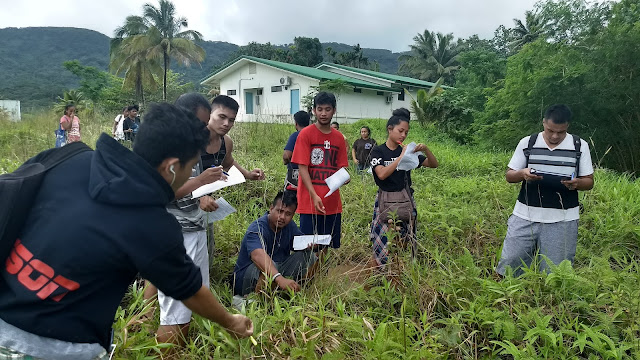 Rayden on the left, Rodman leaning in from the left, Jayme, Rosalyn, and Tedrick Yoma.

I had gotten in my mind the idea of starting with Stachytarpheta jamaicensis, but my brain misfired and thought the plant's name was jacaranda, which is a tropical tree of no relation to S. jamaicensis. And S. jamaicensis was listed on the invasive species on Pohnpei handout. I also realized that a plant that I had known as Hyptis rhomboidea which is found in this area of campus was not on the handout. Subsequent to the walk I learned that H. rhomboidea is now considered a synonym of Hyptis capitata Jacq. H. capitata can be seen in front of Rosalyn in the image above. 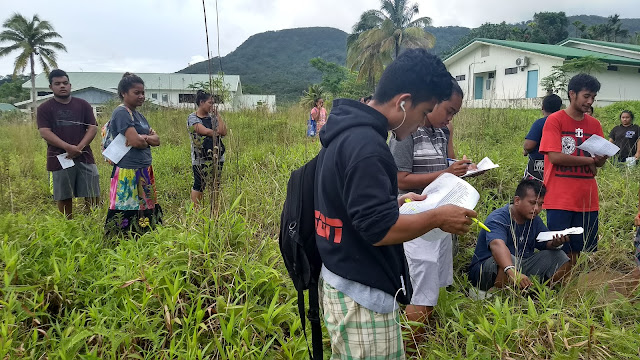 I also covered the puzzle that the plant list in Luelen Bernart's eponymous book presented. The flora the students use now includes names where Luelen differs. This is complicated because the local names are being translated to Latin binomial equivalents by Glassman's 1952 Flora of Ponape. I checked on where Glassman picked up his identifications, but Glassman says nothing directly, implying that his two local guides provided information on the local identifications. One can hope that in 1949, when Glassman was on Ponape, the local guides were well versed in local plant names and that Glassman got all this correct. 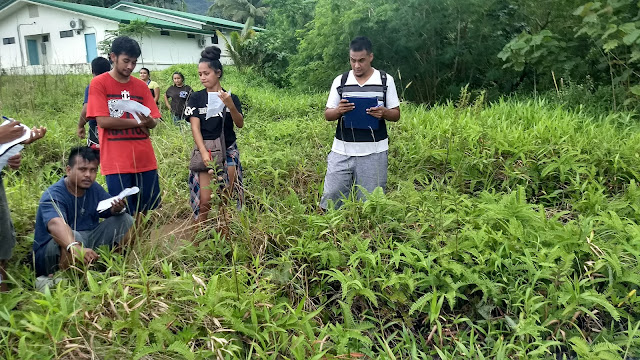 That said, the identification of Selaginella as kidien mal and Lycopodiella cernua (then Lycopodium cernuum) as "limpar" makes no sense. Selaginella will not grow out on the mal, but L. cernua does and is only found on the mal - open grassy areas. I have limpar has Huperzia phlegmaria, and perhaps Selaginella could also be limpar, but kidien mal is an unlikely name for a shade loving plant. 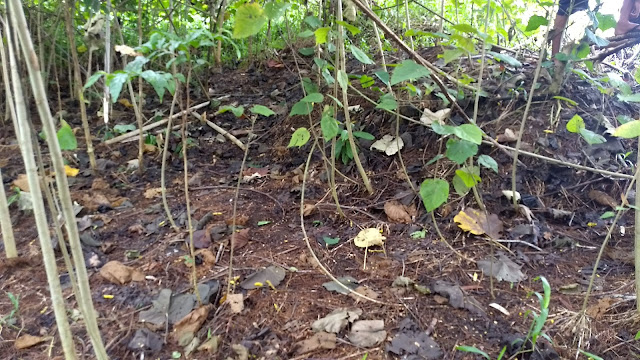 A cleared area, signs of use by Homo sapiens 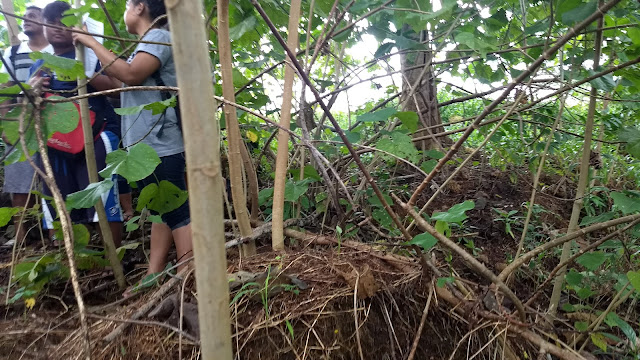 A short way further on Acacia auriculiformis was found. 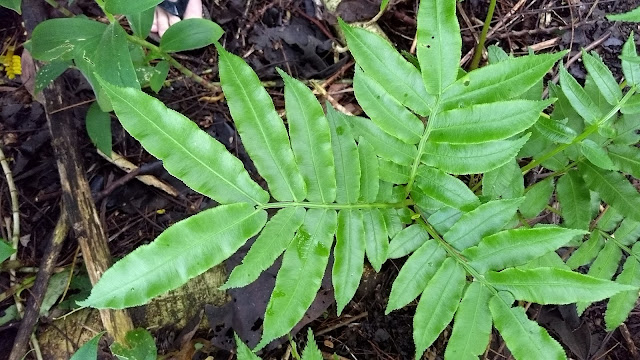 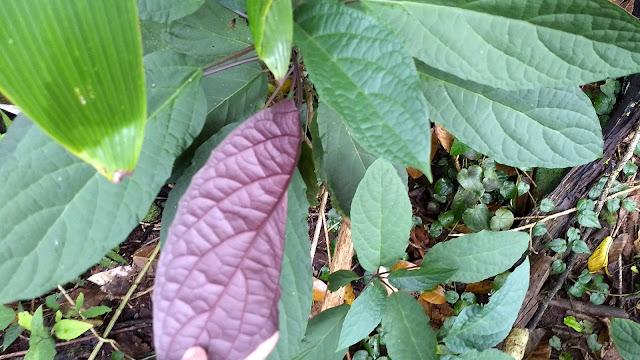 In general this route yielded far fewer invasives than the traditional arc. Still, the change of pace was useful: new Piper methysticum plantings are in place down here, which could be very useful to the final examination.
ethnobotany