Uht idihd doughnuts and other local plant foods of Micronesia 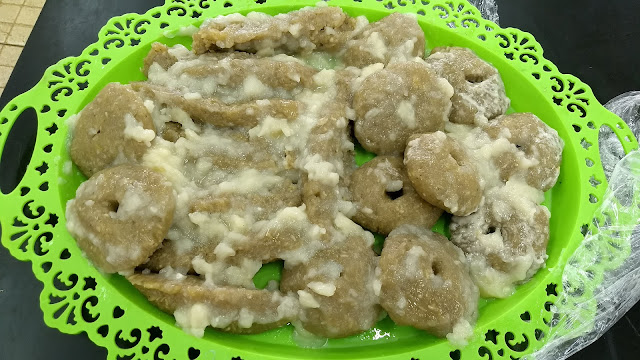 Cooking banana is ground, put in a banana leaf, and boiled/steamed until done as per Pohnpeian uht idihd. Then one pounds the hot uht idihd until the starches generate a mass that will hold a shape. In this case, the shape of a doughnut. The "frosting" is a coconut milk based recipe. Myra Joakim and Lavonna Zarred brought in this unusual dish. Myra noted that her mother taught her the recipe, as far as she knows her mother developed this dish. 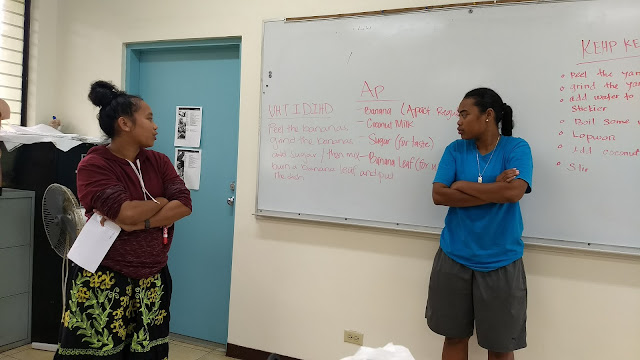 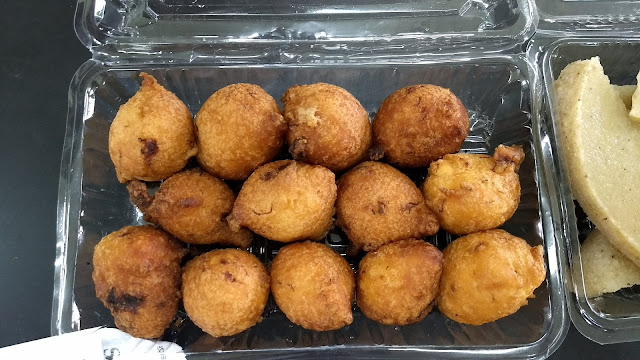 Pohnpeian daidus - a mixture of flour and banana usually with baking powder and then deep fried. 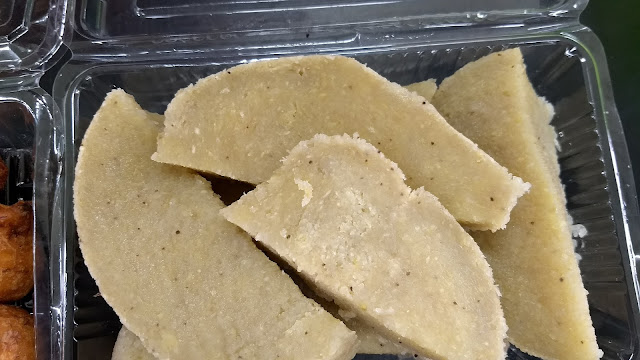 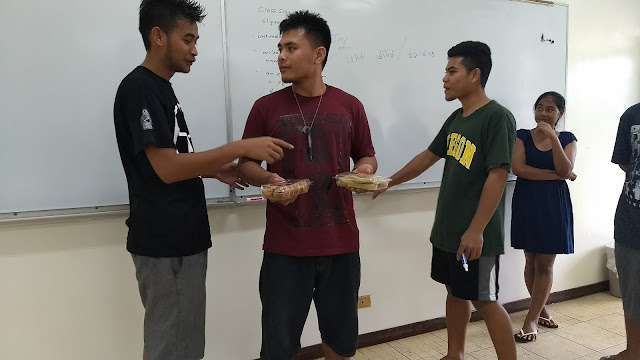 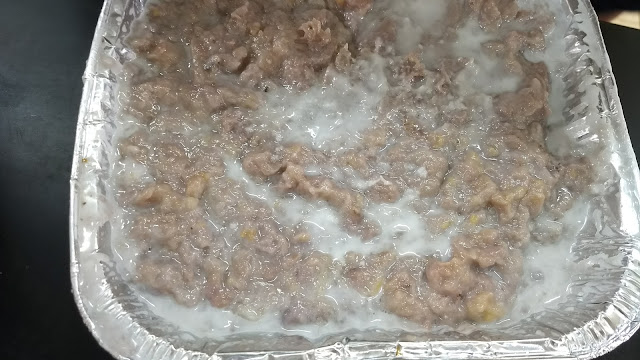 In this dish the banana is not ground first but rather is cooked first. The banana used was uten ruhk, which left the Pohnpeians puzzled b the reddish tint. A taste of the dish suggested added sugar might be responsible for the color change - along with, possibly - slight overcooking of the banana, intentionally done to start caramelizing the sugar. Many local dishes have added sugar, effectively wiping out the health benefit of "going local". 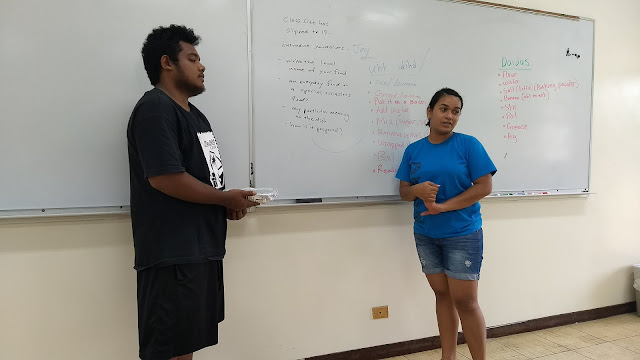 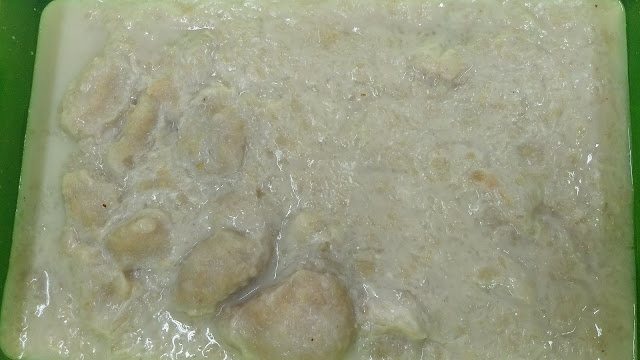 Yams are ground and water is added. The mixture is then boiled. While hot one forms the yam into balls (lopwon is the Pohnpeian word for the process). Coconut milk is added at this stage and the result is briefly cooked and then removed from the heat. 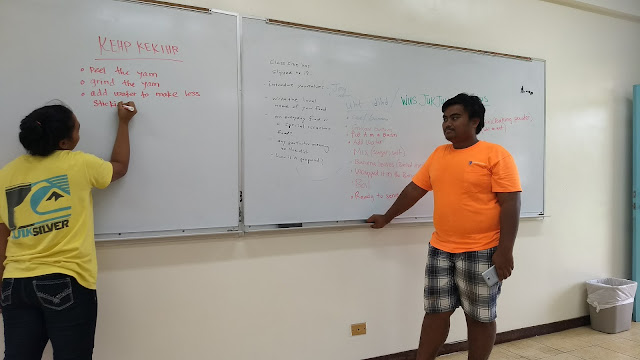 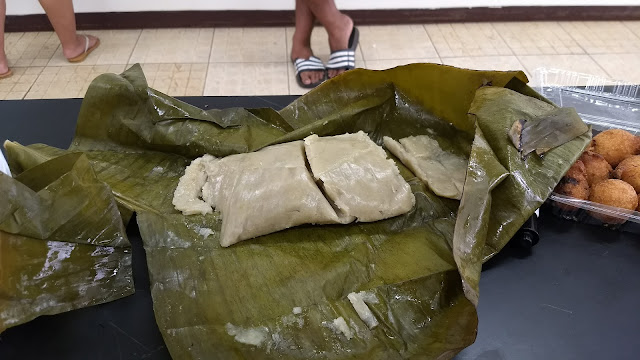 Kosraean ap, similar to Pohnpeian uht idihd, but with a finer grind resulting in less texture and a smoother product. 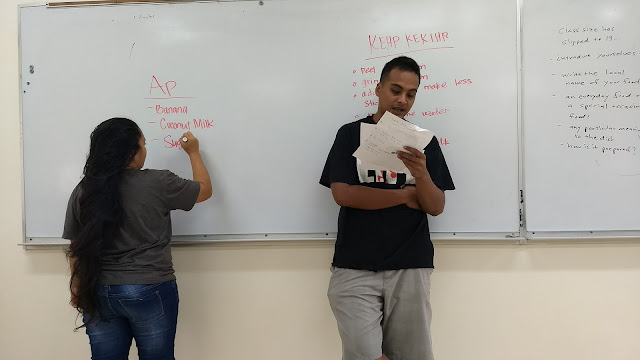 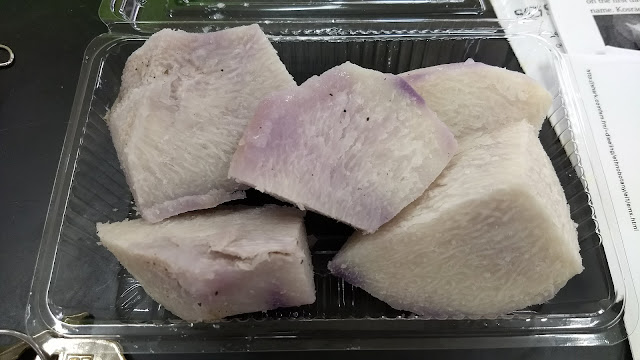 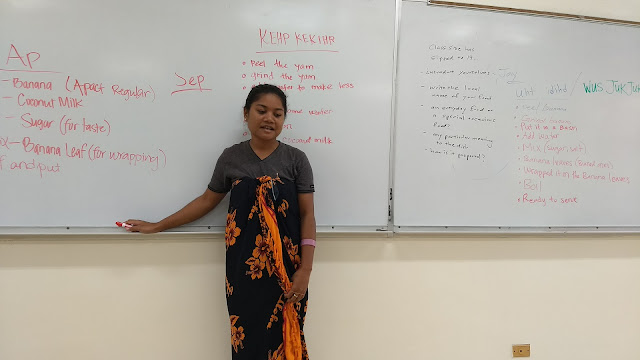 Melissa presenting sep to the class 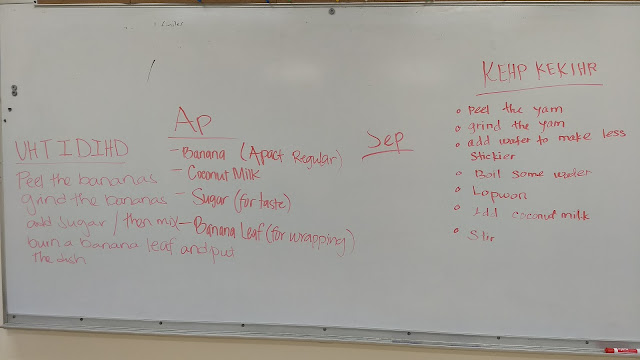 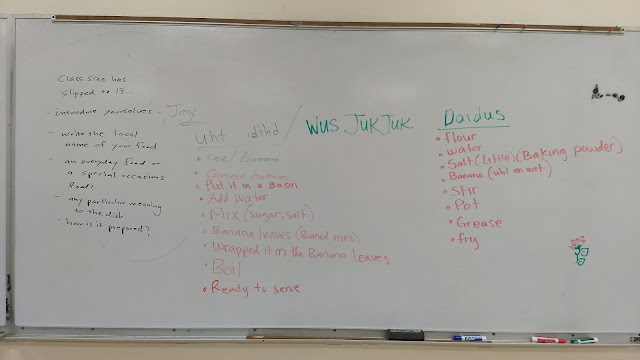