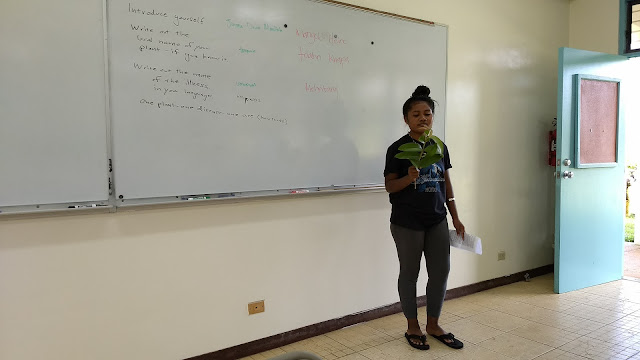 Marigold presented on the use of toahn kuapa for mehntang. The young leaves of the guava tree are are a particularly effective antidiarrheal. 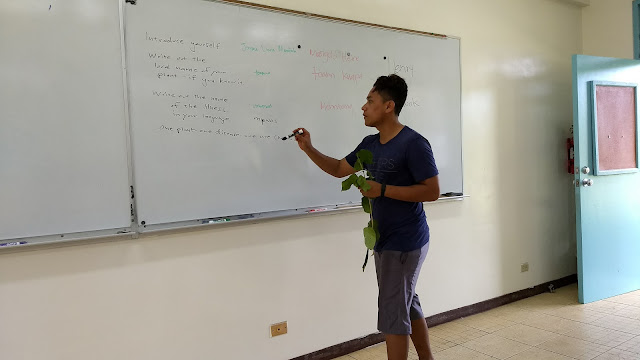 Henry noted the use of topwuk to treat a specific culture bound syndrome, soumwahen eni. Crushed leaves are infused with coconut oil and applied to the patient. 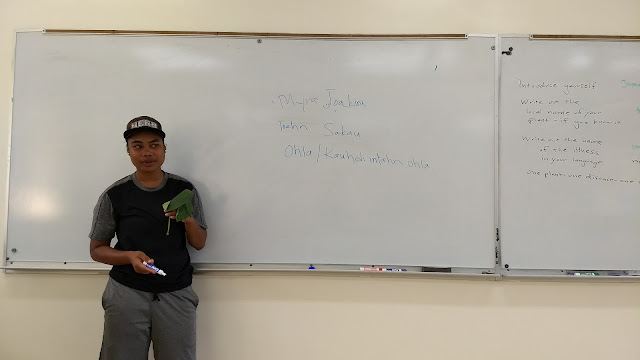 Myra covered the use of toahn sakau to staunch bleeding from a cut. The leaves act to stop the flow of blood from the wound. 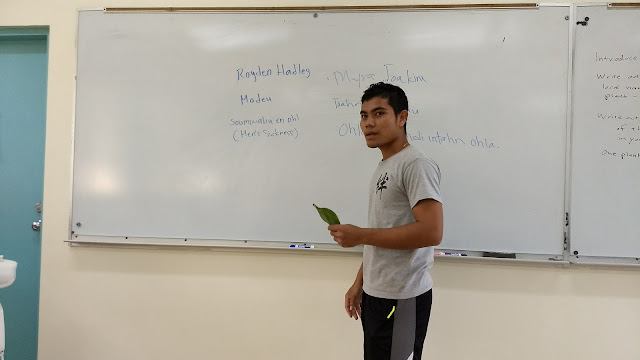 Rayden spoke about the use of tea made from madeu for treatment of pain associated with soumwahen ohl - men's sickness. These sorts of illnesses may be associated with being hit or struck in the groin area. 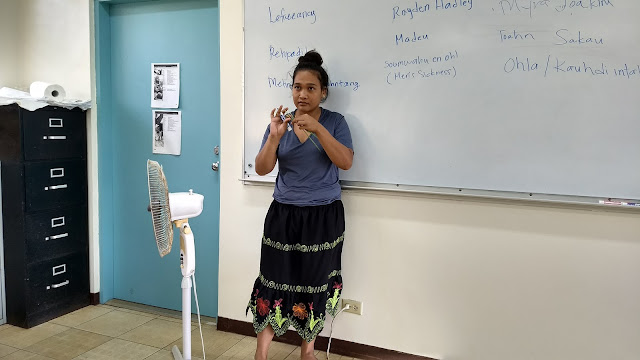 Lefreeancy noted the efficacy of the white inner stem of Ischaemum polystachion in treating diarrhea. This inner stem is also often used to treat stomach ache. 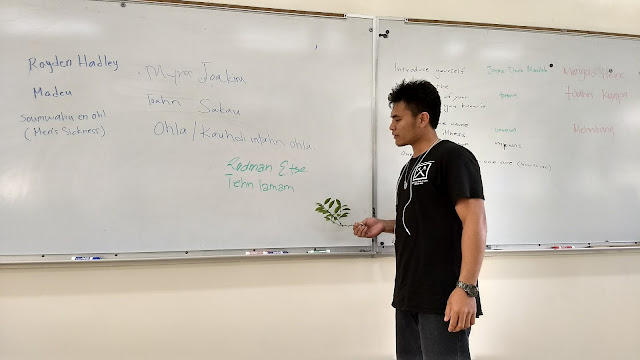 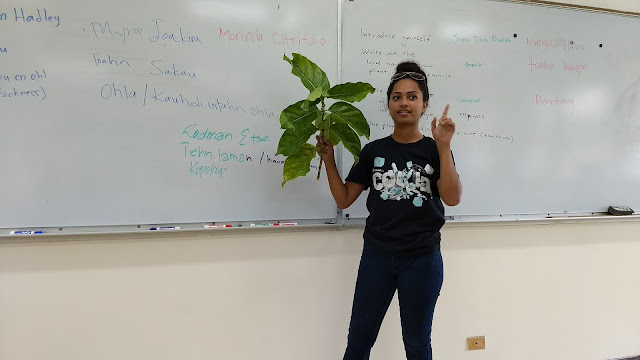 Rosalyn related personal experience with using the heated leaves of Morinda citrifolia, ii, to reduce itching due to hive. Leaves were traditionally heated using a hot rock from an uhm (Kosraean um), today an electric stove top can be used. 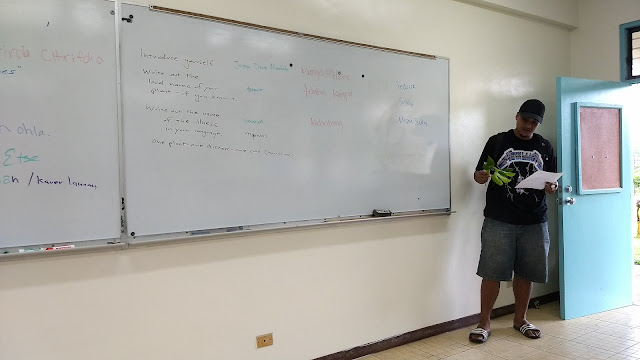 Yoma reported on the use of sosap (soursop) tea to treat diabetes. 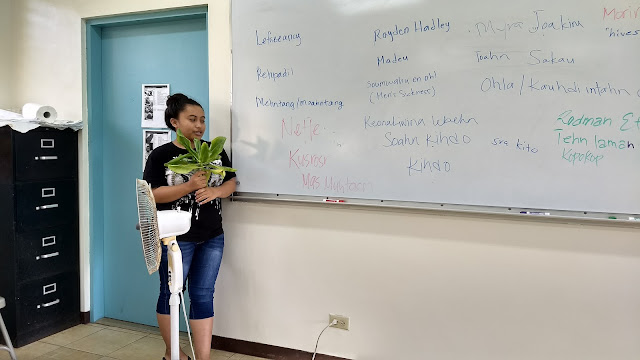 Nette described the use of Scaevola taccada in the ritual cleansing of women during their monthly flow, mas muhtacn. The leaves are boiled in water and then the woman bathes with the water. 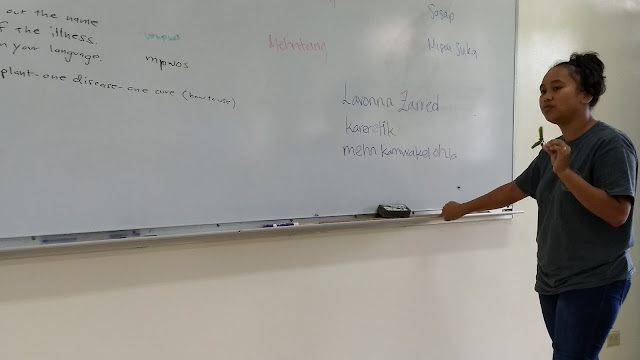 Lavonna brought in kareretik, a variety of key lime, and noted the use of the leaves to clean puncture type wounds. 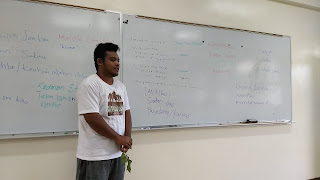 Ian spoke on the use of Volkameria inermis, ilau, and its use in steam baths to treat fevers due to flus and colds. 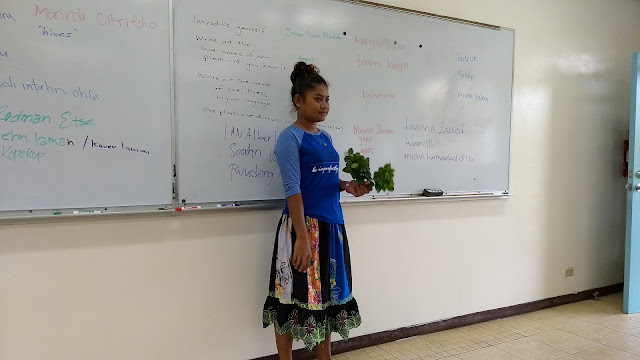 Melissa brought in yaar which is used in Woleai to treat waas - injuries that tend to be associated with bruising. The application is as a topical. Yaar is a variety of Premna serratifolia. 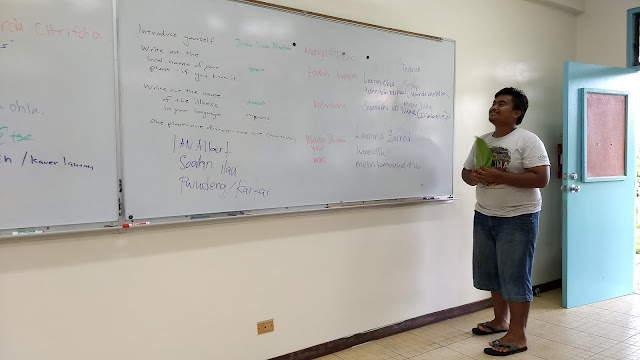 Leeron said that a tea made from Morinda citrifolia leaves can treat diabetes.
ethnobotany