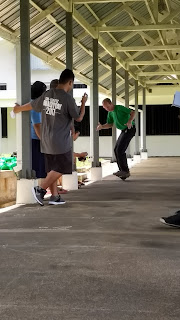 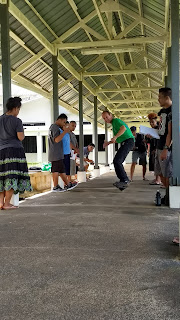 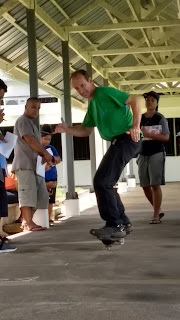 Multiple runs were made and timers retained what they thought might be their best data. 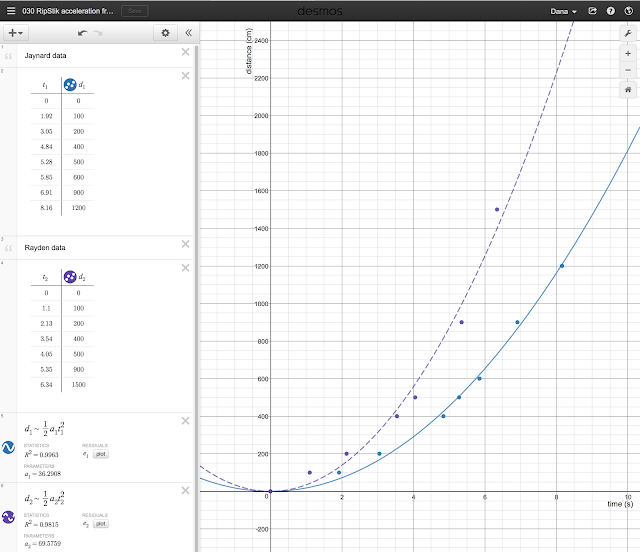 The run on Wednesday did not go as well. I attempted to time every 100 cm beyond 300 on a run into an up slope and then back down the slope. The goal was an inverted parabola. 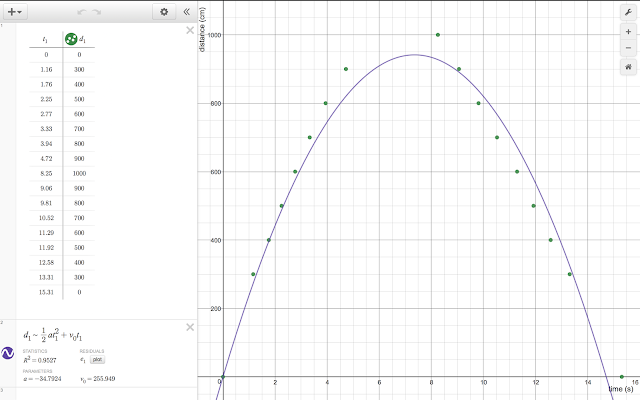 This did not produce the parabolic data pattern I hoped for. The uphill and downhill data sets are effectively linear. I have to suspect I fell into a timing pattern - clicking the stopwatch at regular intervals. I thought I was timing the chalk marks, but there is little evidence of a parabolic pattern. The data forms an invert V, not a parabola.

I went back out on Friday on a solo shot and tried a return an "every 300 cm" timing sequency, but that too came out as an inverted V. 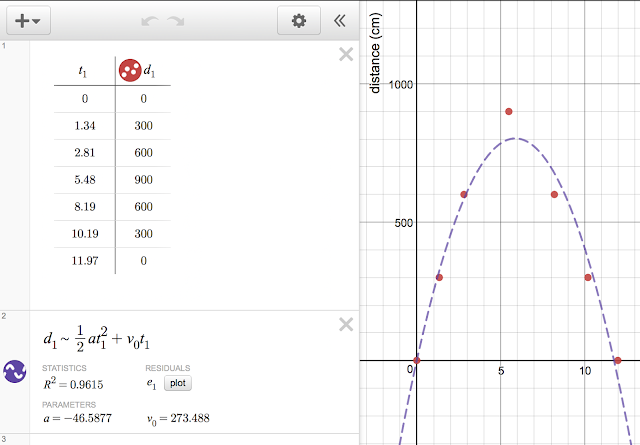 I remain puzzled at the persistent V pattern, the relative linearity of the shape. I want to hope that an increased number of data points near the vertex would help, but at this point I am wondering if even that would help.

Thursday laboratory three sought to measure the acceleration of gravity. This laboratory has been simplified by Desmos' capability to regress to a quadratic with a single quadratic term. 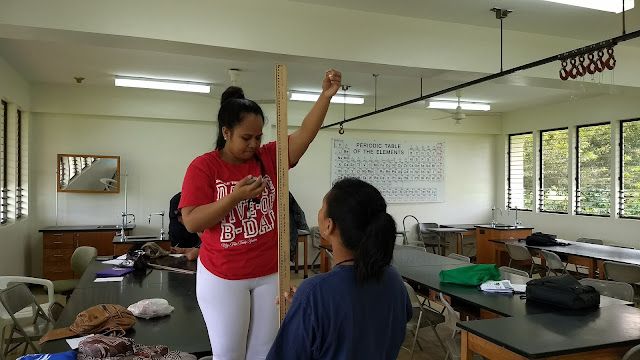 Suzanne dropping and timing from 200 cm 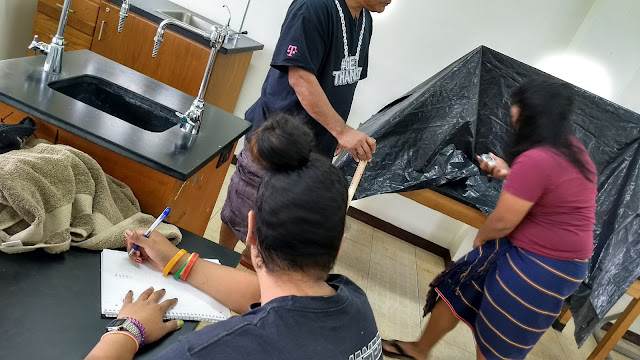 Teams of three work best: a ball dropper/timer, a meter stick holder, and a recorder

This term I omitted drops from 300 cm. Dropping from the ceiling had always been problematic. Times often saw large errors from 300 cm. And an incident in Kosrae in December where a student was hit in the head by a ceiling blade reminded me that even with the fans off, there was some risk being up above the ceiling fans. 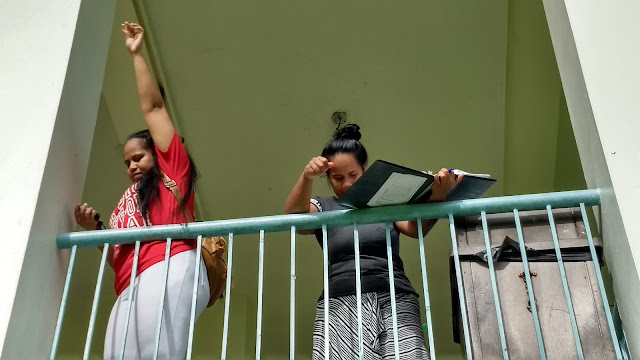 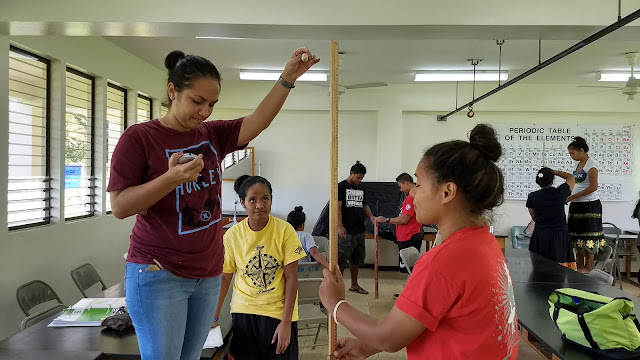 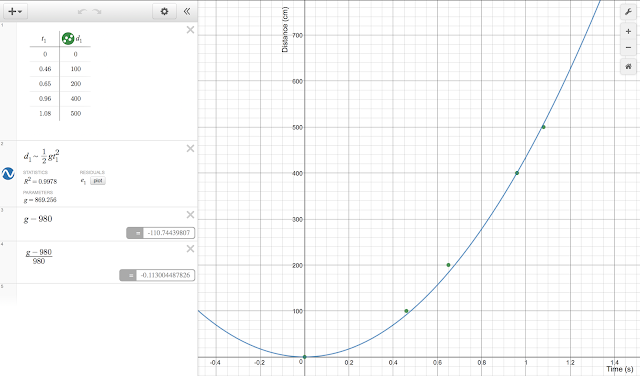 Data came in that was reasonably accurate. Note the regression to d=0.5gt² that Desmos makes possible. The complex and confusing transformation of the data from quadratic to linear and then analyzing the linear data is no longer necessary. 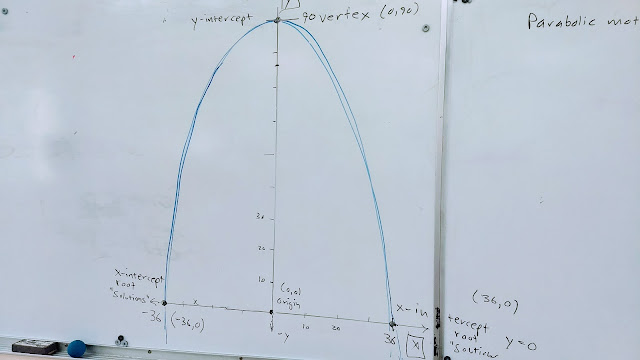 On Friday I decided that the Wednesday failure to produce a parabola ought to be addressed. No data this week really screamed "parabola" and I wanted the class to see the parabola under the data. First I did some juggling. Then I put the above on the board using a juggling ball and asked the class to work in groups of three to four to see if they could come up with the equation. Bear in mind that a week had been spent with quadratics and that all but one students had completed MS 100 College Algebra or higher. 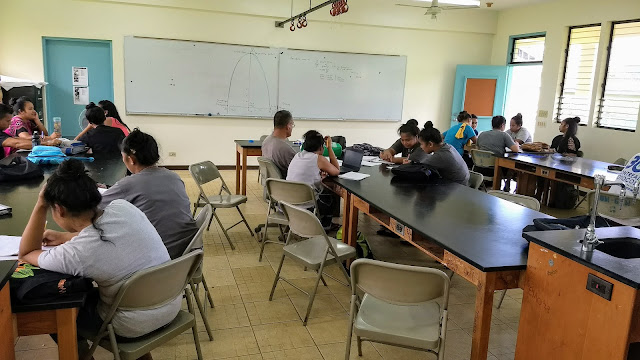 I walked among the groups, asking questions in as Socratic a manner as I could. My rough plan had been to let the groups work for twenty minutes and then have them present what they had worked out. After 55 minutes the students were all still fully engaged in the problem. Of particular surprise to me was that no group had simply "tossed in the towel" and given up on the problem being too difficult. I also some a number of productive approaches. Some tackling the problem from the vertex formula for a parabola, others trying data modelling, still others hacking away at the standard form. 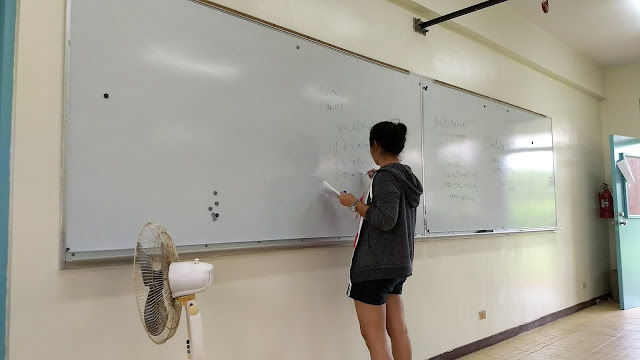 Monday the students worked for another twenty minutes on their ideas. I then explained that they did not have to have an answer, but to simply put up what they were working on. 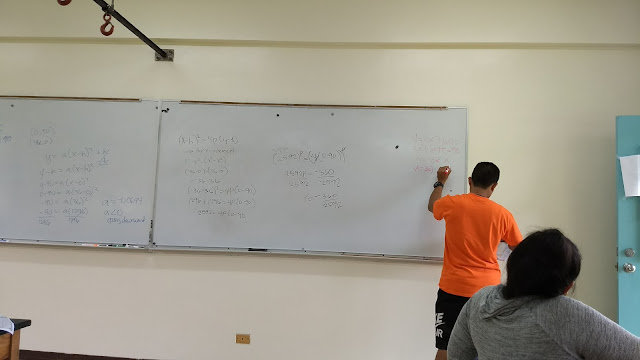 Each group shared their work. 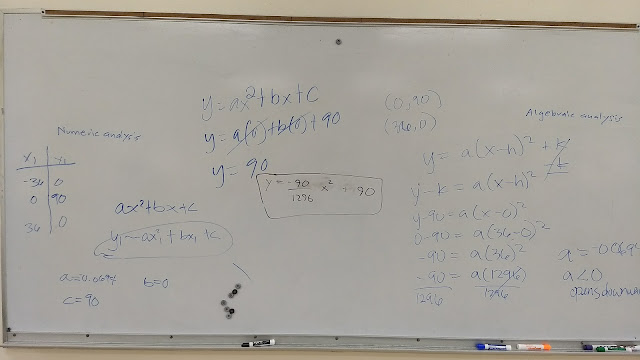 One student ran a numerical analysis using Desmos to regress against a standard form quadratic. Another group attempted to analyze the standard form equation at (0, 90). 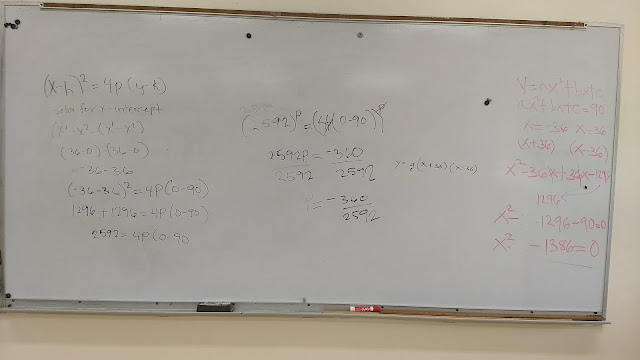 Two groups started with variations on the vertex form of a quadratic equation, a rather productive place to start. Another group started from the known roots to try to work from the roots to the standard form equation.

At the end of class there were answers to what the y-intercept was, and the value of "a" was the same for two groups. Noting from the roots work that "b" must zero, I went ahead and put an equation using the "a" and "c" values on the board and asked the students to see if that equation would go through the points in Desmos.

This was the first term the class has engaged in this activity. I can foresee there being terms where this exercise might not go as well. This term the students constructed their way to an equation from a graph. Two days of engaging in the mathematics and exploring in algebra.