November 03, 2017
Another two students withdrew from the class at the end of tenth week, the last day for withdrawal from a class. When asked why they were withdrawing, neither student would provide a definitive answer. Both had many absences and low rates of homework submission, both were failing the course at that point in the course. The class had begun with 26 students. Seven were withdrawn for excessive consecutive absences by the instructor - in those seven instances the students simply stopped coming to class and were no longer available for interview. With the two who chose to withdraw, the class is at 17. Of the 17 one student has gone absent for the past week and half, another has been absent for a week, and one has been out for week assisting her mother in hospital. 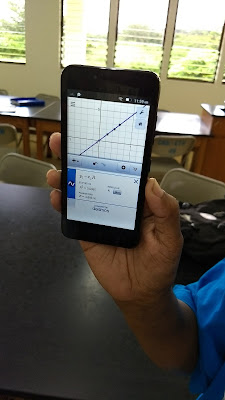 In class tests have had to be modified to be slightly shorter to allow for problems the students are having with their smartphones. All of the students are on older operating systems, primarily Android 4.4 KitKat. Their phones have limited RAM and are, for the most part, budget phones with low end CPUs. The result is that their phones are slow to respond, slow to boot apps, slow to change apps. The screens are small, on the order of four inches, making for a cramped workspace at best.

All of this directly impacts the speed with which they can work problems in class. This suggests that attempting a course that depends heavily on tech still has to be run in a regular computer laboratory. The students do not, as a general rule, have the necessary "horsepower" in their own technology.

In the twelfth week, after the last day to withdraw, I stumbled into one of the remaining 17 students who has been absent since the midterm. The student noted that they had a morning class and got bored hanging around the campus until the 2:10 class time. The student noted that they had already registered for the class again next term, the long gap between classes was just not convenient for them. The student assured me that I was good at explaining the material and their absences had nothing to do with me as an instructor. That brings the class effectively down to 16 students, although being past the last day to withdraw from a course this student will remain in the gradebook through to the end of the term. 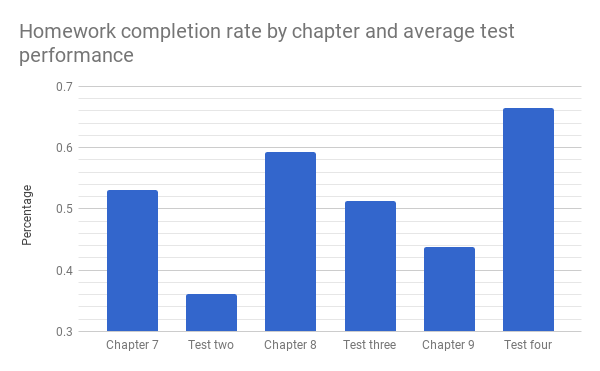 While the uptick in performance on test four may look promising, the reality is that the students learned to use Desmos to simplify the process of finding the solutions to trigonometric equations. The students were taught to use graphical methods rather than traditional algebraic approaches.

Attendance is also problematic. The remaining students have a median of five absences with an average of 5.8 absences. The 14 absence outlier is the student who stopped attending after midterm and who now plans to take the class next term. Note that three-quarters of the students have four or more absences.

Overall there is weak performance on tests, low rates of homework being turned in, absenteeism, and technical challenges resulting from the limited capabilities of their personal technology.
mathematics