November 16, 2017
Laboratory 14 gathers data for a system for which the mathematical model is not known in advance. The students are to use their data to determine what mathematical form best describes the data. Desmos makes this possible. 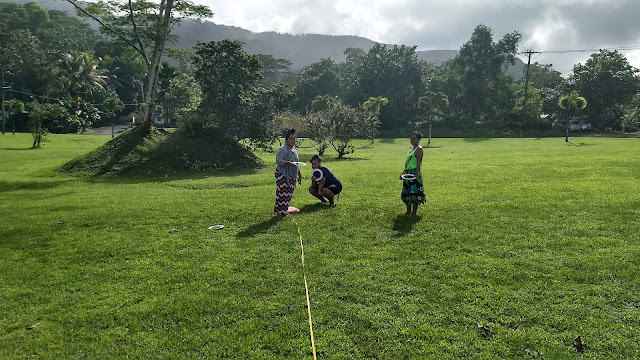 This term I borrowed the distance measuring technique from a statistics class exercise using paper aircraft. This worked surprisingly well. Early results from data suggest cleaner models from the static tape line. From a process standpoint the tape also worked better. In the past the recorder had to walk off the distance with a GPS. Using the static tape the recorder could remain downrange, recording data and returning the ring or disk. This was quicker, more efficient, and reduced the amount of back and forth walking a recorder had to do. Twenty throws could generate 800+ meters of back and forth walking for the GPS holder. 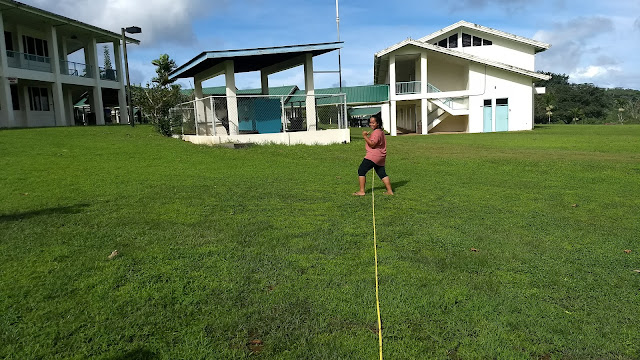 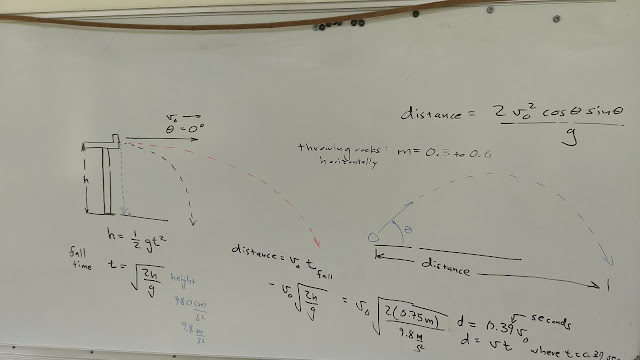 I also demonstrated the Bernoulli theorem, or effect, noting that the effect was only a theorem. 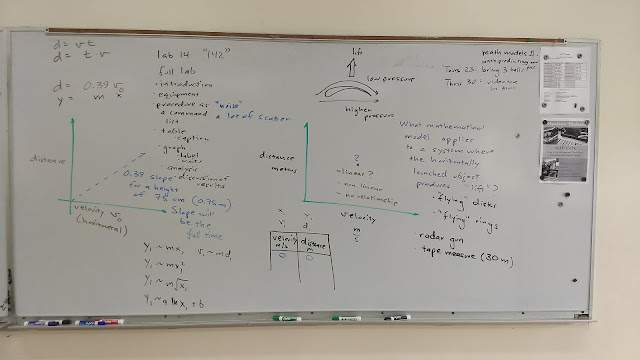 The terminal end of the tape was by the generator. This line was a fairly dry line on a rain-sun-rain day. The afternoon class had to wait out a passing rain shower for 20 minutes. 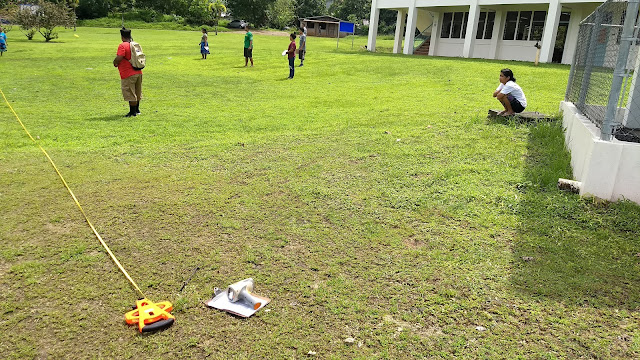 Twenty-five meters proved sufficient for most throws. I stood out at about 10 meters, backing up to 15 meters for fast throws, moving up to six meters or so for slow throws. 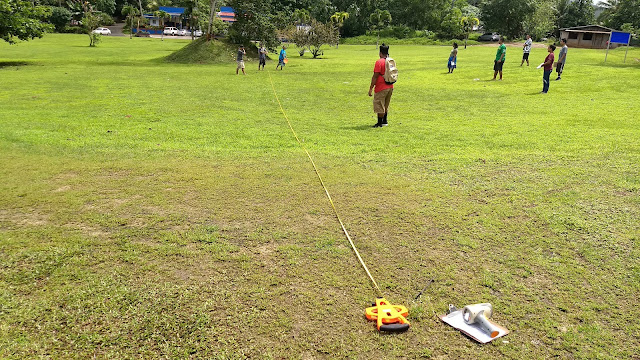 The orange line is flying disk data, the purple line is flying ring data. The slopes are not statisticaly significantly separated. In other terms the rings have outperformed the disks, but not in these two data sets. 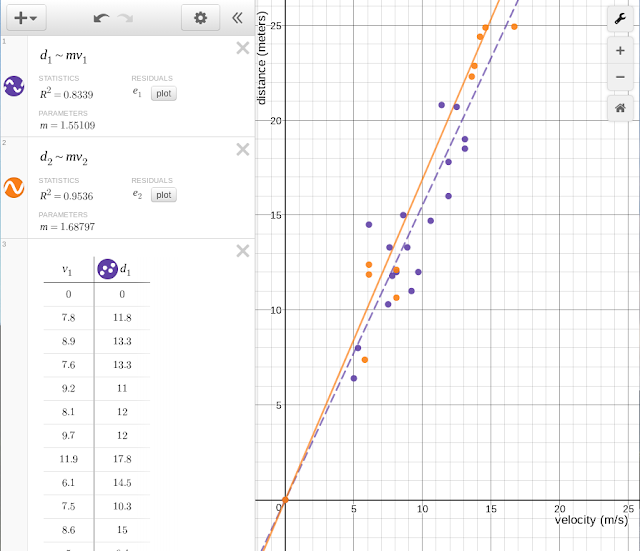 In a bit a data surprise, the slope of the flying disk outperformed the flying ring, but the separation was not significant. This approach of using the tape worked rather well. Upon reflection I think too that the slower introduction via trying to demonstrate that two objects fall for the same length of time regardless of horizontal velocity off of the table helped, along with the introduction to what happens when the launch angle is not zero. This lab deserves repeating but with a broader variety of flying objects. Based on a reading of the reports the key will be to have the students explore different flying disk like objects, share data. Collect disk flyers during the months ahead... 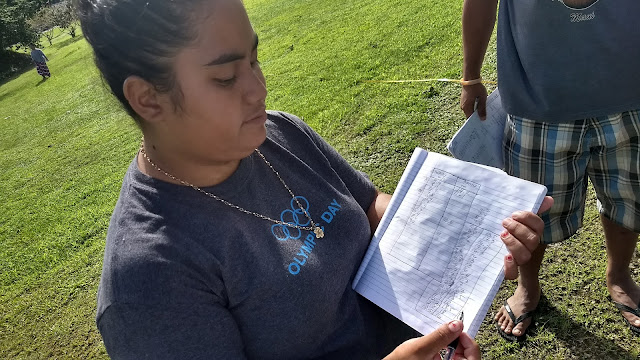 Redsea with her data 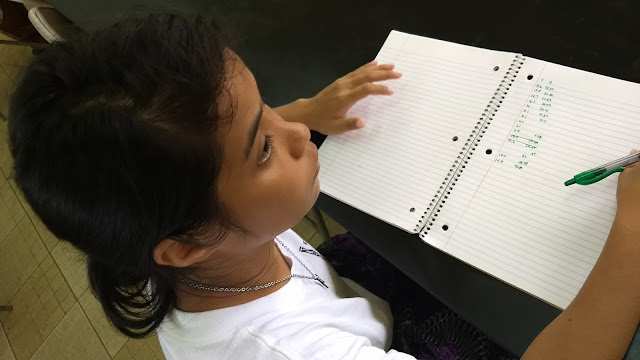 Justice with her data