November 10, 2017
With partly cloudy to overcast skies overhead and relatively dry ground conditions, the invasive species walk and talk went well. The class began outside under the Terminalia catappa tree with a brief report on student engagement with Schoology, the learning management system used by the course, and handout on the material culture essay. 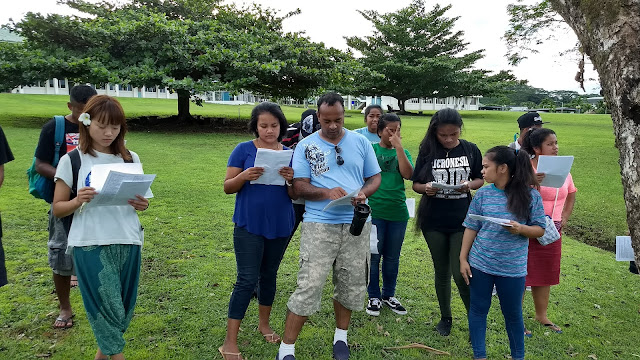 I then handed out information on the "six steps to extinction" as outlined in a study by Paul Downey and David Richardson:

"They identified six thresholds along the extinction trajectory of plant species affected by invasive plants. 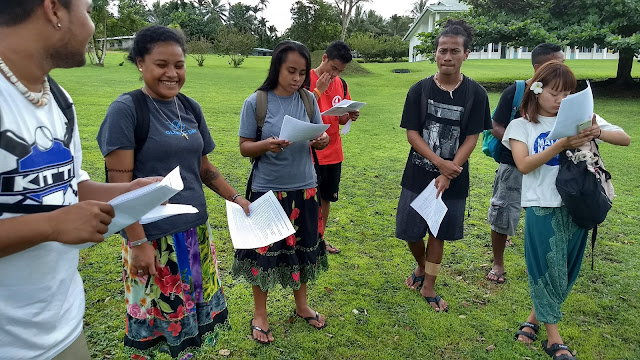 I then handed out the double-sided sheet with an invasives of Palikir checklist on one side and the plants of the final examination on the other side.

The hike doubles as an introduction to invasive species and the ethnobotanical plants that will be part of the field final examination. 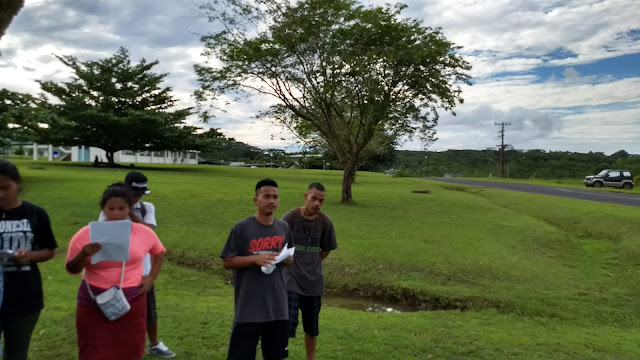 Terminalia cattap at the left rear, Pterocarpus indicus center. Rosewood can be invasive but has not been particularly invasive on Pohnpei. Pelia, Kimsky, and Shane, foreground. 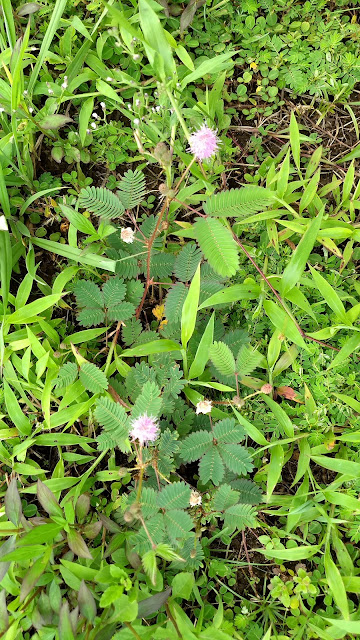 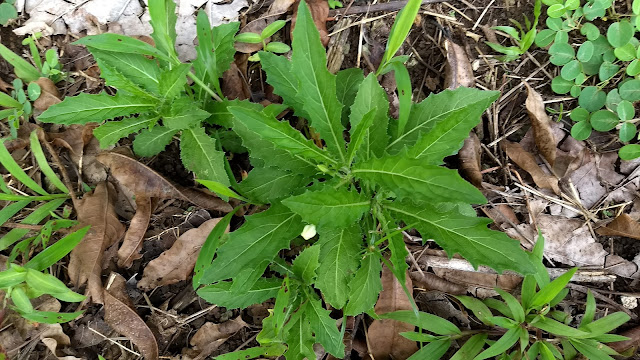 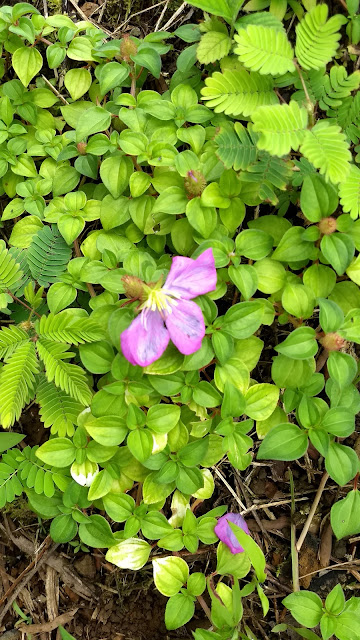 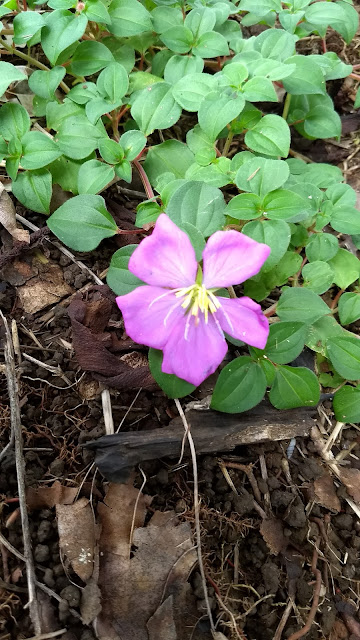 Spanish shawl or pink lady. Petals that fall off as soon as the flower is touched 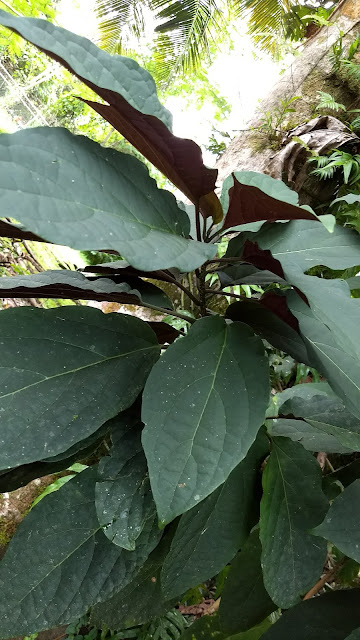 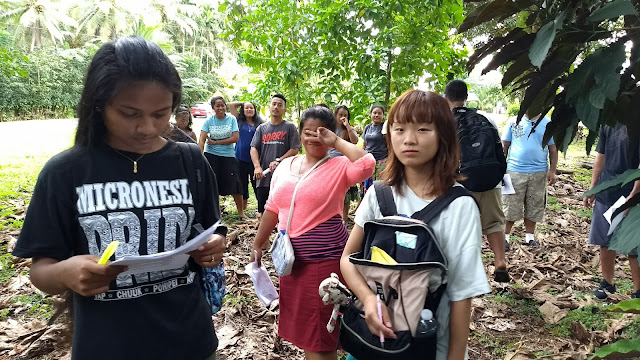 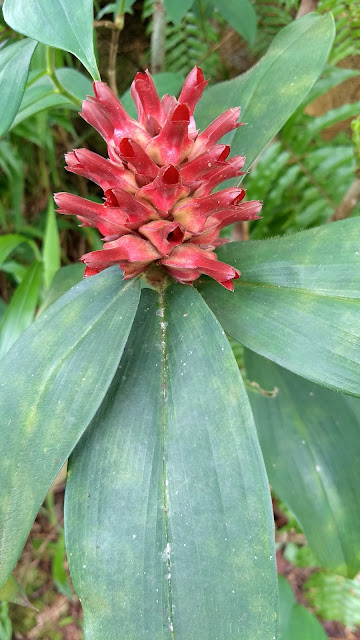 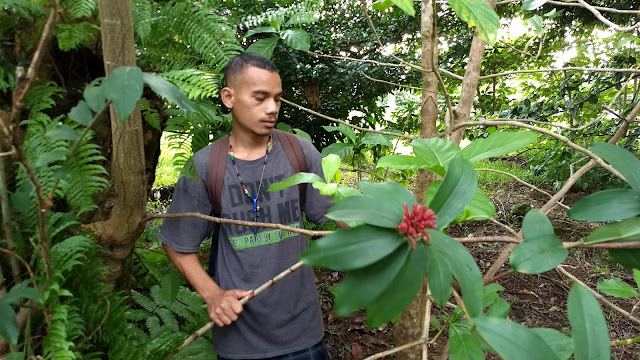 Shana with the Cheilocostus speciosus 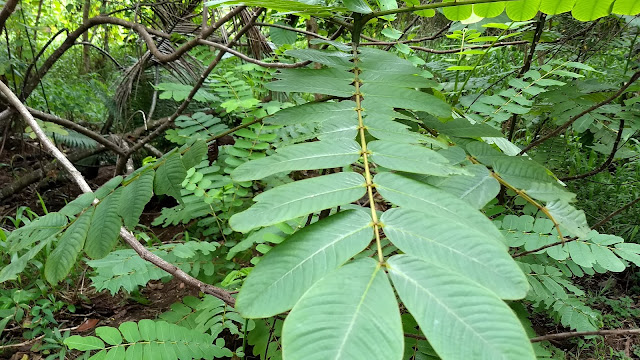 Not invasive: medicinal Senna alata. Part of the final review. 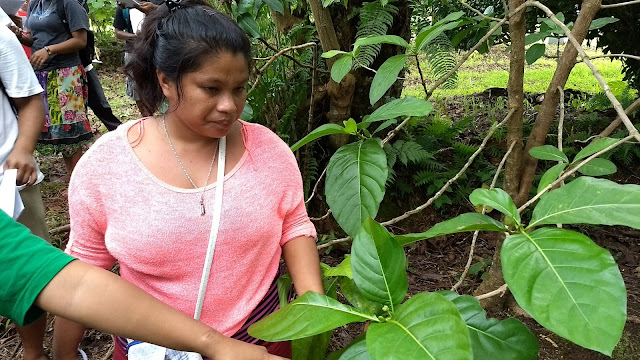 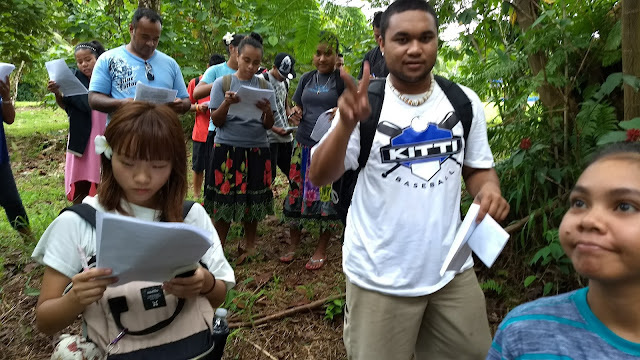 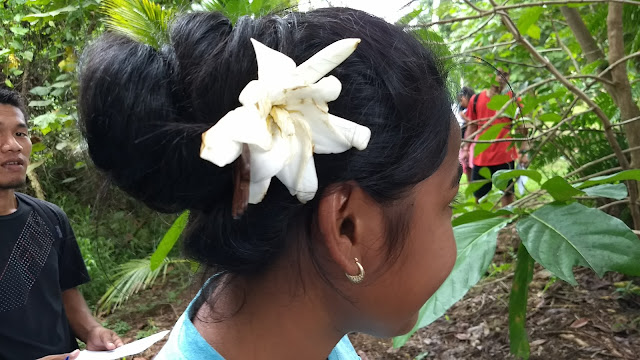 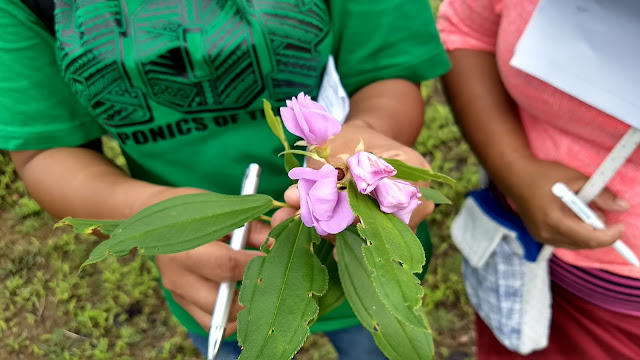 Melastoma malabathricum. Pisetikimei. From the east end of the field. 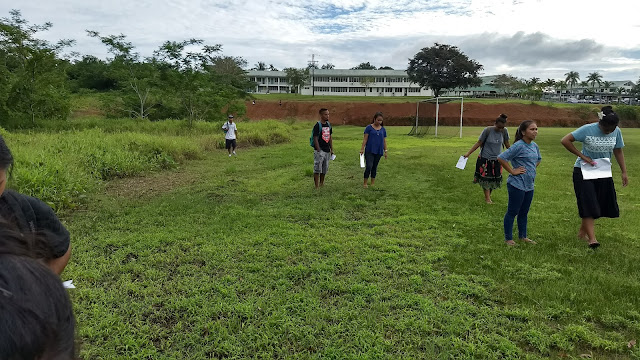 The class enters the soccer field, the ground is soft and wet, surface water across much of the field. 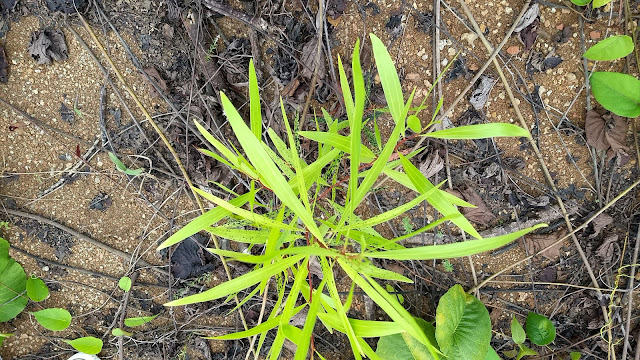 Acacia seedling. Perhaps Acacia auriculiformis or A. linearis, or some other member of the species. Definitely showing signs of the ability to be invasive, move into onto disturbed soil. 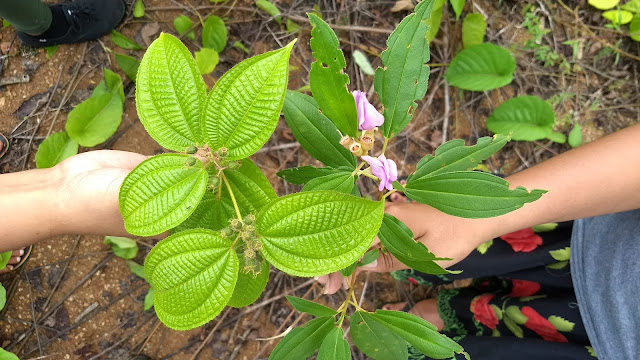 On the left perhaps the most aggressive invasive on island, Clidemia hirta. On the right, the medicinal "cousin" Melastoma malabathricum 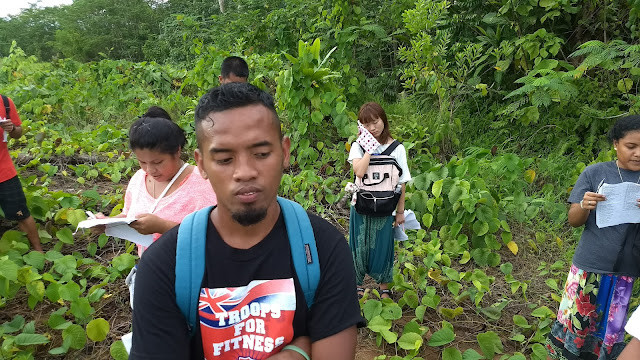 At just over an hour into the walk I realized I probably needed to bring the session to a close. This area is what I refer to as my highly curated invasive species collection. A disturbed area that has been disturbed for decades featuring Merremia peltata, Ischaemum polystachyum, a Stachytarpheta either Stachytarpheta jamaicensis or Stachytarpheta  cayennensis), and so many more. Buried in the shot above is the native Campnosperma brevipetiolatum 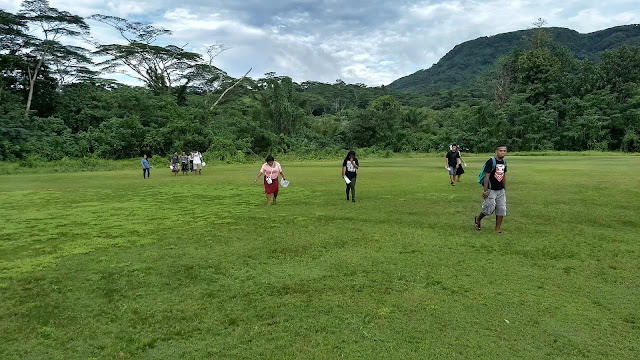 Falcataria moluccana on the left above. Pelida and Megan Ruth watching where they walk: the soccer field had a layer of water amidst the grass and the surface was very soft. This places wants to be a swamp. Water upwells from underneath in this area.

Along the driveway, only at the end of the walk, did I stumble on Chromolaena odorata. I did not see the Euphorbia hirta again in the location I had previously seen the plant. Euphorbia hirta remains unlisted except in the flora as I have yet to locate a stable population on or around campus.
ethnobotany