October 15, 2017
This term rather than a walk and talk about the role of food in memory and a sense of well-being, weather conditions during the week suggested an alternate start in the computer laboratory and the use of a playlist of videos to convey the same information. My own head cold on Tuesday permitted me to use myself as an example of not being able to taste food, and to make the point that taste is really the brain lying to you about the source of taste. Taste is really smell, which the brain then imputes to the tongue.

Thursday the students brought a local food to share. 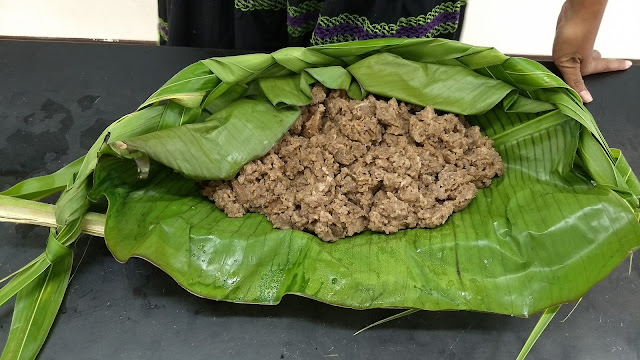 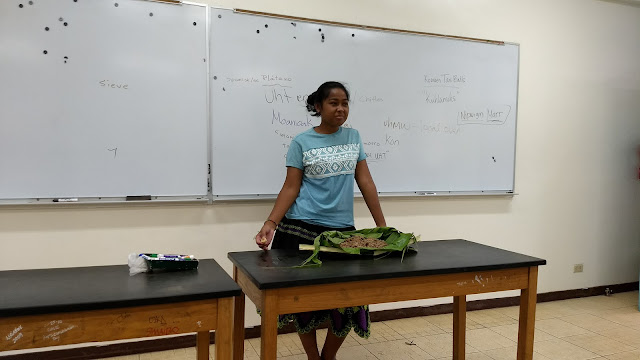 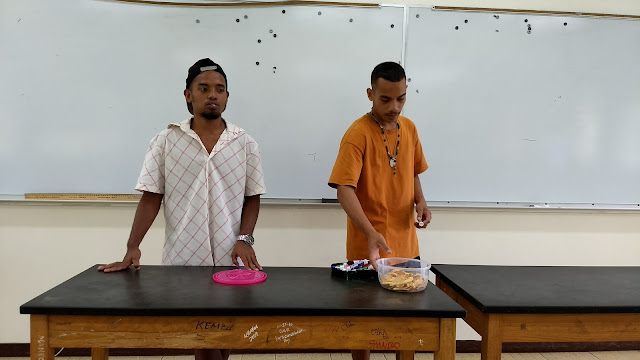 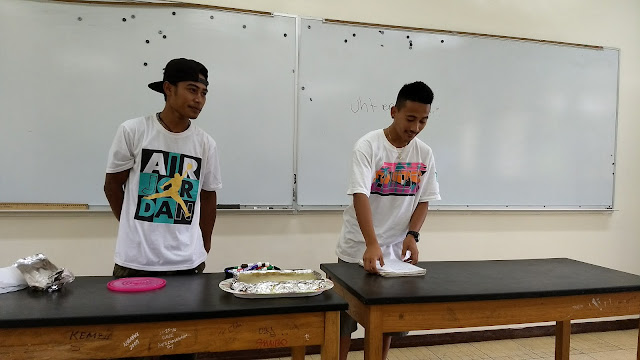 Jamie and Kimsky with tapioca

Also known as moanioak, which derives from the name manioc. Tapioca is also known as mendioka on Guam, which is very similar to the Brazilian name mandioca. In Ecuador the plant is known as yuca, and in west Africa as cassava. 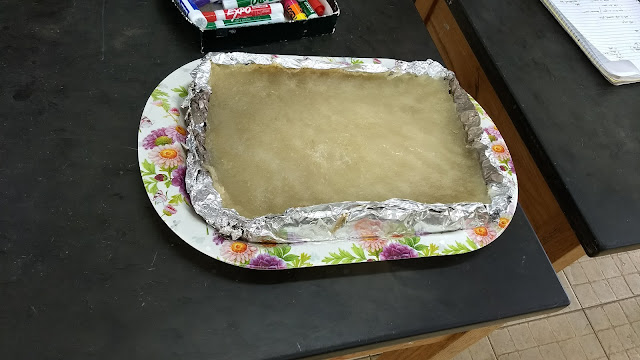 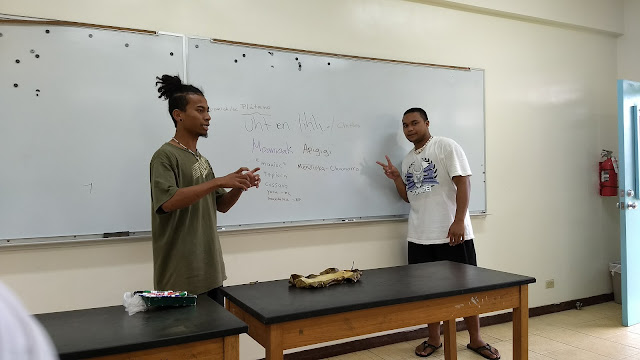 Darion's fluency in Chamorro permitting sharing the name of this dish up in the Marianas, apigigi. This variant was baked in an uhm using a banana leaf. 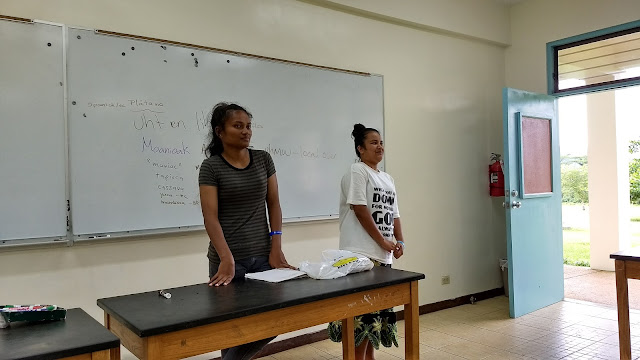 Megan Ruth and May-me had hoped to present kon from the Mortlocks, but the delay in the arrival of the ship by one day prevented this from happening. They noted that kon is prepared differently in the outer islands than techniques used in the diaspora on Pohnpei. This creates a variation of the dish. Were the outer islands to become uninhabitable due to sea level rise, these unique variations on dishes would likely be lost, another of the many losses that climate change threatens to bring to these islands and their cultures. 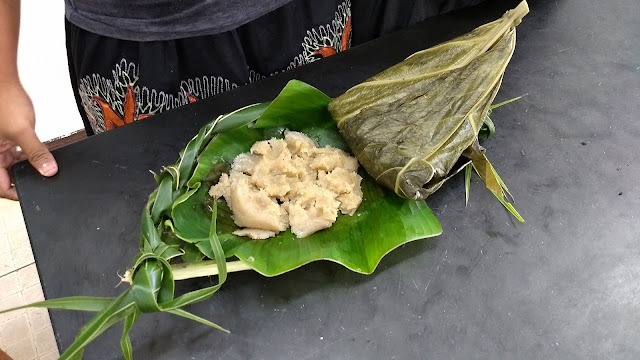 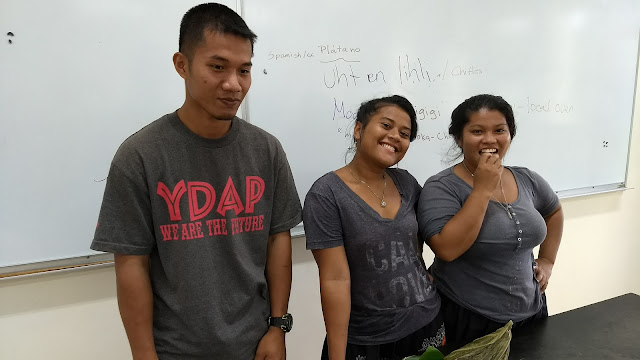 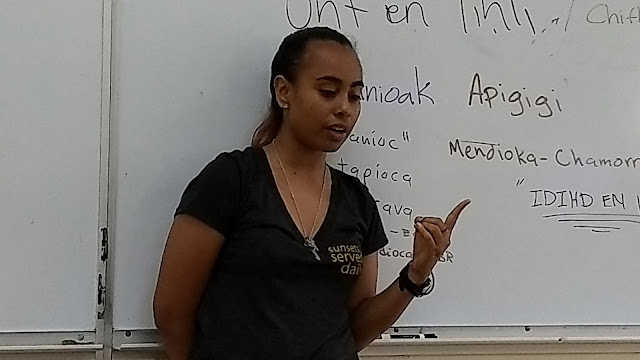 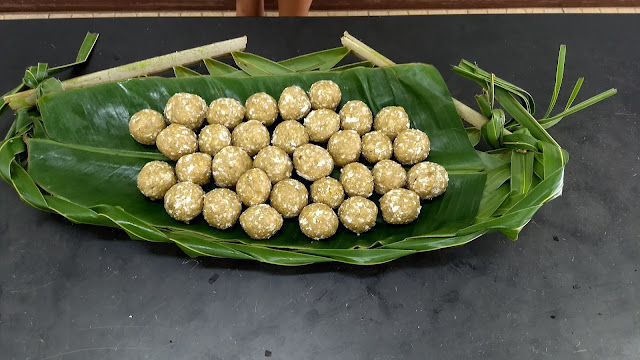 Kosraean taro balls with coconut, known as kuhlamihs. One of the learnings Sharisey shared is that the grind for kuhlamihs is a fine grind to make a smooth taro ball. 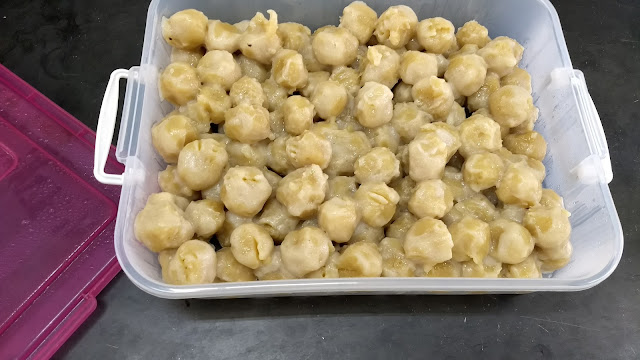 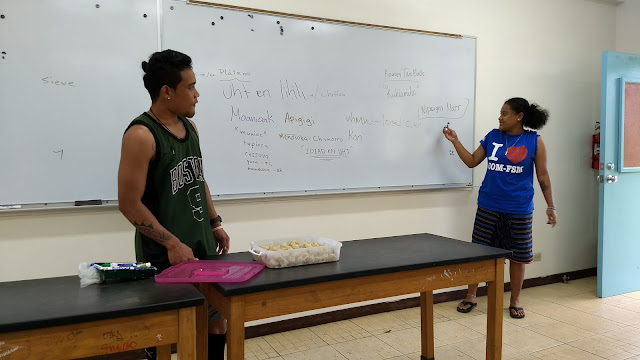 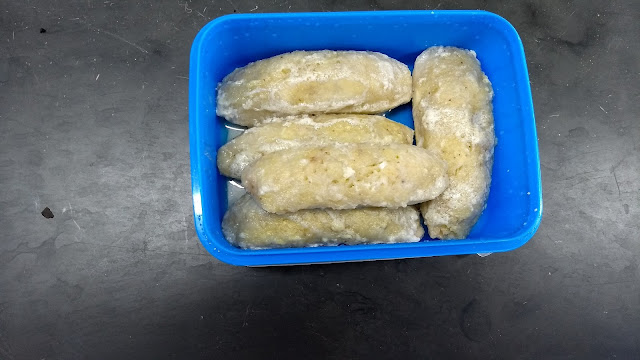 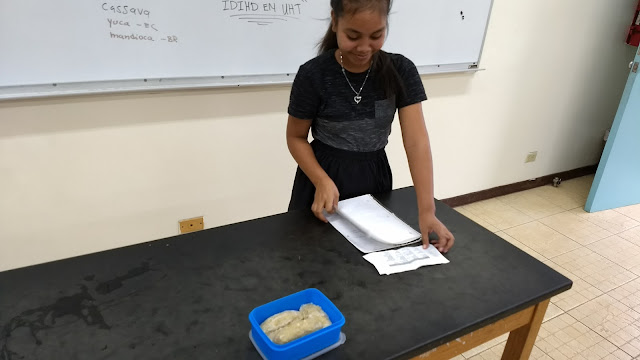 This dish is half a banana ground, half unground as a "boat" like shell, reunited and boiled. Fun and tasty. 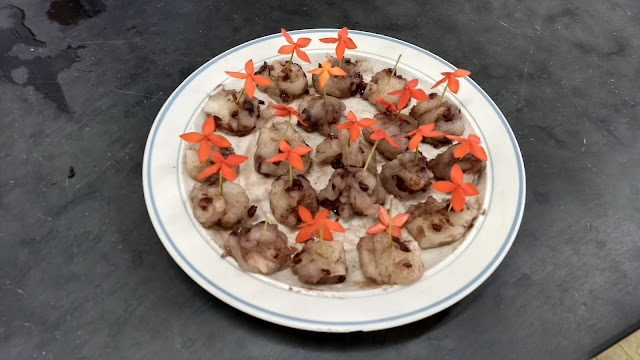 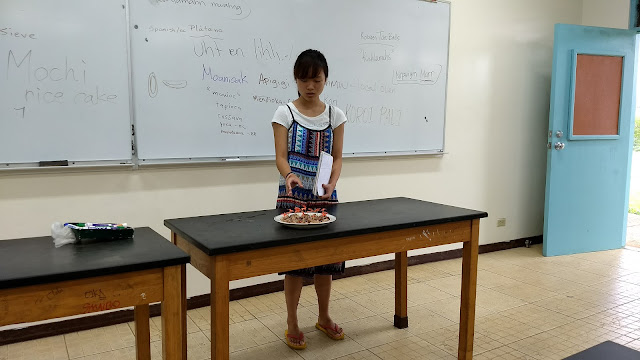 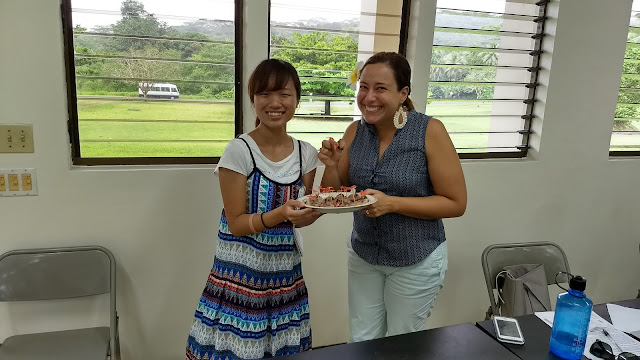 Note that this term I opted to mark all presentations at 10 points each, other days are five points each. This "flattens" out the marking, slightly increases the weight carried by the midterm, essays, and final, and increases the impact of regular daily attendance. The food presentation did not carry the 21 points implied by the rubric, just ten for being a presentation.
ethnobotany