October 03, 2017
The SC/SS 115 Ethnobotany class visited the Island Food Community of Pohnpei today. Island Food had recently received the results of a nutrition analysis of flours made from local banana varieties and breadfruit. The exciting news is that the local banana and breadfruit flours contain significantly larger amounts of protein, calcium, dietary fiber, magnesium, potassium, and iron than white flour. 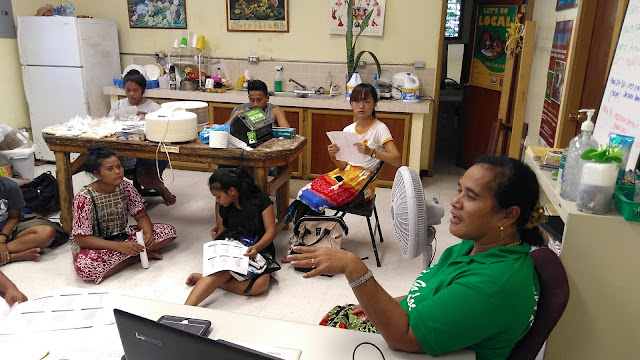 Island Food Community of Pohnpei was able to have nine different flours analyzed for protein, mineral, and fiber content. The nine flours included five banana flours, two breadfruit flours, and two hard taro flours. Of particular interest to this writer was some of the high numbers turned in for a variety of banana known as utin ruk. This is arguably the easiest banana to grow and produces very large banana bunches. The banana is not particularly favored for cooking and eating, thus demand is low for this easily grown and relatively prolific banana. There is tremendous potential in utin ruk as a source of flour. 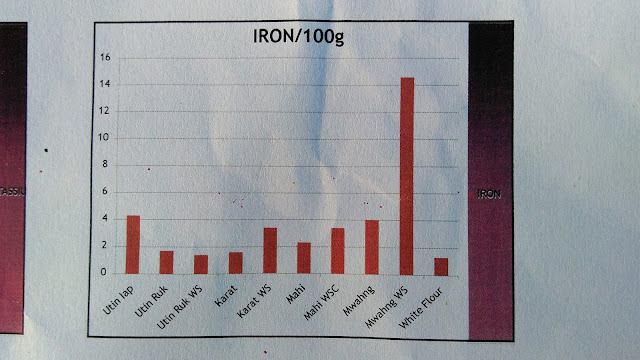 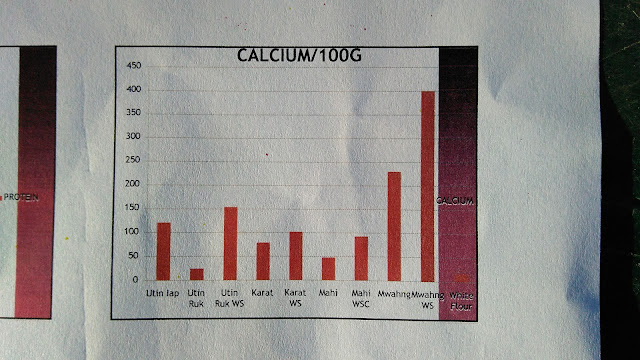 Flour made from hard taro with the skin also turned in high amounts of calcium, a key mineral in the prevention of osteoporosis. Among the bananas the utin ruk had the most calcium, far more than white flour contains. In a population that does not consume dairy products as a part of their traditional diet, alternate sources of calcium are important to bone health. 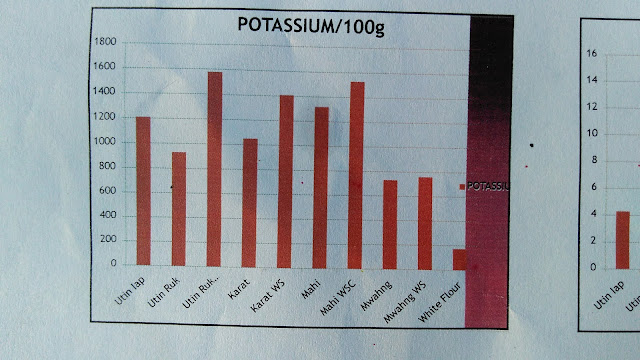 Bananas are renowned for their concentrations of potassium, an important electrolyte in the hot and humid tropics. Although this author is unaware of hypokalemia being reported, studies in the United States suggest many there do not take in enough potassium. Here in the tropics, loss of electrolytes in sweat likely leads to lowered potassium levels. Here utin ruk leads, but all of the bananas contain potassium. Mahi with skin (breadfruit) holds the number two spot, and breadfruit with or without the skin appears to be a good source of potassium. 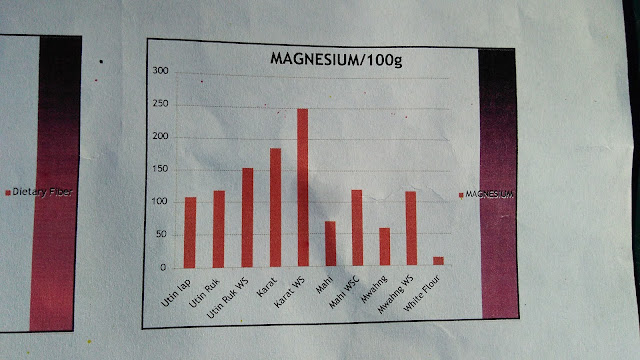 Although the body is fairly conservative of magnesium, depletion can occur in people with type 2 adult onset diabetes. Micronesia has relatively high rates of diabetes, thus high magnesium levels may prove useful to this subpopulation. The red fleshed karat banana contains the highest levels of magnesium. 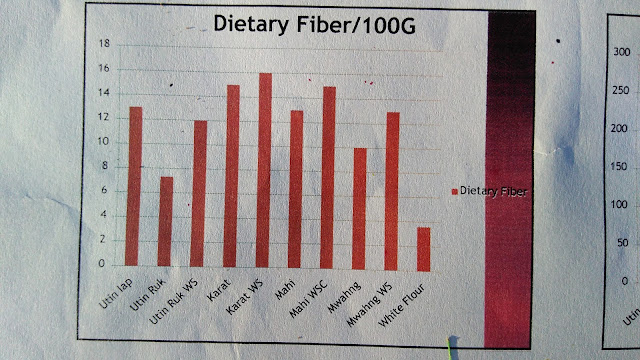 Dietary fiber is important for maintaining the health of the colon and plays a role in maintaining a healthy weight and lowering the risk of diabetes and heart disease. 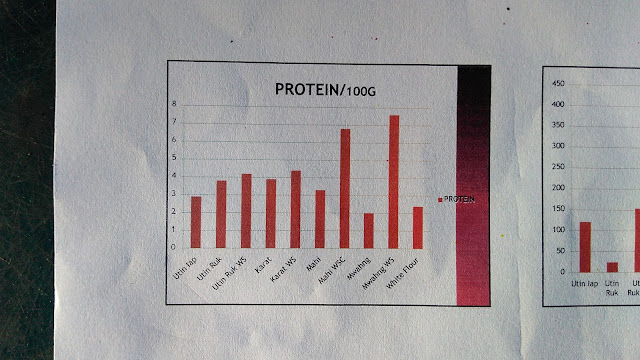 Although protein intake is not known to be a dietary deficiency on the main islands, some of the local foods are potential sources of protein. Hard taro flour with the skin has three times the protein of white flour. 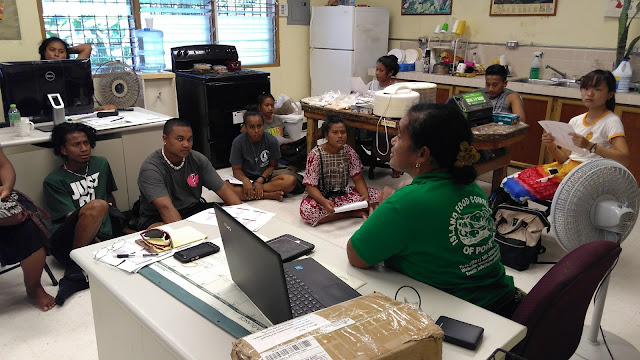 Emihner Johnson speaks to the class: Kira behind the desk, Jade, Darion, Sharisey, Harriet at the back, Sandralynn, Pelida, Kimsky, and Kiyoe. Sandralynn was part of the "Let's Go Local" singing group in the past. 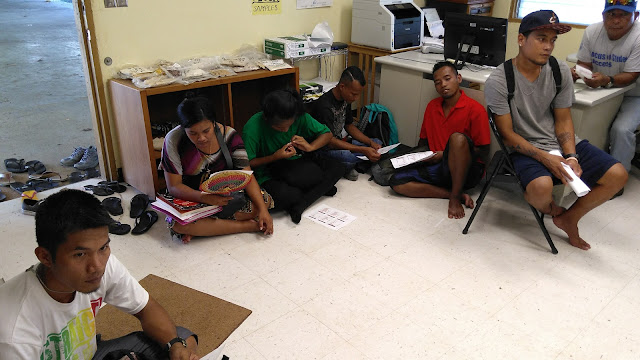 These results add to earlier research establishing the high vitamin A content of a number of varieties of bananas, breadfruit, and hard taro. 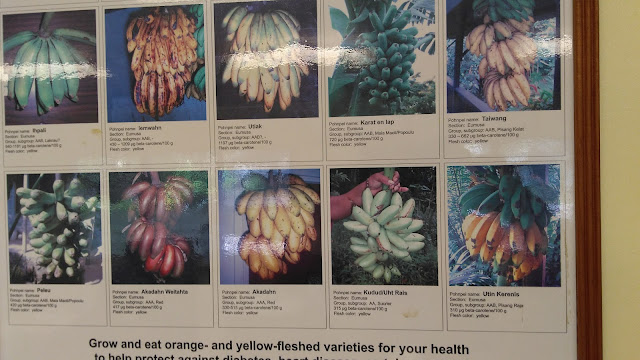 The class owes a debt of gratitude to Emihner Johnson for hosting us, for sharing with us, and to the Island Food Community of Pohnpei. A special thanks for the gift of the tote bags to the class members. 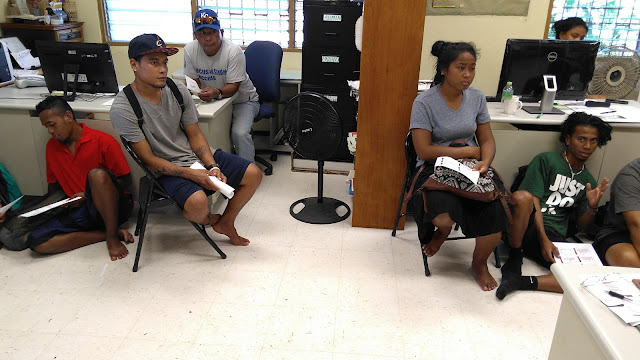 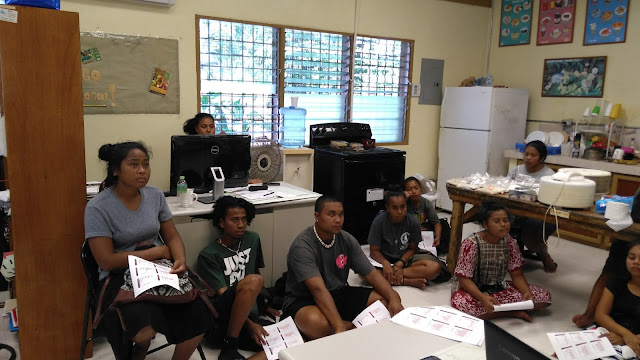 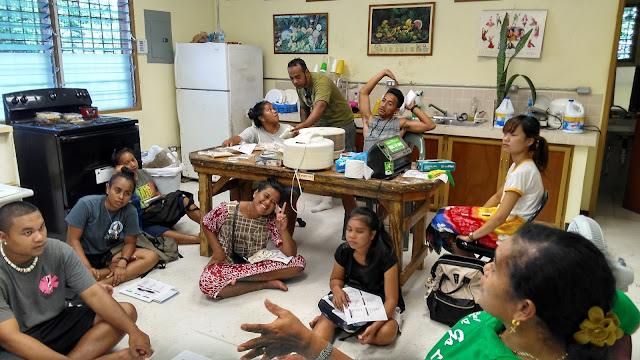 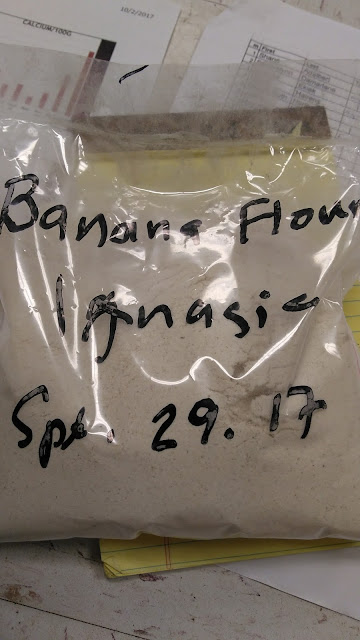 Banana flour from the Inasio variety of bananas