Chasing mirages and a group quiz

October 29, 2017
Friday the class went outside to chase after a mirage. A sunny Friday in spring 2017 provided guaranteed sunny hot days and asphalt that was screaming hot by noon, a mirage was fairly easy to see. A rainy ENSO neutral fall did not provide as much heat, and what sun did appear was not intense enough nor long enough to generate the temperatures required. Only the faintest glimpse of the effect could be seen by looking east from just west of the first turn-off to half moon drive. The effect was to fleeting to capture with a cell phone camera. 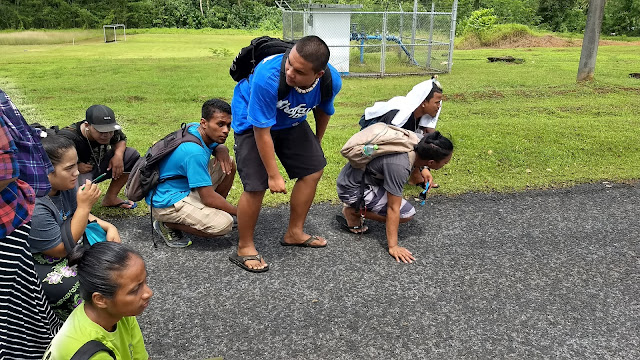 Bravely trying to catch a glimpse of a mirage. 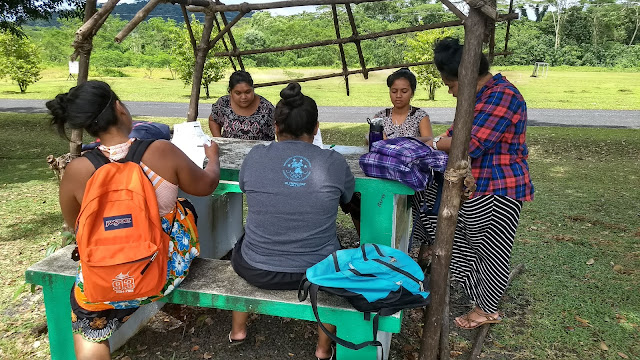 This was following by an outdoor quiz, which involved students sitting at widely separated tables in groups. Given that the instrument was only a quiz, I deliberately sat separately at a distance and let the students work the questions as quasi-group exercises. I opted not to try to analyze the impact, but of interest was that the groups did not take to wholesale copying of each other. Anecdotally they appeared to balance assisting each other with doing their own work and arriving at their own answers.

While a morning paired marble mass exercise in statistics went rather well, the mirage Friday exercise goes onto the "problematic" list if the day is a sunny scorcher.