September 30, 2017
Monday this week in physical science opened with a brief review of Friday's quiz answers. Armed with a globe, I then laid down the framework for latitude and longitude, explaining the existence of zero lines such as the equator and the prime meridian. I even mentioned the Paris meridian and the misuse of the Arago markers in Dan Brown's Da Vinci Code as the fictitious Rose line. Monday wrapped up with covering how the different GPS units work. The newer GPS units with the ability to receive both GPS and GLONASS (Globalnaya Navigazionnaya Sputnikovaya Sistema) signals work differently from the older units. 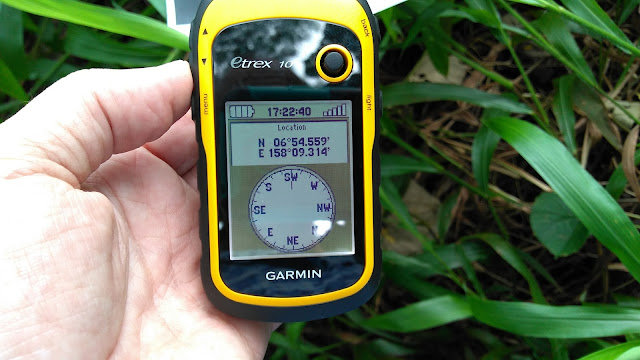 Tuesday I scouted out a location I had used a couple summers ago for a Binky hide. This term I wanted to be out deep and far.

I was down in an area I think of as the swale. That's pwisehn malek barely visible in the background. Wednesday I slipped out into the hide without detection. Just after arriving rain fell, but I had brought an umbrella and I tucked in under my umbrella and enjoyed the sound of the rain hitting the forest around me. The rain broke off before the search began. 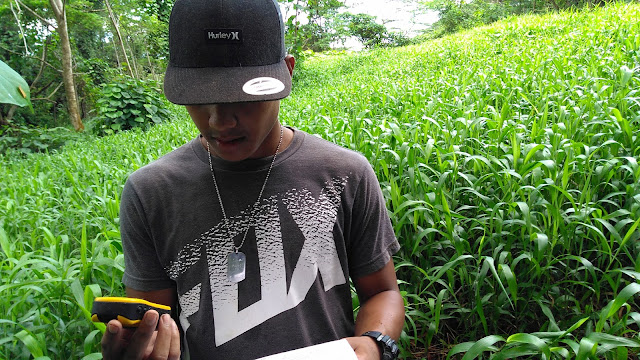 Austin would be the first to reach my location

By 12:20 I could hear voices in the keleu woods to the north of my position. A dense tangle of Hibiscus tiliaceus, I knew this meant that the students had gone after the longitude first, and now were trying to move south to my position along a line of latitude. The keleu made that all but impossible. 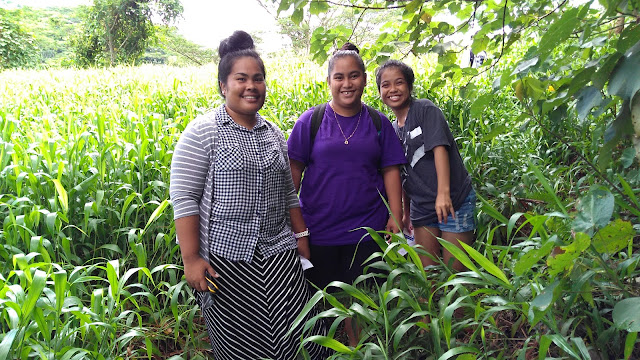 Although the students were nearing my position, I could hear chatter in Pohnpeian that there was no way I was in that tangle, and the group abandoned their search. They stopped trusting what their technology was telling them - that they were getting closer - and they turned back. 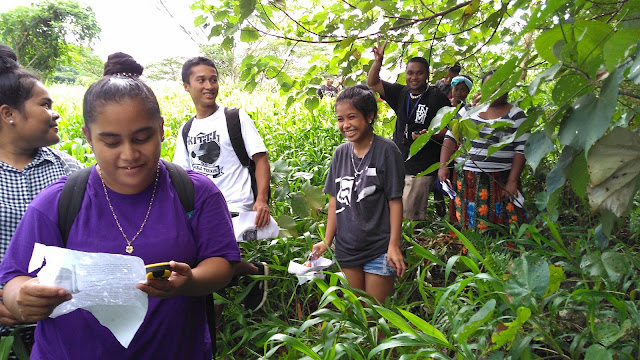 To the west I hear a young woman yell. I had warned the class about being careful where they walked. I would later learn Darion had just told Sunet to be careful as she came onto a slope. Sunet then slipped and slid down the slope through the reh padil grass. 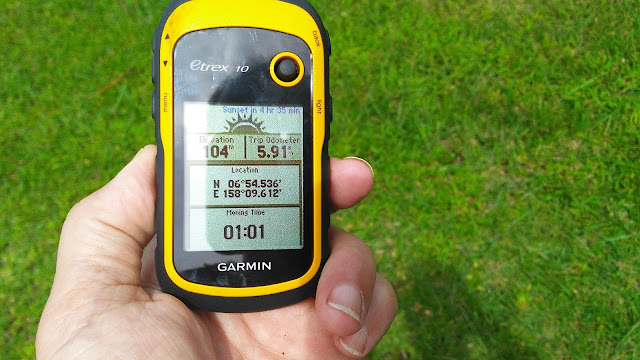 The location of the start of the hunt: the south faculty office coordinates

The voices would fade and by 12:30 I was alone again in the swale, only now I was laying down in the grass to ensure no one might accidentally see me. I was prepared with a hat, umbrella, and plastic bag for a ground cloth. 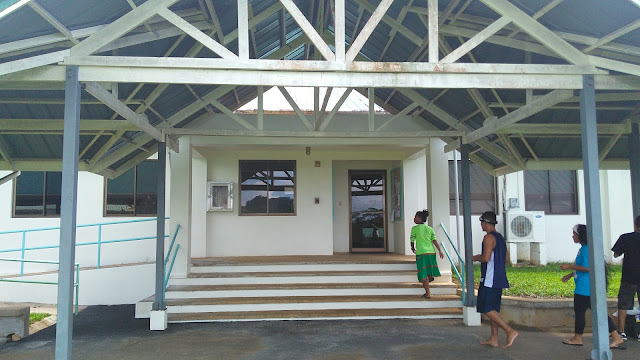 By 12:35 voices were much closer, with many voices coming now from the west. Austin Ponapart would be the first to physically reach me, but mere paces behind him was virtually the whole class. Everyone had joined up and confirmed that everyone was seeing the same numbers. By swinging west the going had been easier. Five students would fail to find me, with the five consisting of a solo student with a GPS who joined a group of roughly four students with a GPS and a cell phone app. For whatever reason, the group decided to rely on the cell phone app, but were perhaps misreading the app, and wound up heading in the wrong direction. 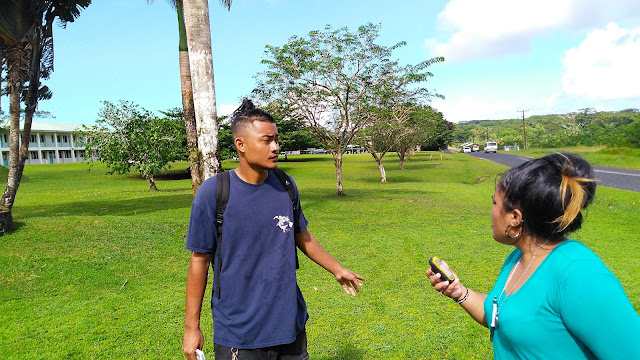 The next day in laboratory the class worked on obtaining the conversion factor from arcminutes to meters out on the lawn. The two above were part of the "lost group" on Wednesday. 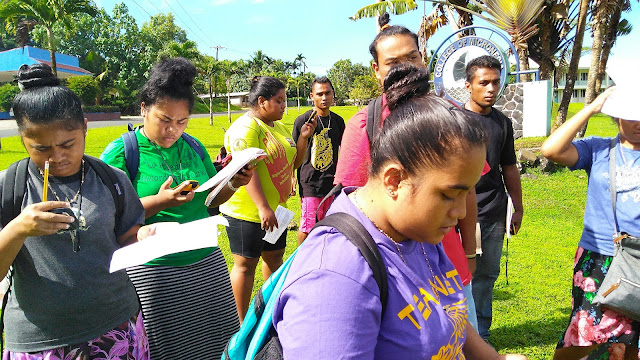 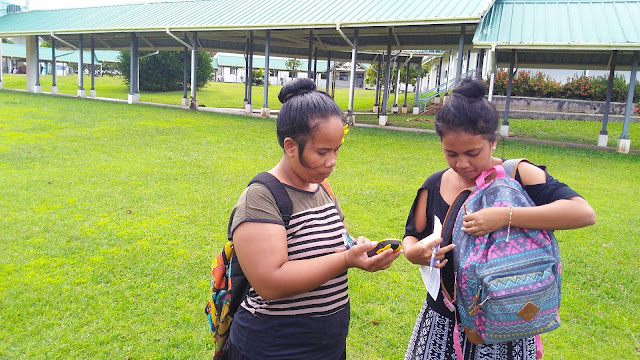 Tulpe Nena, another member of the lost group with Trevalouva 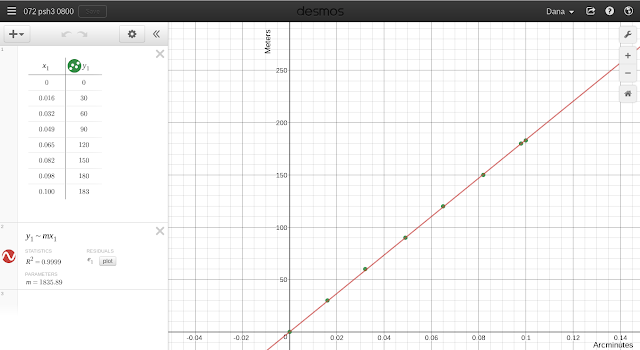 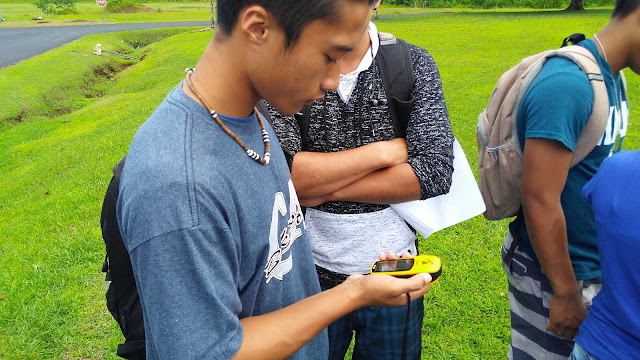 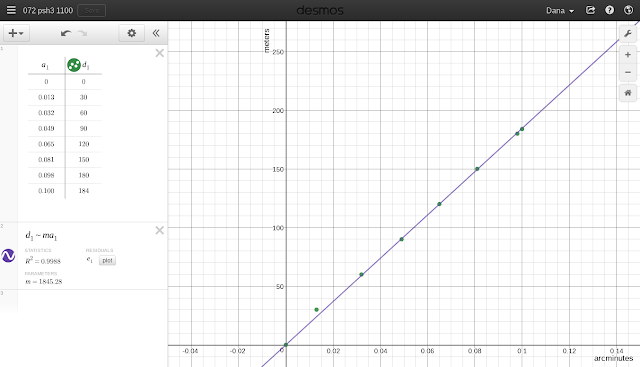 The increase in the number of functioning GPS units to seven, including two GPS+GLONASS units, has improved student participation and the accuracy of the results.
physci