Breeding systems of the flowering plants of Pohnpei: A presentation by Harmony Yomai 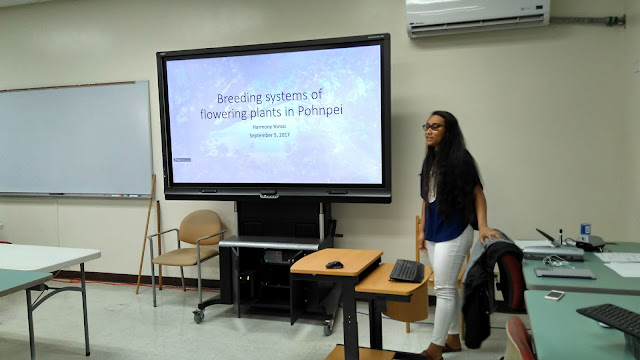 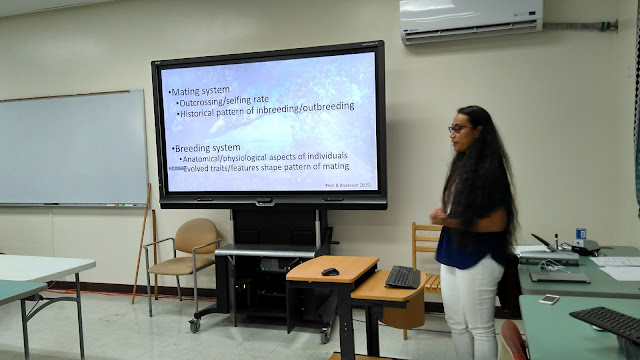 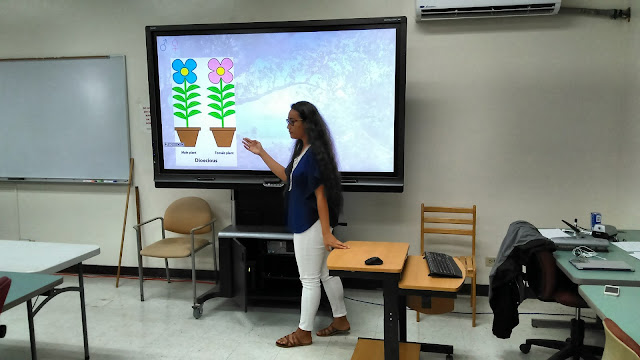 Ms. Yomai began with an explanation of out-crossing and selfing in angiosperms. 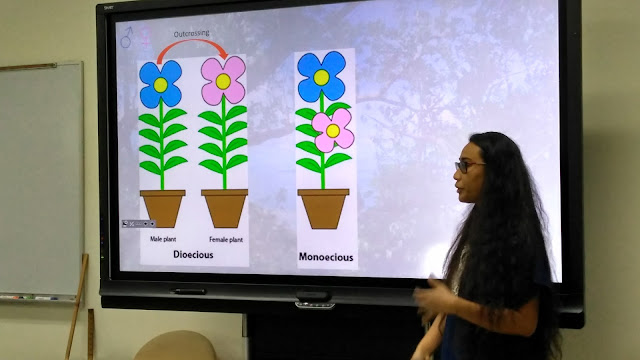 Dioecious plants can only out-cross. Selfing is not possible. 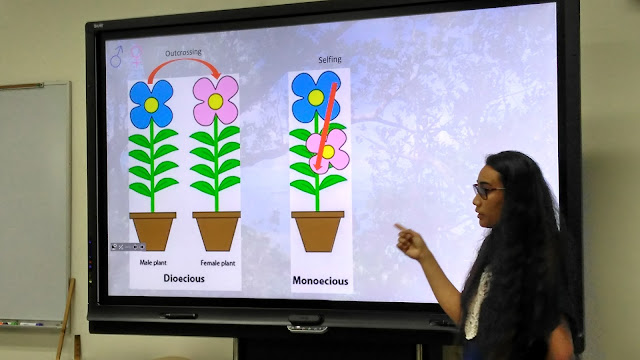 Monoecious plants with male and female flowers can both out-cross or self pollinate if the plant is self-compatible. Some plants are self compatible, others are self-incompatible. 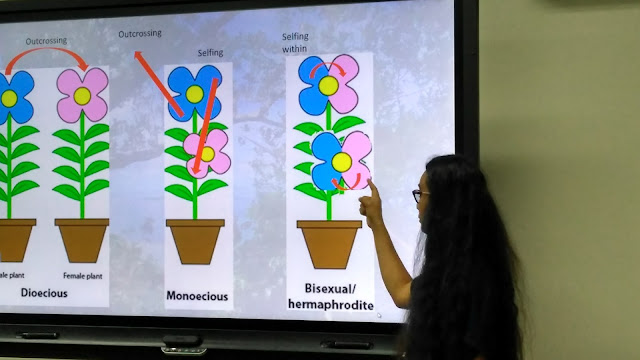 Bisexual/hermaphroditic plants can out-cross, selfing within, and selfing between flowers.  Selfing provides an advantage to island plants. 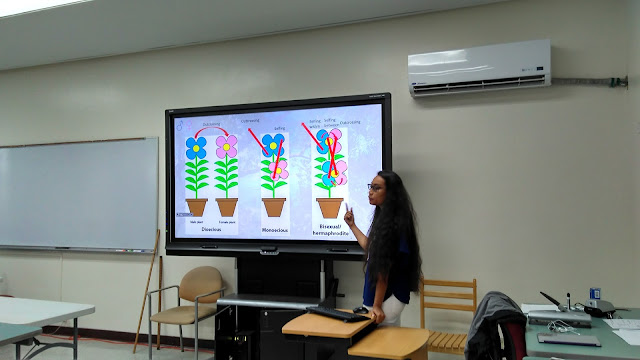 A plant that is self-compatible only needs to get a single plant to a new island to reproduce and flourish. 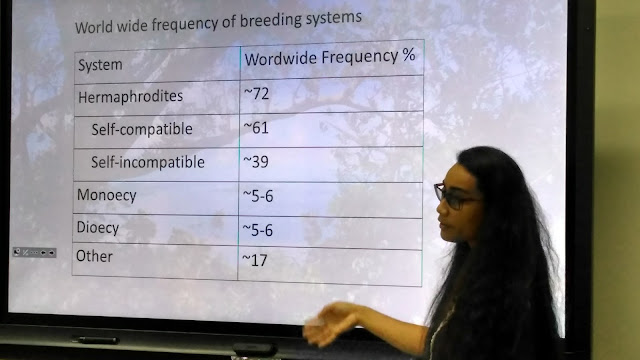 A self-incompatible plant has to obtain two arrivals within one plant lifetime. Here we are speaking about endemic and native plants. 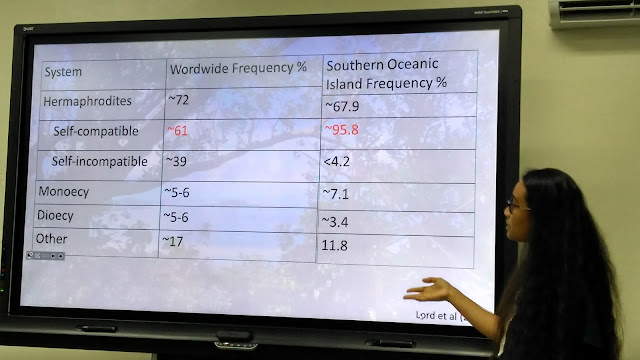 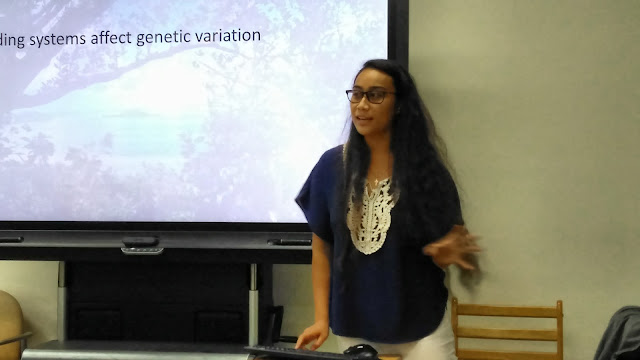 Ms. Yomai hypothesized that while Baker's law might be beneficial for initial colonization, after arriving in a new location a plant that is self-compatible may gain a survival benefit from returning to out-crossing to increase genetic diversity. 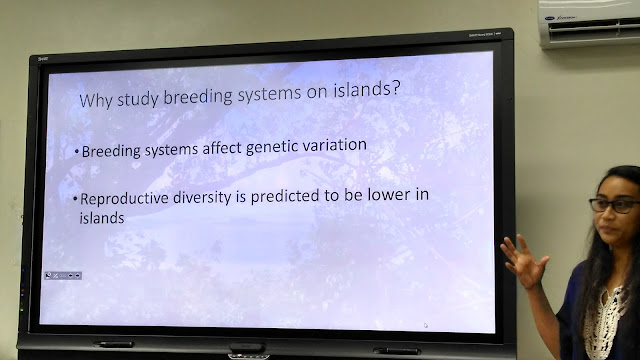 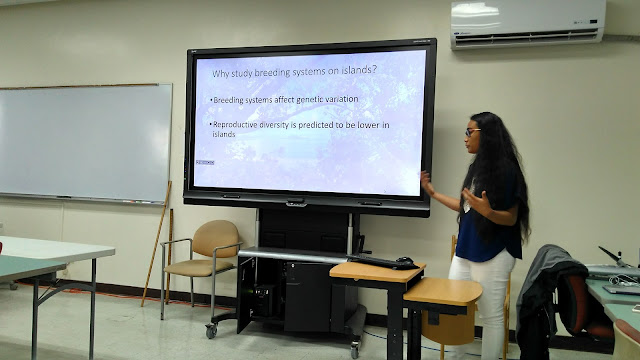 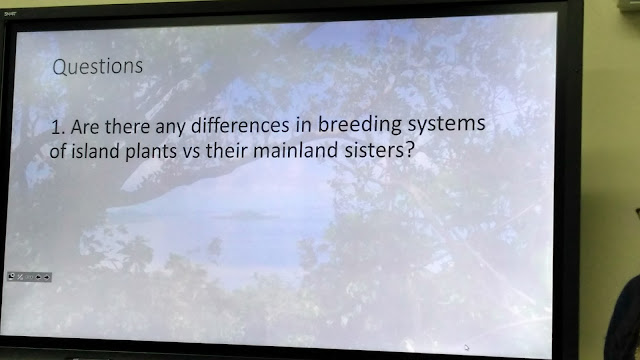 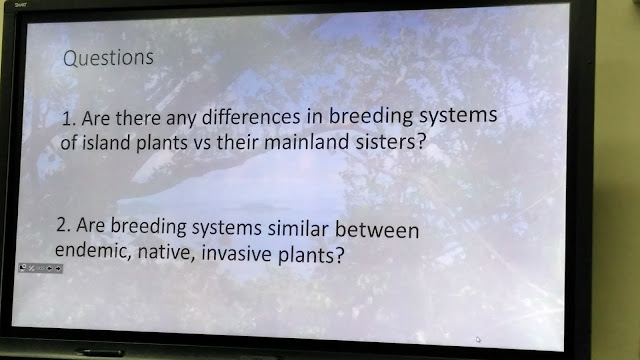 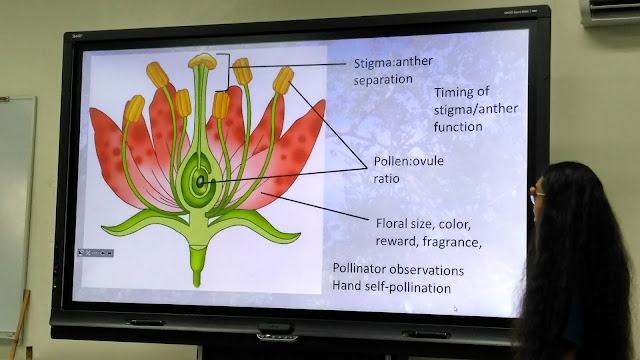 Determining whether a plant is relying on out-crossing or selfing involves many factors, and in her research Ms. Yomai is measuring these factors. A small stigma to anther separation suggests a plant that relies on selfing, while a large stigma to anther separation would support out-crossing. The timing of the stigma receptivity of pollen relative to the timing of pollen release by the anther. If the stigma is receptive at the same time as the anther releases pollen, this supports selfing occurring in self-compatible plants. If the timing is separated in time, then the plant is probably not selfing as a reproductive strategy.  The pollen to ovule ratio is another measurement that can be considered. A plant that relies on selfing does not have to produce as much pollen relative to the number of ovules in order to ensure fertilization. A plant that out-crosses will likely have to invest more energy in pollen production to ensure some pollen eventually reaches another stigma. The flower size, color, rewards (think nectar), and fragrance are also indicators of out-crossing versus selfing. A showy, large, and fragrant flower which produces a lot of nectar is probably trying to attract pollinators as part of an out-crossing reproductive strategy. A small, perhaps plain white flower without rewards or fragrance is probably not looking to attract pollinators and is selfing to reproduce. 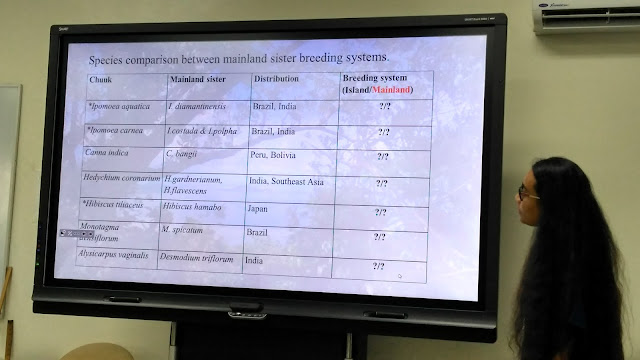 Ms. Yomai noted the list is hypothetical and that her work is in Malvaceae and Fabaceae. 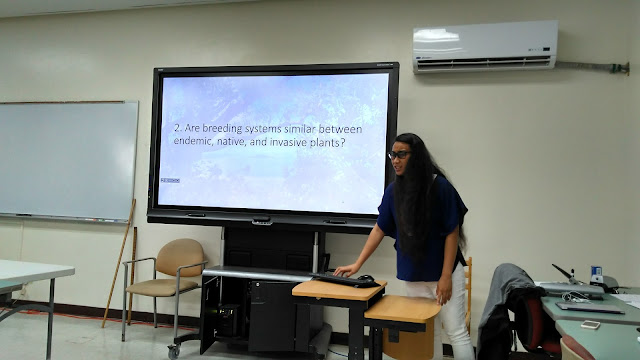 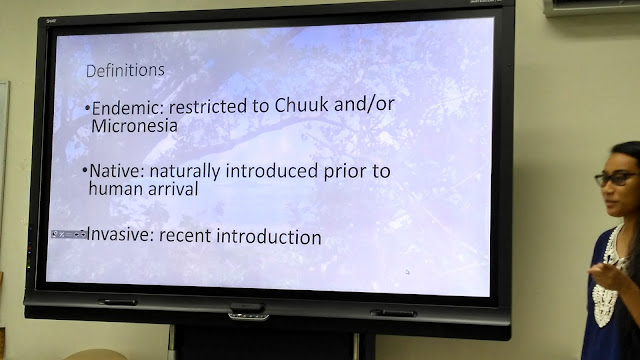 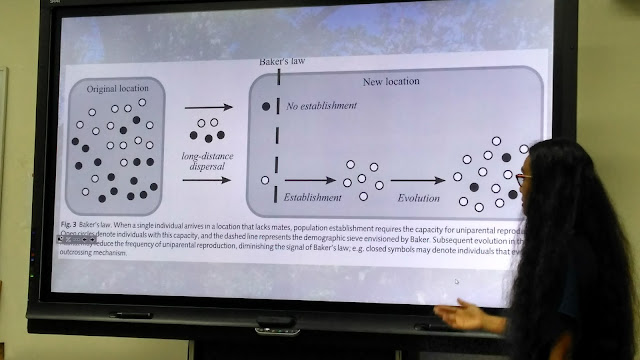 Here she outlines her hypothesis that while Baker's law may be an initial sieve, evolution will then drive out-crossing back into the plant line: increased diversity as a survival benefit. 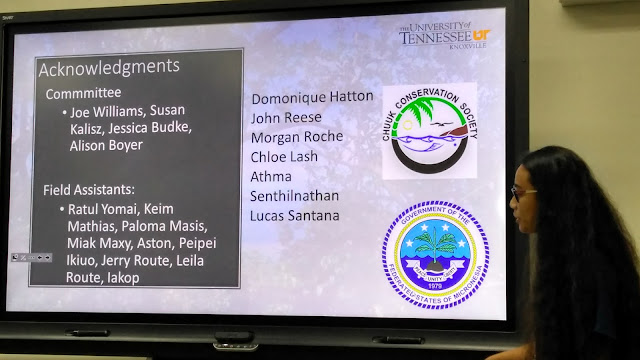 Ms. Yomai is a graduate of Xavier High School in Chuuk and inspired the students, helping them realize that they too could go on to graduate school and become research scientists.  My sincere thanks to Ms. Yomai for taking the time to talk to the class and share her work with us. 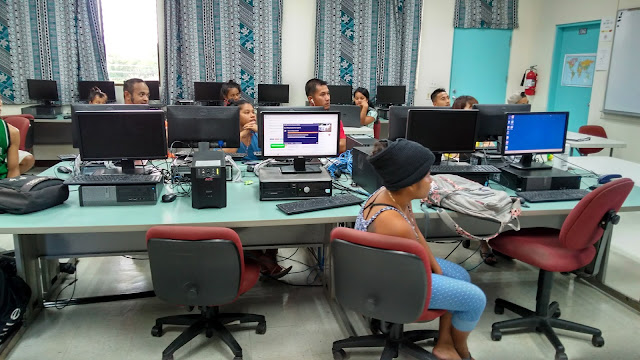 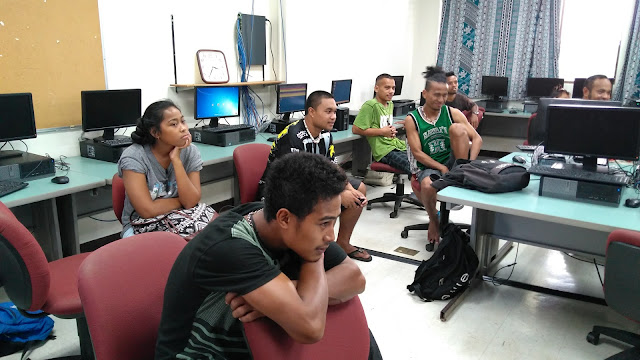