August 24, 2017
This term I passed out the plant list the class before, at the end of the banana patch cleaning day. I told the class to look over the list of plants we might be seeing on the hike.

On the way across campus we picked up students. As I passed the gym I picked up cyanobacteria - Nostoc. I explained the Nostoc in the shade at the edge of the agriculture building. I skipped mosses. 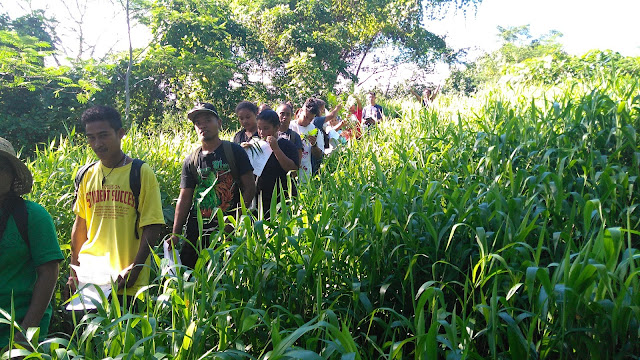 The upper open area was devoid of Lycopodiella cernua, and I missed the couple of Dicranopteris linearis fronds which were present. 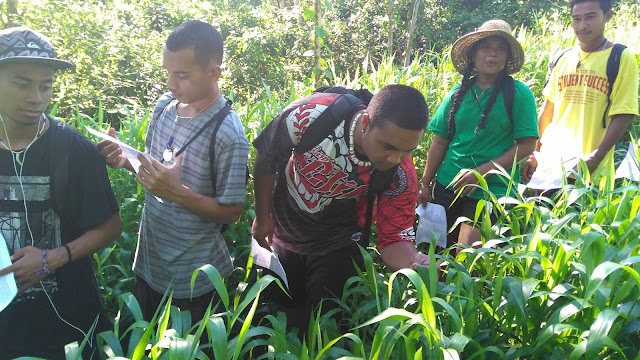 Off to the left side of the trail I found a nice example of a Nephrolepis "rehdil" fern with fertile fronds and explained this fern and sori to the class. 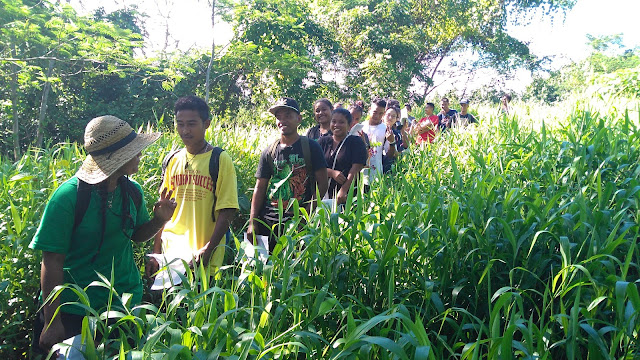 Farther down on the right I encountered Davallia solida which also had fertile fronds, so I showed the class this one as well. No one knew their local name for this, which caught me off guard. 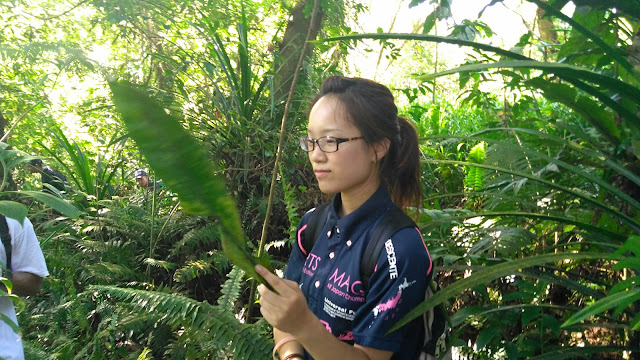 I then used the variety of ferns at the top of the slope including Haploteris elongata, Cyclosorus maemonensis, and Asplenium nidus. I had trouble at first locating Microsorum scolopendria, the fern having all but vanished from the mango tree trunk. I did locate a few fronds back at the Asplenium laserpitiifolium.  With the M. scolopendria and A. nidus, I explained how plants can have cultural meanings. There was also the lycophyte Huperzia phlegmaria present on the mango tree. I did not see strobili, but a plant on the back of the mango would later be seen that had strobili. Walking up one see's a whole 'nother side of things, literallly. 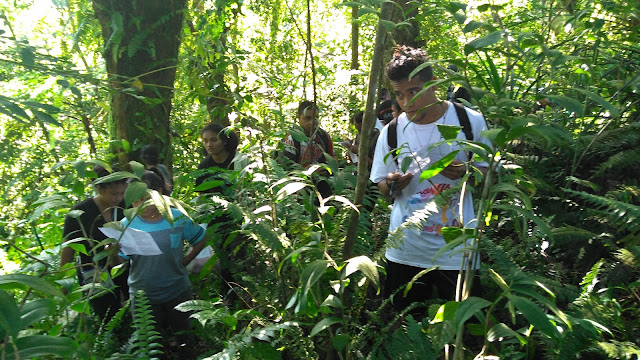 I zig-zagged down the slope, stopping at the Angiopteris evecta. 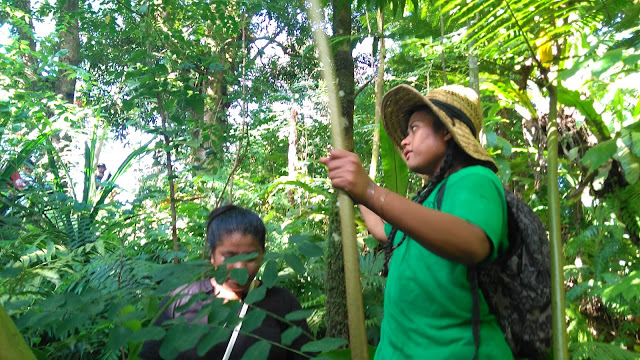 
Sandralynn Damarlane had already done well naming ferns at the slope top, she was the only student who knew paiwed by name. 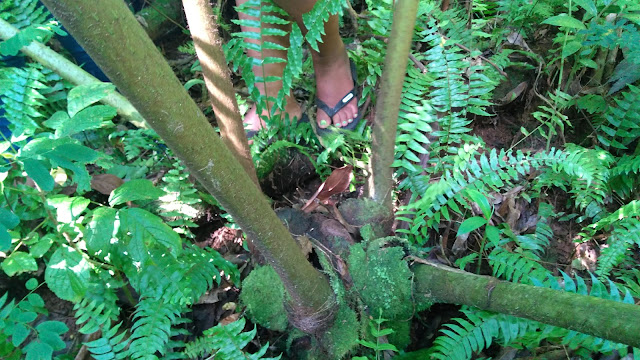 Sandralynn referred to the structures at the base of the paiwed as "ears" - an apt description. 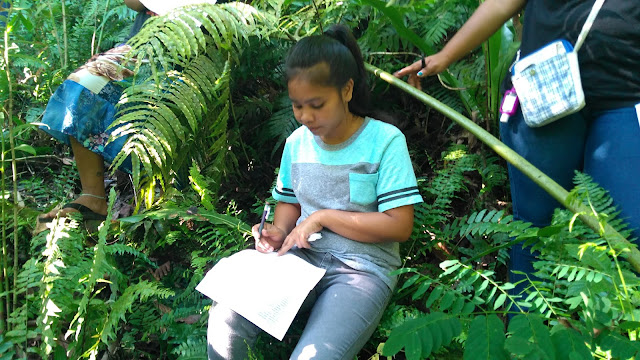 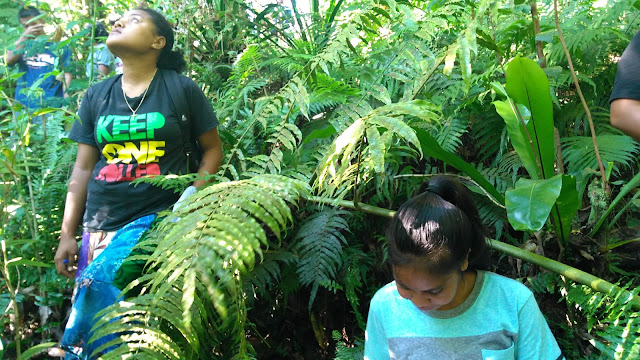 Kira and Shanaleen, a portion of the A. evecta frond between them 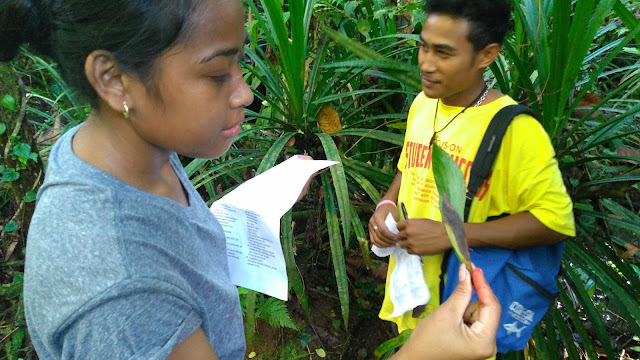 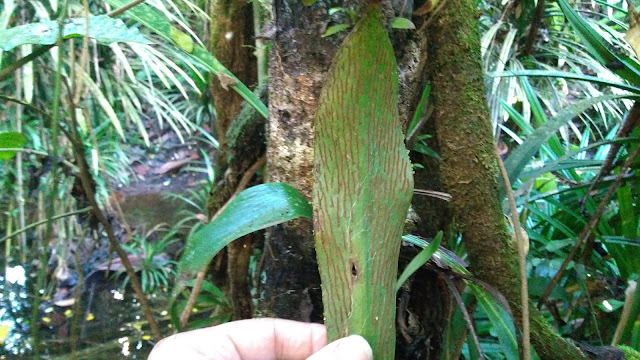 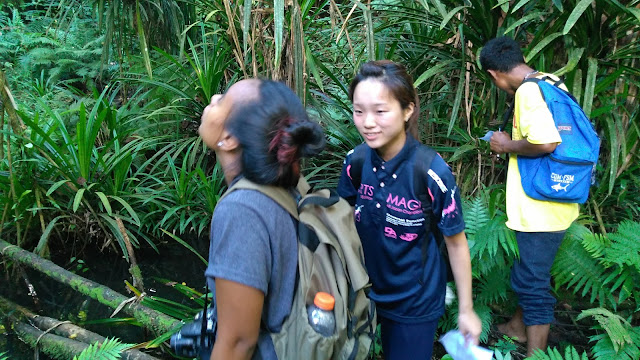 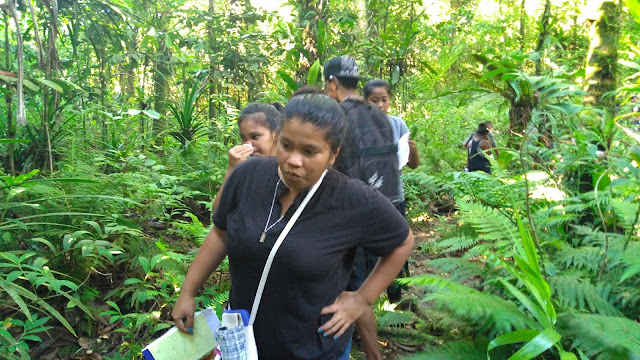 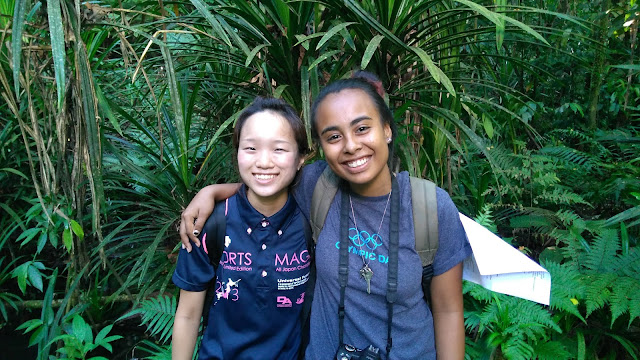 This term the class ran until 5:00 in the forest. Even at 5:00 Kiyoe, Sharisey, Darion, and Shanaleen remained back, exploring their way back up slope looking at ferns. All four seemed genuinely interested in the plants and the forest.
ethnobotany