July 26, 2017
The third day of the workshop opened with a brief description of "the shape of numbers" with the target audience being some of the elementary education mathematics teachers who had joined the workshop. 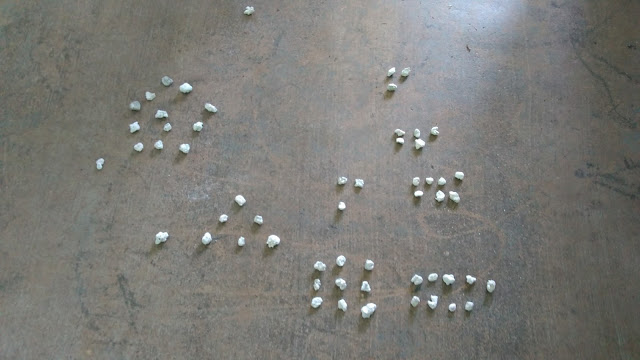 The separation between geometry and algebra has always seemed to make the two subjects appear rather disconnected. Perhaps the most fundamental object in Cartesian coordinate geometry is the point. All of the points a constant distance from a point might arguably be the simplest planar shape. The construction requires only a string and a piece of chalk. If the center is at (0, 0) and an arbitrary point on the circle of radius r is at (x, y), then the distance formula assures us that (x-0)²+(y-0)²=r² or x²+y²=r². If the center is at (h,k) then (x-h)²+(y-k)²=r² describes the circle. 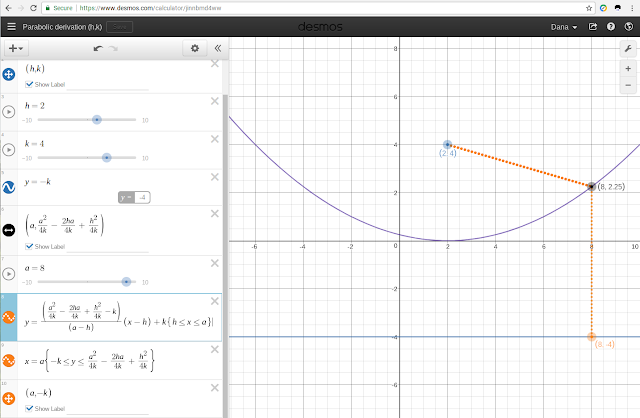 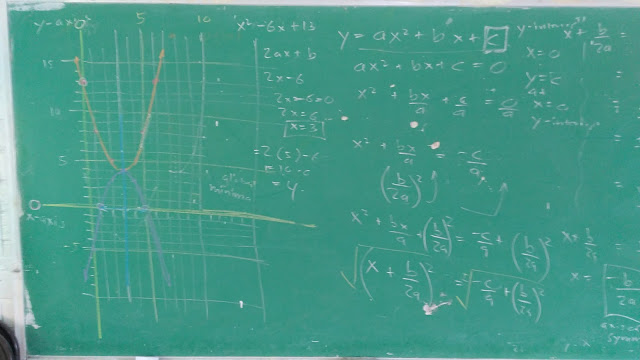 This was followed by a derivation that shows imaginary roots are the image of the roots of the vertical reflection of the parabola about a line y = vertex. 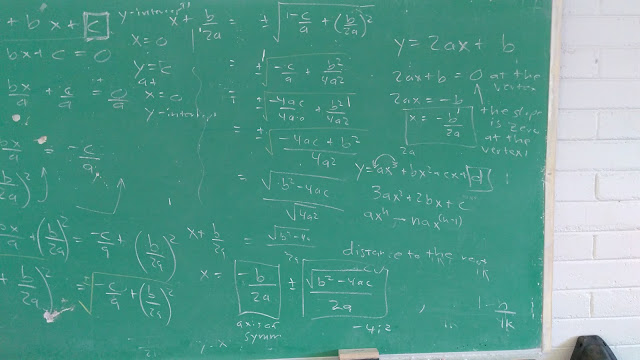 Then the quadratic formula was derived but left in a geometrically meaningful form. Here too the connection between geometry, graphing, and algebra was reinforced. Finally the slope and intercept for the parabola was shared with the class. 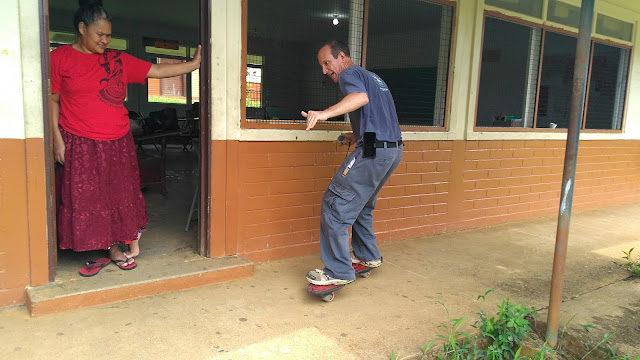 Two demonstrations were run to provide concrete sources of quadratic equations. The first was the acceleration of a RipStik. 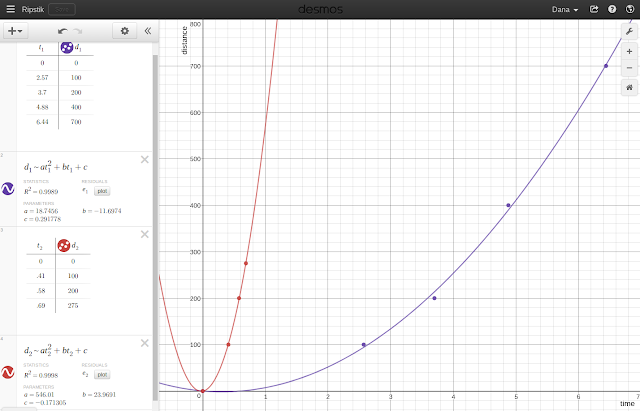 The second demonstration involved timing a dropped ball. Both are charted on the graph above. 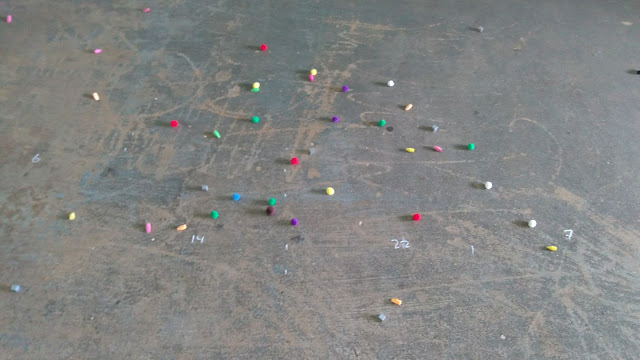 The process of counting the markers led to general hilarity as I waddled around on the floor counting markers. 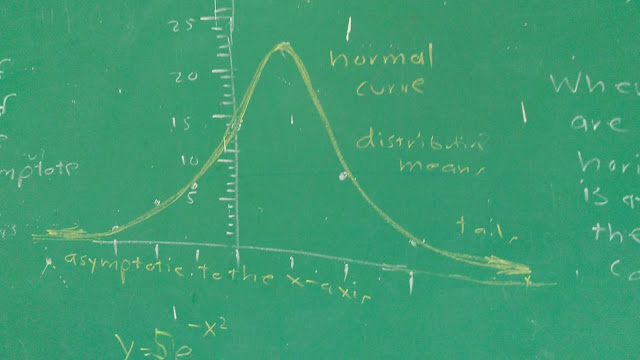 The later part of the afternoon after the break was consumed with the ongoing discussion of how to handle gaps between the standards and the text, and some teacher planning and discussion time. Workshops such as this are often the only chance for teachers from all three high schools to meet and mesh their plans for the year ahead. Whose planning to use which text, who will be teaching which courses and thus be a potential networking partner, where in which text they plan to start, how far they realistically think they can get, which standards are the more important ones to cover. Decades of teaching and workshops have taught me that these brief sessions do more to synchronous curricula and drive curricular decisions on the ground in the classrooms than perhaps any other more formal structure.
education mathematics