July 27, 2017
As discussed at the end of the third day, the fourth day opened with a look at exponential and logarithmic functions. The opening example looked at the exponential increase in the number of biological ancestors for a person. The second example was whether the number of characters used or the length matters more towards password security. 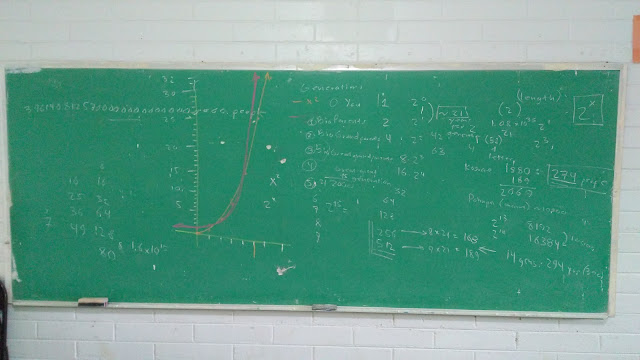 Notes on whether varying characters or length matters more to password security are available online as part of a longer set of notes on topics in algebra and trigonometry. This example builds off of an XKCD piece and an article on brute force password cracking. 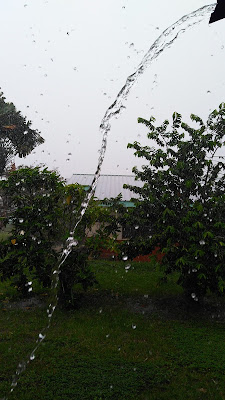 Mid-morning break was precipitated by precipitation. Heavy rain on the roof made further explanation impossible. Above water from a gutter forms a parabola, while spherical rain drops fall behind the parabola. 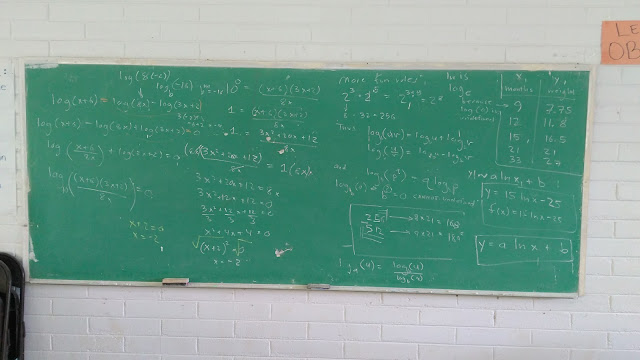 On the right side of the board is baby growth data from the chart below. On the left is a logarithmic problem that initially appears to result in a solution but the apparent answer is a spurious solution, generating imaginary results when plugged back into the original logarithmic equations. 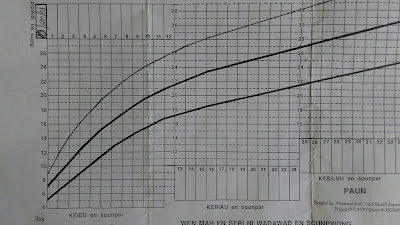 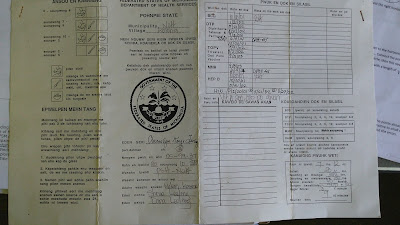 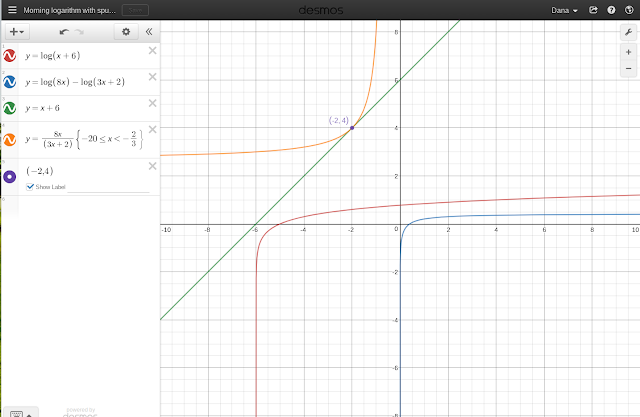 The spurious solution issue can be seen in the Desmos above. The original problem, solving the equality of the first two logarithms, has no solution because the red and blue lines do not cross. Once one removes the logarithms, however, the two functions have a solution at (-2,4). This is not a possible value for the blue function, and thus the solution is a false solution. There is no solution. 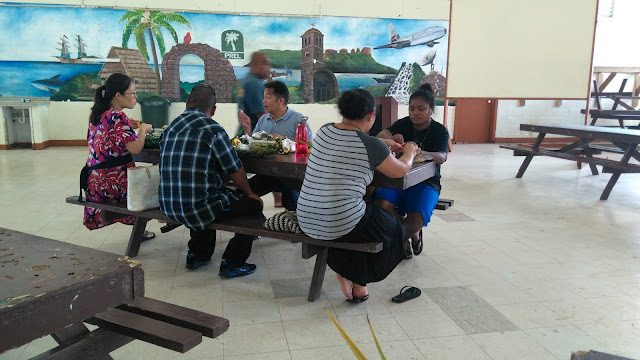 After lunch a demonstration of using the nth bounce of a ball was done as an example of exponential decay.

Attention then turned to the other previously agreed on material for today, trigonometry. 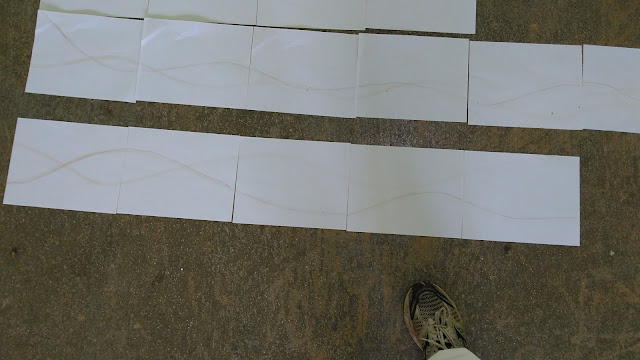 Then a RipStik was used to argue that the sine wave is more fundamental and is encountered first, ahead of the circular and angular definitions of sine, cosine, and tangent. 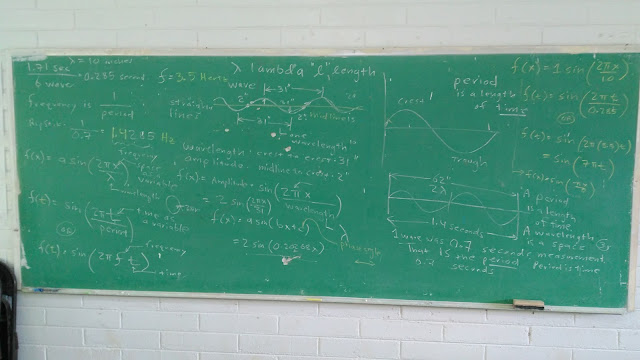 Work on the RipStik data can be seen above. This material appeared to be unfamiliar to many of the teachers. There seemed to be broad knowledge of triangle trigonometry and "SOHCAHTOA" but less broad knowledge of sine and cosine as functions, as wave forms. 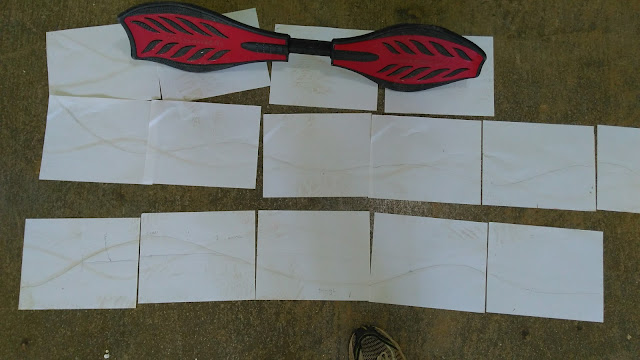 To distinguish between wavelength and period, something that many mathematics texts opt not to do, I made subsequent runs at different swizzle rates.

The afternoon wrapped up with an exploration of projectile motion in the classroom. For the demonstration the angle of launch and time of flight were the only known variables, the launch speed was derived as was the peak height of the flight of the ball. The general form of the projectile motion equation was then derived, again, to show the use of trigonometry not in a contrived problem but in an actual physical situation. 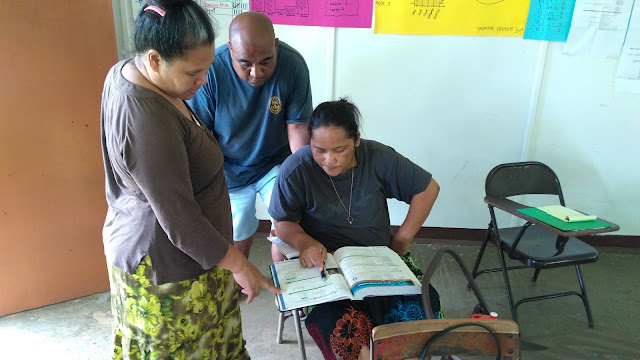 Discussion and dialog concerning material in the textbook. 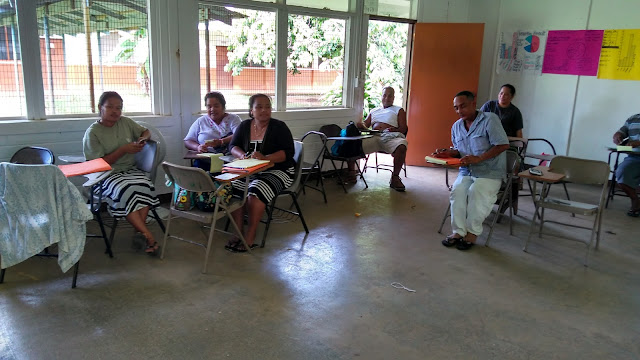 Late in the day, sunshine heating the room.