July 13, 2017
With the first use of Desmos in my summer algebra and trigonometry course, I opted to end the term with having the students put together their own creation in Desmos. I provided minimal guidance to the students. 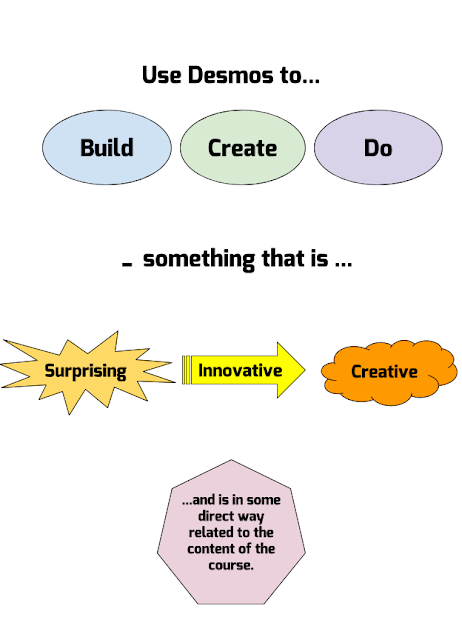 I wanted this to be as wide open as possible. I too am still learning all that Desmos can do. I did set up a preliminary marking rubric for the exercise and made this visible in Schoology. 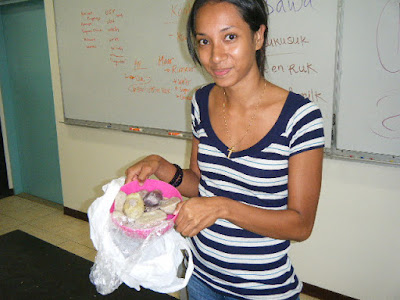 I introduced the assignment by showing the class an image of a student from my ethnobotany class in 2010. A class in which I had noted that learning to present was an important skill and capability in their future lives. Even when I said that, I would not have imagined that the student in the image above would be presenting to the Green party at a convention in Berlin a short seven years later. I showed the algebra and trigonometry class the speech in Berlin and then noted that they too might one day be presenting before such a gathering. 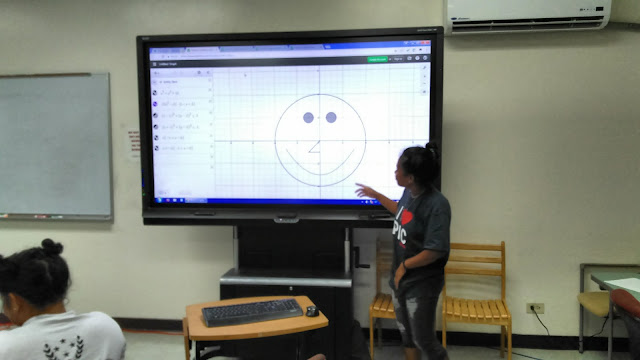 The students used the Sharing link capability in Desmos to submit their Desmos creations via an assignment in Schoology. I then opened each creation from Schoology.

Some of the creations were more basic, but still involved some interesting elements. The smile on 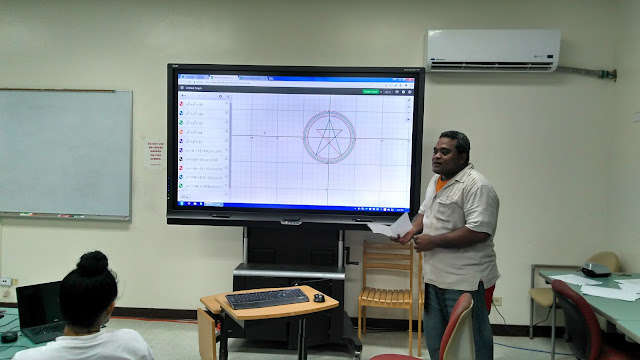 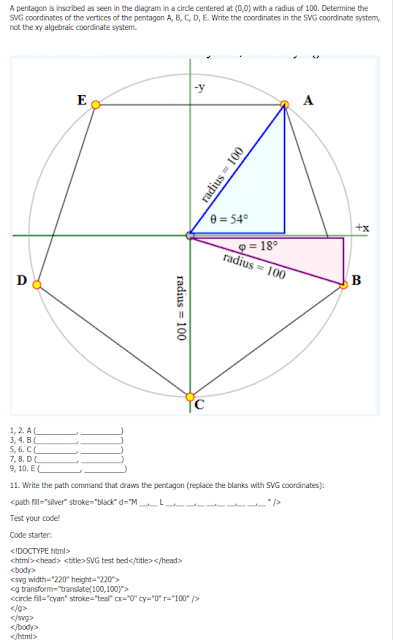 The class used the Online HTML Editor to handle code and automatic dynamically updated display. The editor supports SVG in HTML and makes the coding process fully interactive. I use SVG as a vehicle to demonstrate a practical application of trigonometry.

One presentation in particular caught me by surprise. I think I had at one time stumbled onto the fact that sliders can be "played" but had not remembered this capacity of late, although the "play" icon is sitting there to the left of the slider. Ms. Katsandra Shed was very creative, integrating an image and running music in the background with functions in Desmos animated in rough synch to the music. This took some custom setting of the slider steps. 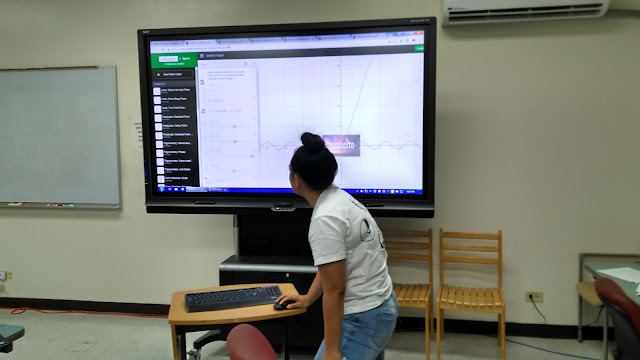 Katsandra setting up for her presentation