May 04, 2017
During December 2016 the ethnobotany text supporting  SC/SS 115 Ethnobotany was rewritten to be both mobile friendly and off line tolerant. 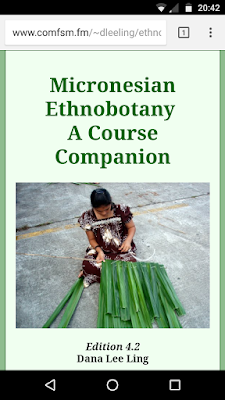 Retaining multi-platform mobile friendliness essentially requires using a web page format. Downloadable files and viewers for such files will be problematic on the more basic smartphones or tablets that students here typically own. Web pages can also be easily tested for mobile friendliness. 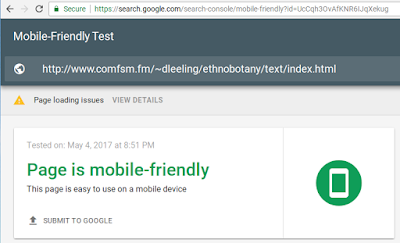 Off line tolerance refers to the lack of Internet availability in the homes of many students.  Thus the text functions best for students as a single monolithic web page that the students can load into the tab of a browser and then leave that browser open to retain the text. A multi-page text linked together by hyperlinks is not an option.

Concomitant with the textual revisions was the removal of the syllabus requirement that students purchase a hard copy of the textbook, which had been locally printed. At the end of the spring 2017 term an informal survey sought to obtain insights in student choices and reactions. 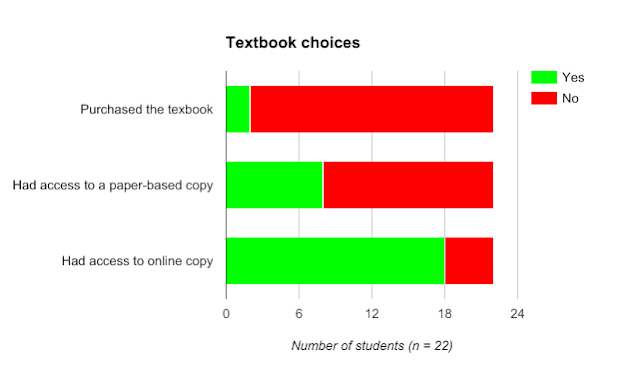 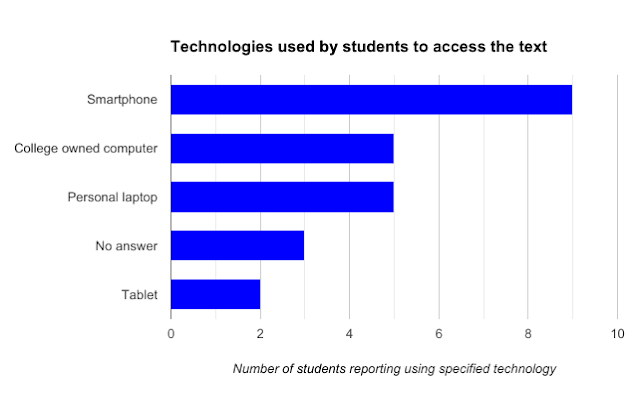 When asked what technology the students used to access the textbook, the dominant answer was a smartphone followed by college owned desktop computers and personal laptops. As a smartphone screen is the most limited in size, the design target for open access texts should clearly be smartphone technologies. As the college deploys online assets, the above usage pattern should be kept in mind. Mobile friendliness will be an essential component to successfully shifting to open access online resources. 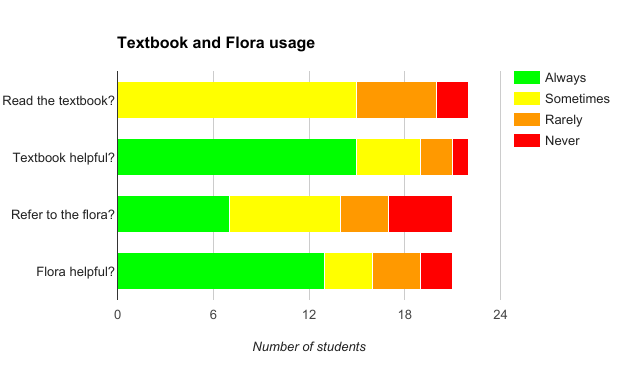 In January the textbook included a flora, a list of all of the plants in and around campus, along with images in an appendix. This greatly increased the file load size of the textbook due to all of the image files. Partway through the term this appendix was broken out as a stand-alone web page. This page is also a single web page and can be retained in the tab of a modern browser. The page was also designed to be mobile friendly, with images automatically sizing to the largest size permitted by the screen on which the image is display. The flora was a new addition and evolving edition to the textbook. With the flora now a stand-alone web page, future terms can introduce this feature at term start. Although the separated flora came into existence only partway through the term, the majority of students found the flora to be always or sometimes helpful. Note that one student did not answer the last two questions, suggesting that the student could have been unaware of the flora.